BEING wined, dined and taken out on dates may sound like fun, but searching for The One can be exhausting, too.

So it’s no surprise more women are embracing their single status and turning their backs on the dating scene. 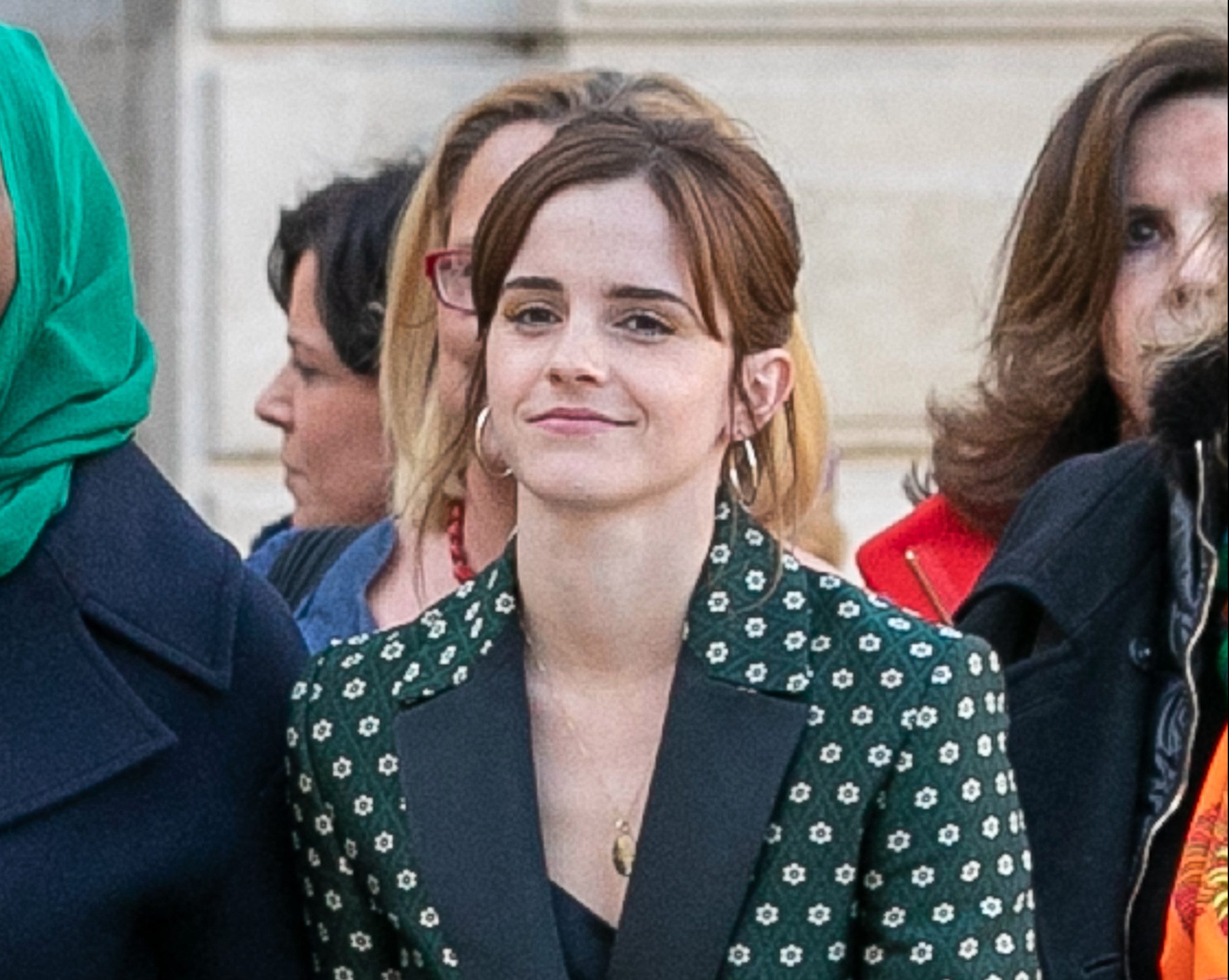 Last week Harry Potter actress Emma Watson, 29, revealed how she is happy with what she called being “self-partnered”.

And last month pop superstar Selena Gomez shocked fans when she told the world she was not dating – and not looking to, either. It turns out plenty of other women have also decided to opt out of the dating scene to focus on themselves.

Here, we meet the SANDs – Single And Not Dating – to see how declaring themselves off the market is working out for them.

‘So happy with my drama-free single life’

INTERIOR designer Sheree Davenport, 59, no longer dates after having to “mother” her last partner. The singleton, from Epping, Essex, says:

“I’ve been single for six years and have never been happier. Life as a singleton is peaceful and easy and as soon as I realised this, I felt such a huge relief. 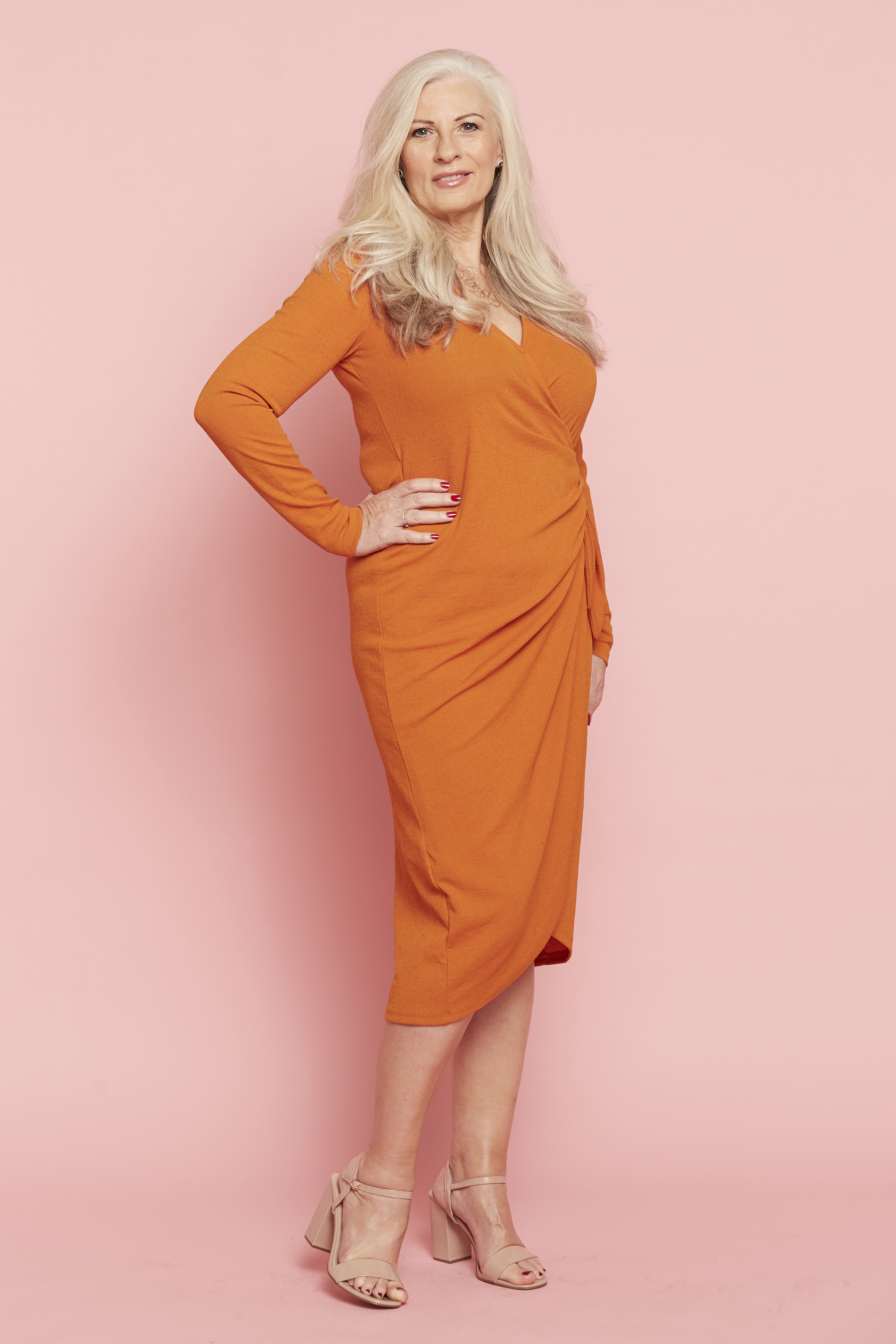 “I go out when I want, do what I want and don’t have to plan my life around someone else.

“I’ve had four major relationships throughout my life and been married once.

“All my relationships have been enjoyable for me. The last one was perfect – until we lived together.

“I was up and out at 6am running a business while he stayed in bed.

“Then I’d arrive home from work and run around cooking, cleaning and running around after him. I felt like a mum rather than a partner.

“When that ended, at first I thought I should get straight back to dating. I considered giving up going to the gym after work so I could try to figure out internet dating or meet potential partners. 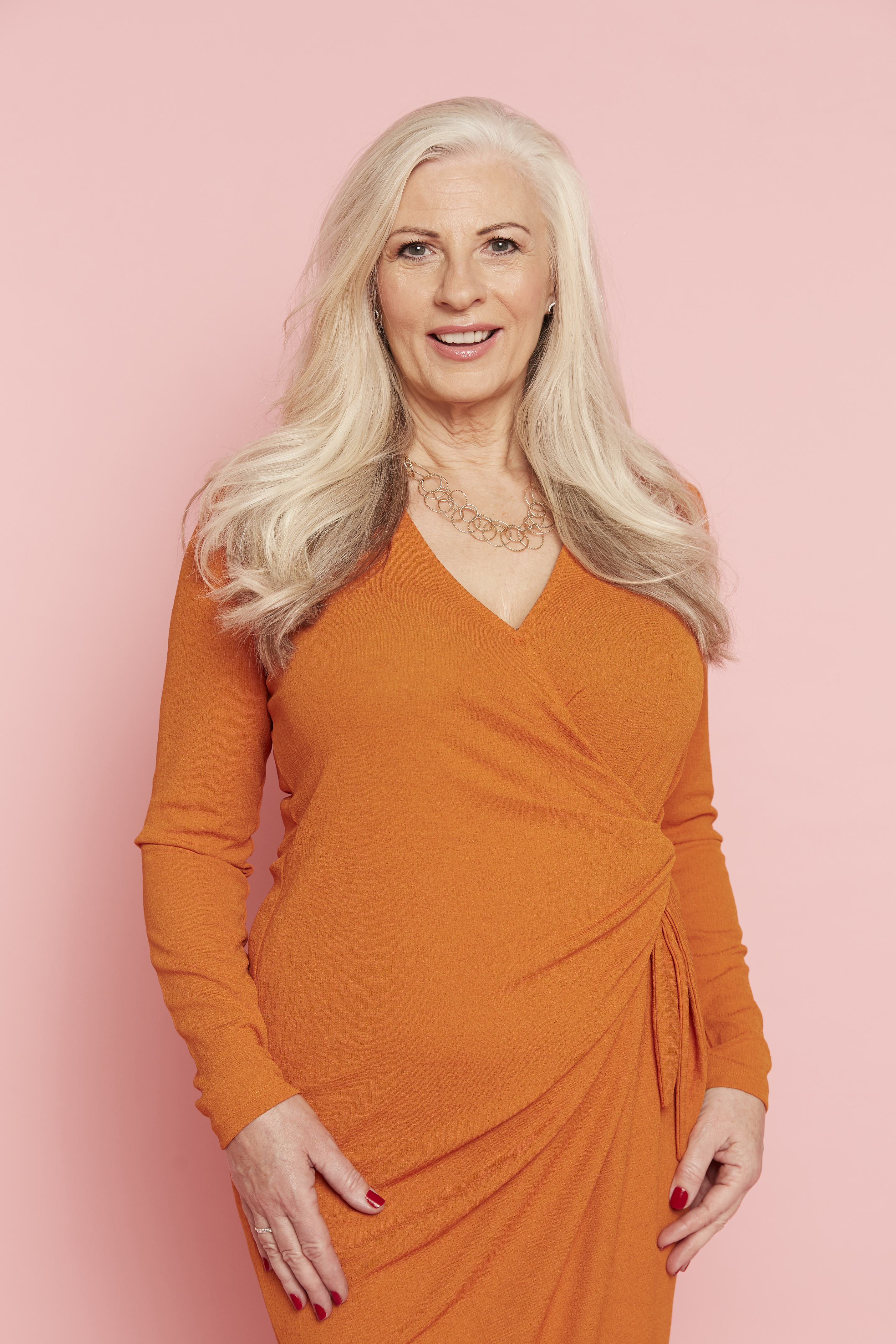 “But then something clicked. I realised that when I did have a partner, I had little time to myself, and now I don’t have one that could all change – if I stopped dating.

“Since then I’ve been really enjoying life. I go to the gym daily, cook what I want to cook, watch what I want to watch on TV and don’t worry about the future or whether I’ll be living alone or not.

“Instead I enjoy my own company and that of my friends and family.

“My friends suggest dates but I won’t entertain it – and I can’t get my head around internet dating.

“I’m never lonely because I cram so much into each day. I look after myself too and even treat myself to the odd spa day or shopping trip.

“As a single woman facing the future I choose not to date and I’m so happy with my drama-free single life.”

‘I can be fully focused on me’

SHANELLE BANTON, 26, an NHS secretary, gave up searching for a partner three years ago. She lives in Lewisham, South East London, and claims she gets chatted up every day – but that her suitors can never keep up with her. She says:

“LIKE most women, I used to have the fantasy of ­finding The One, getting married and being together for ever. But not any more. 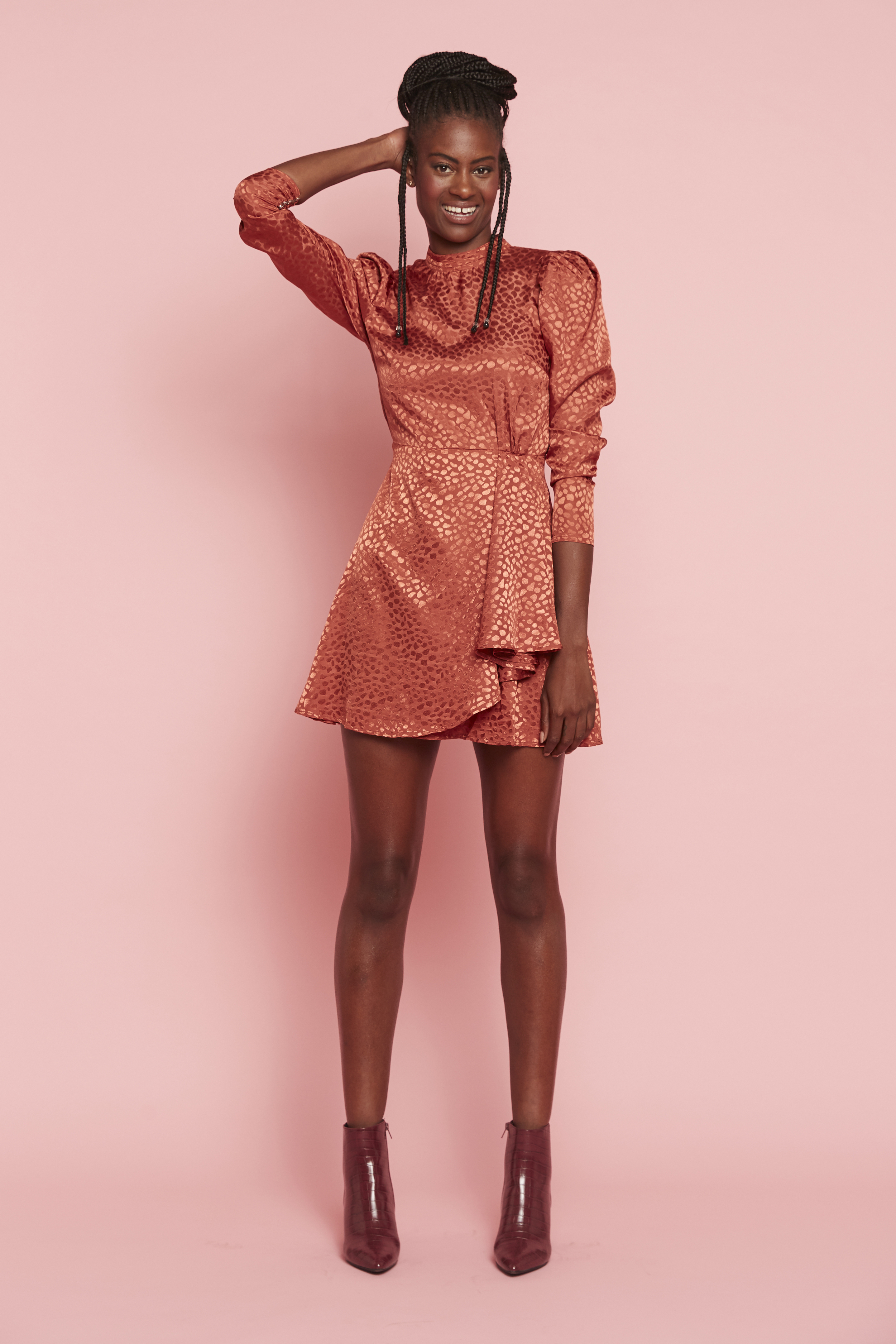 “As I’ve reached my mid-twenties, I’ve come to realise I don’t want to spend all my time trying to find one person to settle down and have a baby with.

“It’s not because I don’t want that life, it’s just that men of my generation can’t keep up with me. Most of the ones I meet comment on my looks rather than my achievements or opinions.

“Once I get talking about my career, politics or all the activities I love doing, I can see them losing interest or not being able to contribute. And as soon as I see that glazed-over look, I’m out of there.

“That’s why, three years ago, I decided to stop dating. I’m a strong character and don’t want to waste my time trying to impress men who just want an easy relationship with a wallflower.

“I’ve had one significant relationship, which ended in disaster because he wanted to be in control all the time. That wasn’t for me. 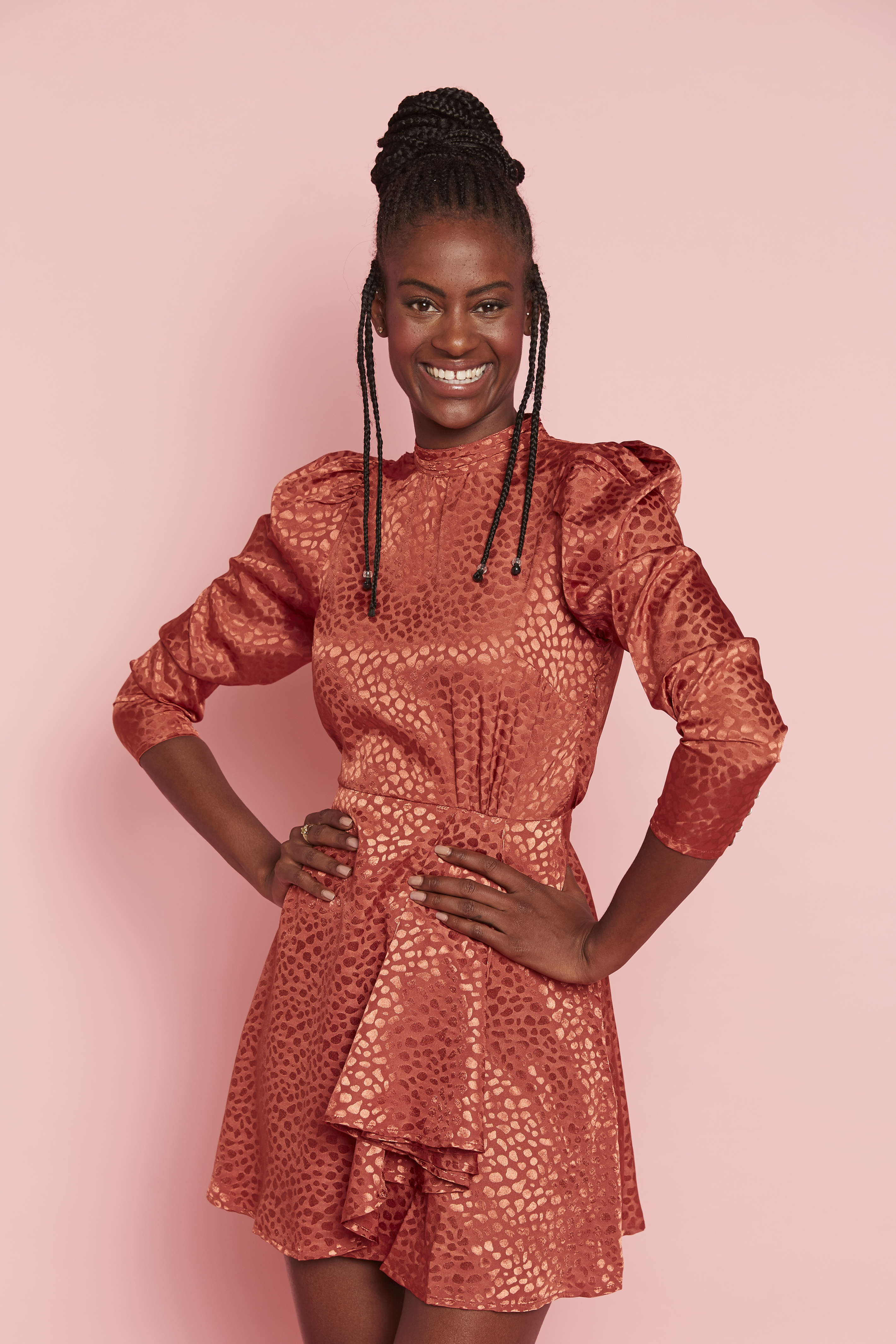 “I find relationships and dating is hard work. That makes me sound down on all men, but I’m not. I just don’t think my personality suits dating.

“It’s not that men don’t approach me either. I get chatted up every day. But I’ll usually politely end the conversation or tell them I’m not interested.

“I’ve just graduated with a Masters degree in international marketing and I’m going to Paris next month. That’s why I don’t have time for a guy to ask me what my favourite colour is or what animal I would be. It makes me cringe thinking about it!

“My mum is happy for me but she drops hints about grandchildren. Who knows? One day. But that doesn’t mean I have to start the search for their dad right now.

“By not being preoccupied with men, I can be fully focused on me.”

‘I don’t have time for love or men’

MUM-OF-THREE Lydia Wheatley, 40, has given up dating to focus on her career. The swimming teacher lives in Croydon, South London, with daughter Aliyah, 15, and sons Jordan, 21, and eight-year-old Jayden. She says:

“I WAS with my youngest son’s dad for four years and we split in 2013. In a relationship I found I just couldn’t focus on my career. 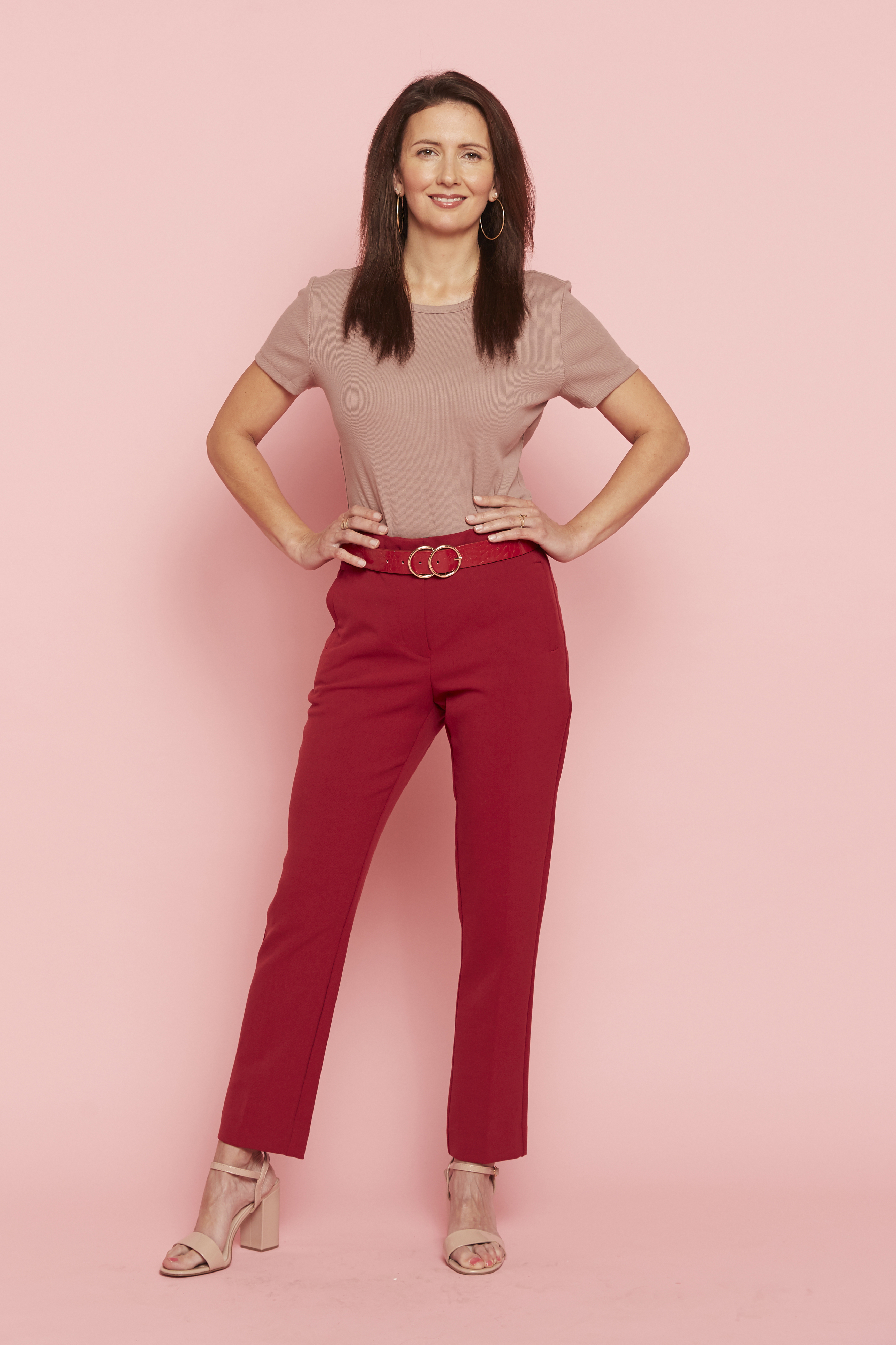 “I gave everything to make it work and when things ended I was worried about being single and getting back on the dating scene after so long.

“At first I tried to make more of an effort with my appearance and I went on a few dates but just found them so time-consuming. I felt like I just wanted them to end so I could go home and get things done.

“That’s when I realised I could just stop trying to find a guy, and focus on me.

“Nowadays the only “dates” I have are business meetings.

“I’m really into health and fitness and have wanted to develop my ideas for years and that’s exactly what I’ve been doing, alongside my swimming teaching.

“I get more excited by a networking meet-up than a romantic liaison.

“I have my evenings to send emails or come up with designs and use other spare time to arrange meetings. 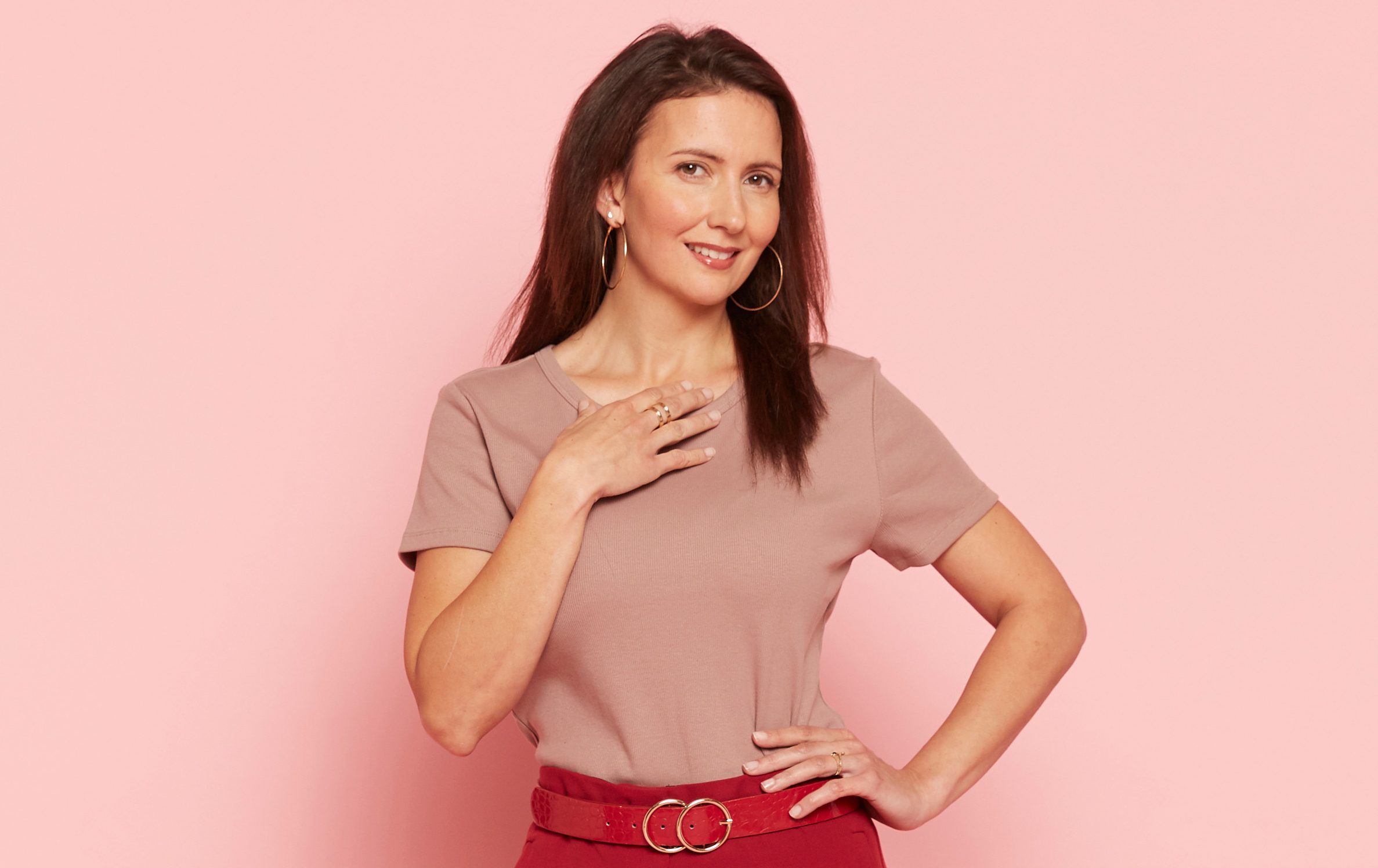 “Looking back, when it came to my career I never felt supported by my ex-partners. That’s why I’m spending the next decade completely date-free to focus on my new business venture and children.

“I don’t have time for love or men.

“That doesn’t stop guys asking me out, though – and recently I was approached by a guy who was 21. Of course it feels nice, but there are more important things in my life now than dating.

“I wouldn’t entertain internet dating as I’m very suspicious of choosing who to meet based on what they look like.

“My friends have given up trying to set me up, too. They think I’m mad for choosing to be single, but it’s made me happier than I ever was dating.”

‘No time, energy or money for dating’

CARE assistant Barbara Vaughn has chosen not to date after going through a divorce two years ago. The 33-year-old lives with her three-year-old daughter Gabby, in Lewisham, South East London, and reckons she has no spare time or money left over for dating. Barbara says:

“I DON’T know where the last two years have gone. I work round the clock in a care home and am raising my daughter as a single mum, so I don’t have much spare time, if any. 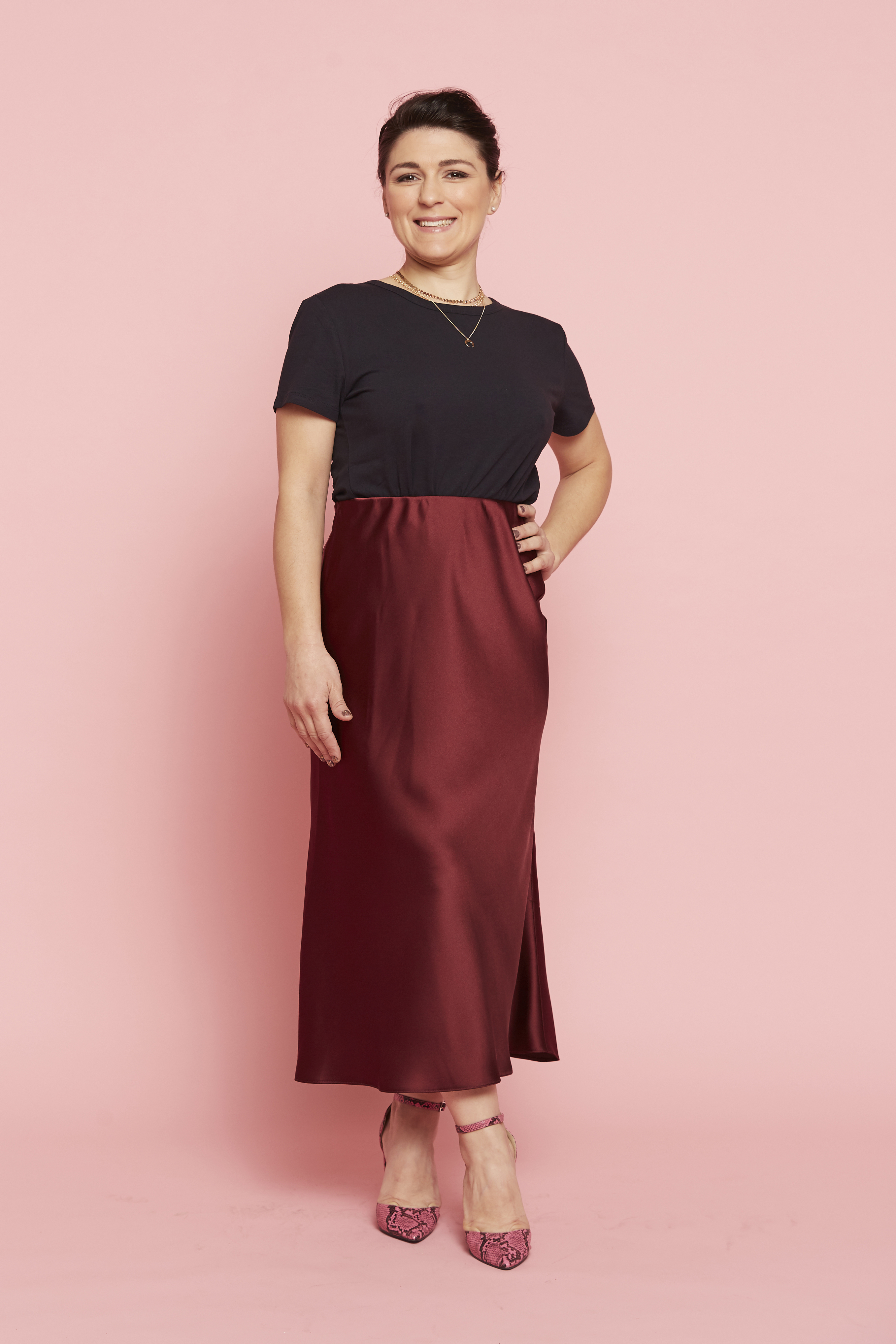 “I split from my husband of two years in 2017. We were a mismatch – I can see that now – and I haven’t once thought about dating since.

“Planning a wedding, going through the big day and being married, then having it all come crashing down, really doesn’t make you want to date.

“Divorce is costly and, as a single mum, I’ve been supporting myself and my daughter financially.

“I don’t have the time, energy, or money to think about dating.

“My friends and work colleagues are constantly ­trying to set me up but people don’t realise it’s not something I can fit into my life.

“And I don’t want to. I’ve got a hectic social life with my daughter, mums’ meetings and other friends who are mums. 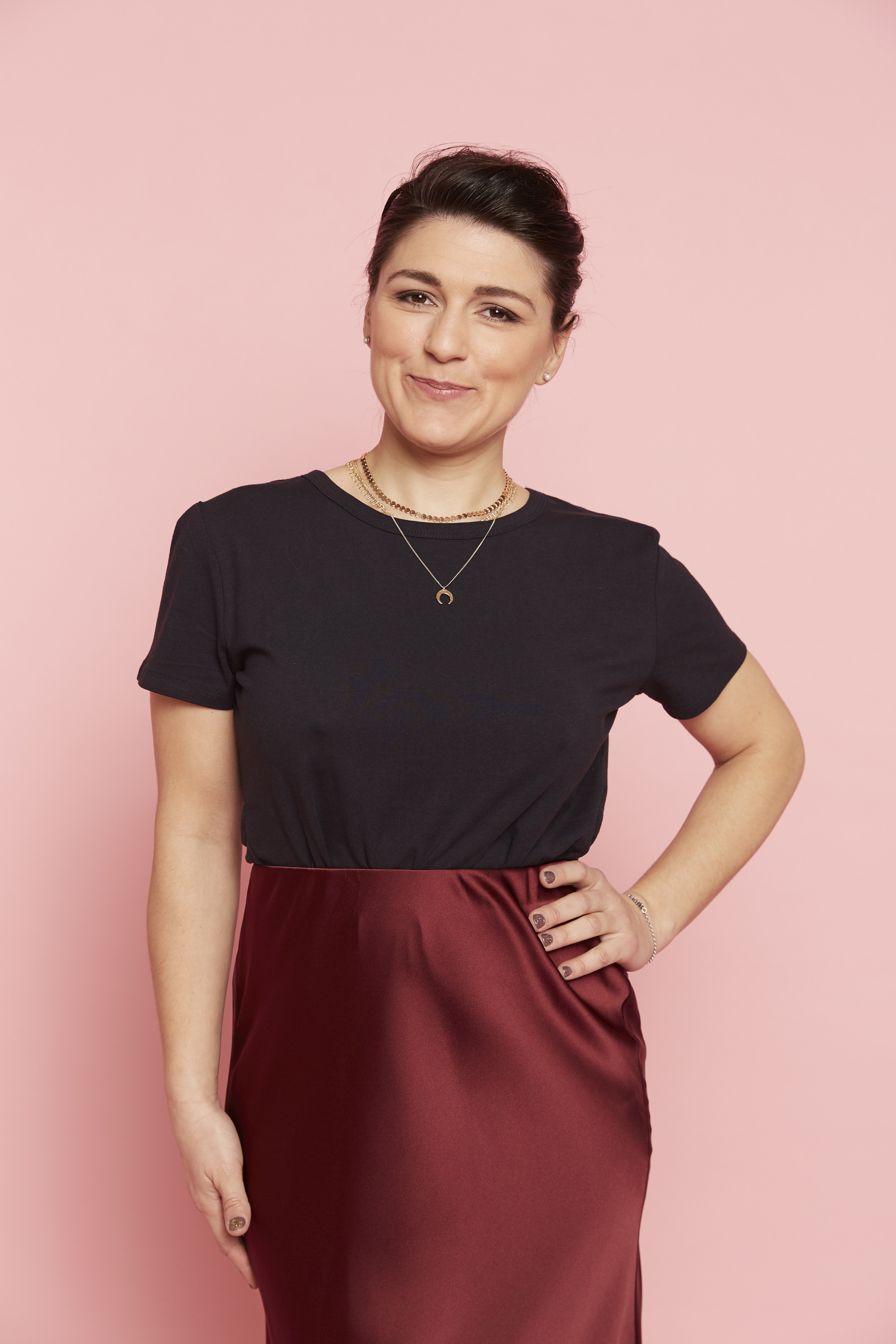 most read in fabulous

“I can’t imagine how tiring it would be, emotionally and physically, to throw dating into the mix.

“While I do miss regular sex, I’m happiest at home snuggled up in bed with Netflix on. I love that I get to spread out in my double bed.

“One guy I turned down for a date warned me I’d end up single and lonely but nothing could be further from the truth. I know if I want to have man, I could. But for the moment, I’m happiest with it being just me and my girl.”