Alesha Dixon returned to British TV screens on Saturday 15 February, for the third week of live shows on BBC’s The Greatest Dancer. On the newest episode of the dance competition show, Alesha showed off her sense of style in a chic attention-grabbing mini-dress.

The singer and television personality joins Jordan Banjo as co-presenter on The Greatest Dancer.

The fashionable host will often attract lots of attention, when stepping out onto the Greatest Dancer stage, with many waiting to see each week what she will wear.

Alesha offered viewers a glimpse of her toned legs, as her eye-catching dress fell short mid-thigh. 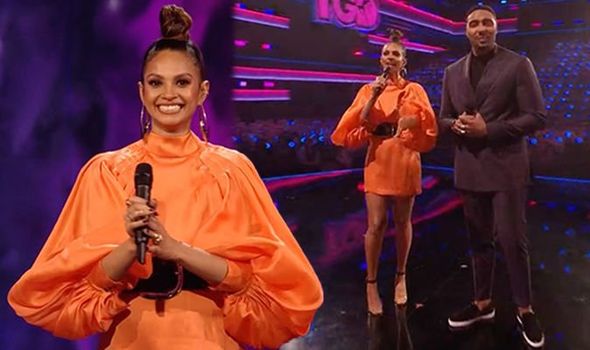 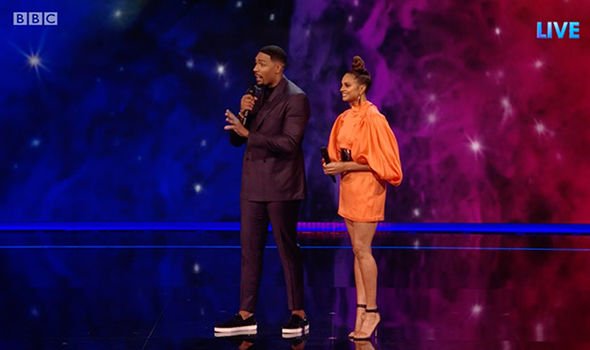 The mother-of-two chose a particularly chic mini-dress for the evening, opting for a bright colour that complimented her gorgeous glowing complexion, and showed off her sense of unique style.

The dress had a has a high neckline and long billowing sleeves which the former singer had pushed up the length of her arms to create a puffed-up effect.

To accentuate her waist, the Greatest Dancer presenter and Britain’s Got Talent judge wrapped a thick black belt with a big gold buckle around the middle.

Alesha then opted for a pair of open-toed perspex heels with black straps which added height to her petite 5ft 7inch frame.

For the evening, the singer decided to keep her accessories to a minimum.

In her ears, she chose to wear a pair of gold dangling statement earrings and opted for a few gold rings on each hand.

Meanwhile, her long, brown hair was pulled back from her face and piled high on top of her head in a tight bun.

Alesha was clearly in the mood for a party, as she opted for a glamorous make-up look for the show.

The singer decided to incorporate some of the colour from her dress into her makeup look, opting to have dark brown smokey-eye eyeshadow flaked with a tinge of orange, highlighted cheeks and a tan matte lipstick. 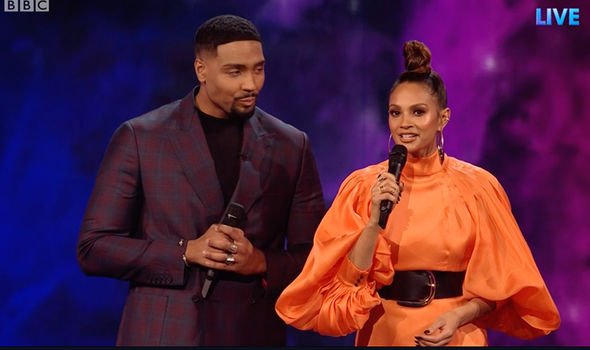 She accentuated her eyes with a coat of mascara and a sweep of eye-liner.

Last week, Alesha Dixon caught the attention of fans as she returned to host The Greatest Dancer wearing a glittery black suit.

The former singer opted for an oversized black sequin jacket that had a very low v-cut neckline.

Alesha’s heavily embellished coat had long sleeves which were rolled up to give a casual feel.

The jacket was buttoned at the front and the low cut neckline revealed a black bralet. 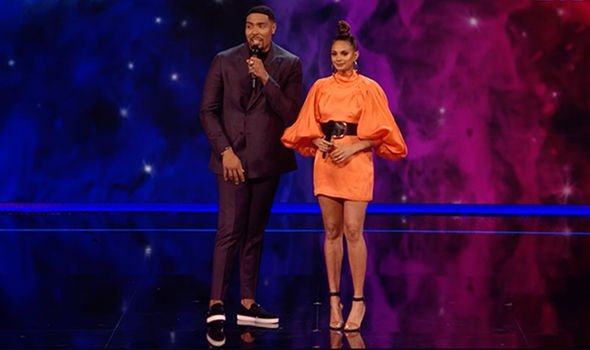 The trousers had a straight leg fit and cut off just above the ankle.

She wore her long highlighted locks down and styled into a side parting.

The mother-of-two tucked her hair behind her ear, revealing a pair of drop gold earrings.

Apart from the oversized earrings, she kept her jewellery mostly to a minimum.