Britain’s Got Talent judge Amanda Holden is set to wow fans as the series starts with her signature sassy dress sense. The TV presenter, 48, always makes her mark on the hit ITV series in a selection of bold, daring outfits, which she often uploads to her Instagram page. Previously, this has seen her criticised by some viewers, while others praise her confidence in pulling off sometimes difficult fashion trends. On tonight’s BGT, teaser images show the mum-of-two sporting a stunning mustard coloured dress, with a hemline to her knees.

The gown has a small slit down the neckline and a statement collar, which she wears up around her neck.

Amanda scraped her hair back into a relaxed up-do, with wisps of hair delicately falling out of the sides.

She rounded off her look with simple hoop earrings and a pair of nude heels.

Making sure to pay attention to every element of the outfit, Amanda ensured she had a simple yet smart manicure to complete the look. 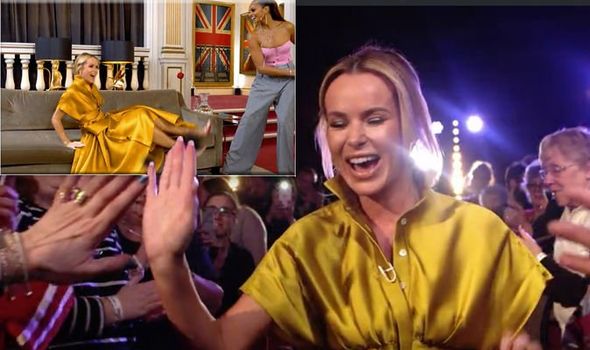 The episode will also see the return of show presenter Ant McPartlin, after he steeped away from the entirety of his TV duties during 2018 to focus on his recovery from addictions to drink and prescription drugs.

Meanwhile, in addition to former Cutting It actress Amanda’s style being put under the spotlight, so too is her co-star Simon Cowell’s figure.

The X Factor judge is now believed to have ditched dairy, gluten, and sugar in an attempt to overhaul his eating habits. 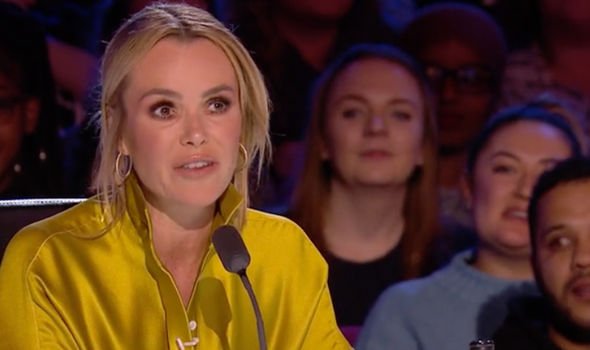 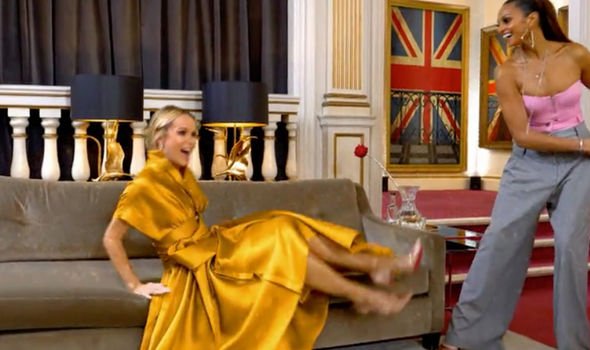 An insider claims he now has a “spring in his step” as well as a smaller waistline, after making the changes.

Simon, 59, told Extra about what his lifestyle regime entailed and said: “I went to see this guy who’s very well-known.

“And he said to me, after doing some blood work, you can’t have red meat, dairy, sugar, bread or gluten.”

Yet alcohol is not forbidden, which appeared to come as a little relief to the judge.

He added how the doctor has advised: ”’Maybe not quite as much as you had before.’”

Simon confessed: “And I did it and I stuck to it and it’s easy.”