AFTER picking the perfect dress and finding a romantic setting, brides and grooms also have to sort a wedding photographer – after all, the pictures will forever influence how you remember the special day.

That said, one pair of newlyweds thought they hit the jackpot when they staged a stunning wedding photoshoot on Lagoa de Capitolio in Brazil. 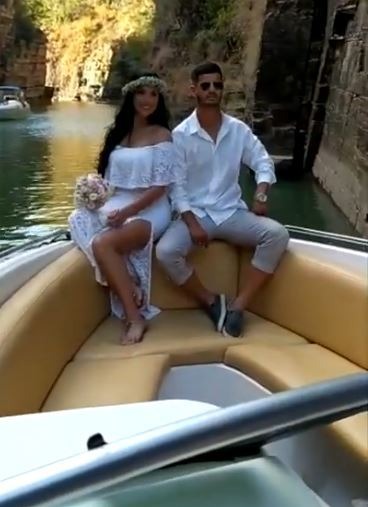 That is, until a rather rowdy boat full of people decided to impart some relationship advice that literally NO ONE asked for.

The awkward footage opens with the beautiful bride – dressed in a white lace gown and flower crown – and groom posing at the end of the boat while they peacefully floated down the lake.

At first, the first boat that goes past the couple appears to be cheering them on.

After a few seconds of yelling, one person can be heard shouting: "Ah no, no, no, do not marry! It's not worth it!" 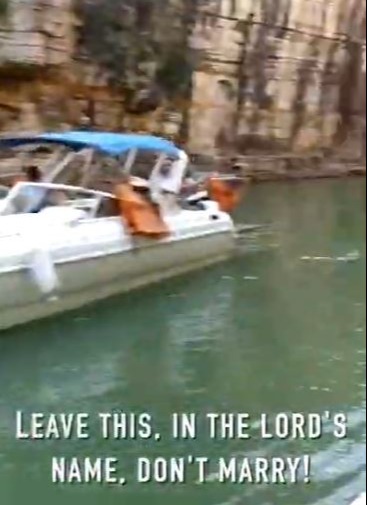 Another added: "Leave this, in the lord's name, don't marry!"

Meanwhile, a third chanted: "Marry if you're crazy!"

Luckily, the bride and groom – who were stunned at first- were able to laugh off the exchange.

After posting the footage on YouTube, the bride captioned the clip: "We were doing the pre-wedding [shoot], and in the beginning, we came across two strangers' boats where the humorous people started to give us some advice, lol." 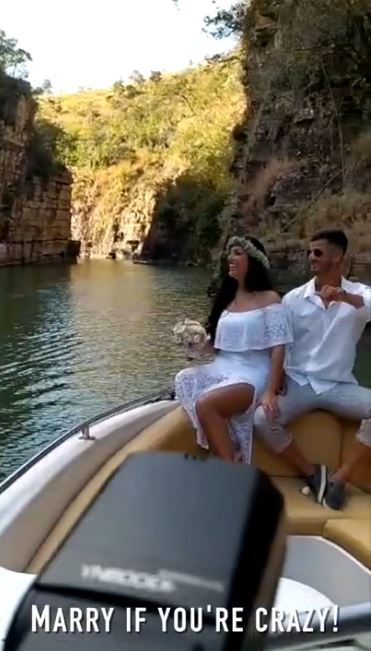 Sharing their own similar experience in the comments, one YouTube subscriber wrote: "Strangely, my first marriage at 21, we were in the hotel lobby right after, me still in my dress.

'This woman saw me and laughed at me and pretty much said how stupid I was. Five months later, he changed his mind for really dumb reasons (basically, he was not husband material, never married again), and broke my heart really badly.

"I was 15 years younger than him, clueless. I think back to that moment and wish I'd understood her wise words, lol."

And this wedding invite asking people NOT to wear face masks and offering a special ‘cough room’ sparked outrage online.

Plus this bride-to-be offered her guest £100 NOT to wear her pretty dress to the wedding – so do YOU think it’s too much?