The Bake Off judge has forged an impressive career as a TV chef, written recipe books, worked with Boris Johnson and now is in line for one of the Queen’s top honours. 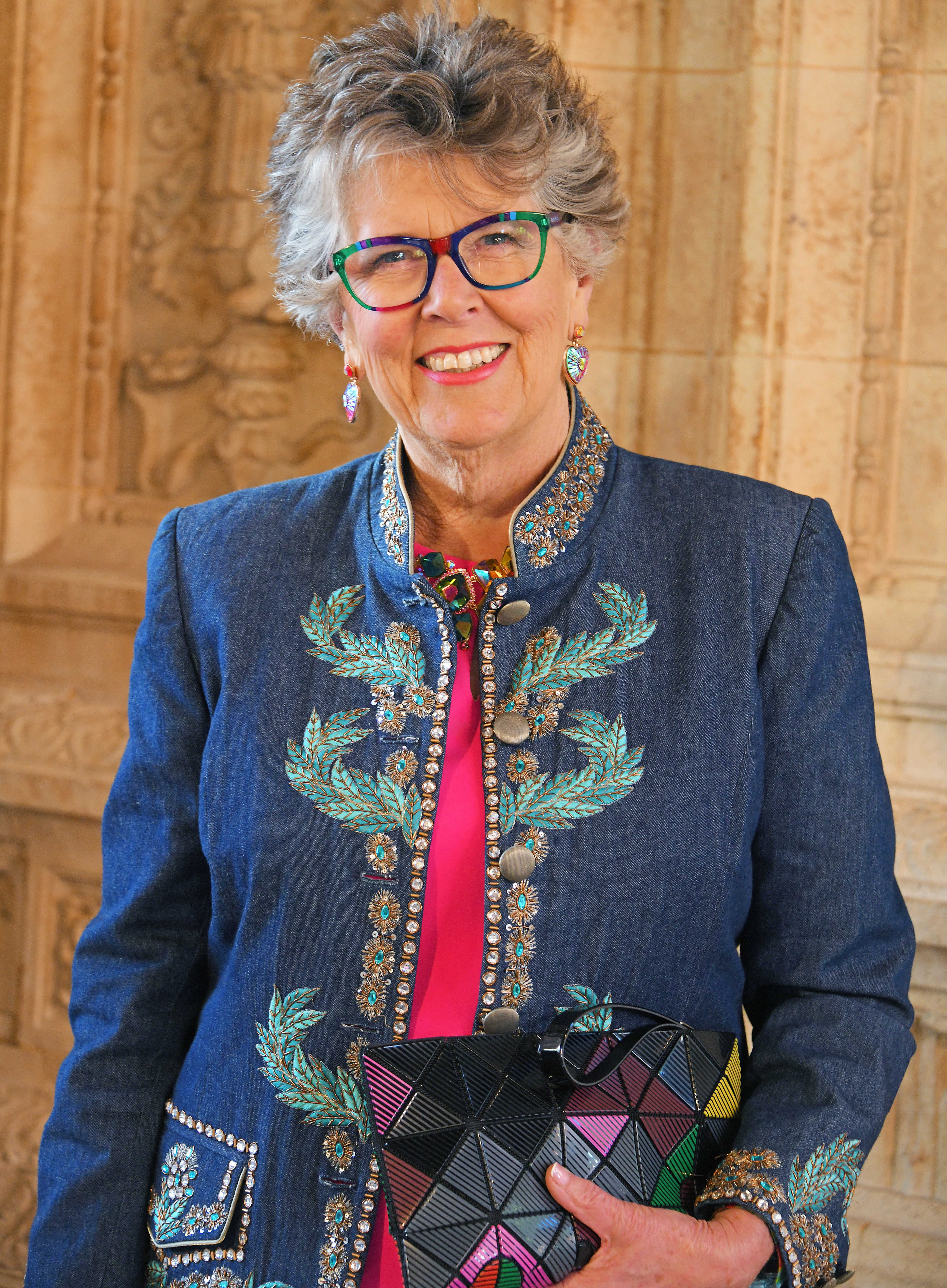 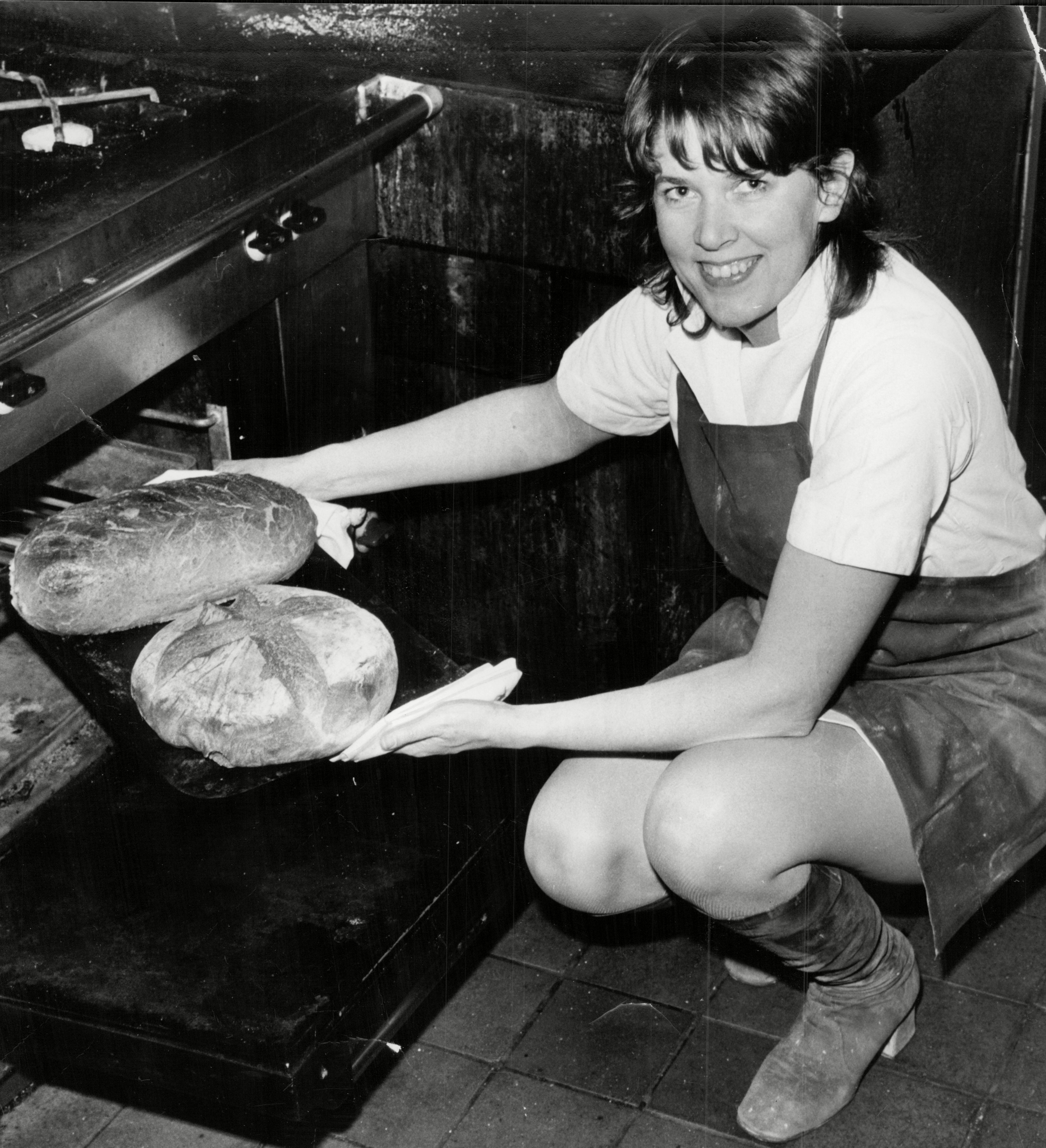 Prue was born in South Africa, where her passion for food began, and moved to London in 1960 to attend the prestigious Cordon Bleu Cookery School.

After being awarded an OBE in 1989 and a CBE 21 years later for improving British culinary standards, she joked: “The damehood’s still waiting.”

But now, the Bake Off star – who took over from Dame Mary Berry when the show moved to Channel 4 in 2017 – will have her wish granted.

While many are used to the 81-year-old’s wisecracks and cheeky innuendos on the TV, many will be unaware of the star’s surprisingly salacious past.

Prue had a 13-year “secret love affair” with Rayne Kruger, a South African author and property developer, who she married in 1974 and had her son Daniel with. 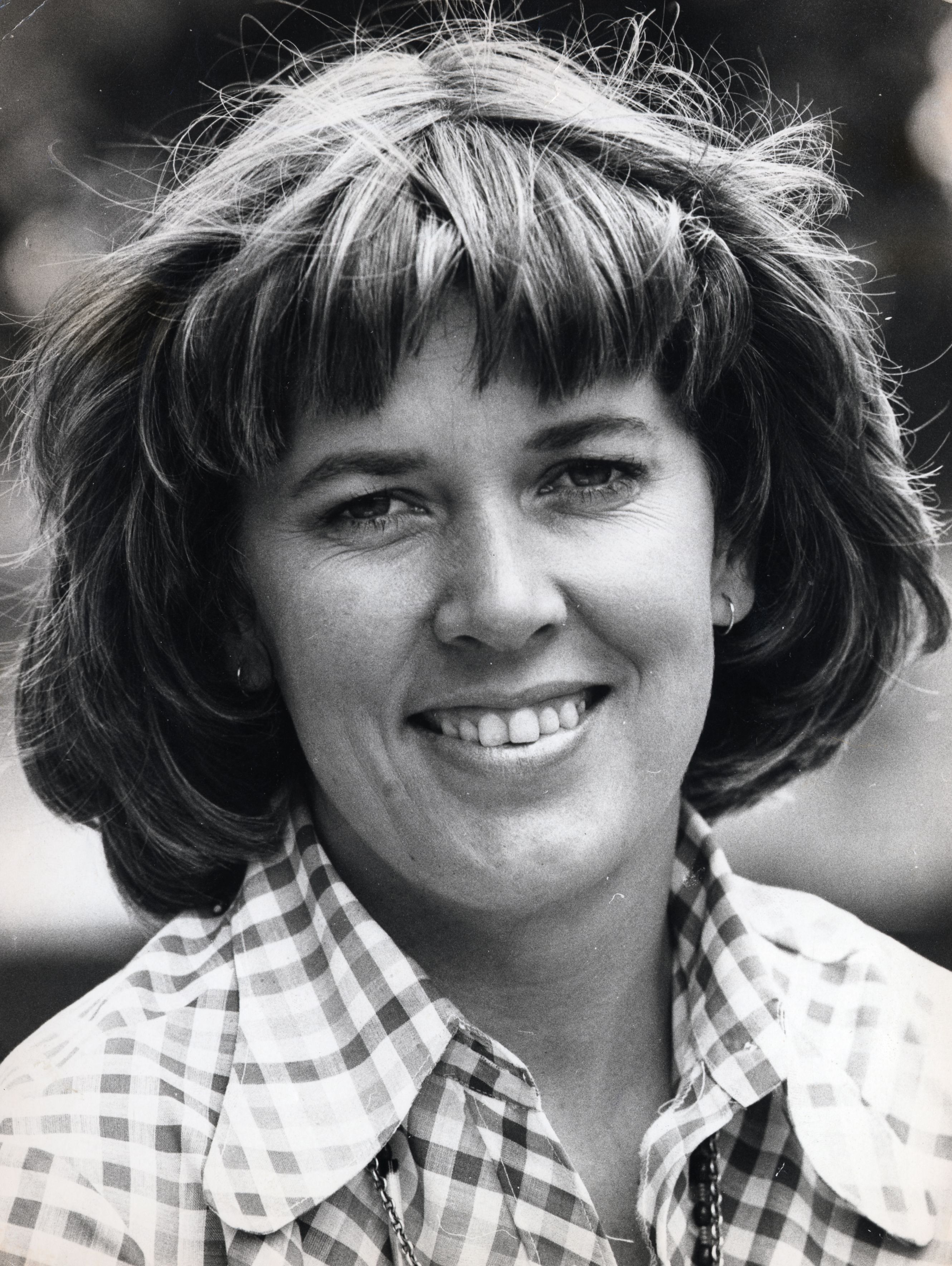 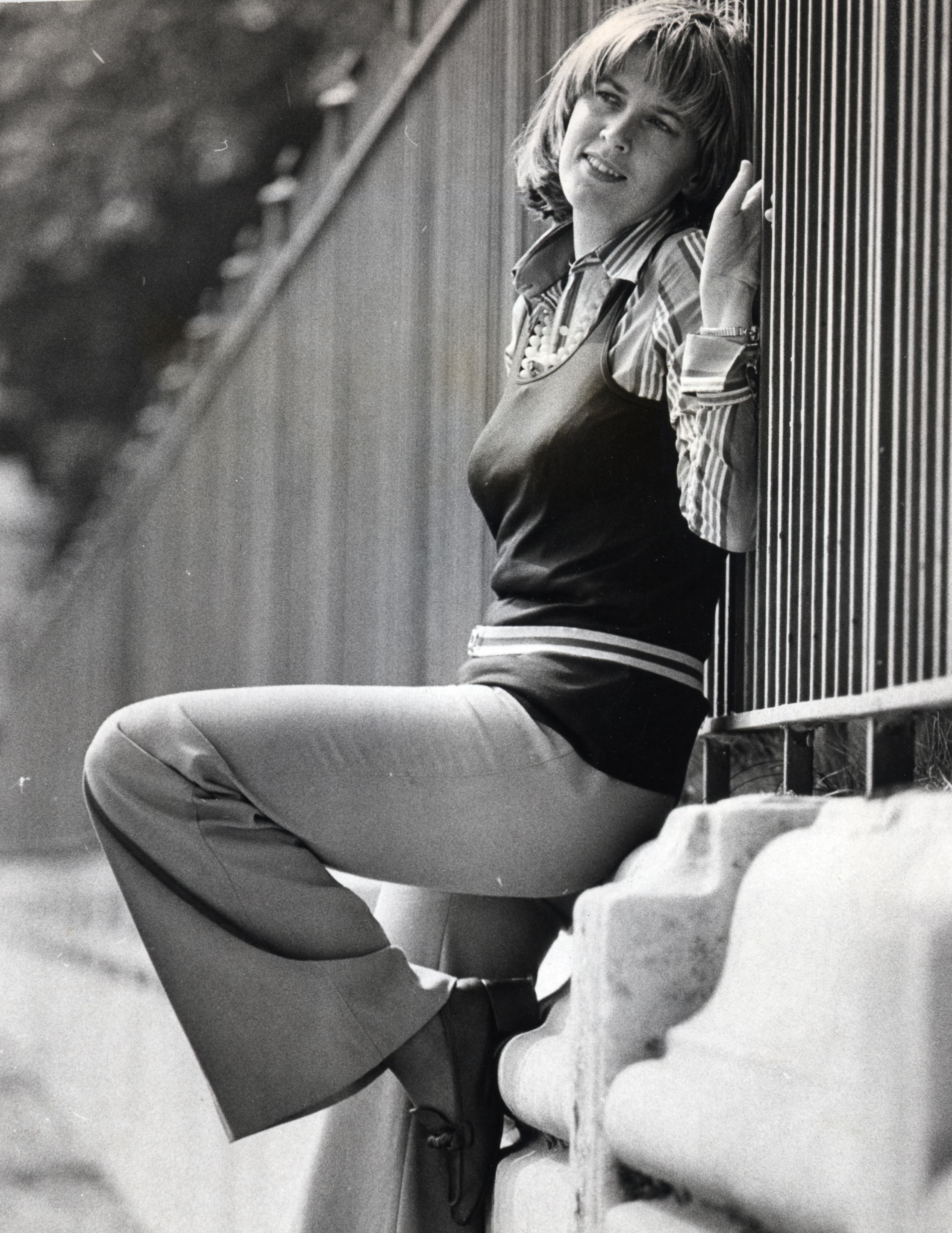 In an unusual confession, Prue described him as a “half uncle, half godfather” type figure and said their relationship was “practically incest”.

During their fling, the restauranter claimed she “never asked him to leave his wife” but when she wanted children his marriage came to an end.

This year, she told The Times: “As soon as I wanted a baby – the classic body-clock storm hit me at 33 – Rayne left Nan.”

Rayne was the husband of “family friend” Nan Munro, who was reported to be Prue’s mother’s best friend.

Prue described his ex as “an exceptional, wonderful woman” and after their affair emerged it was “tough for a while” but “didn’t destroy the family relationship”. 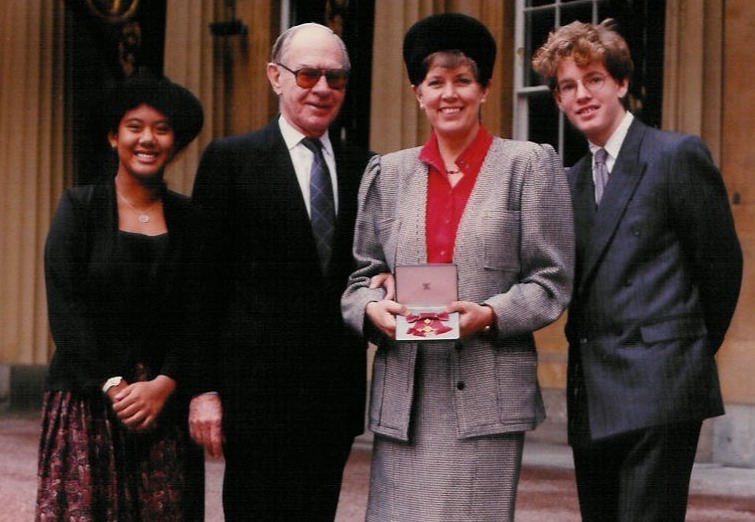 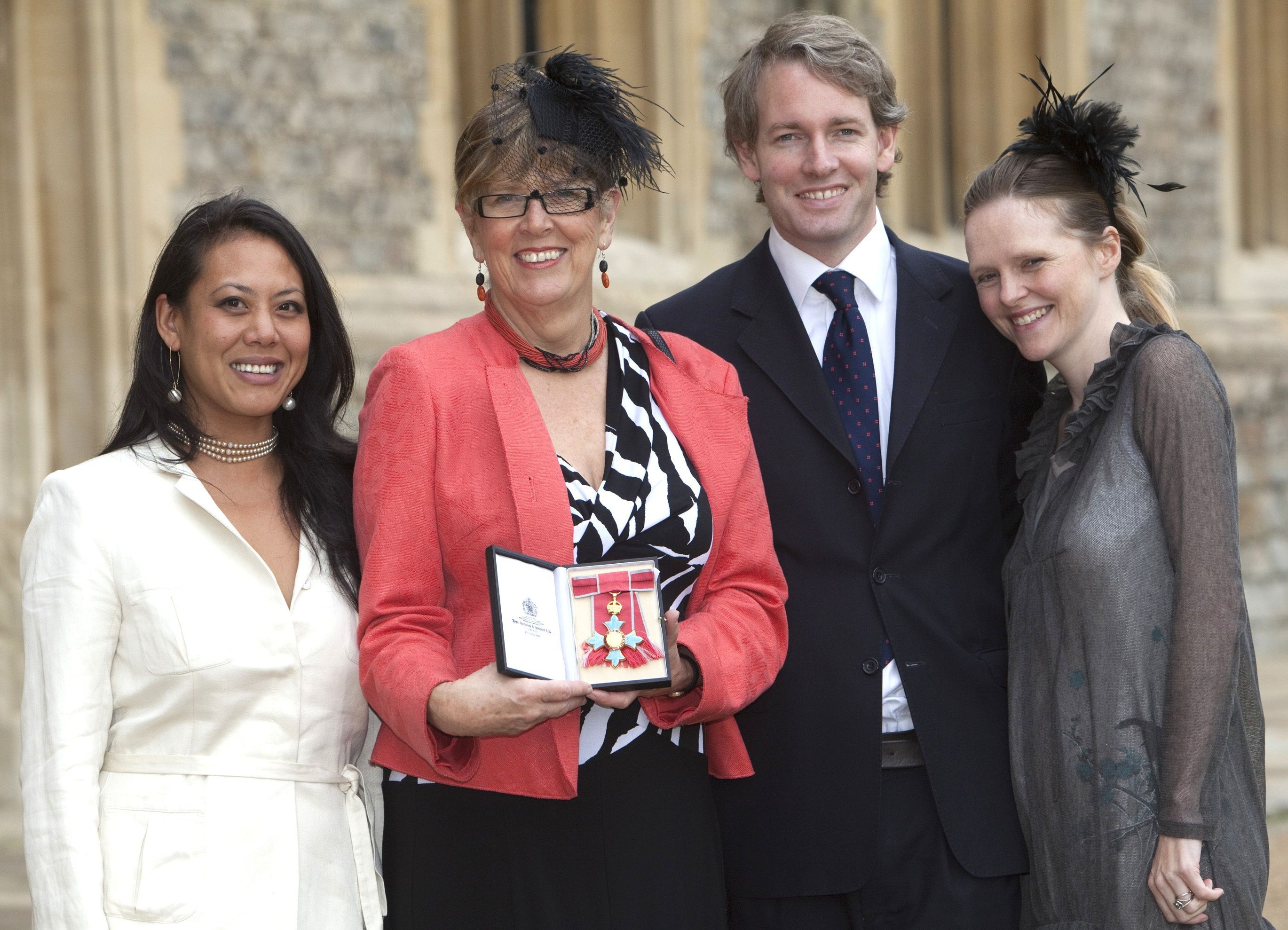 She said: “I still think it was wrong. I wouldn’t change it if I went back, I’d stick with it, but I don’t approve of adultery.”

Prue published details of her affair and other “scandal and sexy bits” in her 2012 autobiography Relish – but her son was “incredibly embarrassed” and was “upset”.

As a peace offering, Daniel gave her “a big present” but inside was a cheeky snub about his mother’s tell-all.

When Prue opened the box there was a megaphone and he quipped: “If there are still people who don’t know your secrets, here’s a bit of help.” 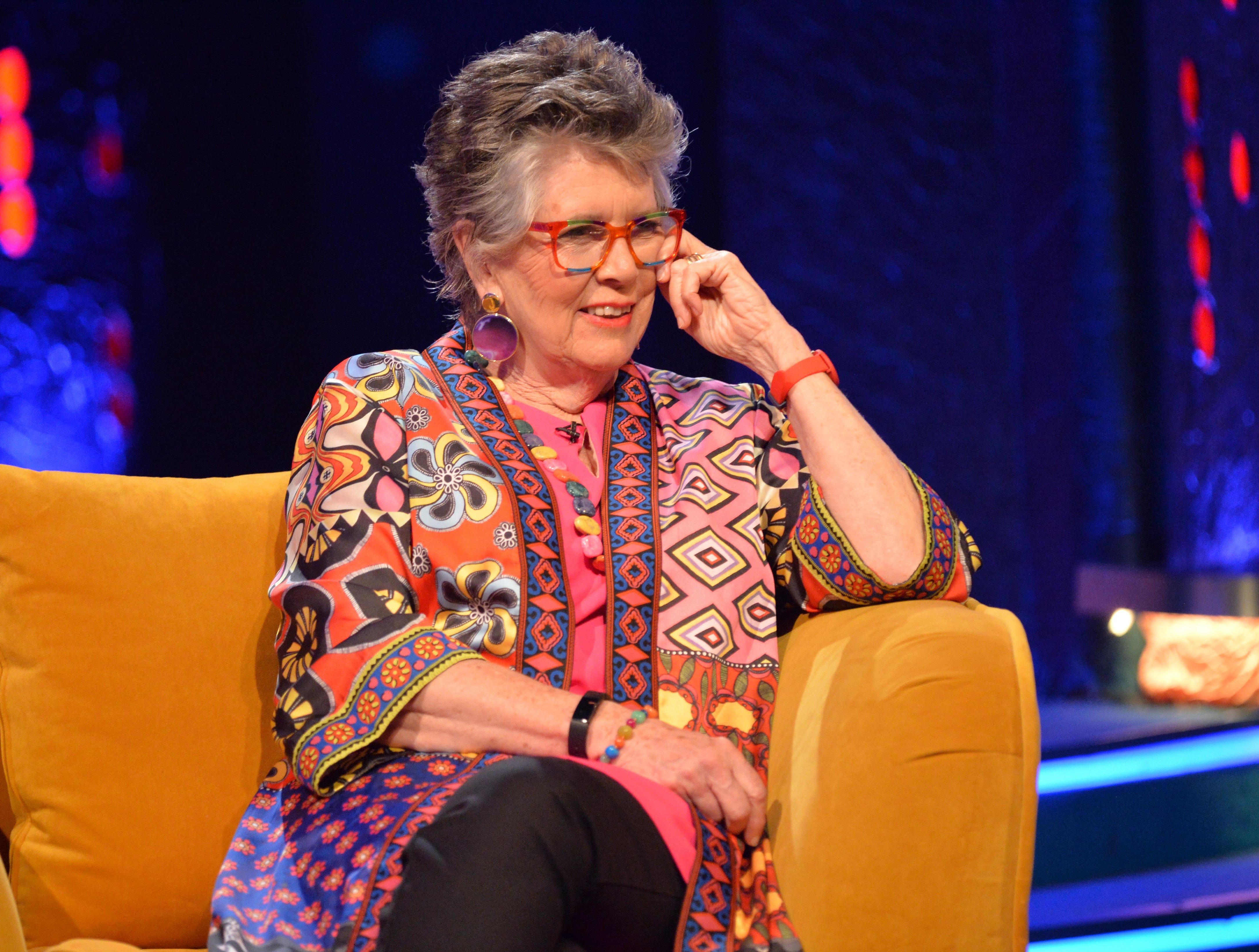 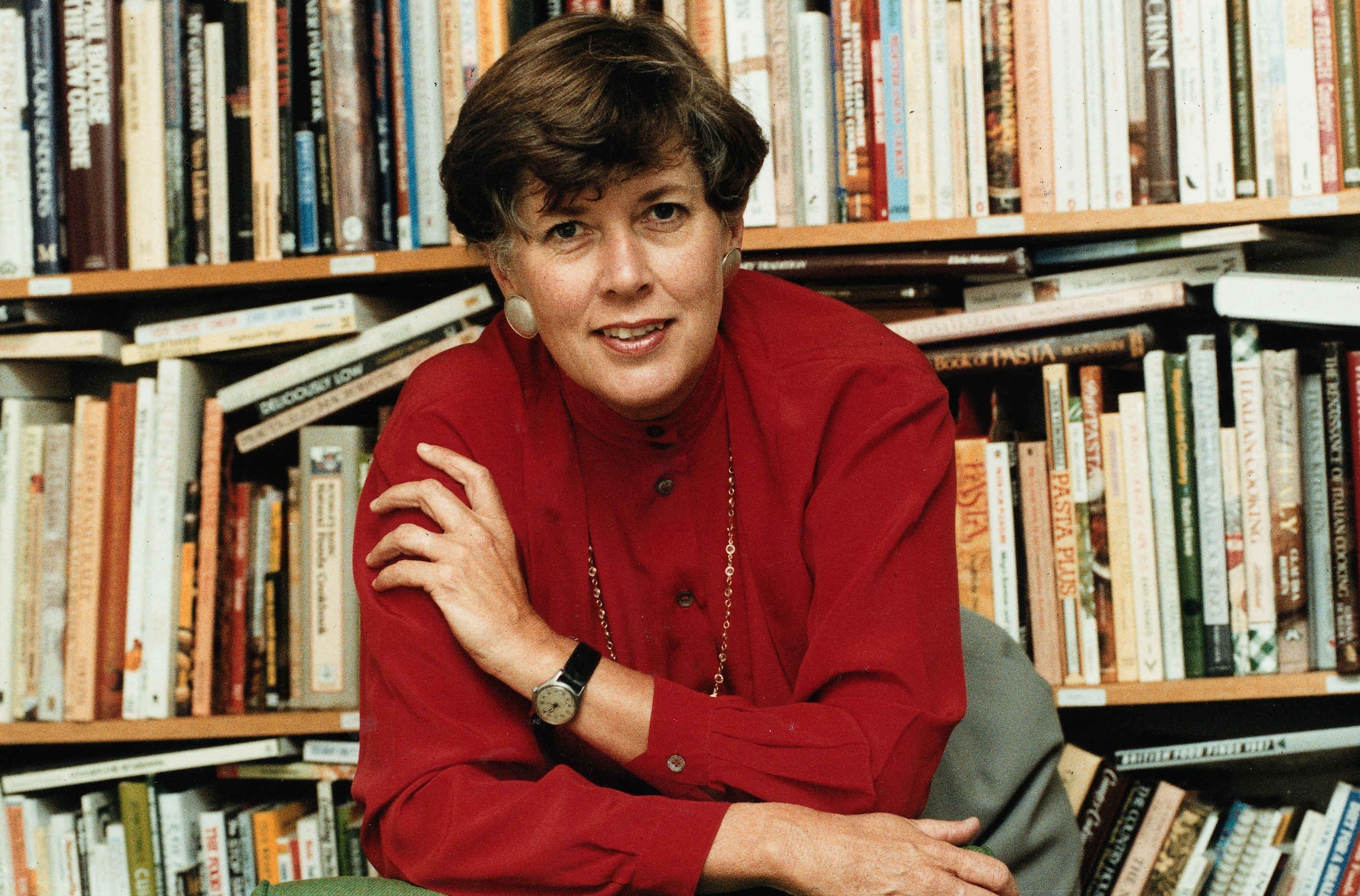 She added: “It was a good way of making up.”

A friend once described Prue as “a wholesome cook with bags of expertise… and a deliciously scandalous past”.

In her autobiography, the chef divulged some of those secrets claiming to have experimented with drugs before passionate romps with Rayne.

She revealed her lover “knew where to get hold of joints” but branded his dealers “Soho low-lives”. 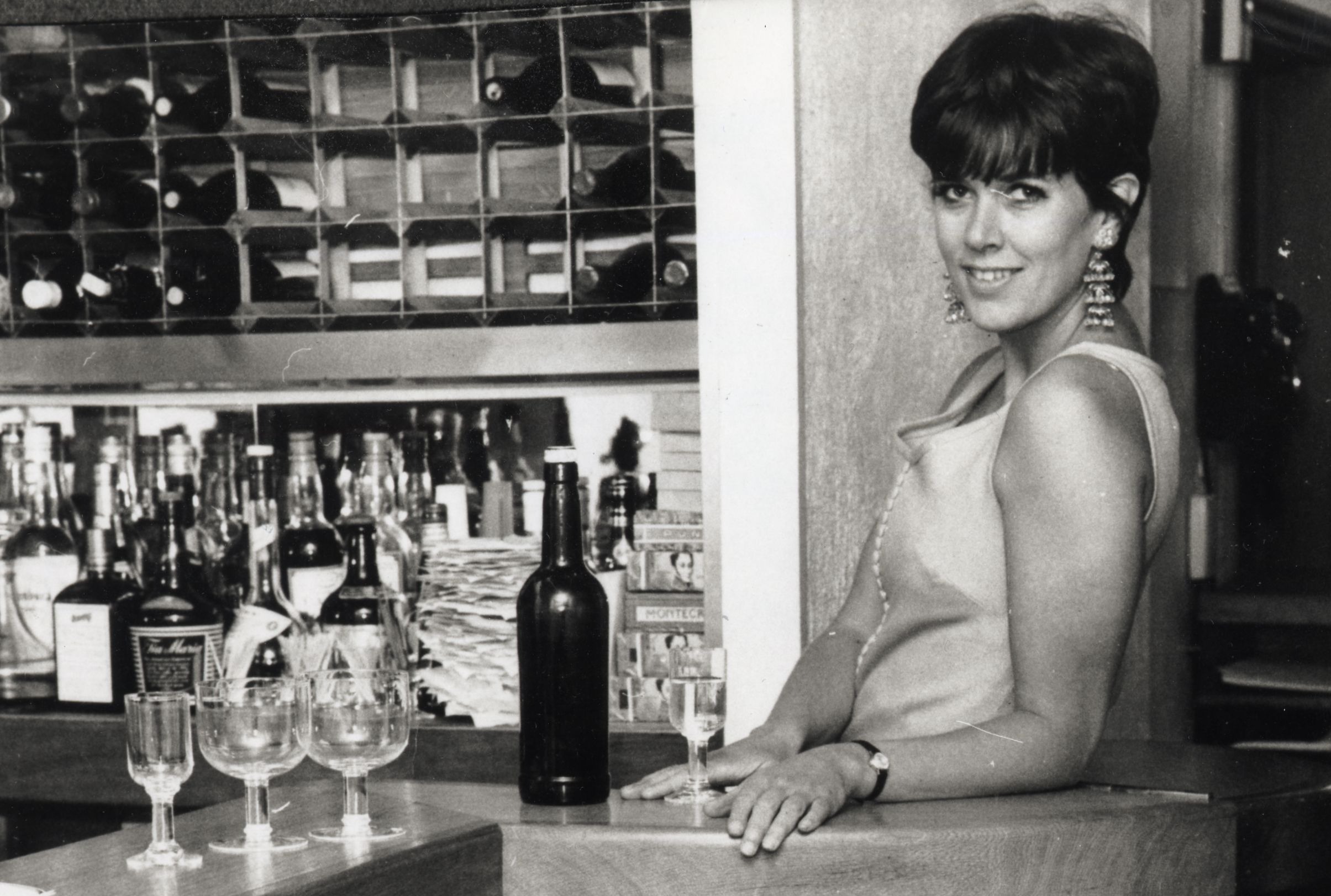 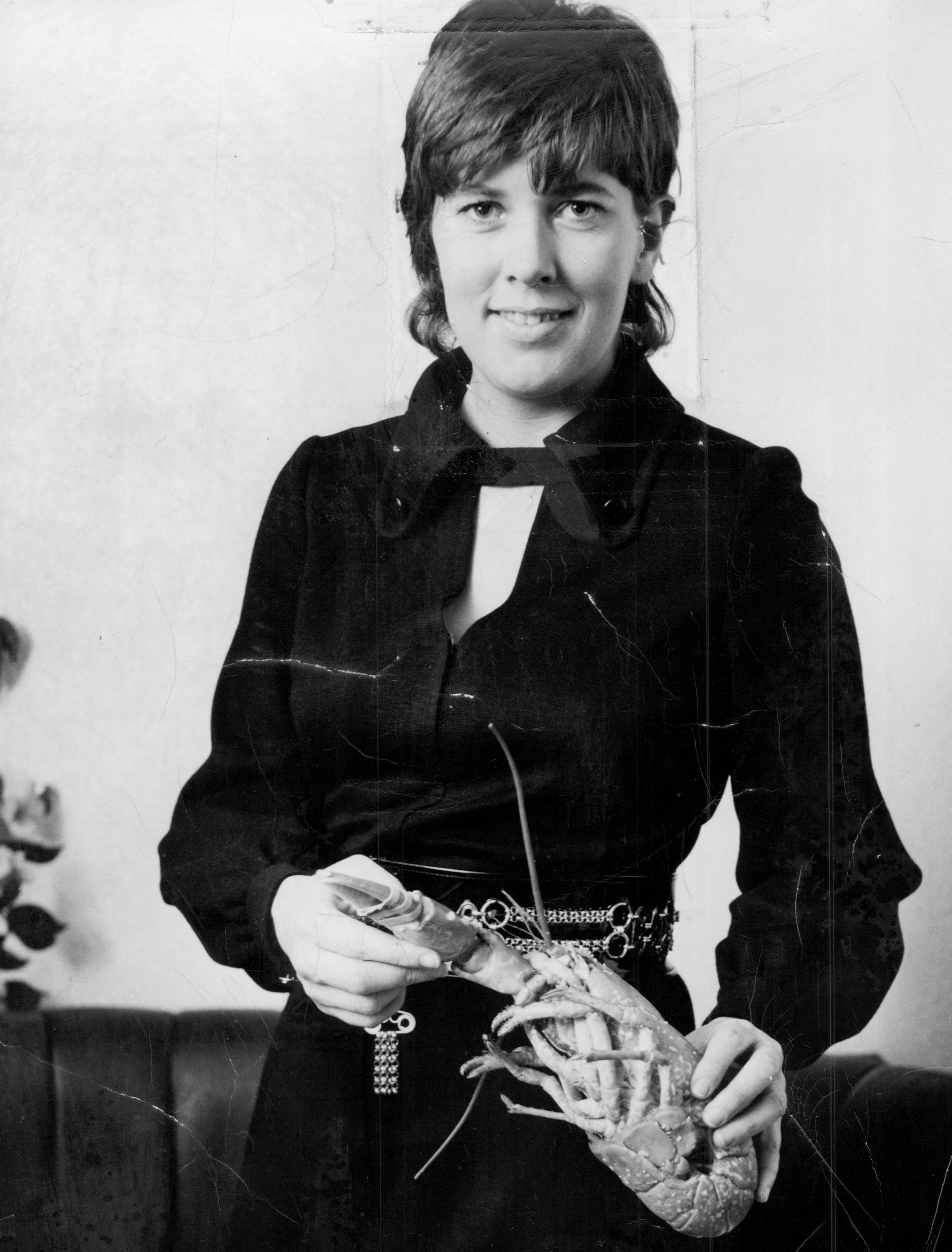 But a couple of times, things “went badly wrong” for the Bake Off star including once when she took a “white pill” that turned out to be LSD.

She recalled it being “blissful at first” then suddenly it slipped “into a nightmare of terror and hallucination”.

Prue wrote: “My arms melted, the flesh dripping off the bones. I could not even look at Rayne for fear he would turn into a devouring monster.”

The TV chef's bad hallucinogenic trip put an end to her “cavalier” approach towards drugs.

Prue revealed she lost her virginity at 15 years old and “lived with constant fear of pregnancy” during her quest of sexual discovery because of her very strict parents. 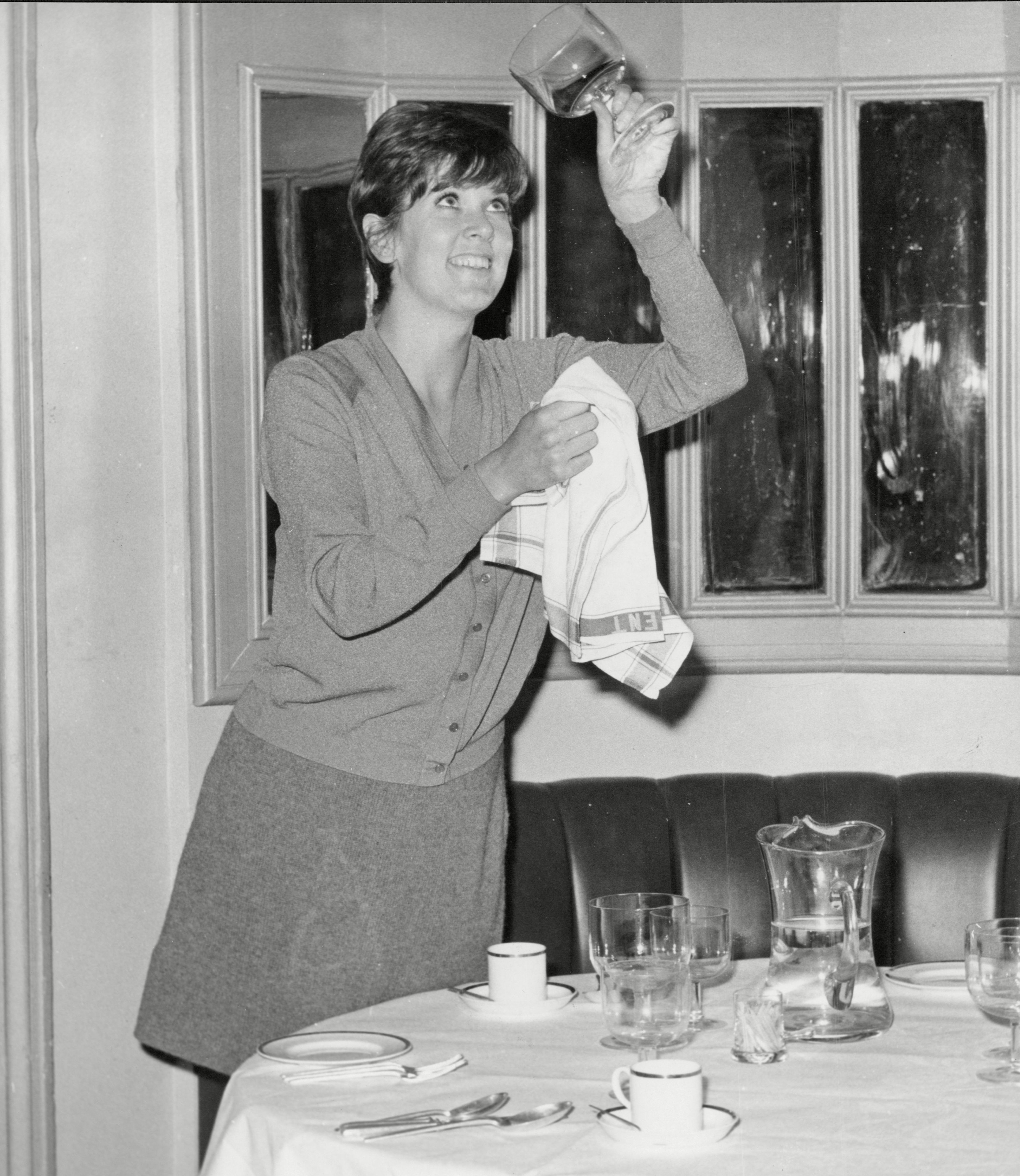 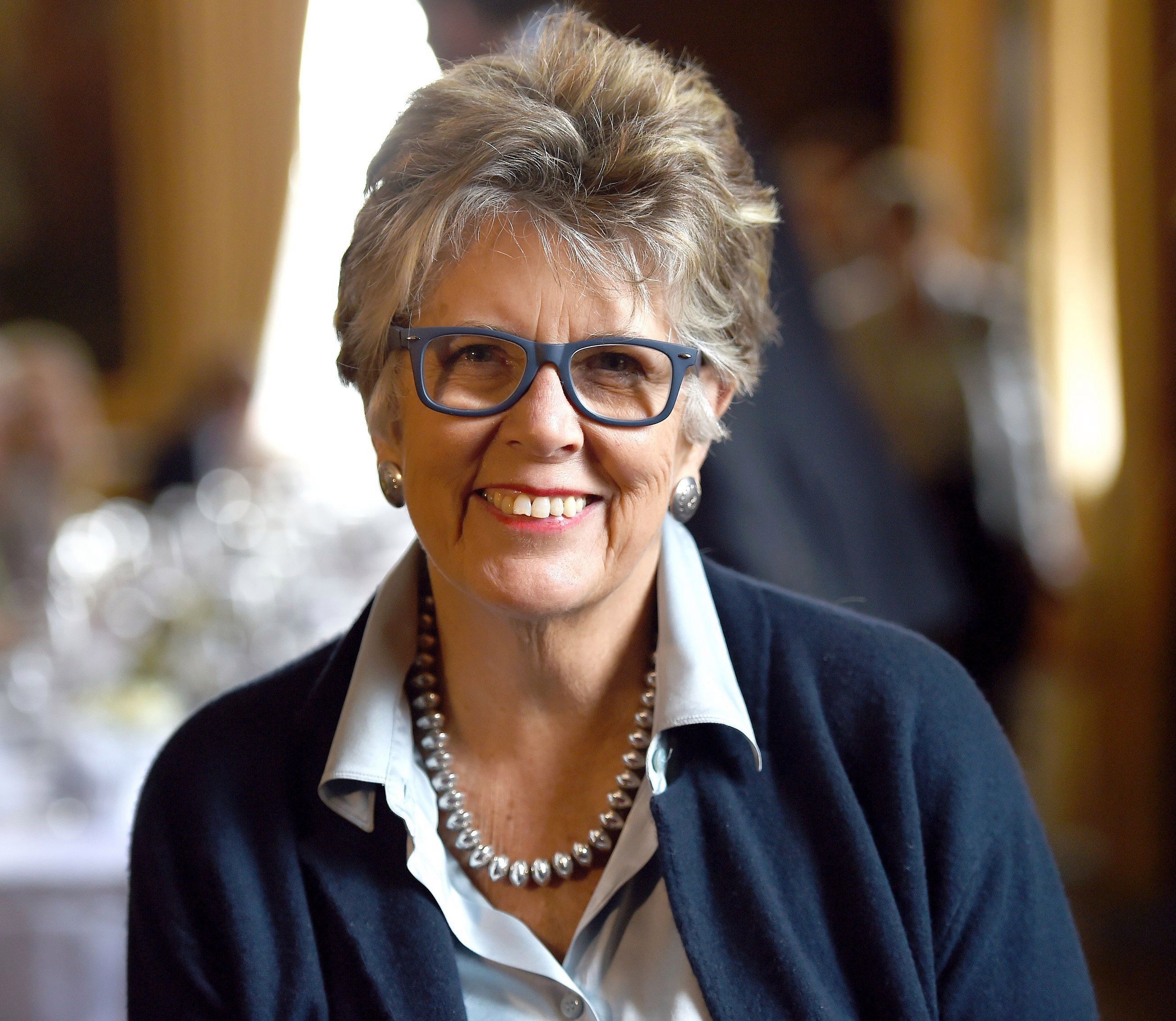 She recalled: “My father’s dictum that women who ‘did it’ before marriage were sl*ts tortured me.”

After Prue became pregnant from a fling with Guy, a circus performer in Paris, she had an illegal backstreet abortion.

She was terrified they would “stick knitting needles” inside her but when she arrived at the cafe she was given an injection instead.

Eventually, she removed them to “become less conspicuous” after men seemed to be “encouraged” by her being covered up. 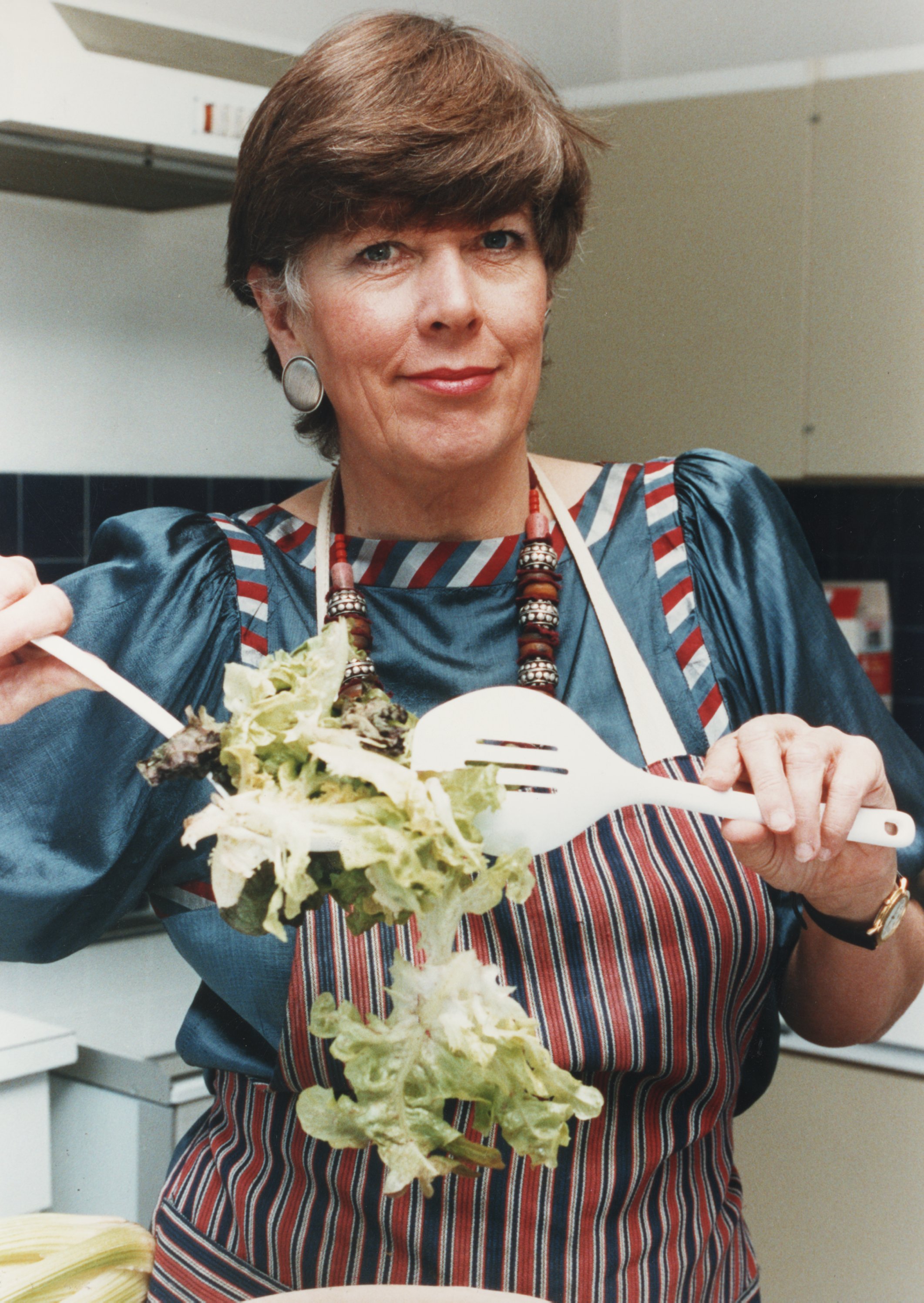 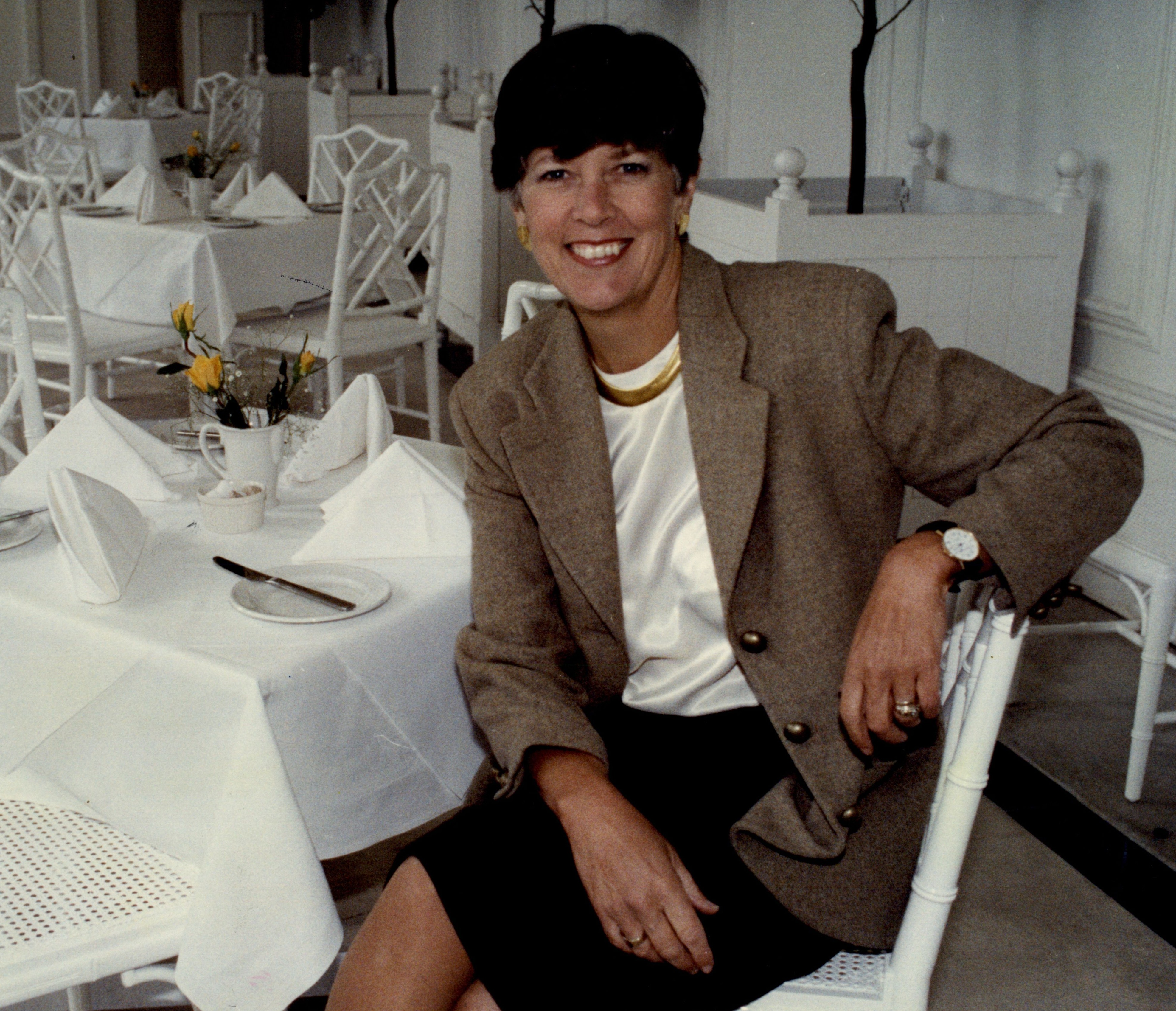 Prue recalled “young bottoms going up and down like bouncy castles” as she walked from room to room as she tried to avoid the action.

She spent two hours “trying to look as if I had a sexual tryst arranged… or was on my way to the bar or the loo”.

The timid star remembered one guy was “so proud” of the size of his penis that he “paraded about like an athlete with an Olympic banner”.

At 21 years old, Prue was asked to ghostwrite recipes for Lady Elizabeth Shakerley – the Queen’s first cousin once removed. 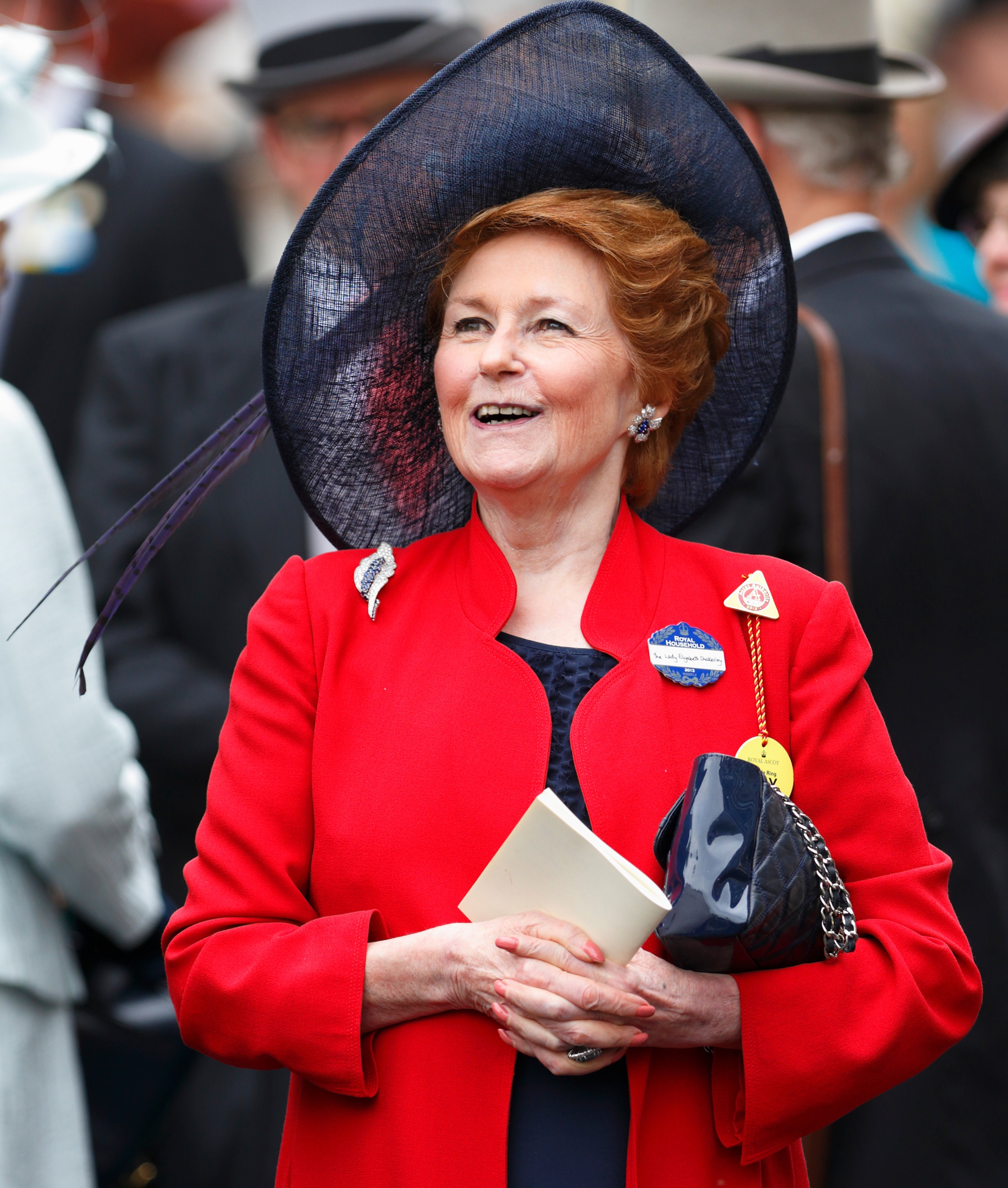 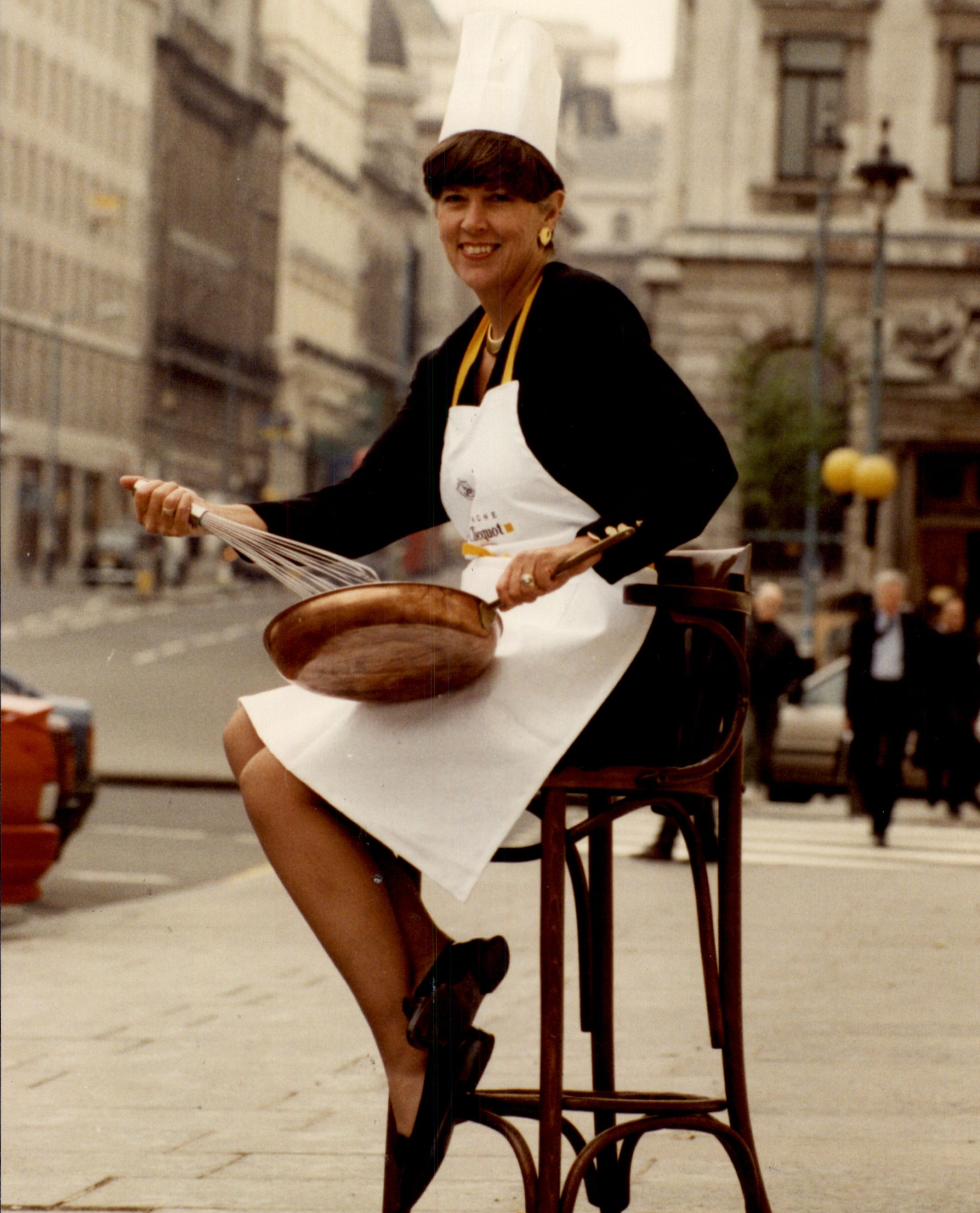 In exchange for her services, the restaurateur demanded her own column, which she filled with “everyday” meals for families while keeping the “posh” ones for the royal.

However, Prue’s recipe for Oxford marmalade caused quite the stir after she mistakenly wrote the incorrect measurement for one ingredient.

'Knew it was a letter bomb'

In a 2017 Great British Life article, the star said she “forgot to cross the T” when writing two tbs (tablespoons) of black treacle.

Instead, it came out as “2lb of black treacle” – the equivalent of 64 tablespoons – and members of the public who followed her instructions to a T were furious. 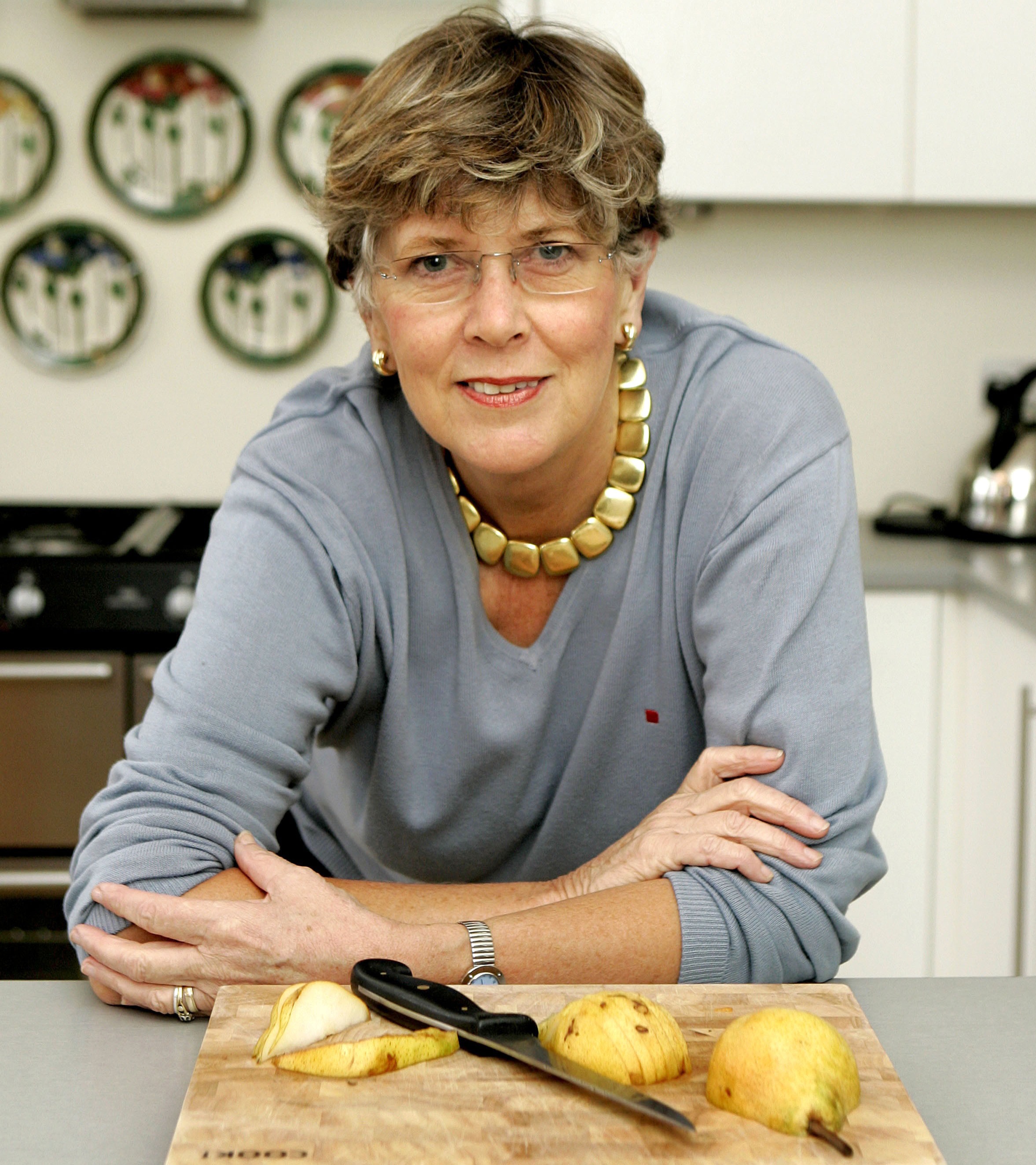 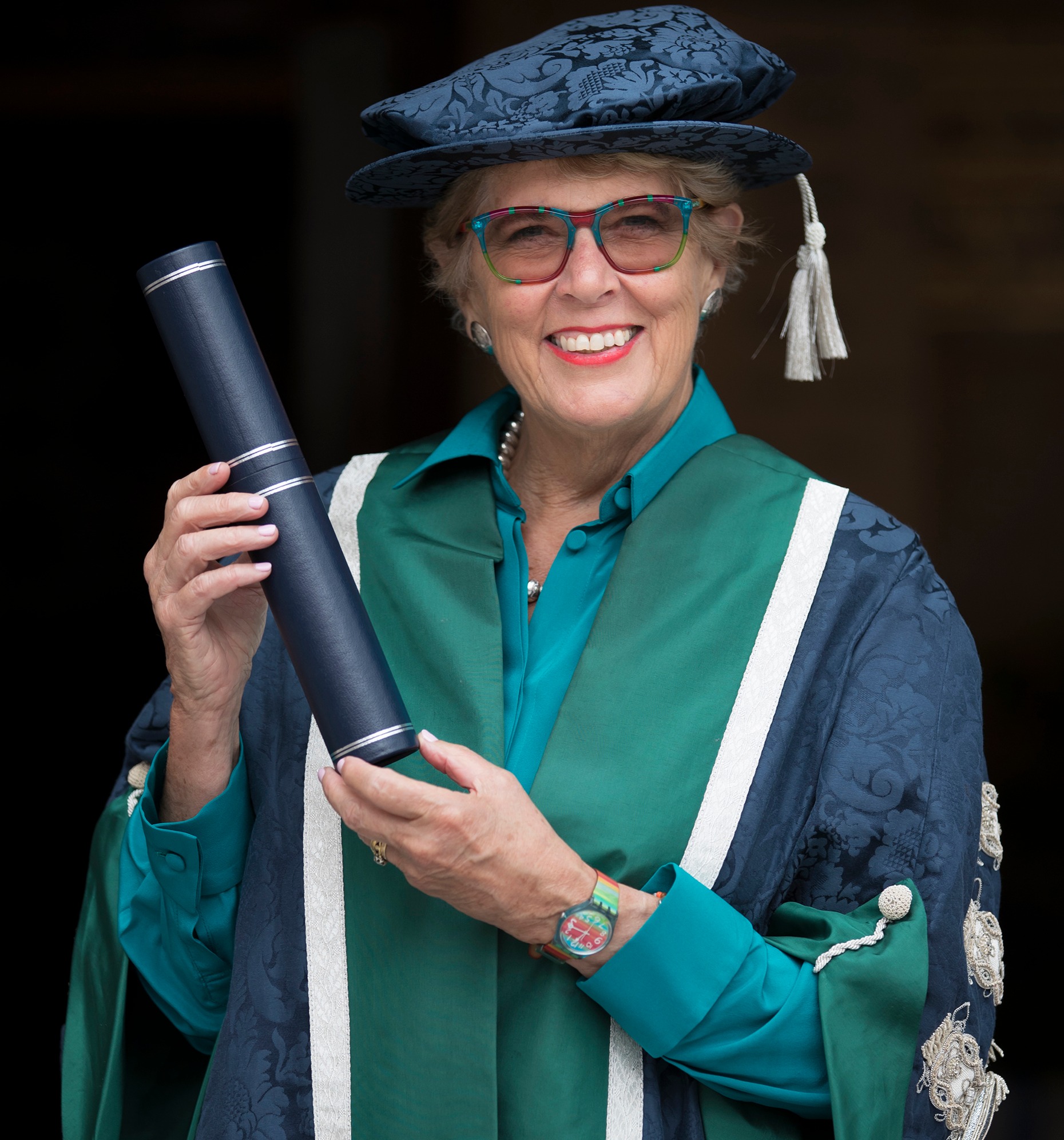 The Daily Mail, who published the column, was forced to refund the cost of the ingredients for angry readers and two days later, Prue received a shock of her own.

A suspicious package arrived, which she claimed to know “was a letter bomb” thanks to training to help staff recognise “IRA bomb attacks”.

During the course, Prue learned it was “not good” to feel “something squishy” and was "very bad news" if she could “feel wires”.

The building was evacuated and after an hour’s investigation, it was revealed to be a false alarm and not an IRA bomb. 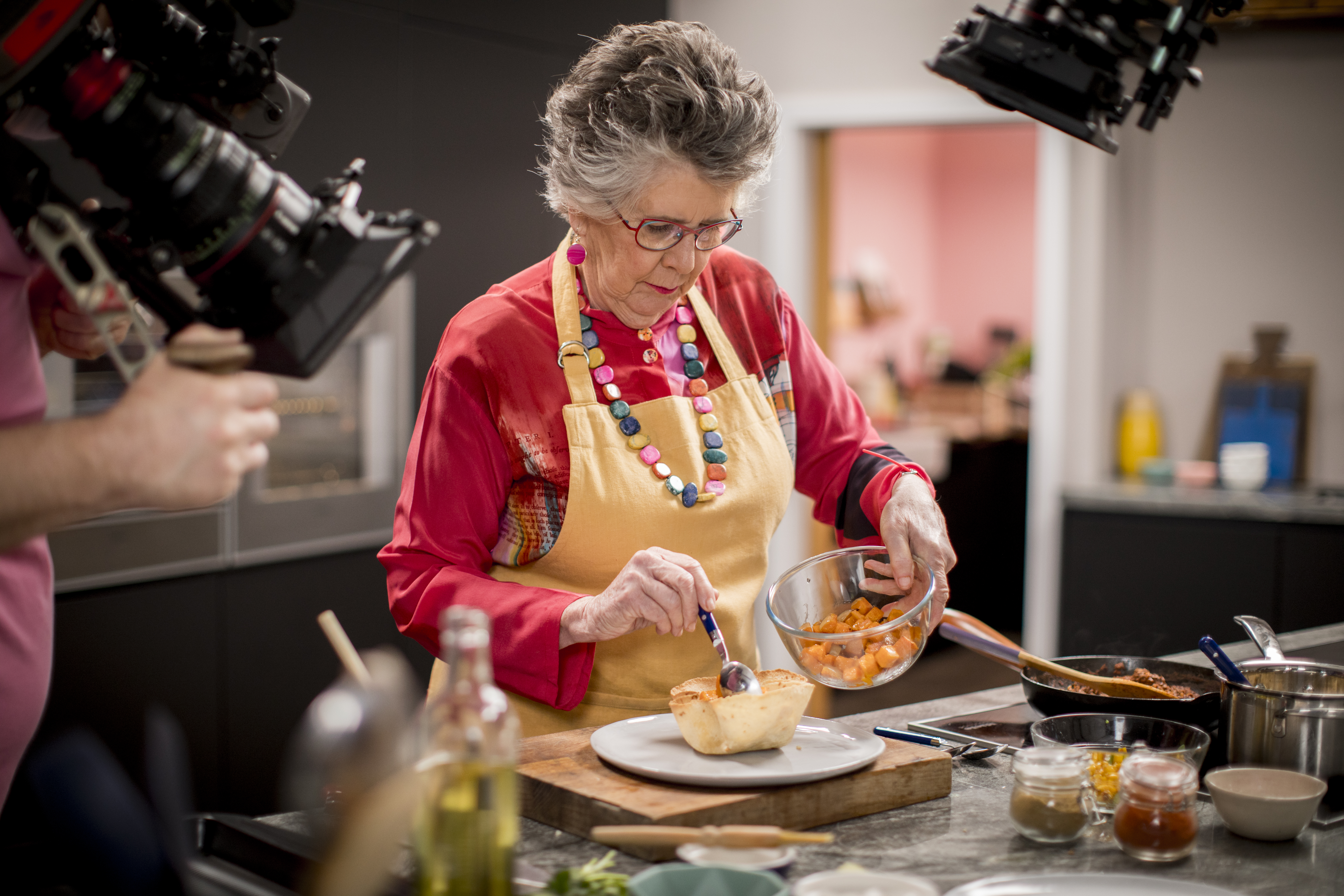 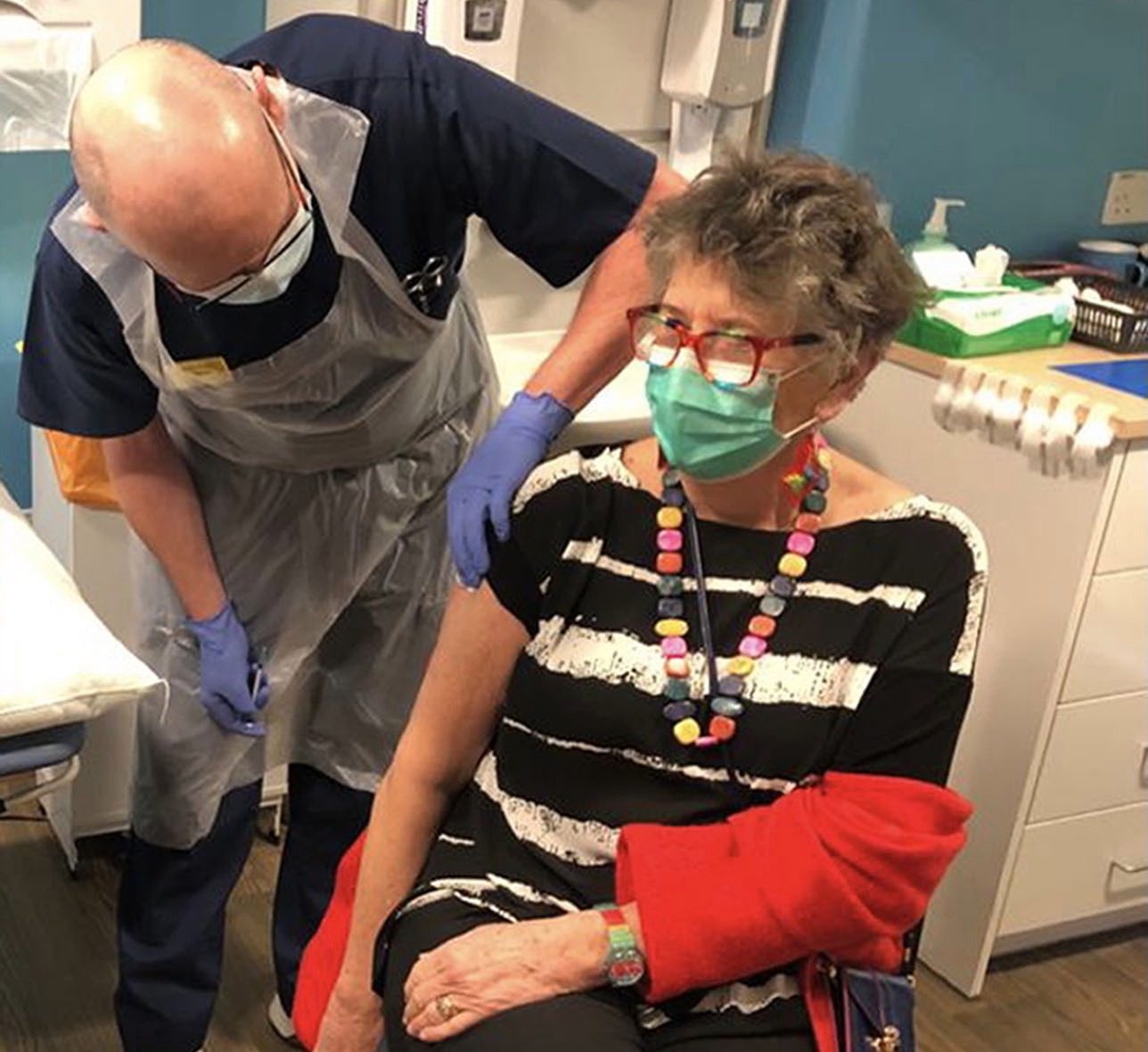 Prue recalled: “Inside [the parcel] was a dental brace with two teeth attached, embedded in marmalade, alongside a very large orthodontist bill.”

Bake Off colleague Paul Hollywood recounted one surprising incident that happened during a wild night out.

He said the experience was “a bit embarrassing” and struggled to get his co-star to leave.

Paul had to coax Prue away by reminding her that they had “work in the morning at 6am” and would “only get three hours' kip”. 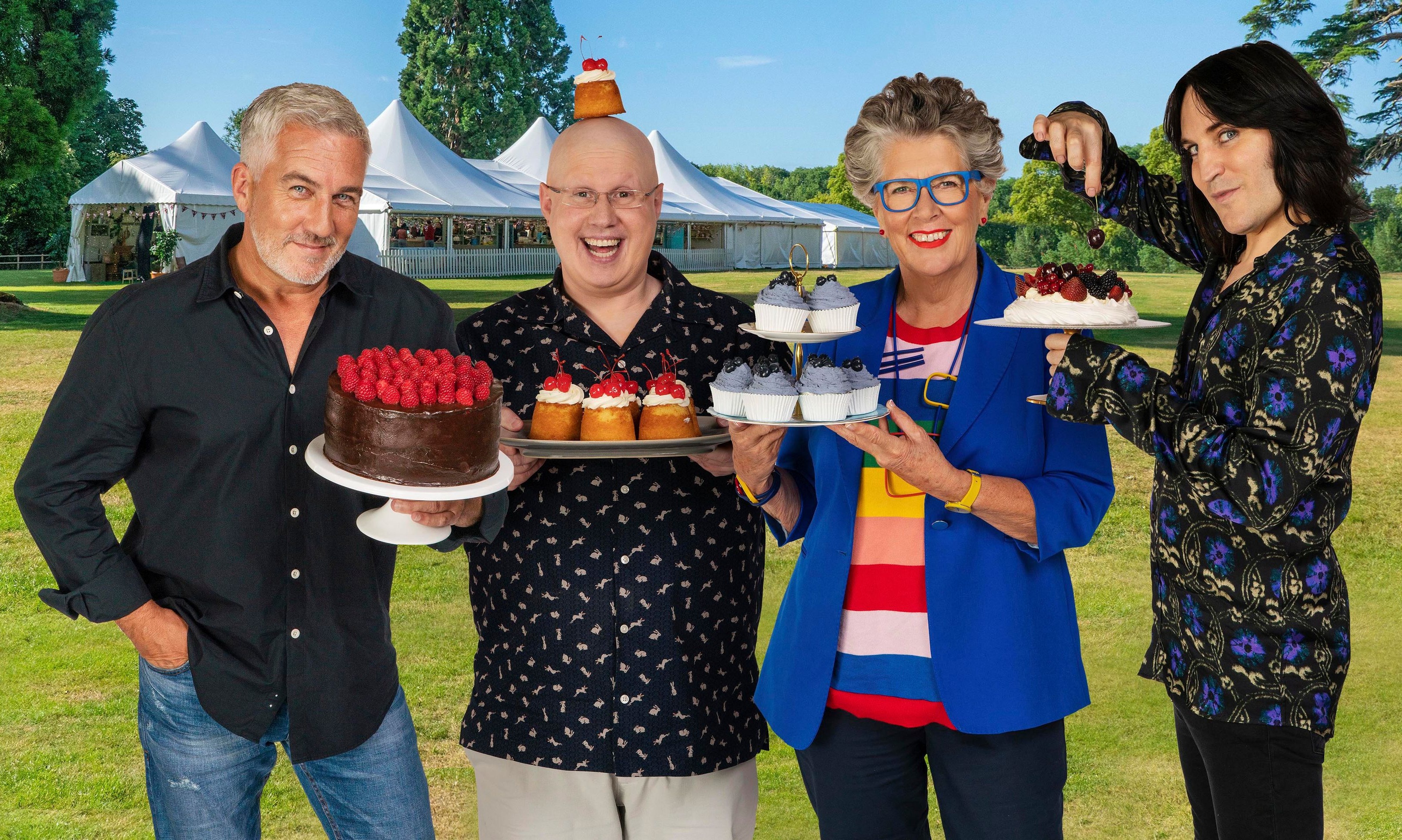 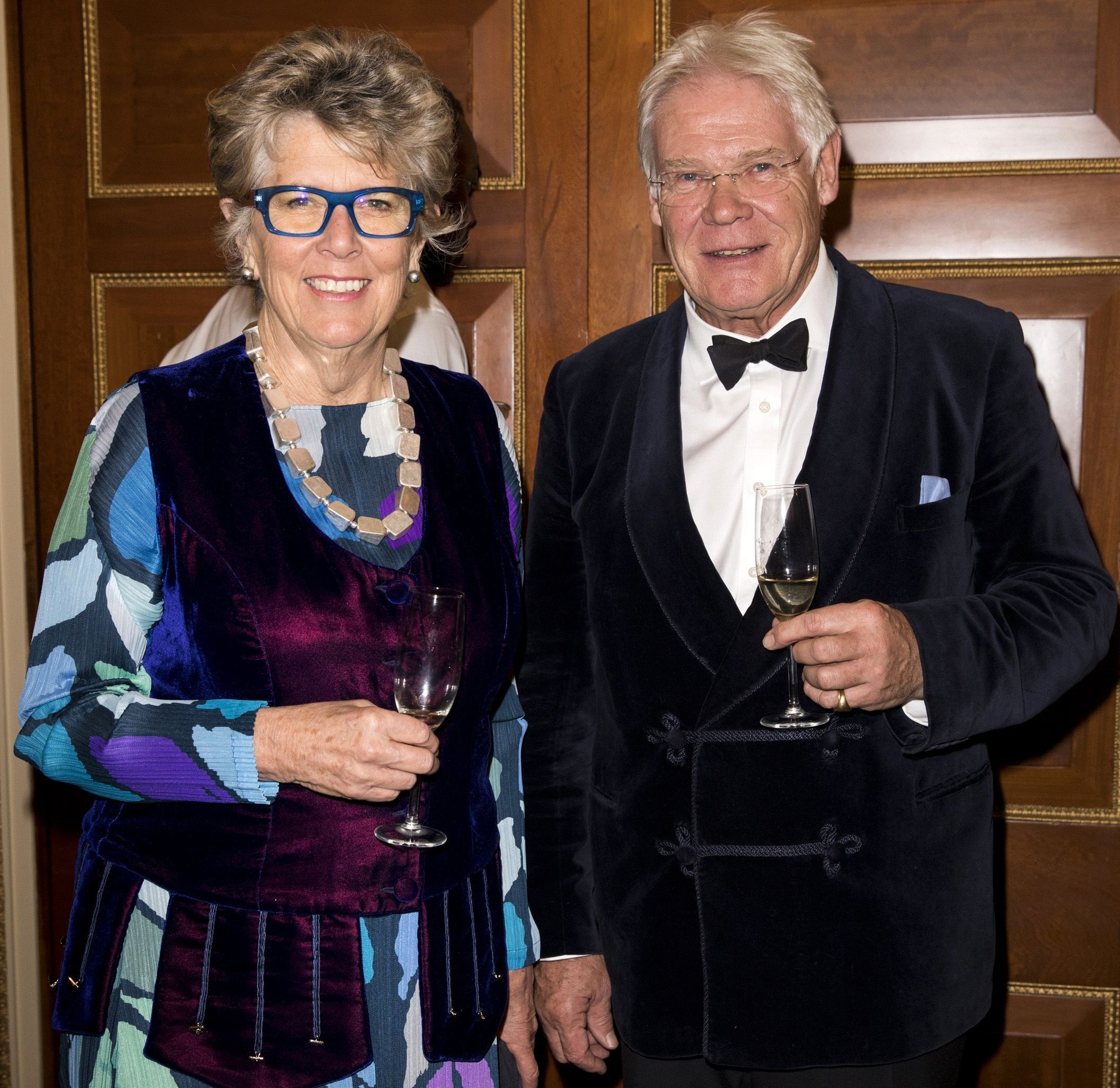 In 2016, she also told The Sun about her marriage to her second husband John Playfair and claimed she was “behaving like a teenager”.

Prue boasted about having an active sex life and said: “It’s quite healthy that older women like me are not just expected to sit in a corner and knit.”

Fans fumed when Dame Mary Berry left Bake Off after the show moved from the BBC to Channel 4 in 2017.

Prue, who fronted the BBC Two's Great British Menu for 11 years, took over but admitted she didn’t realise the responsibility of being a judge on the show.

In 2018, she told The Sunday Times: “I'd never watched Bake Off, so I had no idea that it mattered so much to so many people." 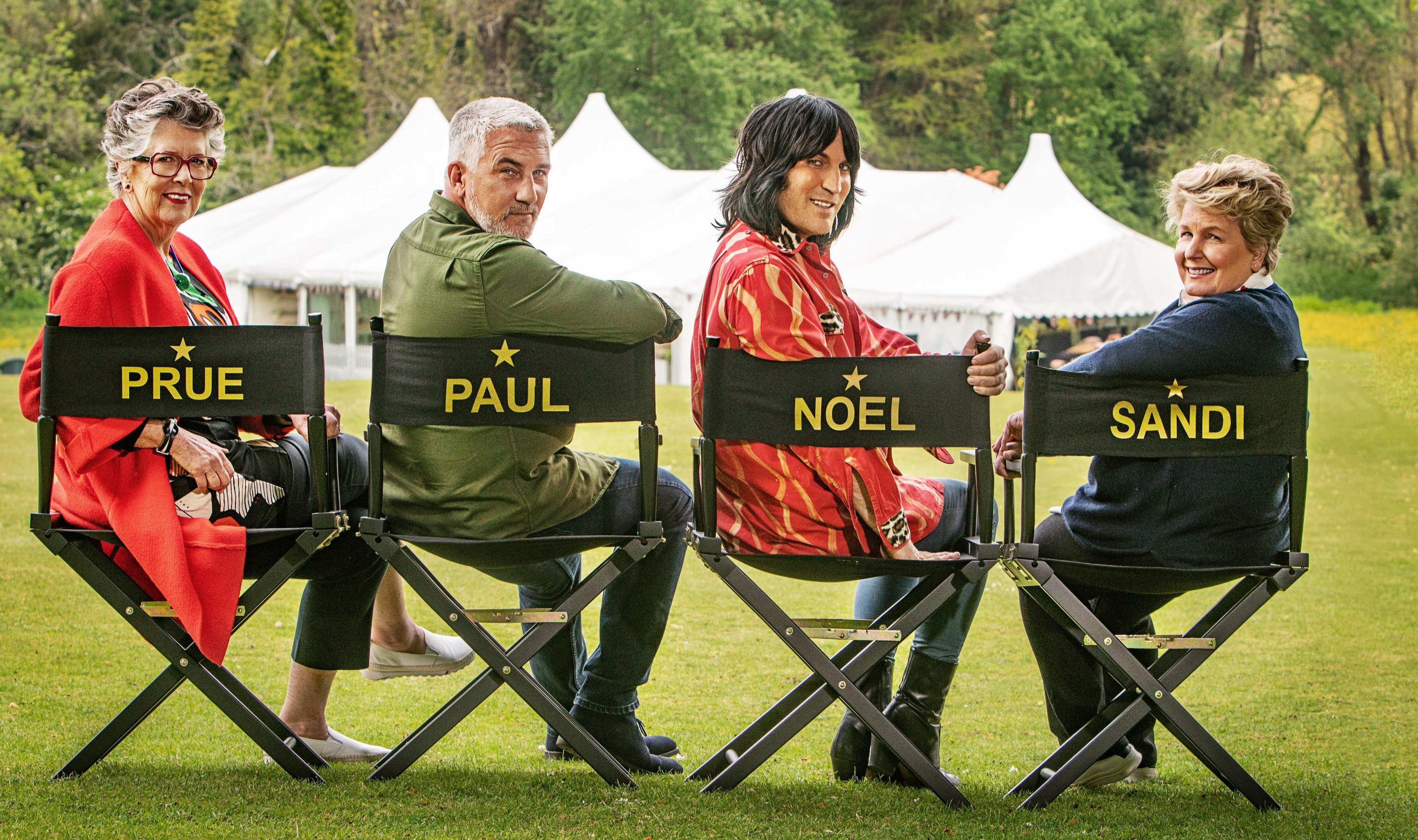 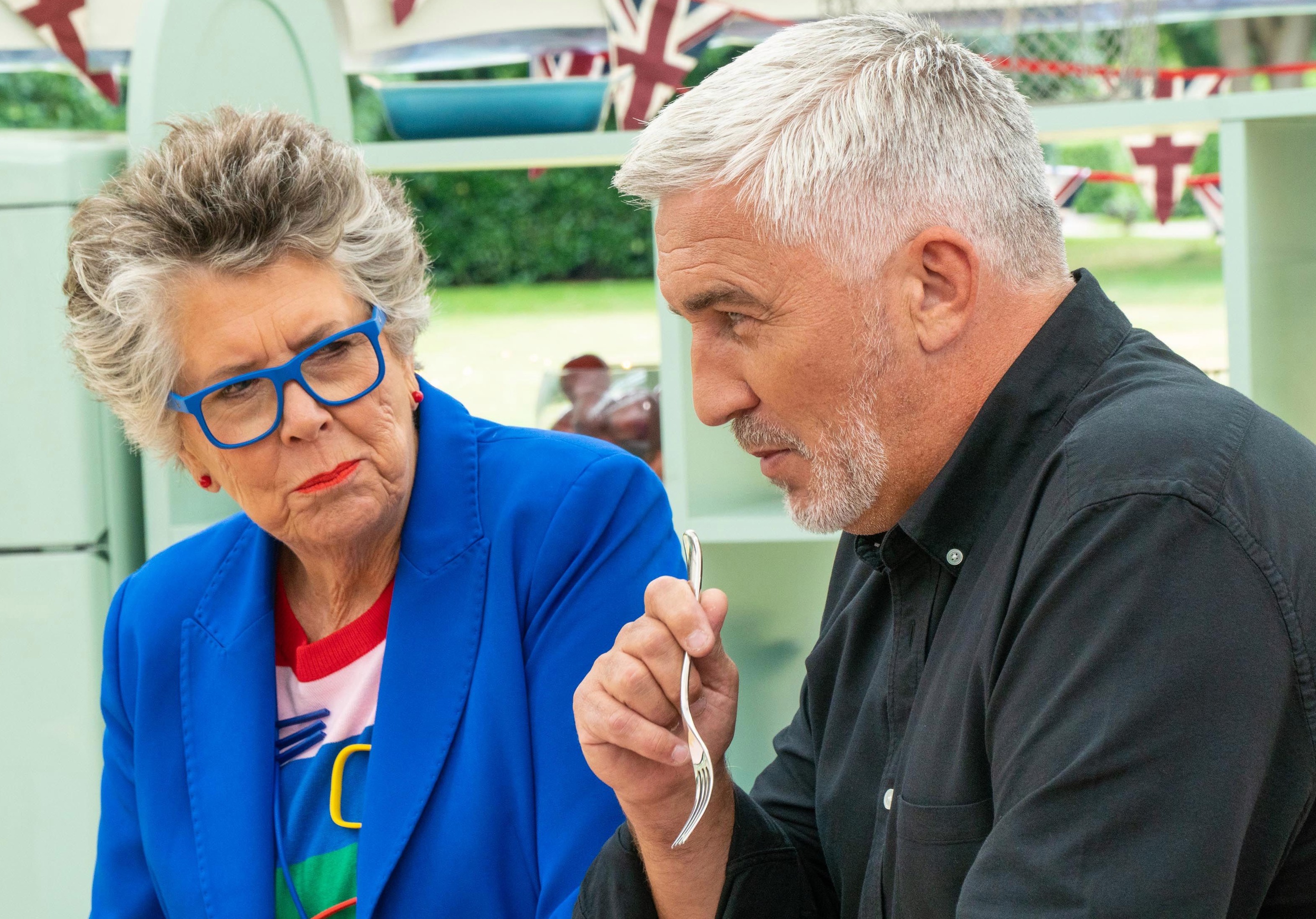 Prue’s candid confession outed a lie she told shortly after being cast as Dame Mary’s replacement.

At an event in 2017, she said: “I haven’t watched it that much but it’s been going for what, eight years or something.

"I’ve certainly seen a lot of it and it has a lovely atmosphere."

The TV chef also came under fire when she accidentally revealed the winner’s name before Bake Off aired.

Prue tweeted: “No one told me judging a #gbbo final would be so emotional. I wanted them all to win. Bravo Sophie [Faldo].”

Later, she told The Sunday Times: “A few tweeters said, ‘You’ve ruined my life’ – but you just think, ‘Well, get a life!’”