Many people remember exactly where they were when the first plane hit the World Trade Center’s North Tower on September 11, 2001. As recounted in an oral history of 9/11 in our September issue, for designers, models, and other fashion industry professionals in New York, the answer was New York Fashion Week. On Saturday afternoon, Harper’s BAZAAR Editor-in-Chief Samira Nasr moderated a panel discussion with four of the subjects from the story titled “Resilience and Remembrance: New York 20 Years After 9/11” as part of the NYFW: The Talks series at Spring Studios.

Designer Adam Lippes, model Karen Elson, IMG Models and Fashion President Ivan Bart, and New York Fashion Week creator Fern Mallis recounted the events of that momentous day, which fell on the fifth day of the Spring 2002 collections. They shared their memories and insights, as well as their hopes for New York fashion’s future. The event is available to stream on demand now, with free registration on the NYFW website. 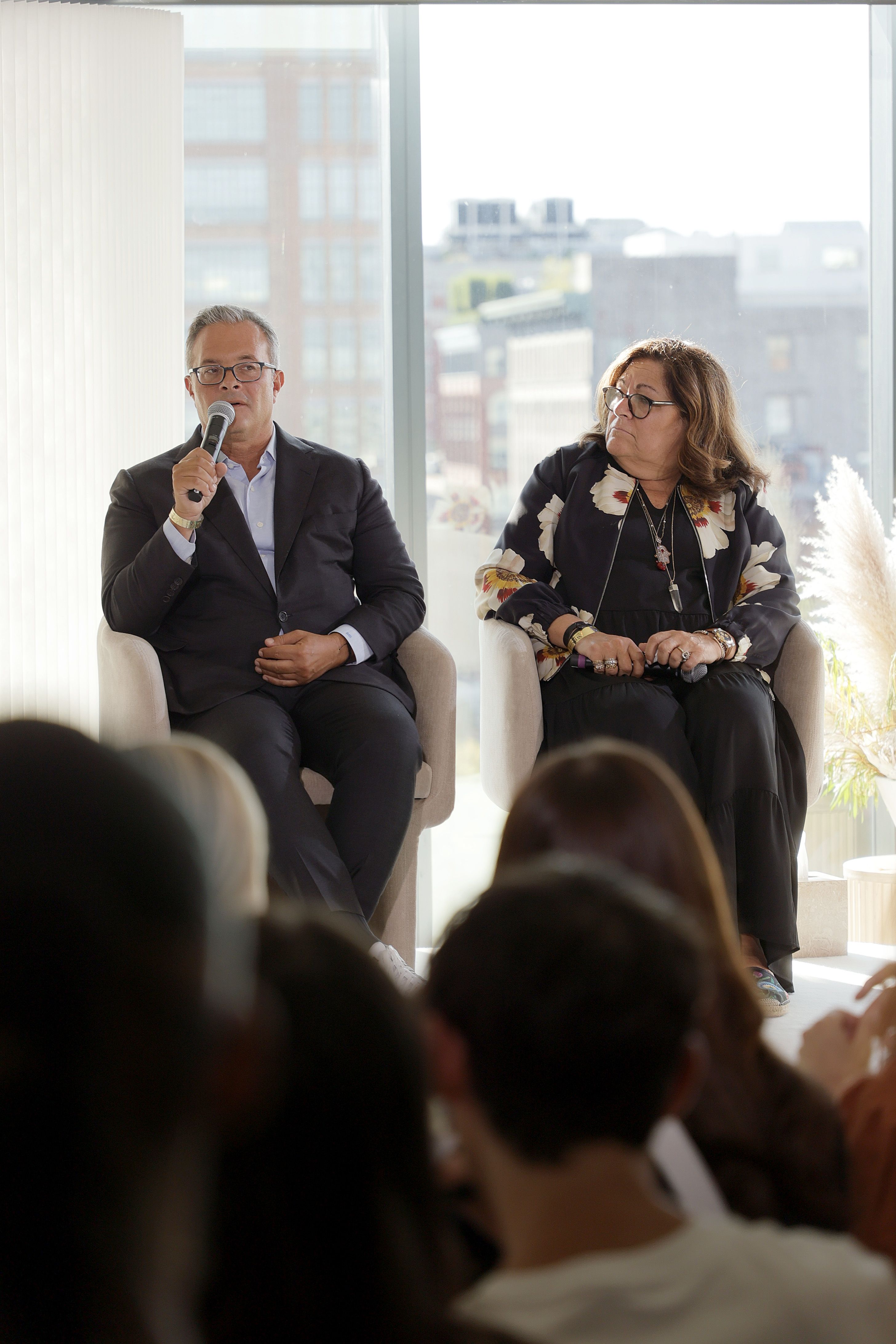 Elson, who lived quite close to the Twin Towers, recalled in haunting detail witnessing the attack firsthand, and then running for her life. “It was very eerie, you know, your eyes are seeing this horrific thing, yet still the city was bustling, moving, and it was just this surreal moment. But then a moment of fear of ‘Oh, this is a terrorist attack that is happening,’” she said.

Bart took charge at his agency, making IMG’s headquarters a meeting point for models and ensuring that they got home safe.

Lippes, who was then the creative director of Oscar de la Renta, had been prepping for a noon show at the tents at Bryant Park in Midtown when he heard the horrific news. “Everybody came together at that moment,” Mallis, who shut down the shows, recalled. “The tents became a meeting place for everybody to find out what was happening, especially for the thousands of editors who were in town for Fashion Week and wanted to know what to do. I told them, ‘Take off your stilettos and go cover a different story.’” 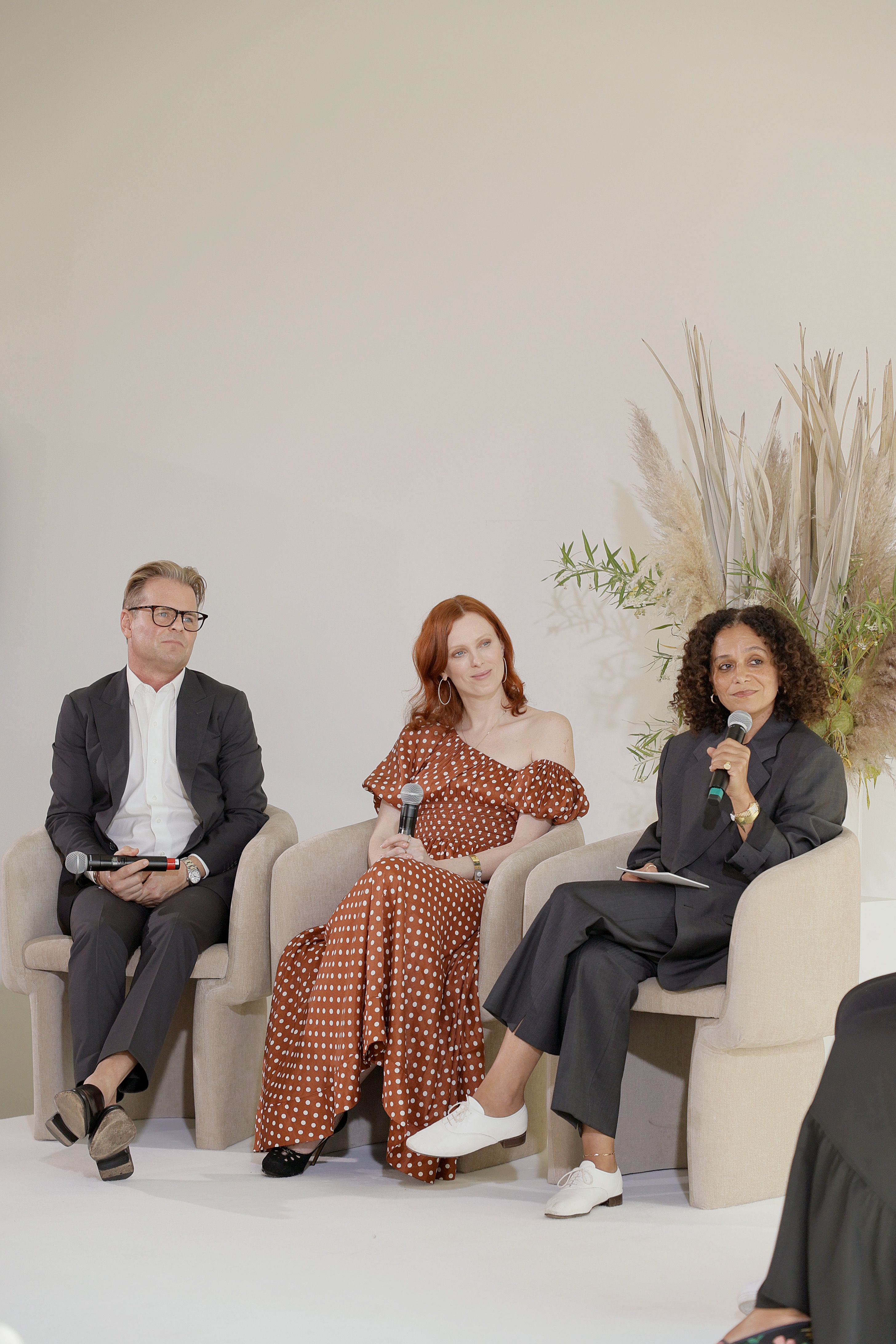 As a testament to the city’s resilience and defiant performance of beauty in the face of atrocity, the shows did ultimately go on. Days later, Oscar de la Renta and other leading designers including Ralph Lauren, Michael Kors, and Donna Karan presented scaled-back productions in their showrooms without music or sets. Bart said that he remembers the community–minded spirit, with designers sharing models and hair and makeup teams, and drew a parallel to the present moment. “People really came together, and then fast-forward to this pandemic and everybody coming out at seven o’clock to applaud our heroes, our health care workers, people really supporting restaurants,” he shared.

Nasr also asked the panelists to share lessons from that time that they carry forward. “Watching Oscar through 9/11 helped me lead my own team [during Covid], because they were all looking to me,” Lippes responded. “Even though I didn’t know the right answer necessarily, I knew I had to stay strong, stay positive, and move forward. What we are doing in fashion is important. We employ a lot of people. We let a woman put on a dress, a guy put on whatever, and smile and feel good about themselves.”

When did Meghan Markle and Prince Harry move to USA and where do they live?