The revelation comes as campaigners blast the Government for dragging its heels on a promise to lower the screening age from 60 to 50. 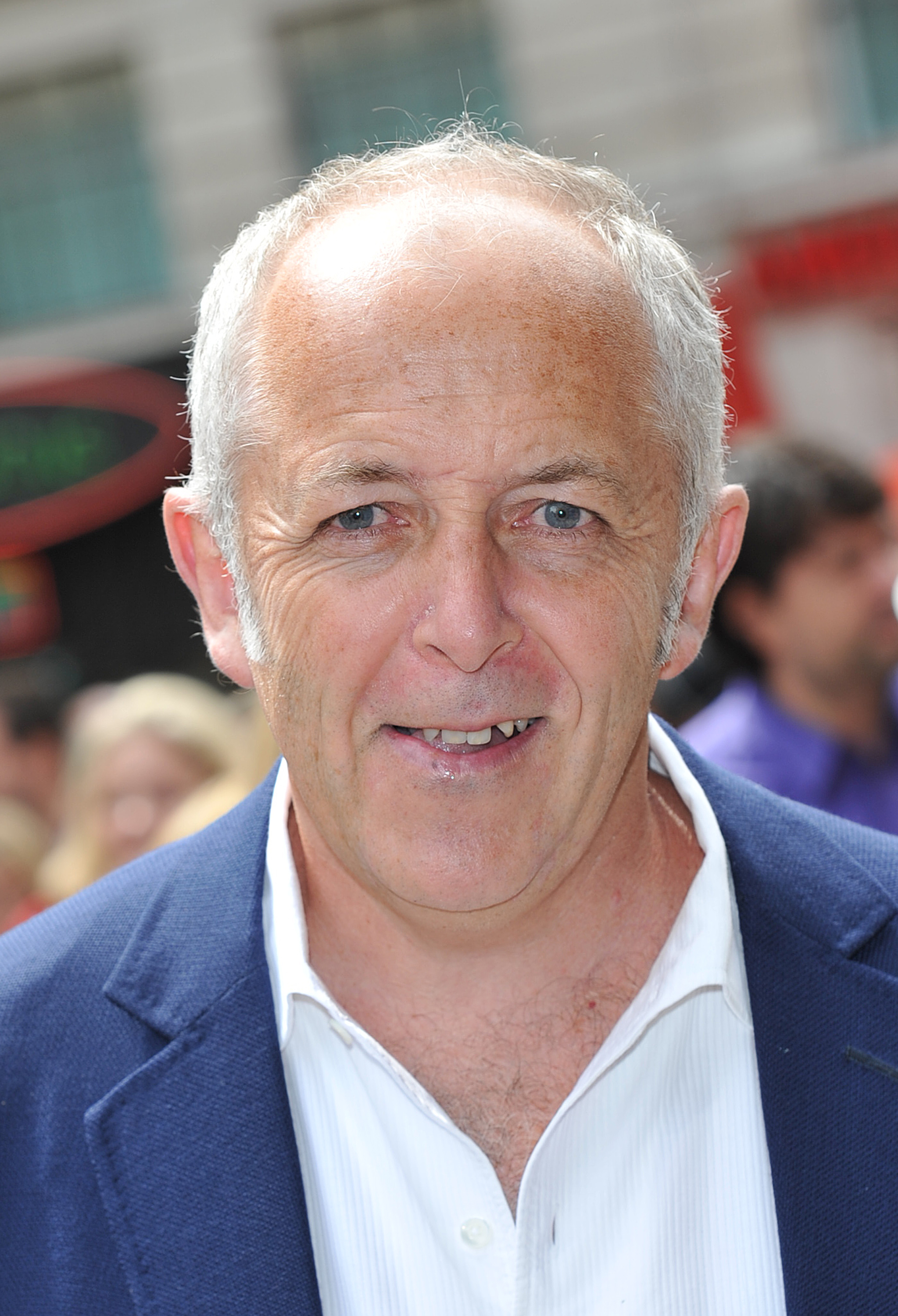 The Sun's No Time 2 Lose campaign called for screening to start at 50 not 60 – and last summer the health secretary Matt Hancock agreed.

But eight months later, there is still no date for the threshold to change, a move that could save up to 4,500 lives every year.

It comes as plans to roll out a simple new poo test, known as the faecal immunochemical home test kit (FIT), are delayed yet again.

The more efficient test was set to be rolled out in England last autumn. Then the date was moved to April this year – yet there's still no sign of it.

NHS England have now said they hope to introduce FIT by the summer. But until that happens, screening at 50 will be delayed, bosses confirmed.

'Lives are being lost'

BBC journalist Jeremy Bowen told The Sun Online he believes had he lived in Scotland, his bowel cancer may have been detected earlier.

The 59-year-old said medics could have prevented his diagnosis, had screening been available from 50 – as is the case north of the border.

Sun Online columnist and stage 4 bowel cancer patient, Deborah James has slammed the Government and claims that the delay is needlessly costing lives. 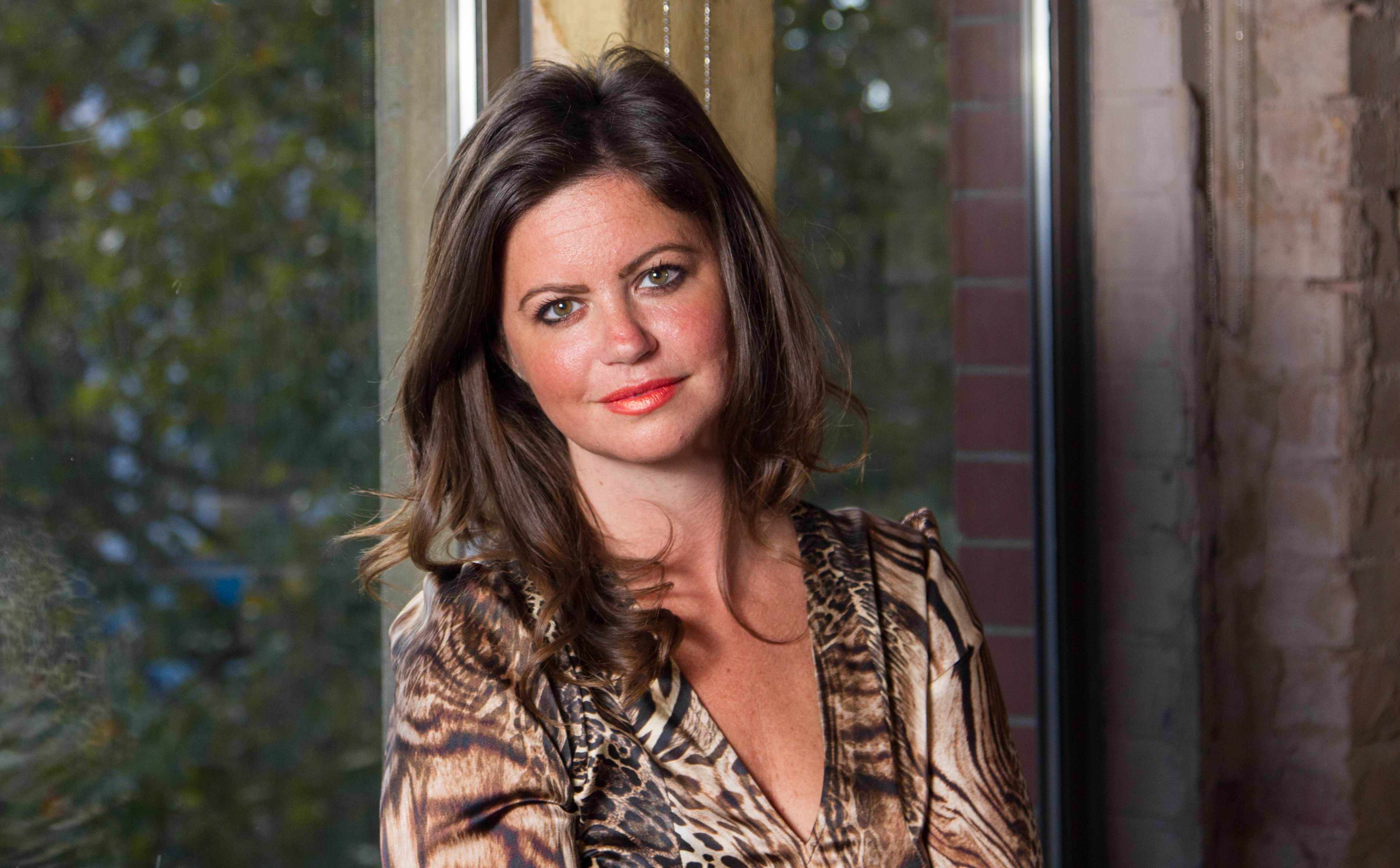 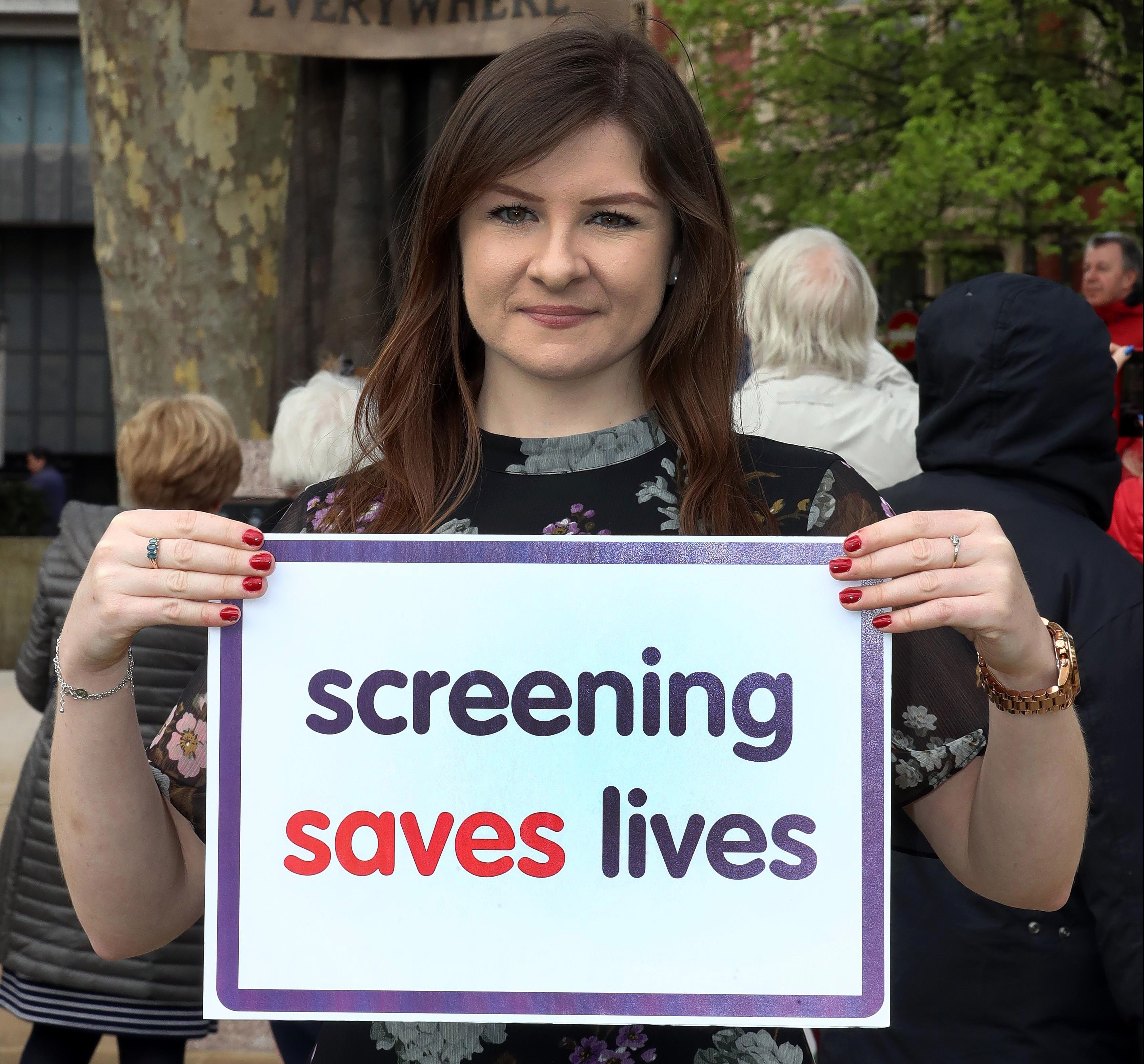 She said: "This is actually outrageous. Lives are being lost as a result of the delay.

"While people are focused on Brexit what we really need is the Government to be delivering on promises made that will save thousands of lives every year, but that are not being met.

"As part of the No Time 2 Lose campaign we called for progress and were promised just that.

"For that progress to be stalled is an insult to those whose lives have already taken by this cruel disease, and their loved ones left behind, tirelessly campaigning to make life better for others.

"This new test needs to be rolled out asap, and then we need to see it offered to everyone on their 50th birthday – lives are at stake."

There is absolutely no time to waste. More families will lose loved ones to bowel cancer due to these delays if the Government doesn’t take action now

She said: "The longer it takes to implement the new more sensitive screening, and screening for everyone from the age of 50, the more lives we will lose to bowel cancer.

"We know how crucial early diagnosis is, and the Government are letting people down all the while they don’t treat this roll out as a priority.

"There is absolutely no time to waste. More families will lose loved ones to bowel cancer due to these delays if the Government doesn’t take action now."

The 59-year-old said medics could have potentially prevented the disease if he had been offered testing sooner, rather than relying on the current postcode lottery.

Jeremy told Sun Online: "The screening age in Scotland is 50, yet in England and Wales – where I'm originally from – it's 60.

"If I had been lowered I would have already had the test and I'm sure it could have been prevented."

He added: "I think it's really important to get this testing implemented because preventative care is a lot cheaper for the NHS in the long-run.

"I spent weeks in hospital and that may have been avoided. Something definitely needs to be done."

Jeremy was diagnosed with bowel cancer in the beginning of November last year after urging his GP to get him tested.

He said it was something he was aware of as there is a family history of bowel issues – his grandmother had the disease and his father had once needed malignant polyps removed. 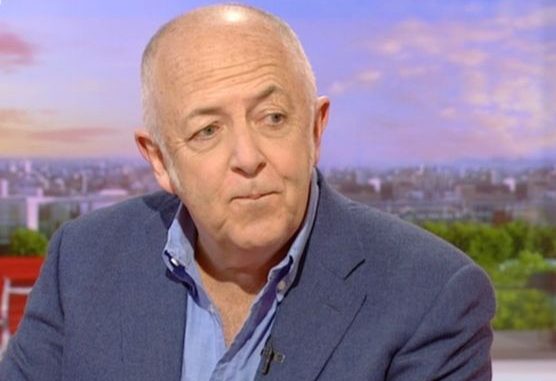 To be on the safe side, Jeremy opted to have a private "virtual colonoscopy", in which a series of x-rays are taken to build a 3D image of the bowel, around five years ago.

He said: "I thought it would be less intrusive but actually I wouldn't recommend it."

The results came back all clear and he thought little more of it, until May last year.

Jeremy said: "I was working in Iraq and it was on the flight out that I started getting severe pain on the back of my legs and the small of my back.

This new test needs to be rolled out asap, and then we need to see it offered to everyone on their 50th birthday

"As soon as we landed I went straight to duty free and bought every painkiller I could. I tried cold pads, a hot water bottle, you name it.

"We were working everyday and driving some 50 or 60 miles in Mosul on not a good road.

"When I got back to London I dropped off my suitcase and went straight to King's College Hospital, where I was admitted.

"They said it was to do with an adhesion on my bowel from an operation I'd had in 2015, which had left a scar.

"I ended up on a drip and was nil by mouth but fortunately I've not had pain like that since."

After that experience, he felt as though further tests were needed and went to his local GP who agreed.

"She gave me a test tube and I had to provide a stool sample. That came back positive so I was sent for a colonoscopy and they found a tumour," he said.

"At that point they thought it was about to become cancerous.

"I didn't have that 'you have got cancer moment' – I was actually lying on my side having another colonoscopy while off my face. 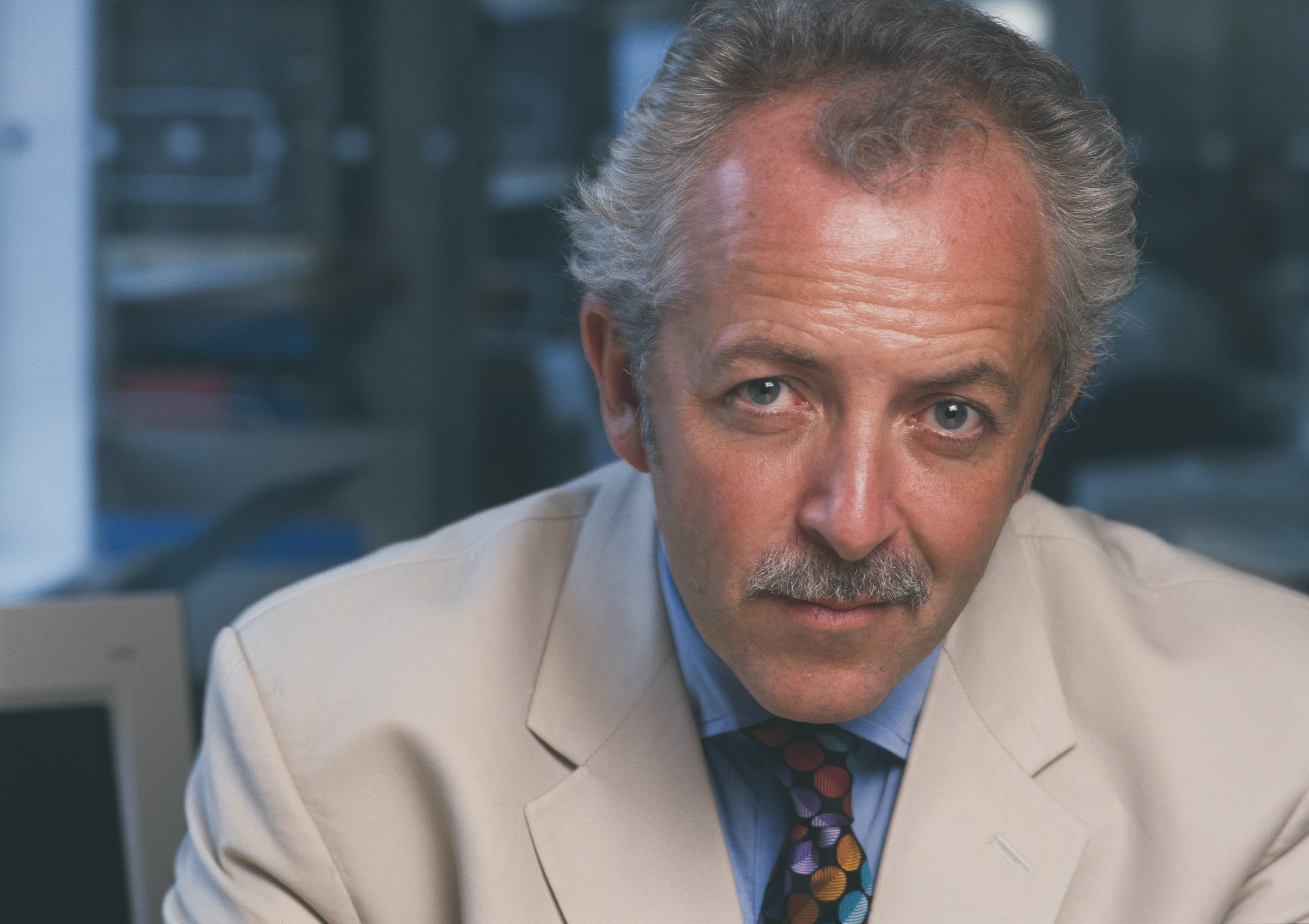 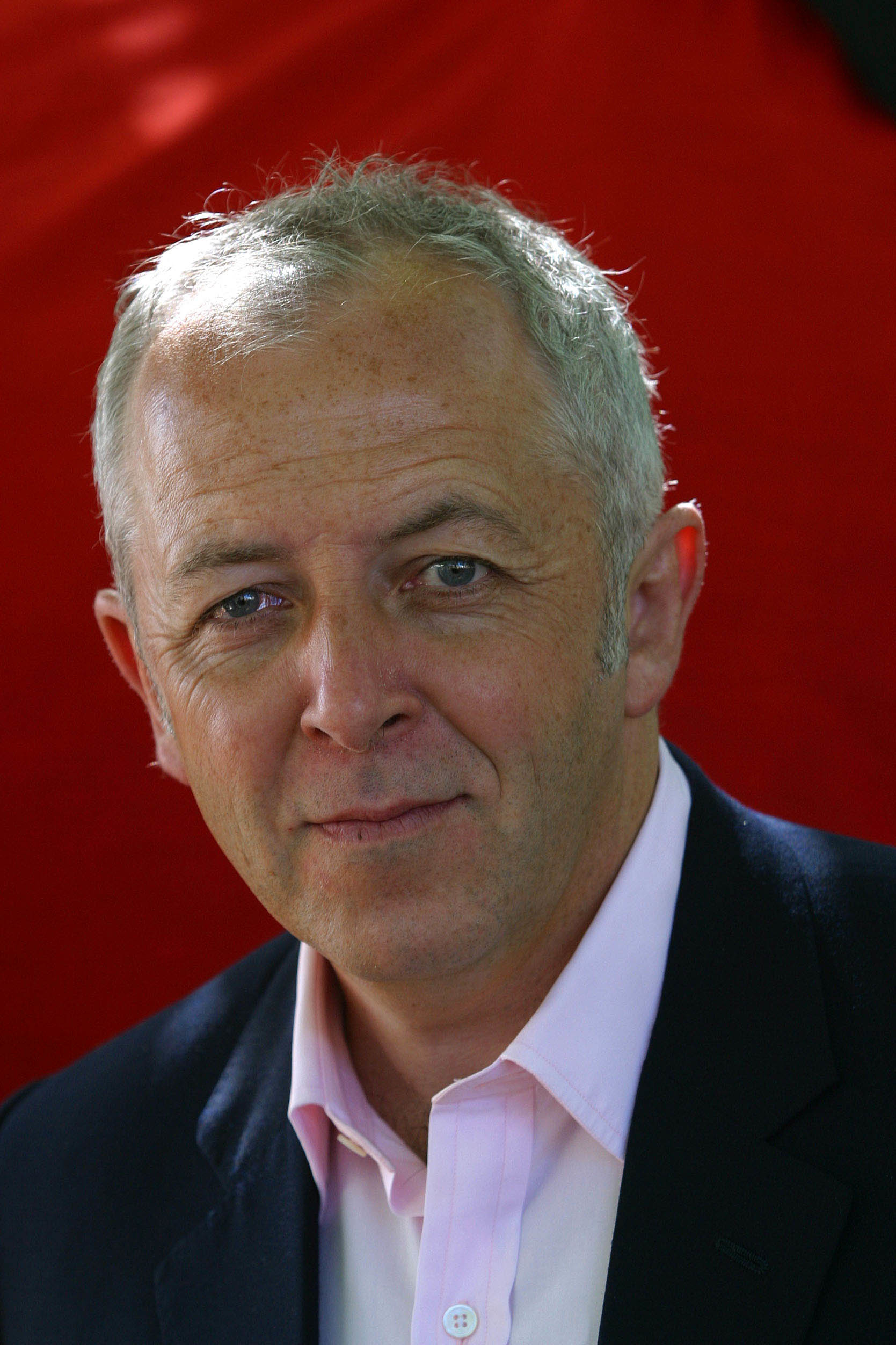 "I was looking at the screen completely fascinated by what looked like a great big mushroom and then I heard the physician say to another, 'it looks cancerous to me'.

"I thought, 'that's interesting'. No one had suggested cancer, so it did come as a bit of a shock."

He had the operation to have it removed and remained in hospital for a month due to some complications from surgery.

Jeremy says that he was fortunate that because of where the tumour was and the amount that needed to be removed, he didn't need a stoma bag.

The Middle East editor, who was discharged in early December, is currently halfway through a course of chemotherapy – but remains optimistic.

IF it’s caught early, bowel cancer is very treatable, and has a good survival rate.

Those diagnosed at stage one – the earliest stage – have a 97 per cent chance of surviving for five years or more.

That plummets to just seven per cent if you're diagnosed at stage four, when the cancer has spread.

A key to early diagnosis is knowing the signs to watch out for.

The red-flag signs that mean you could have bowel cancer are:

Most people with these symptoms won't have bowel cancer, BUT if you have one or more of these signs it's vital to see your GP to get checked over.

In some cases, a tumour in the bowel can cause an obstruction, blocking digestive waste from passing through the bowel.

Symptoms of a bowel obstruction can include:

A bowel obstruction is a medical emergency. If you suspect your bowel is obstructed, you should see your GP quickly.

If this isn't possible, go to A&E.

He said: "Most of the time I don't feel too bad, but I do find if I try and do too much I get really knackered.

"I feel quite optimistic about it though – I don't want people to say poor old Jeremy.

"I've started feeling that I'm going to be ok. I'm in good hands, they will deal with it and I will be better.

"The way it worked out for me, had they said 'you don't need a test, just relax', the cancer would still be inside me and I'm just relieved it's not."

Jeremy didn't actually display any of the classic symptoms of bowel cancer, so his tumour could have gone potentially gone unnoticed for longer.

There are five red flag signs to look out for, which include:

The new FIT test, which involves just one poo sample taken at home, is more accurate and could detect cancer earlier.

It is as part of innovations and improvement in treatment from the NHS Long Term Plan, which will save half a million lives by tackling killer conditions.

4 – it's the fourth most common form of cancer

42,000 – people are diagnosed with bowel cancer every year

1,300 – people will lose their lives this month to the disease

15 – every 15 minutes someone is told they have bowel cancer

50 – it's more common over the age of 50 but ANYONE can get bowel cancer, you're never too young

An NHS spokesperson said: "The new FIT test is easier to use, more accurate and will enable the NHS to detect more cancers earlier.

"An independent review of national screening programmes is currently underway.

"We want to ensure we introduce FIT in the existing screening system which is our priority before lowering the age limit as committed to in the NHS Long Term Plan."

“Whilst we welcome its inclusion in the NHS Long Term Plan, what is required now from NHS England is a clear plan setting out a sensible but ambitious timeframe for implementation of an optimal bowel cancer screening programme.

MORE ON NO TIME 2 LOSE 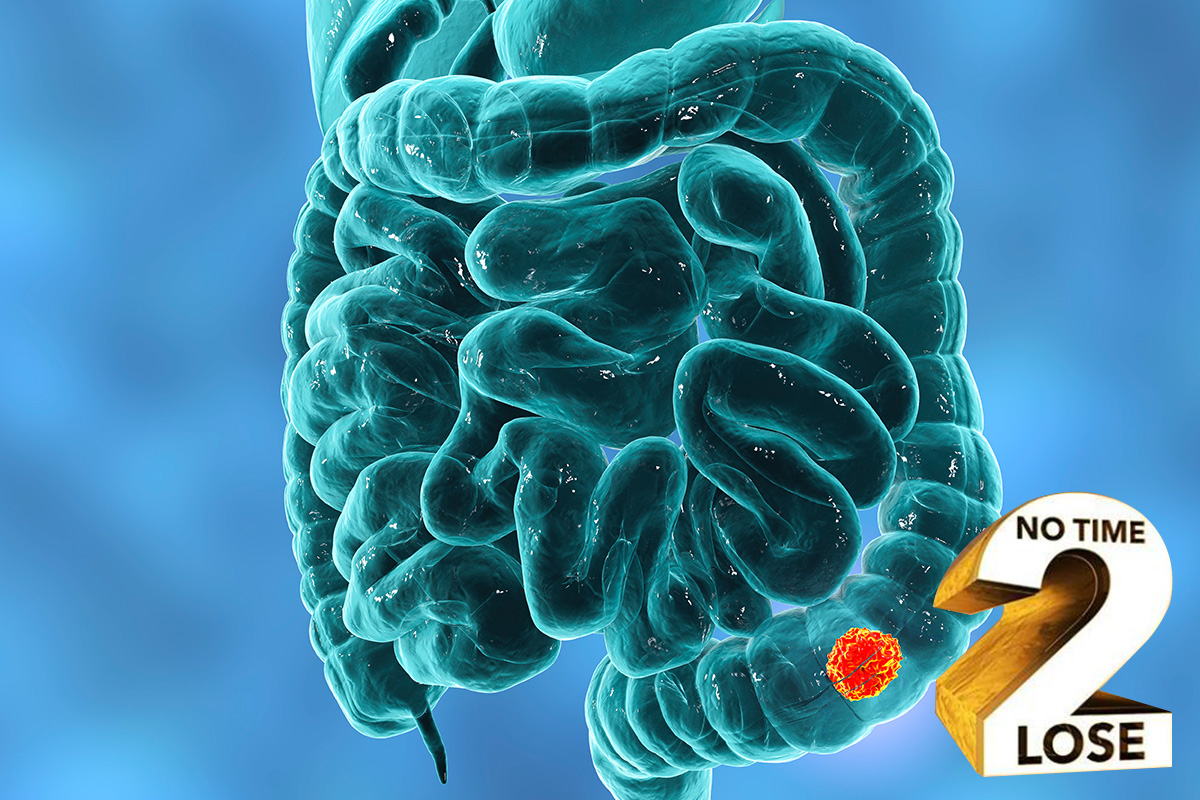 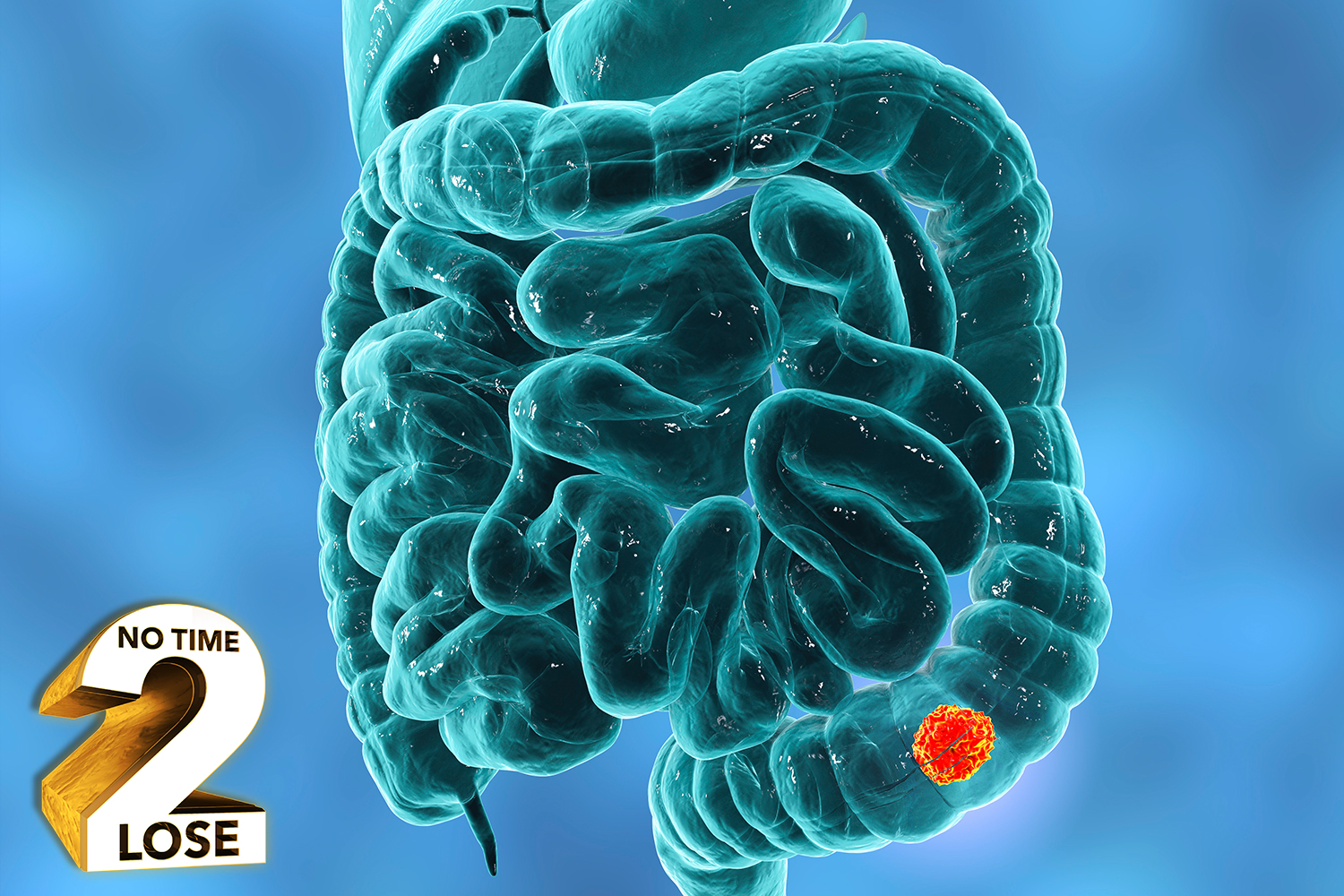 Bowel cancer symptoms: What are the early symptoms & when should I worry? 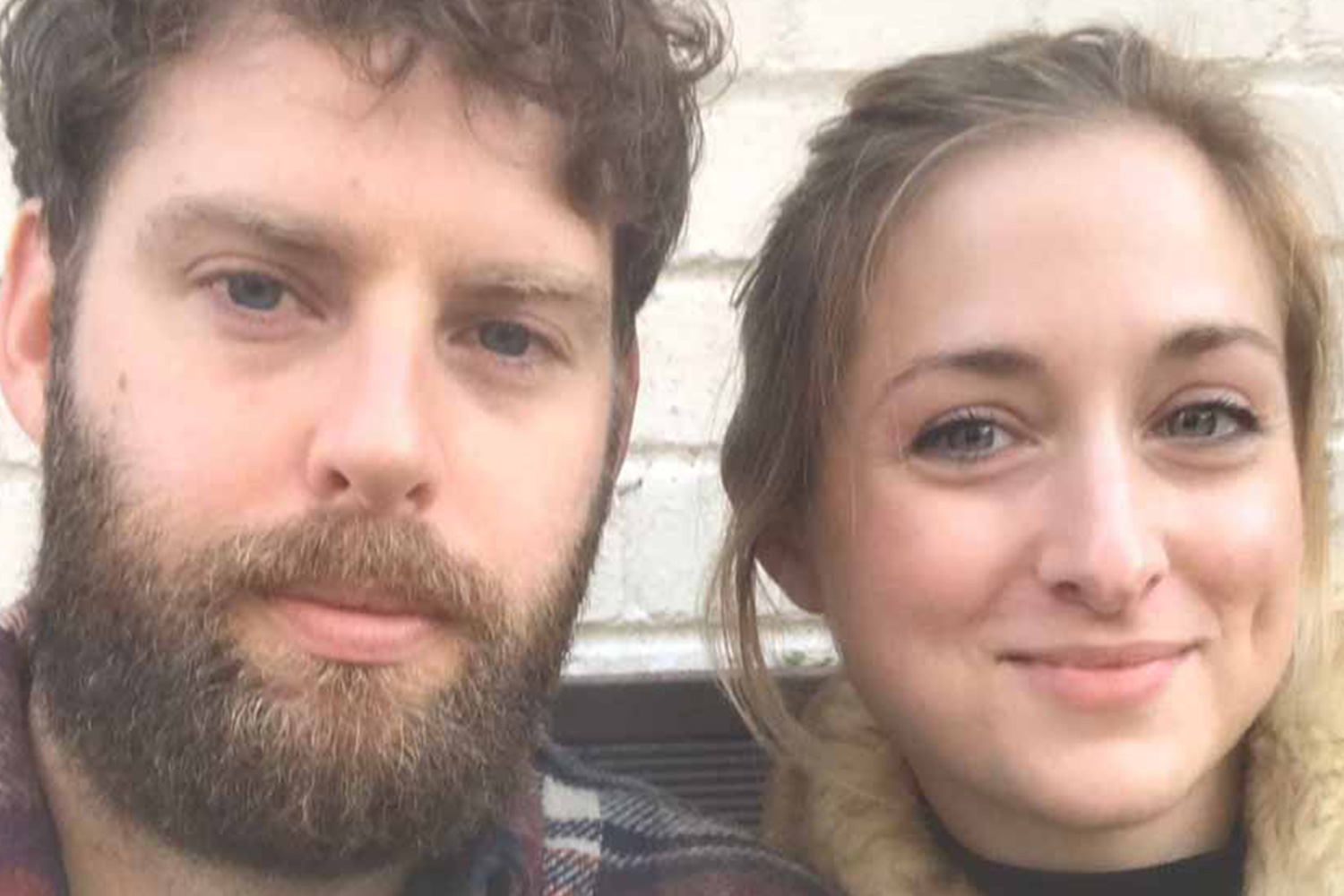 At 36, I'm desperately hoping I'm one of the 3% who survive my cancer 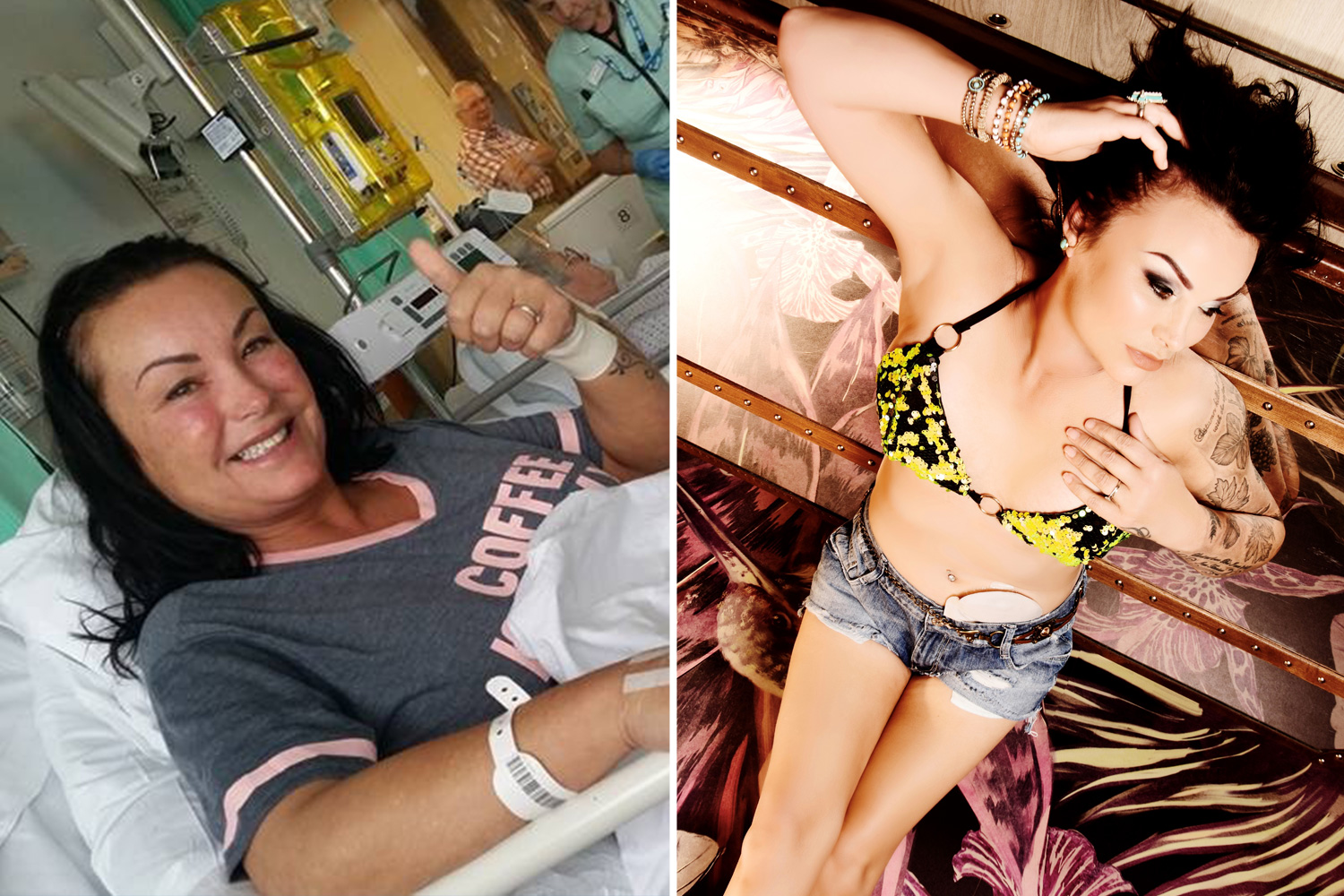 "This must include a clear realistic timetable for the full roll out of the new simpler, potentially more sensitive FIT test, which is now severely delayed, plus clarity on the timelines and a clear plan for improving the sensitivity of the test over time and lowering the screening age to 50.

"We already know that the biggest constraint to implementing these life-saving initiatives is a lack of endoscopy and pathology capacity and that’s why we urgently need a fully funded Workforce plan to address our current capacity crisis.

"Of course, screening offers the best possible opportunity to prevent or detect bowel cancer early so optimal implementation will not only save lives but will save the NHS money over the longer term.”