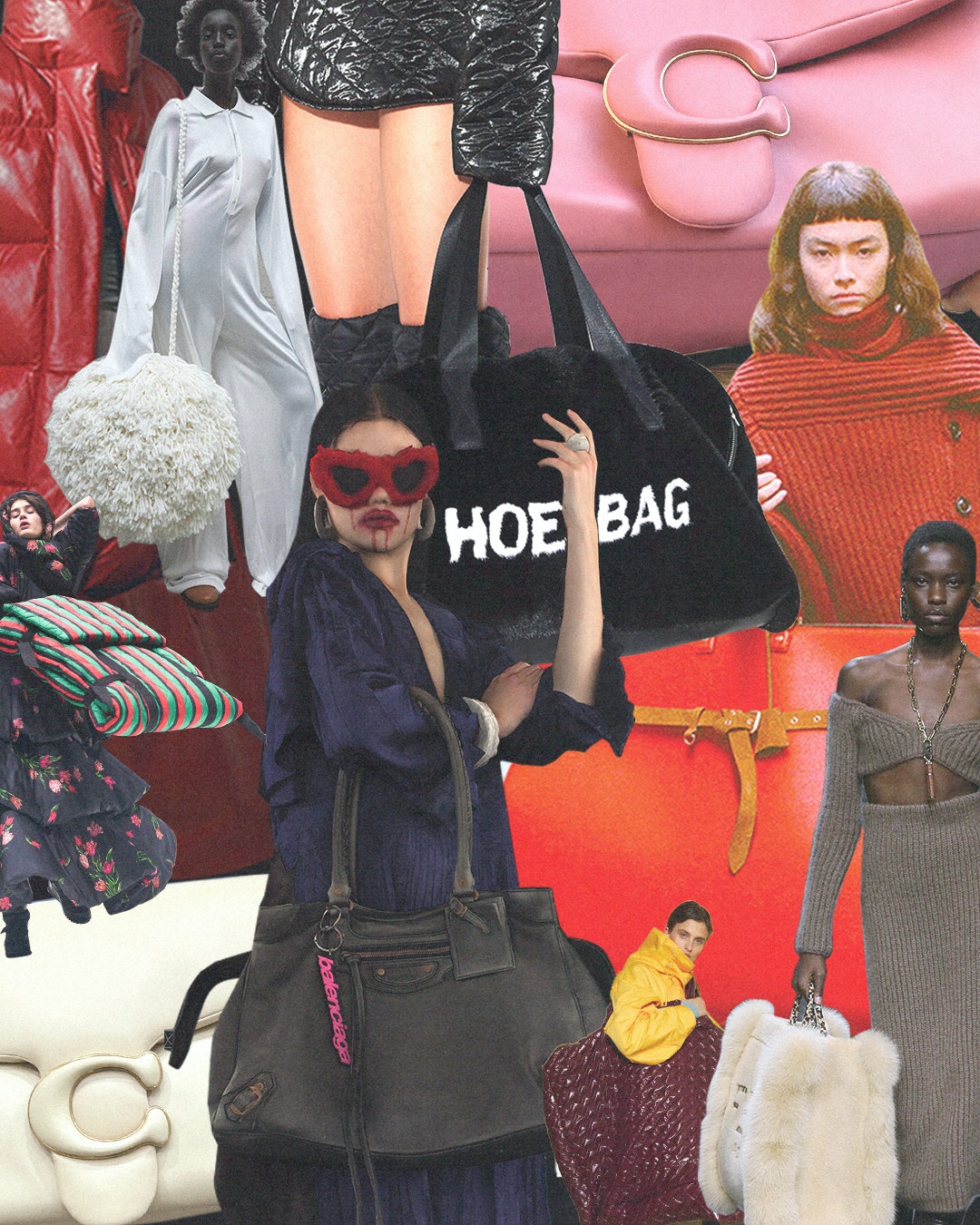 On a recent doomscroll through Instagram, a photograph of Jennifer Lopez stopped me in my tracks. And no, it wasn’t a paparazzi shot of her and her ex-slash-current-love-interest Ben Affleck. It was of her lifting a humongous, bubblegum-pink Coach handbag up in the air, an image that was as absurd as it was appealing.

Turns out that the New York-based brand, for which Lopez is an ambassador, recently revived its Pillow Tabby shoulder bag in a bunch of happy hues for spring, giving it a larger-than-life makeover in an attention-grabbing campaign that also featured model and actress Camila Morrone and musician Quincy Brown photographed by Juergen Teller.

The mega purse quickly amassed a cult following, with enthusiasts surfing the brand’s website and calling up their local boutiques in a hasty attempt to secure one. Unfortunately, it turned out that the XXL size was just a prop. People clearly expressed their disappointment in the comments: “This size would make a great travel bag. Make it! I’ll buy it! I need it in my life,” one Instagram user typed. “Literally how can I get the big one?” inquired another. Others chimed in with fervent support: “Please make the bag available for purchase in this size! Perhaps as a luggage piece? The people have spoken.”

After years of tiny bag supremacy (The pinnacle being Jacquemus’ diminutive Le Chiquito, it was also an era defined by Celine’s Classic Bag and even Mansur Gavriel’s tidy minimalist buckets) the huge purse feels new and exciting again. Perhaps this comeback is a sign of the times: even as early pandemic stay-at-home orders did away with the need for a purse as a daily essential, the current situation calls for accessories that have room for a full COVID-19 toolkit, from backup masks to hand sanitizer.

Even though the Coach example will most likely never hit stores, it’s not all that much bigger than some of the ones we’ve been seeing on the Fall 2021 runways: Marni showcased a striking red top-handle bag magnified to astonishing proportions; Kenzo proposed donning striped backpacks that could double as floor pillows; meanwhile Fendi and JW Anderson showed flouncy, fuzzy mammoth carryalls. Aknvas, the brainchild of Danish designer Christian Juul Nielsen, made a glossy bordeaux-hued tote in quilted fabric; and master of the avant-garde LaQuan Smith presented two duffel-sized bags embellished with fur and cheeky catchphrases (the double entendre, “Hoe Bag,” and “I’m Moving Out”). At Balenciaga, shoulder bags the size of a carry-on suitcases echoed the details and composition of the house’s early 2000s hit, the Motorcycle Bag, but with a sleeker, simplified look.

In fact, the last time bags were this big, it was the early 2000s, when Mary-Kate and Ashley Olsen were often photographed carrying a gigantic jet-black patent Chanel Cabas, a tan Hermès Birkin or a vintage Fendi crocodile tote (that the brand subsequently reissued as the “Twins Tote”). These giant carryalls—often paired with oversized sunglasses—became such a trademark of the duo’s style that Ellen DeGeneres took it upon herself to present them with absurdly large shoulder bags as a parting gift when they made an appearance on her talk show in 2010.

Today’s big bag resurgence has a number of celebrity fans: Kendall Jenner’s off-duty attire regularly incorporates an enormous Birkin; while Bella Hadid boasts a covetable collection of duffel-sized Louis Vuitton pieces; even Kim Kardashian’s personalized Birkin, hand-painted by the artist George Condo in 2013, made an appearance on her arm as recently as last year. .

At least some huge bag buzz can be attributed to the 23-year-old Milan-based graphic designer Virginia Rolle, who started getting into the game, albeit only digitally, in February 2019 with her Instagram account @thebigbagclub. Her posts feature bags stretched to outrageous dimensions and superimposed onto models, influencers and celebrities like Zendaya, Kaia Gerber and Chiara Ferragni. Her goal, she elaborates via email, is to create surreal imagery that highlights the accessories as “the real protagonist of the outfit, enriching and defining it.” As she built her following into the tens of thousands, fans started to inquire about buying these giant bags; meanwhile brands including Tory Burch, Alexander McQueen and Proenza Schouler began commissioning Rolle to produce artwork. “That’s when I realized that The Big Bag Club was not just a meme page, but a point of reference in the world of fashion,” she noted.

Lily Bling, a freelance stylist and creative director with roots in London, attributes the appeal of mammoth bags to the changing landscape of fashion from becoming less ‘put together’ and more relaxed. “With a big bag, you can throw in everything but the kitchen sink, and rummaging through it like a hot mess when you need something is definitely something to aspire to,” he says. “It portrays a more disheveled and nonchalant mood, as opposed to a miniature bag which gives the impression that the wearer is organized—and perhaps more uptight.”

Their return also coincides with a renewed appreciation for many other early aughts trends, from low-rise jeans to emo music, both of which have made their mark on the murky post-but-still-mid-pandemic world. There’s also just something elemental about their appeal: As we begin to step out to infuse some sense of liveliness in our daily routine, large bags offer a companionship in the way that normal-sized bags could never. Bling echoes a similar sentiment during our conversation: “Maybe everyone is bored of standard, ordinary things and wants a bit more ‘fantasy’ after the crazy period we’ve all gone through. People need excitement,” he says. “Just like we were obsessed with the mini Jacquemus bags, anything at the opposite end of the spectrum is equally as dramatic and desirable.”

Horoscope today, Thursday June 3: Daily guide to what your star sign has in store for your zodiac dates