THIS outdoor snap of pals enjoying a whisky contains not three but four people – but can you see them all?

The mind-boggling optical illusion emerged on Twitter at the weekend. 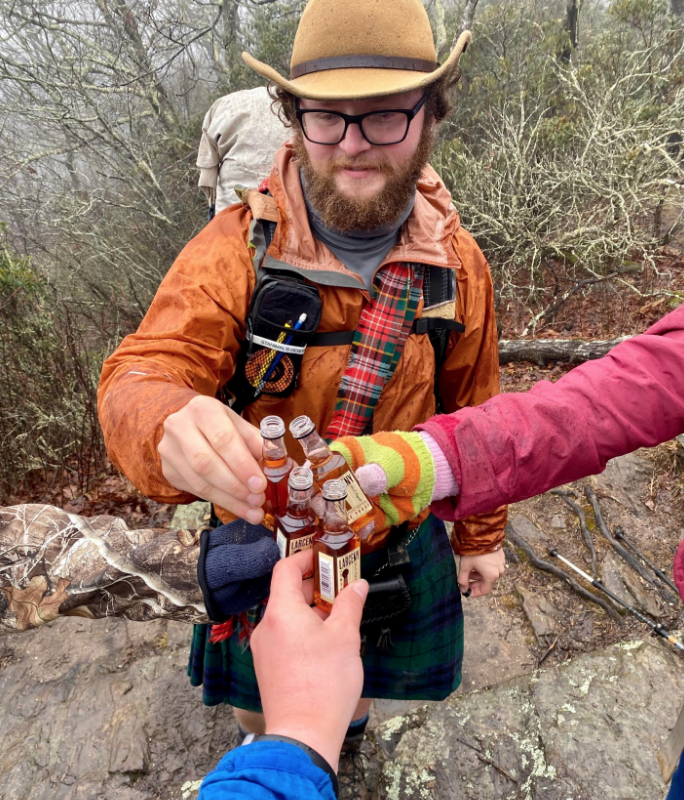 At first it looks like one man in a kilt and hat clinking miniature whisky bottles with two friends, whose arms are outstretched.

But there are four drinks – suggesting there is a fourth person in the picture. So can you see them?

We'll give you a clue – the bag behind Mr Kilt is not a person.

Uploading the Reddit snap to Twitter, a social media user said: "My brain refuses to believe there are 4 people in this photo." 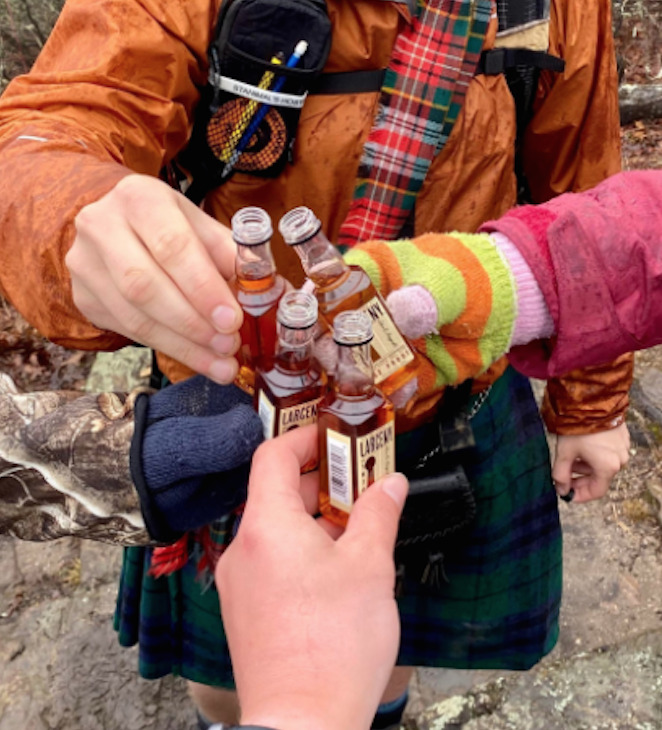 And internet users were left stumped trying to find the fourth person.

Another wrote: "Me looking at this photo asking myself if im blind or if there’s something more going on here."

Meanwhile, a third simply gave up and said: "Nope, canny see it."

It's only on a much closer inspection that you can spot the camouflaged sleeve attached to a blue gloved hand at the left-hand side of the picture. 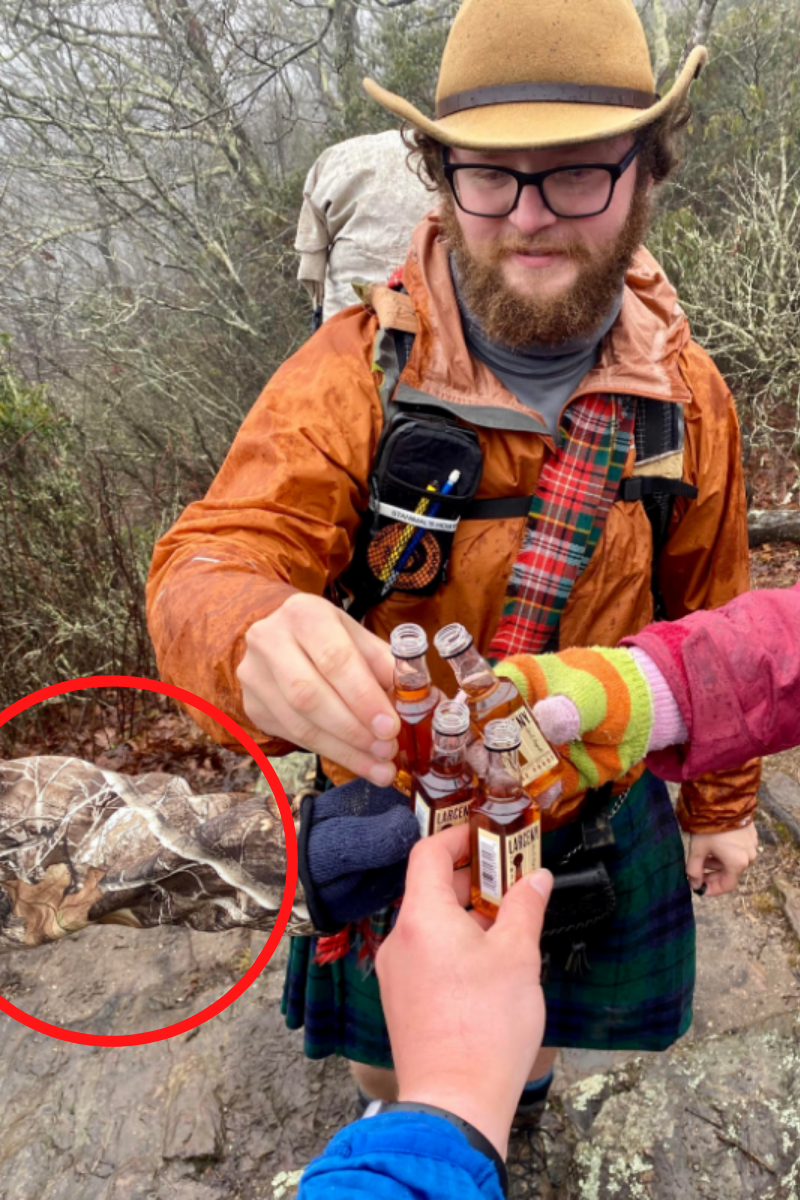 And, trust me, once you spot it you will never be able to unsee it.

After a close examination, one Twitter user said: "I zoomed in, stared at those blue fingers for a good 30 seconds trying to figure it out.

"Multiple solutions went through my head. Maybe it's a child underneath the cluster of hands.

"Maybe somebody is standing behind the guy in orange. Then I saw it."

Another joked: "This is literally the first time I've seen camouflage work."

Meanwhile we recently shared an optical illusion which does something freaky when you stare at the black dot for 10 seconds.

Plus this brainteaser challenges YOU to spot the 13 dangerous items in the home scene – and the time to beat is 45 seconds.

And this is what your sleep position says about your personality – from ‘rude’ Toy Soldier to ‘clingy’ Stretch Armstrong.

Nordstrom Now Has a Version of Katie Holmes’s Most Famous Outfit for $1,860 Less Than the Original

Inside Lady Gaga's Glam Style Squad, the Haus of Gaga: 'We Are Like a Family'