Beyonce’s greatest new model? Ciara! The singer slipped on a nude, latex bodysuit from the ‘Icy Park’ collection that had jaws dropping on Instagram.

Ciara recently said she’s “embracing” her new curves after giving birth to son Win Wilson seven months ago. And she put them all on display when she rocked a latex bodysuit from Beyonce‘s Ivy Park line on Instagram! Ciara, 35, sizzled in the shiny, nude ensemble that fit her like a glove, throwing her hair back and blowing kisses to the camera while showing off how good it looks from behind, too.

Ciara captioned the February 18 post with a “freezing” emoji, a nod to the new “Icy Park” collection that her friend Beyonce just debuted. Beyonce has been modeling some of the ultra-sexy pieces from the Adidas collaboration, including a cropped pink top and matching thong. She also posed with daughter Blue Ivy Carter, 9, for an adorable mother-daughter photoshoot in coordinating looks. Blue rocked latex pants like Ciara, as well as patterned leggings and a puffer coat.

The “One Two Step” singer’s fans and friends flooded her Instagram comments with compliments after seeing her sexy new look. Cheryl Burke dropped a bunch of fire emojis, while a fan commented “Body ody.” Another fan wrote, “Damn the princess is here Ciara.” So many commenters left heart-eyed and fire emojis, especially after seeing the photo Ciara posted along with her video. 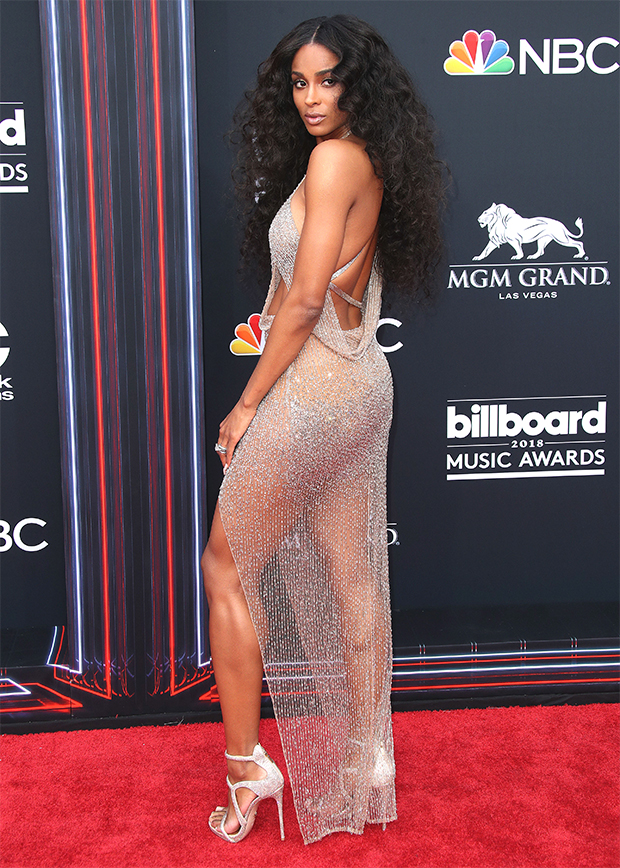 In the sexy selfie, Ciara is pursing her lips and leaning into the camera while still wearing her latex bodysuit. The singer recently told Oprah that she’s still working on getting to her “goal weight” post-pregnancy, but she isn’t rushing. “I’m embracing my curves,” she said. I think I may want to hold on to five more pounds than I normally would. It is somewhat a new me. Again, I was a bit more intense in my thoughts and goals and I realized, I had to step back and say, ‘I’m actually doing really great. I’m doing good.’”