The 87-year-old widower, who features on Old People's Home for 4 Year Olds, found his world come crashing down when his beloved “Barbie” passed away. 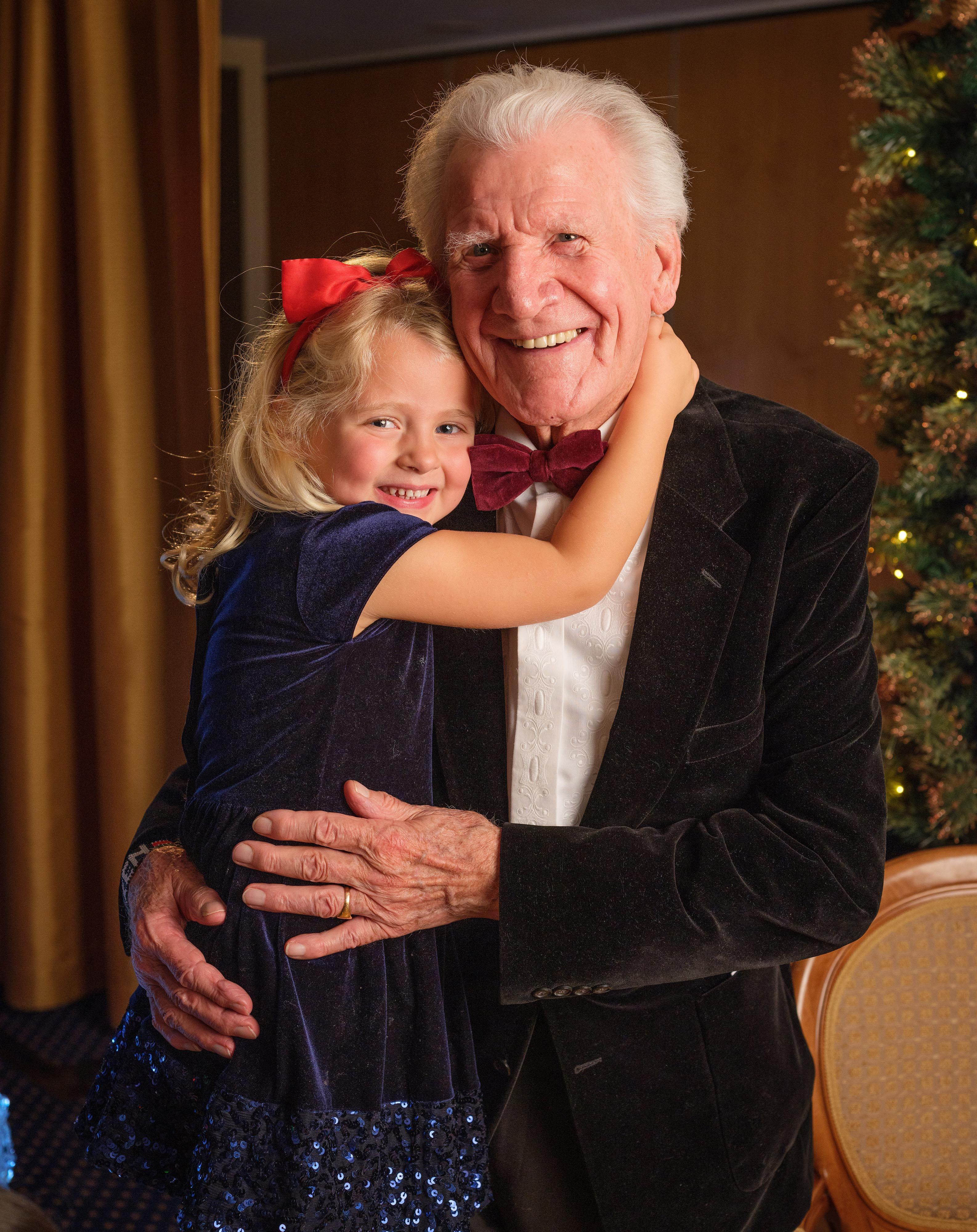 The festive period is particularly hard for Ken, as Barbara did all the present shopping, Christmas Day preparations and creating of fun on the special day.

Now all that’s left of those treasured days are little videos on a tape called MEMORIES that Ken regularly watches.

Speaking to the MailOnline, Ken admits there is a particular loneliness at Christmas for those in bereavement.

He says: “You just feel so terribly sad because you remember all the wonderful family Christmases you had.” 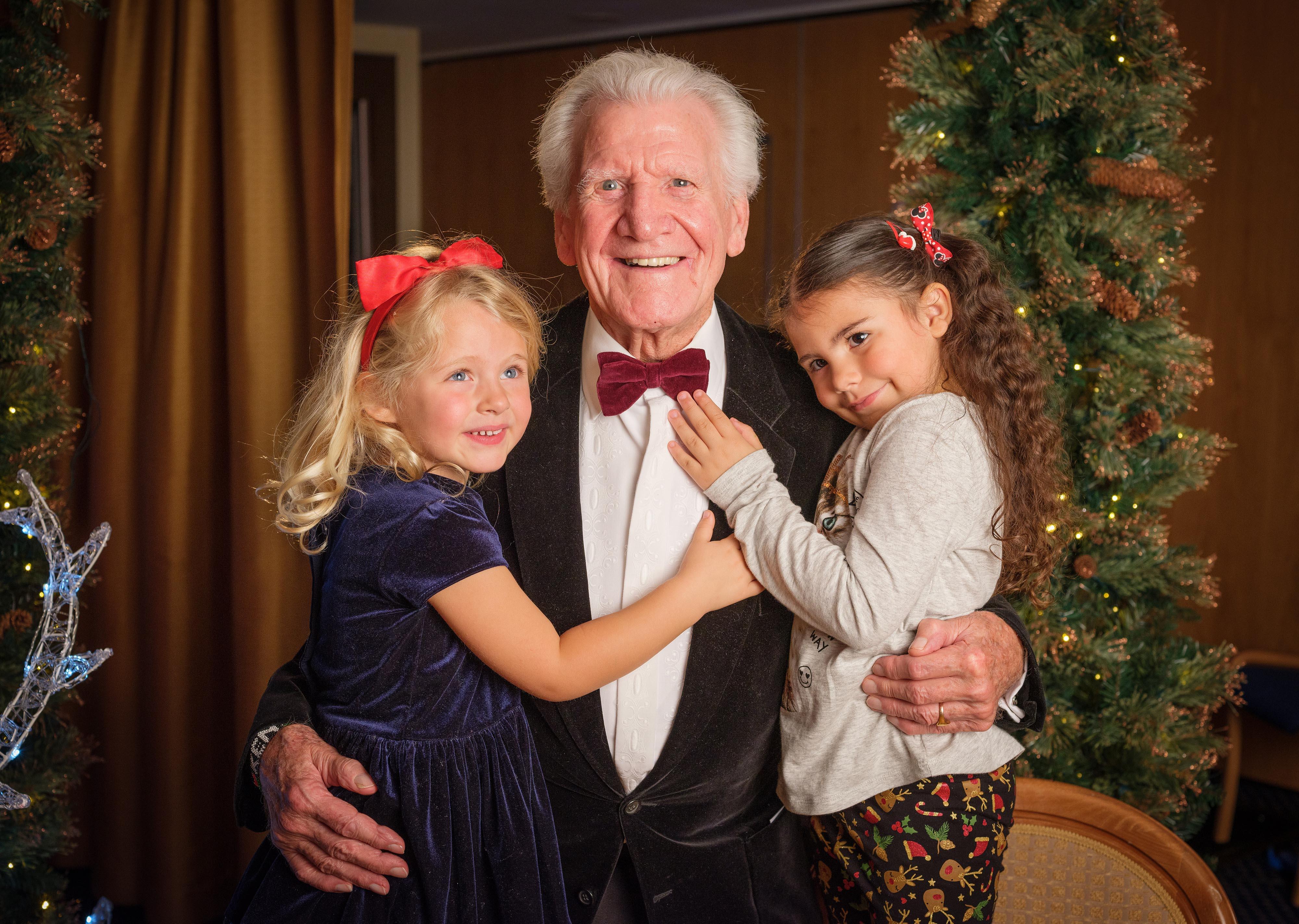 As his wife – who he met when he was 13 – comes alive on screen, Ken says he could watch Barbara all day.

Clips on the 1964 reel show his two young daughters dancing around in fairy costumes and opening their presents with the family.

The bliss ended just after the last Christmas Ken and his beloved wife spent together.

He said: “'Barbie had just been told she was terminal. We didn't believe it, of course, and she was so good on that day, we thought maybe they had got it wrong and a miracle was happening. But it wasn't. She died soon afterwards.

“I never wanted to celebrate Christmas after that. I became a bit of a hermit, I suppose."

Thankfully he still had his daughters and grandchildren, but Ken said it wasn’t the same and he didn’t want to bring everyone down.

He said: “It became a time when I just wanted to be on my own. I didn't want to spoil it for anyone.” 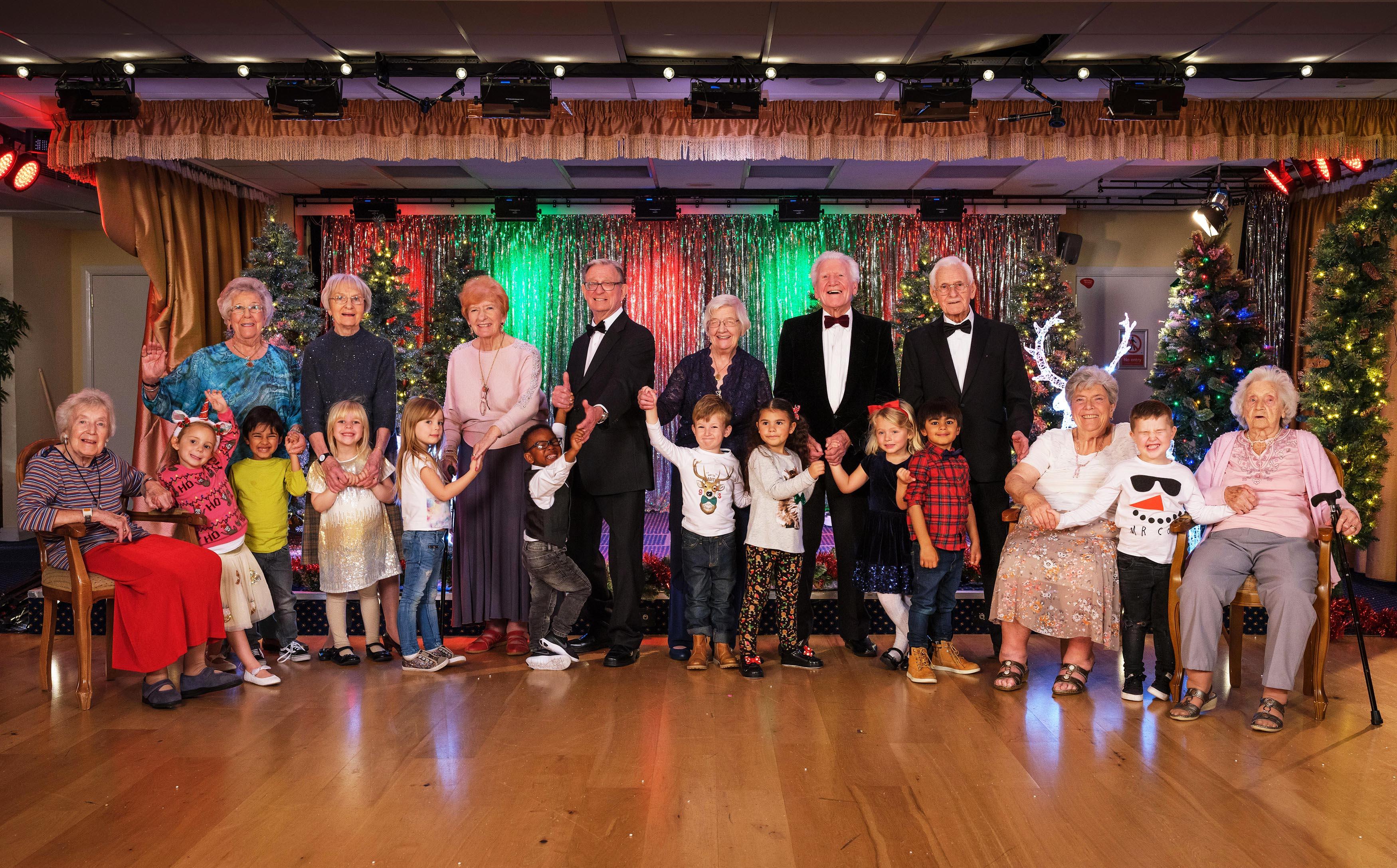 Thankfully, this year Ken’s Christmas has been turned upside down thanks to a new little lady in his life, four-year-old Lily.

The pair are starring on the poignant Channel 4 TV show, which sees a class of excitable tots mix with the elderly residents of Lark Hill retirement village in Nottingham.

The widower may have resigned himself to a solitary Christmas but adorable little madam Lily (who prefers the nickname Lily Bobtail) has other ideas, and the pair strike up a heartwarming bond.

In the Christmas special, the hermit widower heads to the toyshop to pick out the perfect present for the playful youngster.

After admitting at the start “I don’t like shopping”, Ken finds he rather enjoys the shopping experience – particularly a game called Pie Face, where his nose gets a coating of whipped cream.

Ken and his retirement home friend try on large bear and panda heads, and have the time of their lives.

He admits it was the most fun he'd had in ages, "even if they forced me into it." 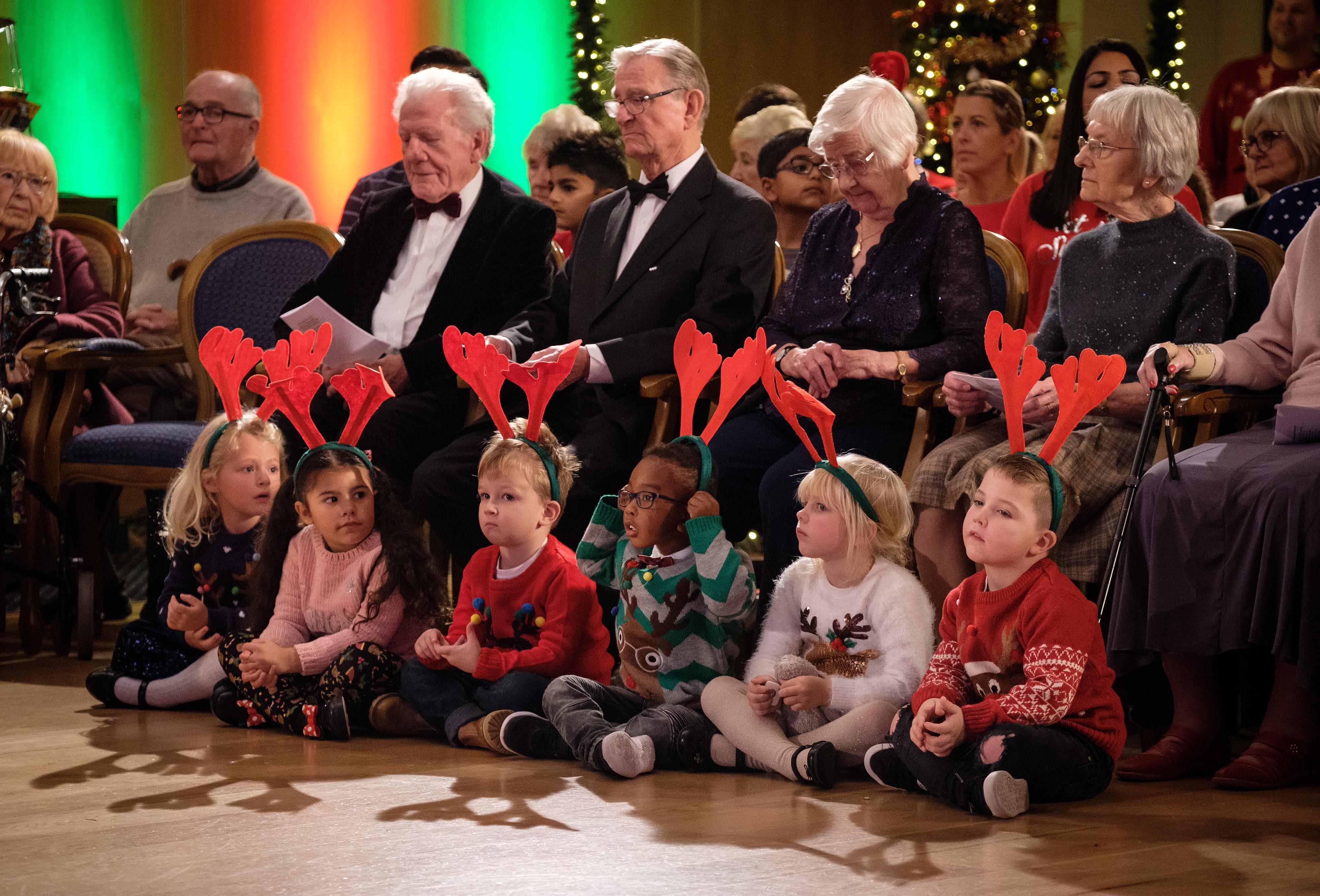 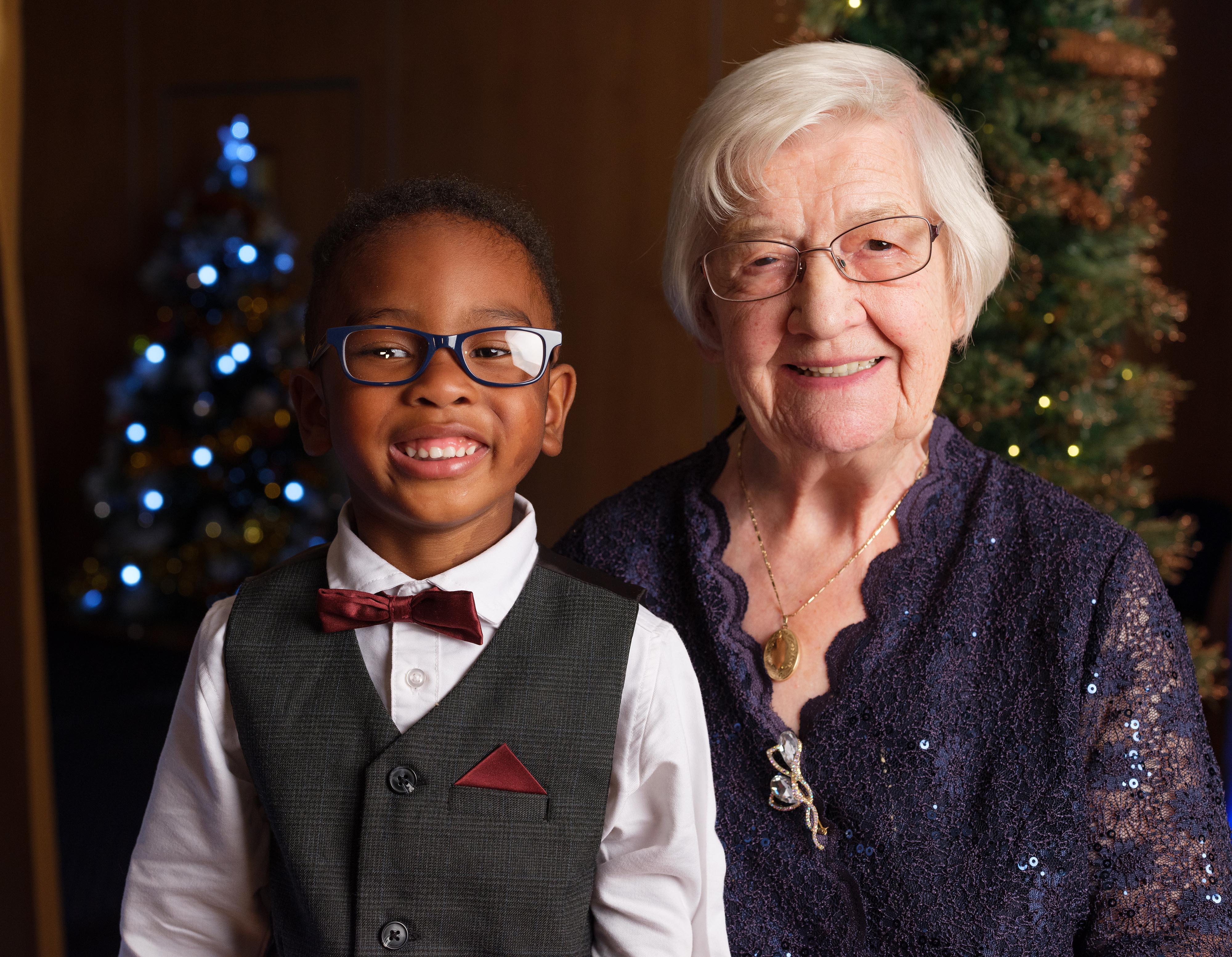 The aim of the TV social experiment is to build on studies that show mixing four-year-olds with older people has huge benefits for both age groups.

The Christmas special sees all ages join together to host a special carol service, make decorations and enjoy a snowball fight.

Many of the old people admitted the experience had given them a “new lease of life”.

But the big question on many fans lips has been did the new old and young best friends keep in touch after filming? 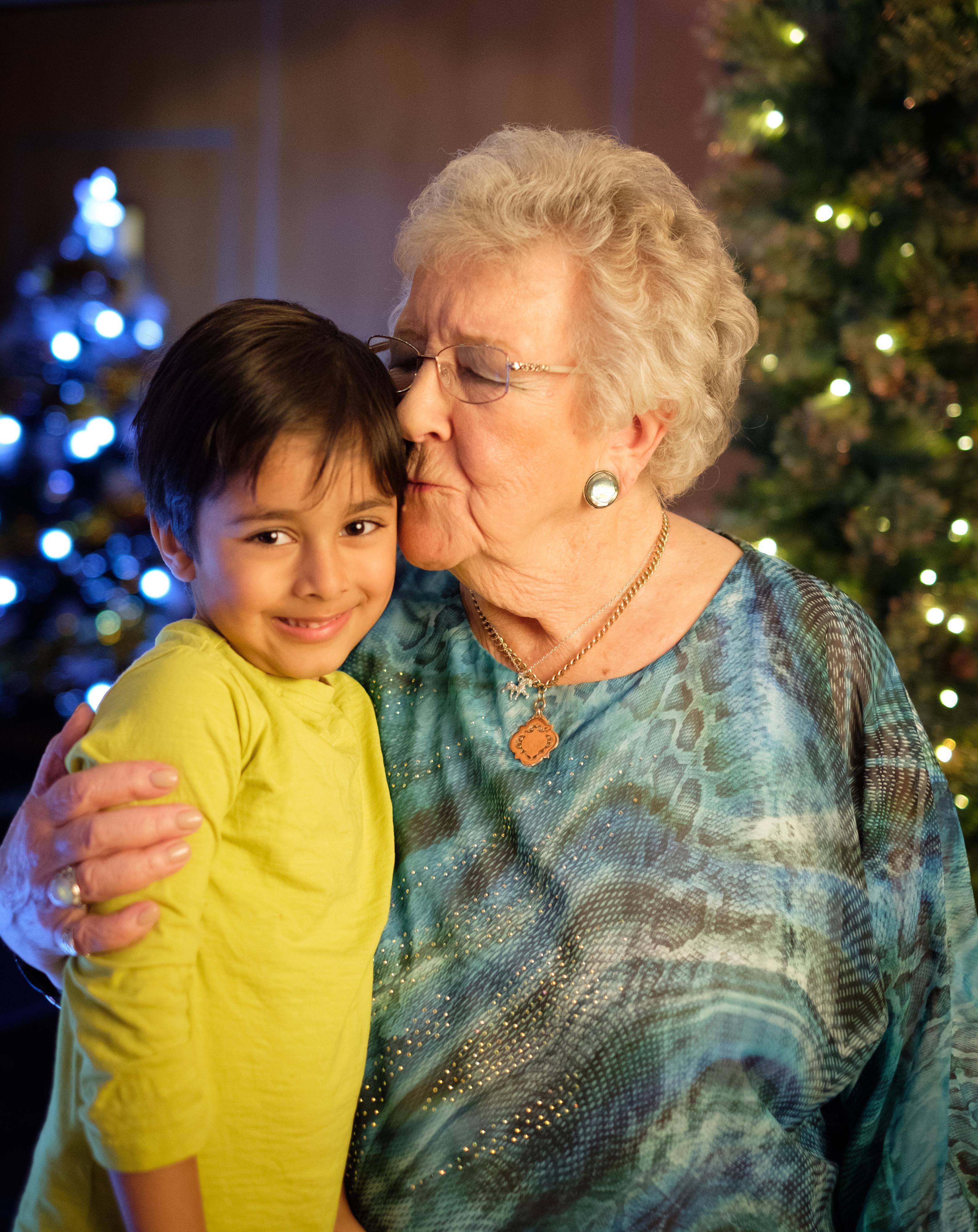 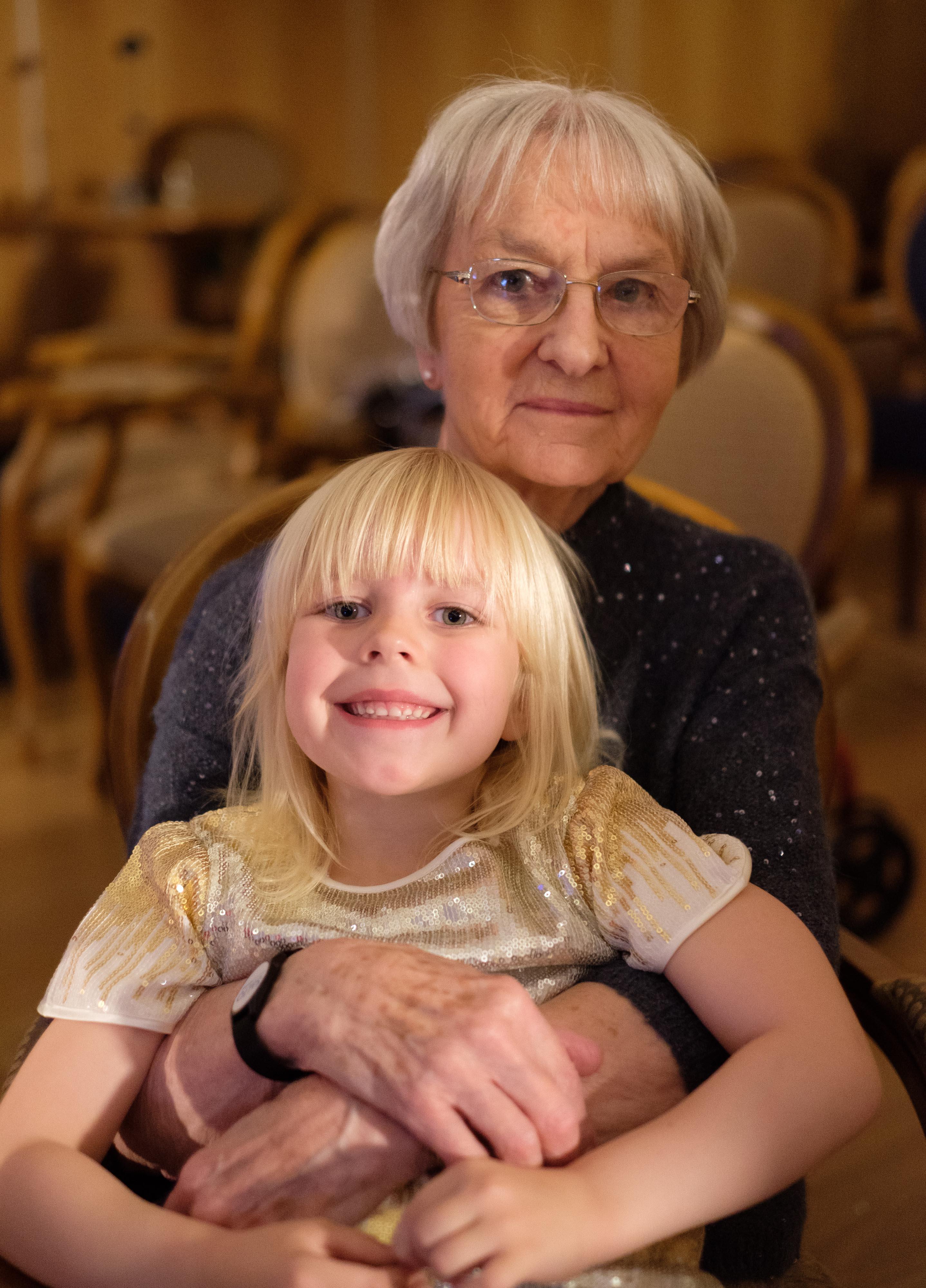 Ken cracked a large grin when he was asked this and said they are in regular contact.

He said that last Saturday the kids and their parents came over for lunch and there was about 40 of them in total.

He added: "When we see them it makes the whole week brighter.”

One of the young girls on the show, Scarlett, lost her mum Sally to cancer just before filming, and became best friends with her 84-year-old pal Beryl.

Scarlett’s dad Tim said Beryl has since become “family”, and the old residents have become unofficial grief counsellors for his young daughter. 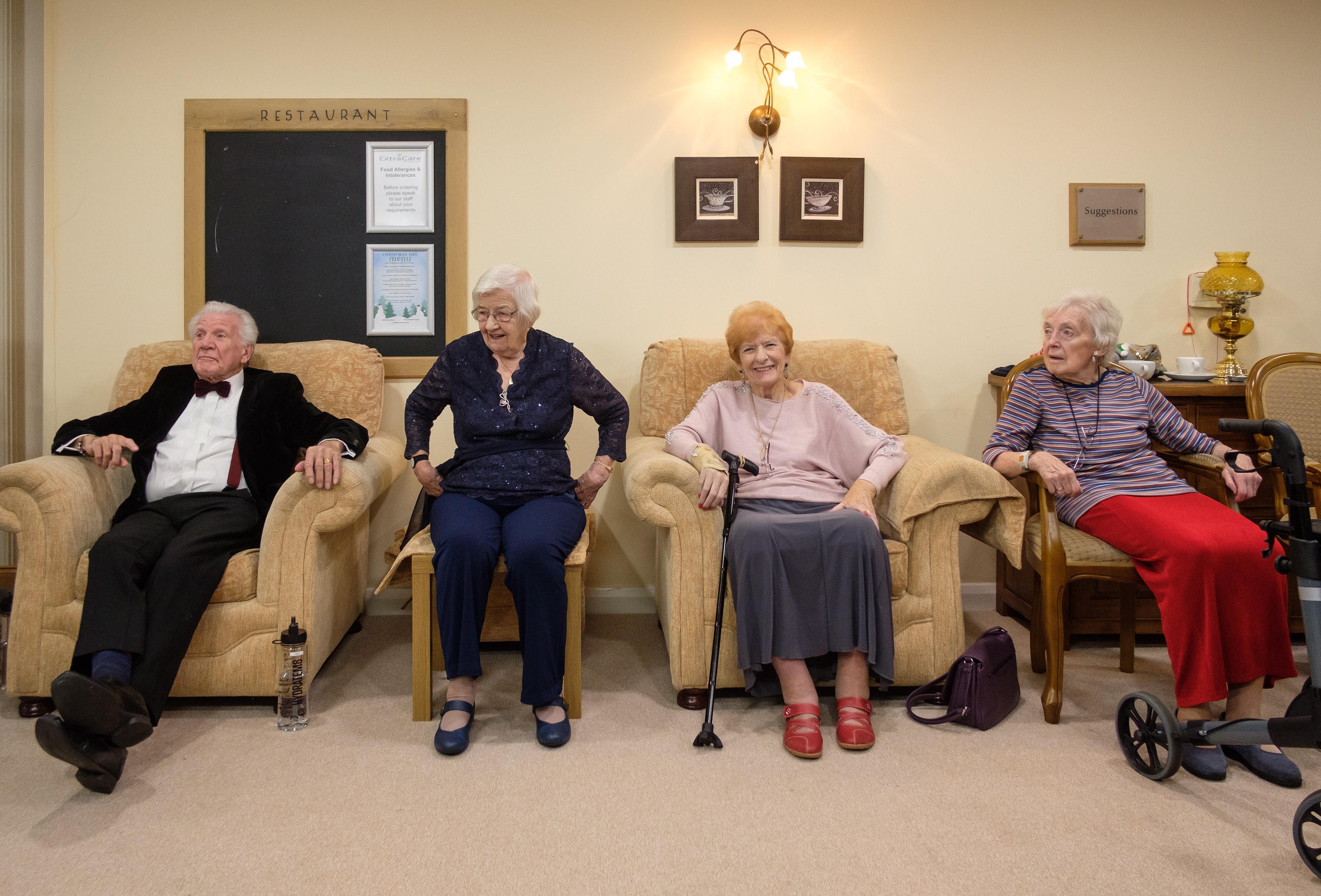 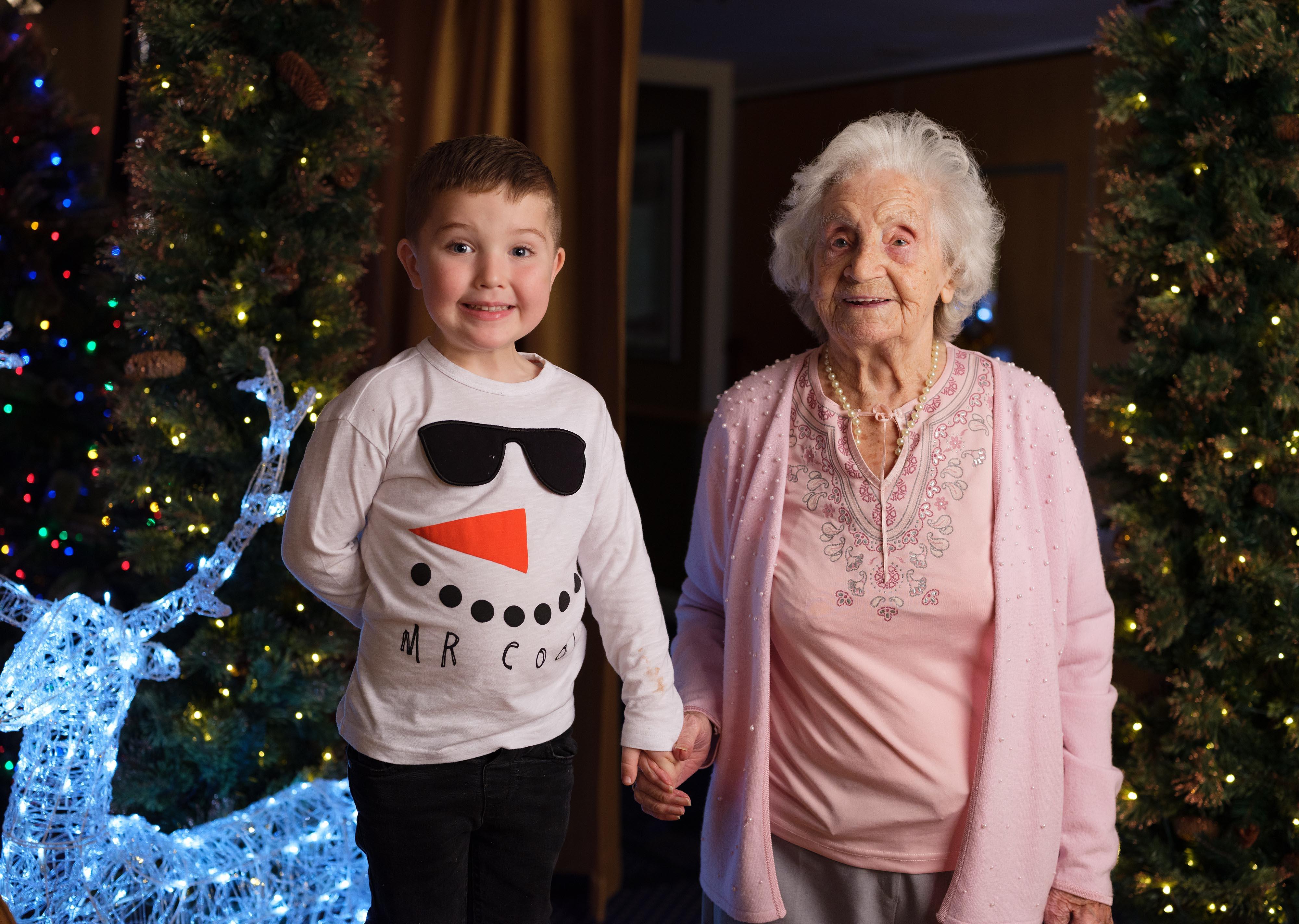 Tim said: “Because we had just lost Sal, I was worried about her. But to see her not only making friends but friends she could open up to about what she was feeling was incredible.

“They have all experienced loss, so I think it has normalised it for Scarlett. She knows there are other people who have lost mummies and daddies, and husbands and wives.”

Ken said Barbie would be overjoyed that he’s made new friends and found joy again.

He said: “Oh, she would be thrilled. She loved children. I used to call her the Pied Piper because they always flocked to her. She'd love this, I think. I know she'd want me to be happy. And I am.”

Old People's Home For 4 Year Olds at Christmas is on Channel 4 tomorrow at 9pm. 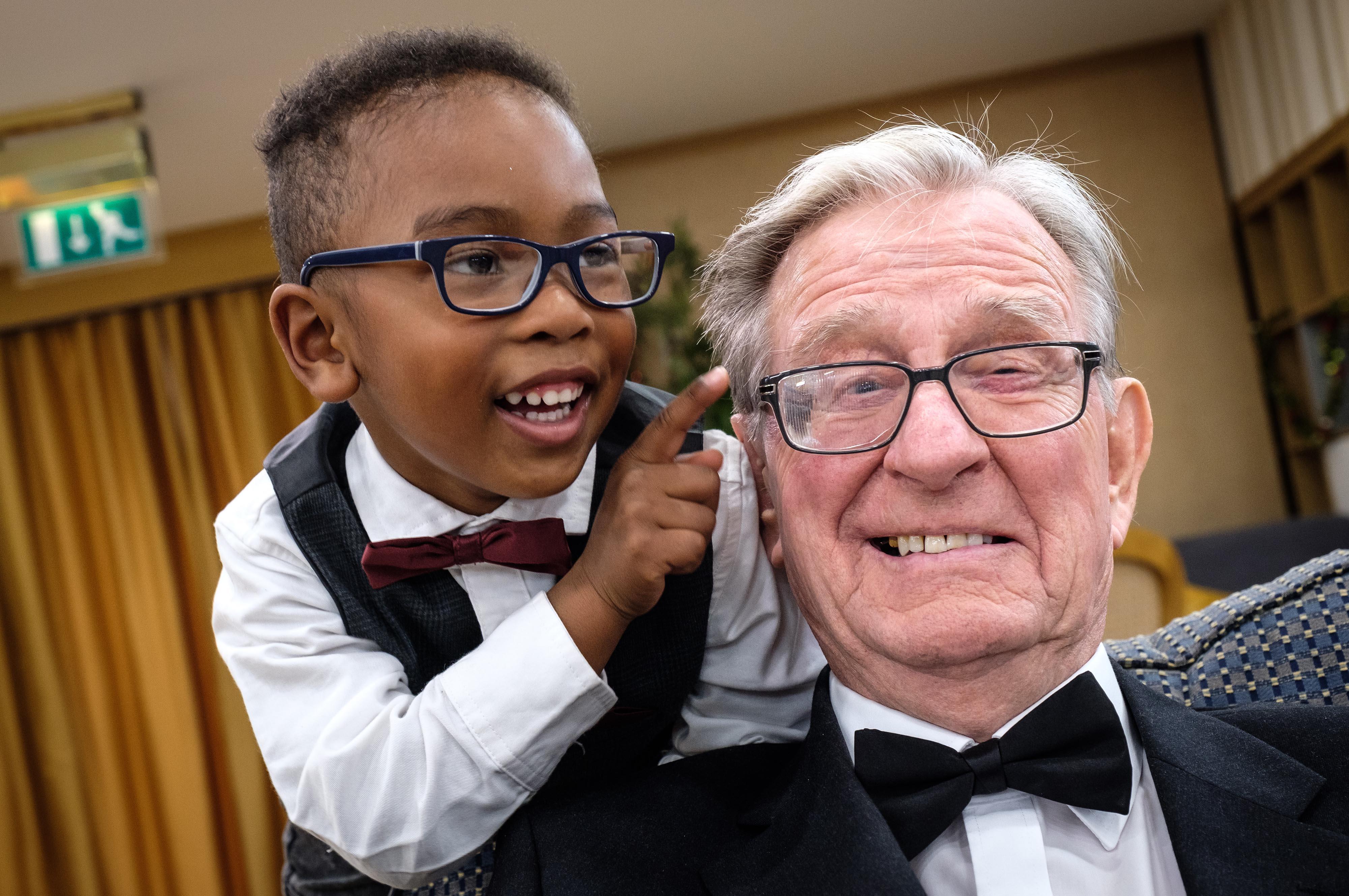 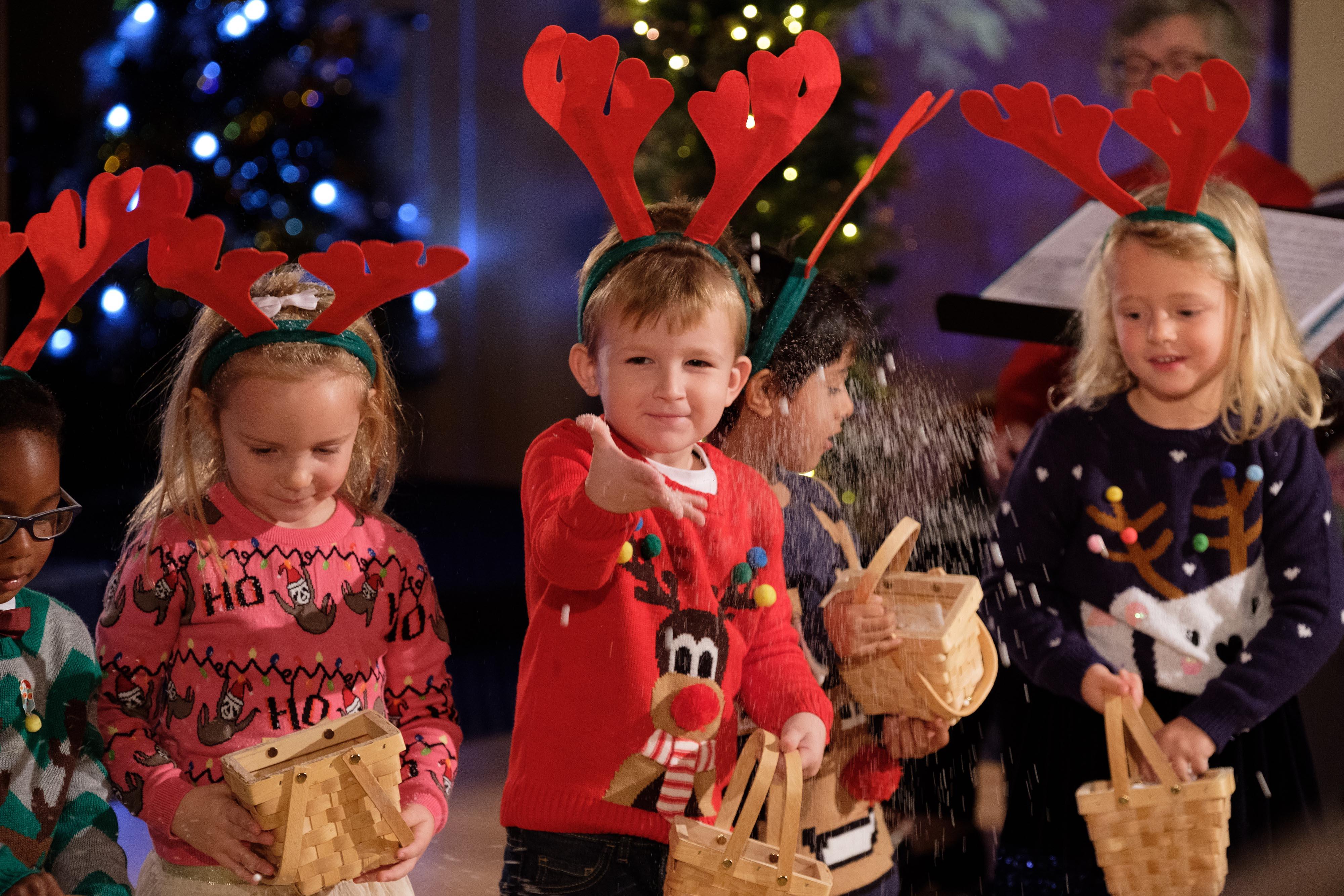 Another sad moment came when it was revealed 97-year-old Victor is undergoing tests for cancer.

We recently told you about Rich Kids Go Skint star, 21, shocked single mum-of-three’s weekly food budget is SEVEN TIMES less than she spends on petrol – and that she doesn’t have a spare room for her to sleep in.