EATING breakfast in the shower, sipping a cup of tea on the toilet and even taking video calls from the bath among the weird and wonderful things Brits get up to in the BATHROOM.

A study of 2,000 adults found 42 per cent often escape to the bathroom for a bit of peace and quiet away from the rest of their household. 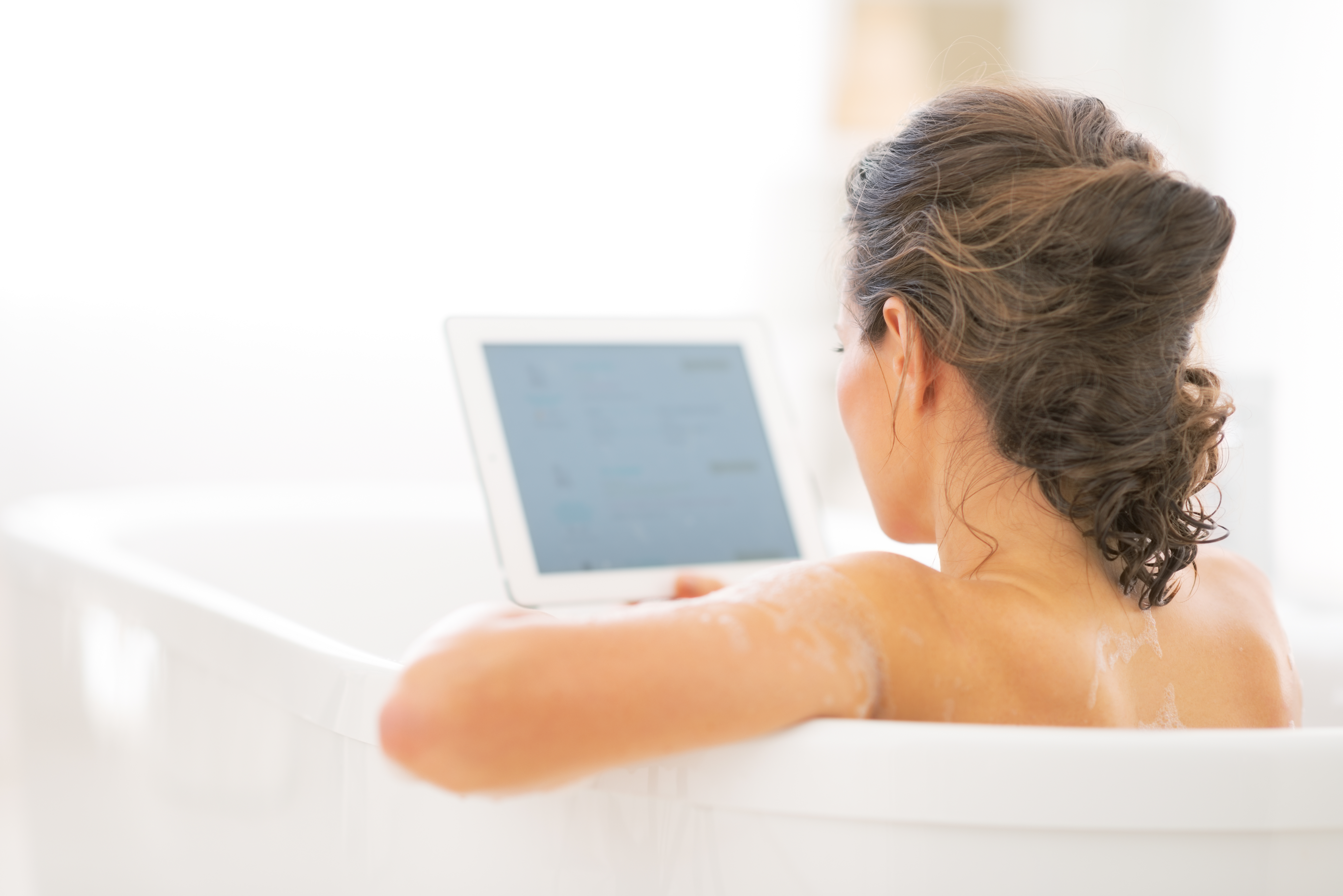 In fact, 55 per cent regularly have an extra-long bath or shower so they can have more time to themselves.

A further one in six have been known to give themselves a pep talk in the bathroom.

Sex, phoning friends, drinking beer and writing to-do lists are other things Brits have been known to do in the bathroom.

It also emerged that when it comes to bathroom rituals, 82 per cent are particular about what way round the toilet roll faces – 67 per cent believe the only correct way is to have the paper coming down ‘over’ the rest of the roll to hide it.

And 74 per cent must always shower in the same order – with the most popular routine for washing being face first, followed by hair, arms and armpits.

A spokesman for B&Q, which commissioned the study to find out what really goes on in the most secretive room in the house, said: “The bathroom is more than just a suite, taps and showers.

"It’s where we go when we need to be ourselves, it sees our greatest moments of vulnerability, both small and big.

“We help our customers build perfect spaces, with everything under one roof and our showroom teams ready to help, we want Brits to create that perfect space that’s all theirs, allowing them to be whoever they want to be.”

It also emerged 38 per cent claim to have some of their best ideas when having a shower or bath.

More than a third have also done something in the bathroom they’ve kept a secret, such as eating or taking a nap.

One in six would even describe the bathroom as the heart of the home – but more than a quarter don’t like the way theirs is decorated.

As a result, 37 per cent have plans to give it a makeover.

Changing the tiles, making the room bigger and a fresh colour were the top improvements respondents would like to make, while one in five long for underfloor heating.

While the biggest irritations in current bathrooms were toilets that don’t flush properly, leaking taps and running out of loo roll.

TOP 40 UNUSUAL THINGS ADULTS HAVE DONE IN THE BATHROOM

21.       Played games while sat on the toilet (like throwing a toilet roll into a bin)

30.       Stood on the side of the bath or toilet to see their whole outfit/shoes

Elsewhere in Fabulous, thrifty bride saves £21K on her dream castle wedding but annoys guests by chopping out partners and plus ones.

Plus doctors found I was pregnant but I hadn’t had sex for a YEAR, I was absolutely horrified.

The Drop: 9 products to help you achieve your 2021 goals

5 Fashion People on What They're Actually Wearing During the Pandemic