A SINGLE mum is fuming with her local shop after they banned all kids, claiming it’s discriminating against single parents.

She took to Mumsnet to rage at the situation, claiming smaller stores are now only allowing adults to shop. 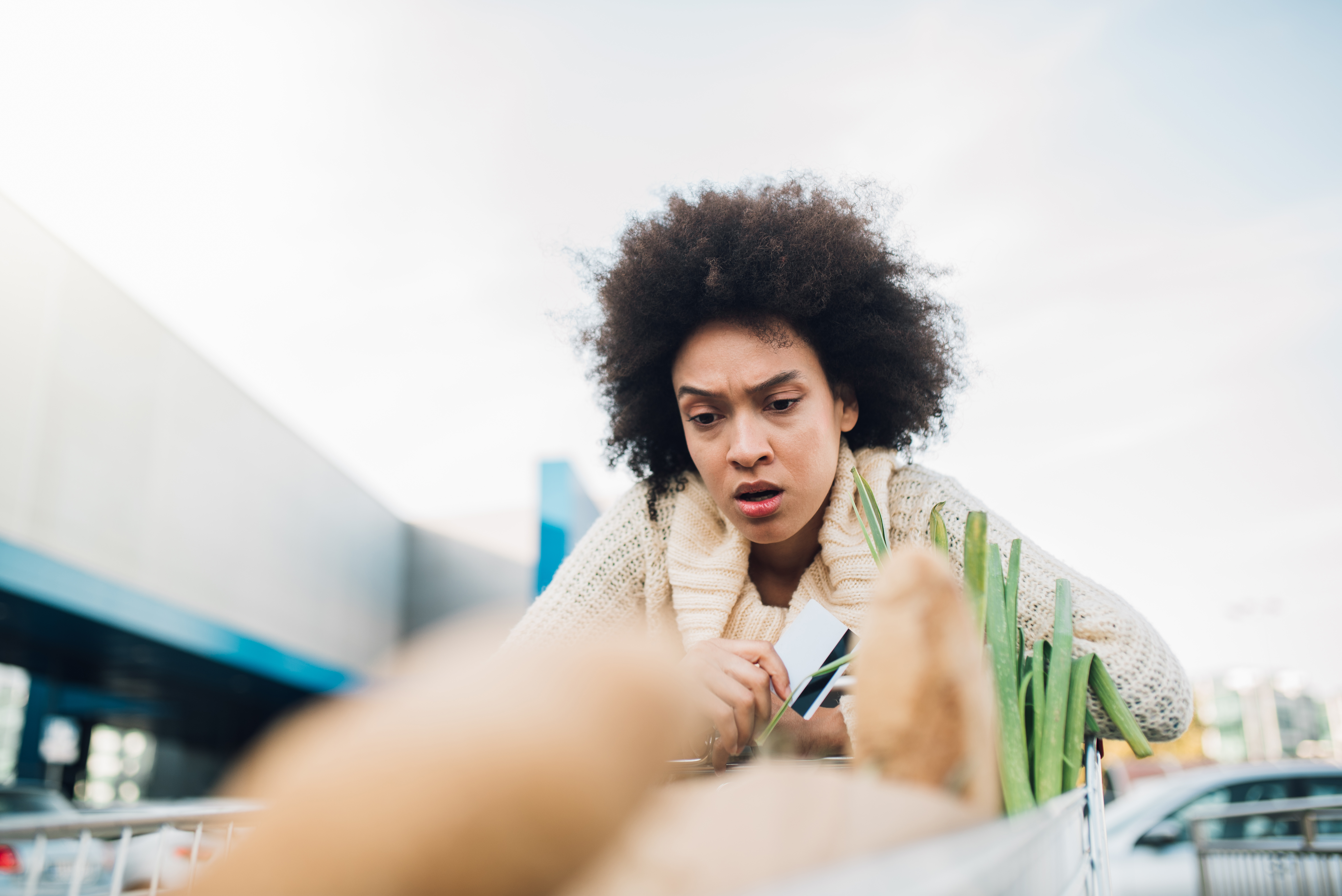 The mum said she didn’t know how she was supposed to buy essentials, after delivery slots were booked up and she wasn’t able to leave her child with anyone.

She said: “I feel completely enraged by this.

“With delivery and collection slots now going to the vulnerable (as they should) it’s becoming more difficult to buy essential shopping as it is.

“To remove access to essential goods based on the person having a dependent they can’t leave at home is upsetting imo.

“Surely this is discrimination?”

She claimed she and her child hadn’t left the house in over a week, and felt asking someone else to do her shopping was riskier than going herself.

She added: “When my child and I haven’t left the house in 10 days (he has a learning disability so is classed as vulnerable) surely getting a third party to do the shopping (like a neighbour who people have suggested) who is more than likely to have been out during this time actually increases the risk of infection to fellow shoppers and ourselves?”

Her post has been met with a mixed opinion, with some people standing by the store’s decision.

More than 500 people have have weighed in to the debate online, claiming she should call the manager, try and get a neighbour to help out, or even leave her kid in the car while she pops in. 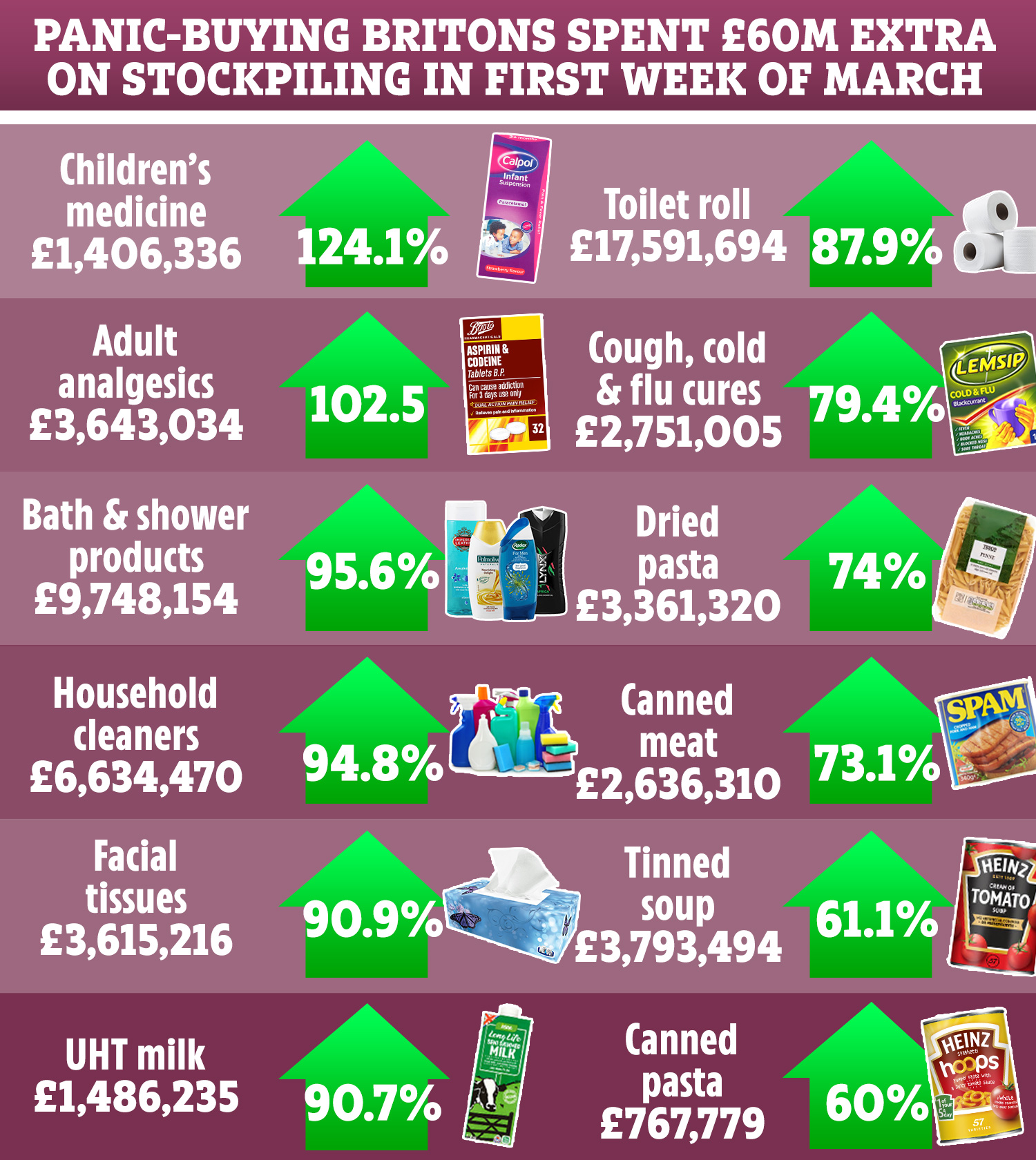 One person said: “Presumably they are stopping children entering and marital status has nothing to do with it. Would you prefer they close instead of taking measures to protect themselves and their other customers?”

Another thought: “I guess they think they’re helping shield their vulnerable guests from germ ridden children- and perhaps also live in an area where feckless parents would and do send their kids alone to the shops every day several times for sweets, drinks and now for the shopping too. So they’re banning kids. I get it.”

A third added: “I assume this is because many people can not control kids from running around whilst in supermarkets and do not want the spread of possible germs/social distancing.” 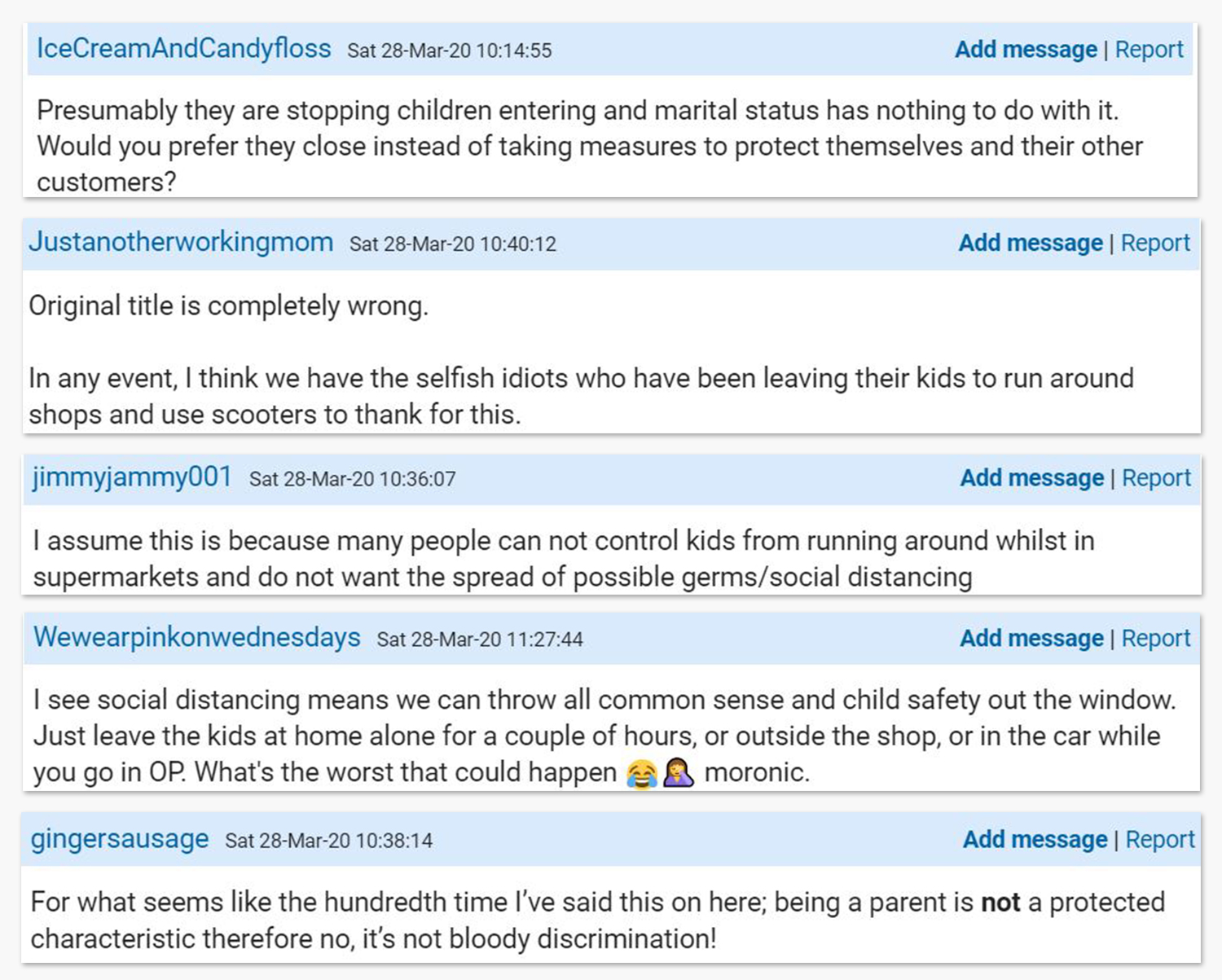 Someone else commented: “For what seems like the hundredth time I’ve said this on here; being a parent is not a protected characteristic therefore no, it’s not bloody discrimination!”

While this person simply said: “Original title is completely wrong. In any event, I think we have the selfish idiots who have been leaving their kids to run around shops and use scooters to thank for this.”

But some defended the mum, and claimed the store's policy was unreasonable.

This mum said: "Fair enough they are trying to keep people safe but since your not meant to leave your dc with people who don't live with you how is a single parent meant to buy food!"

Plus mums were raging at B&M after the store appeared to close aisle of baby products claiming they're 'non necessities'.

Meanwhile this mum was horrified when her toddler gives her stockpile of loo roll a bath with all her toys.

And this mum was also left in shock after she bought an 18-pack of loo roll and her toddler put them all in the bath.

I'm a skincare expert – I'd never use Kim Kardashian's SKKN or Kylie Skin, why you shouldn't be sold by the name | The Sun