A WEDDING photographer was forced to photoshop their pictures after the mother-in-law decided to wear white on her son’s big day.

Taking to the Facebook group, That’s It I’m Wedding Shaming, a guest shared the before and after photos of the groom’s mum. 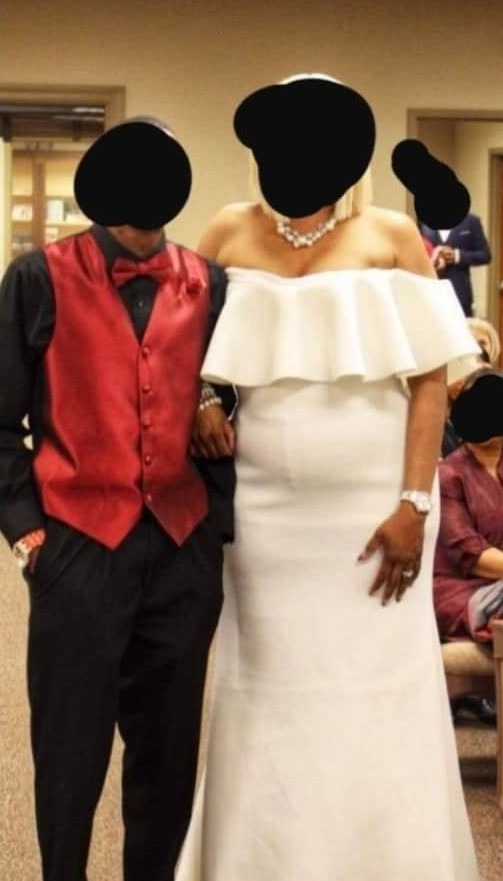 In the first image, the mother-in-law can be seen dressed in a floor-length white evening gown complete with a large off-shoulder frill.

But in the second image it is as though the dress has been dyed red, perfectly matching her partner’s waistcoat.

Captioning the snap, the poster wrote: “The mother-in-law defied the bride and wore white.

“The photographer changed the dress in all the official photos to red. Love it!” 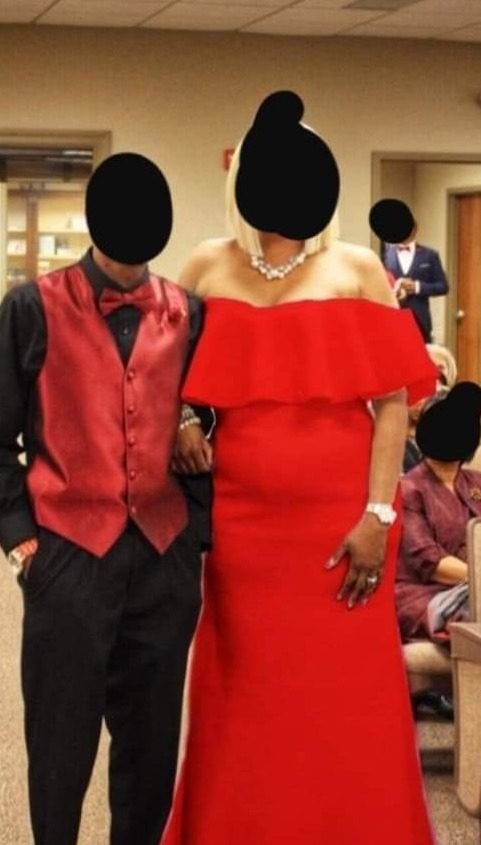 Fellow group members were equally outraged by the mother-in-law, and were quick to praise the photographer in the comments.

One wrote: “I would totally hire that photographer.”

“Best photographer ever” agreed a second, while another added, “awesome photographer!!! ? ?”

In other wedding news, a furious girlfriend slammed for ‘tacky’ sign moaning she’s gone 3,058 days without a proposal.

And this bride-to-be stunned by guest’s ‘rude’ RSVP – but some think he was in the right.

We previously shared the stories of brides who have had to cancel their weddings due to lockdown.