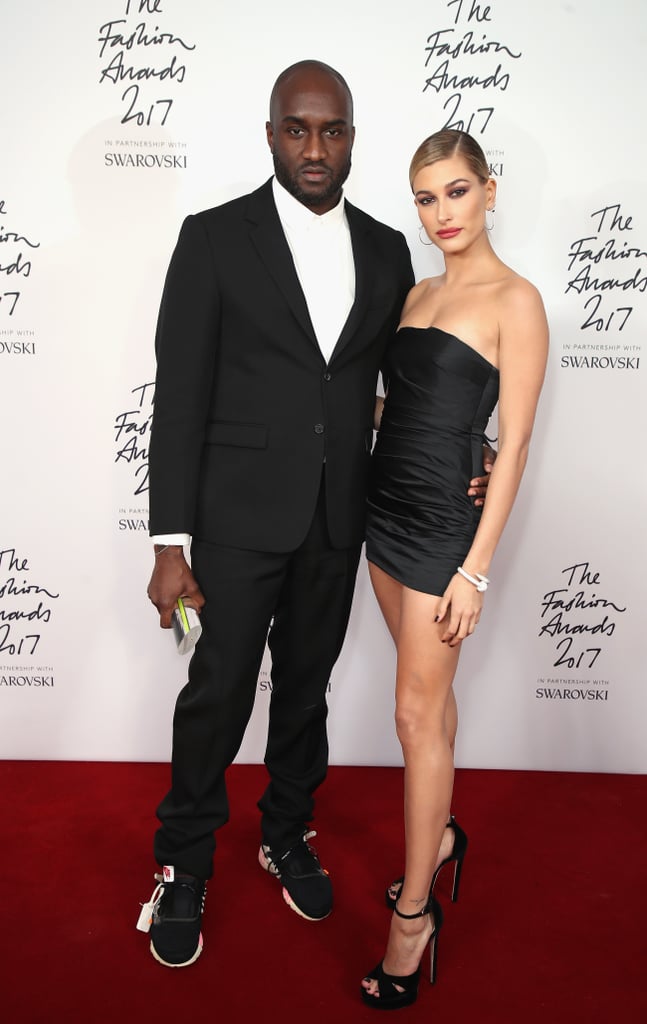 Hailey Baldwin’s Wedding Dress Is Gorg, but Her “Till Death Do Us Part” Veil Is on Another Level

Hailey Baldwin finally revealed photos of her wedding dress and it’s everything we’d hoped it’d be and more. After tying the knot with Justin Bieber in a courthouse wedding in New York City last year, the adorable couple said “I do” for a second time in front of family and friends in South Carolina on Sept. 30. For the actual ceremony, Hailey walked down the aisle in a custom Off-White wedding dress designed by Virgil Abloh. The model posted pictures on Instagram of her lace wedding dress that featured long sleeves, a low-cut back, and a long veil that had the words “Till Death Do Us Part” in quotes at the end of it.

For the couple’s rehearsal dinner, Hailey wore a custom-designed Vivienne Westwood number and white Jimmy Choo sandals that featured two oversize tulle bows on the ankle straps. The bride finished the look with silver earrings, a diamond pendant necklace, and a white hair bow. Hailey’s reception look reminded us of Meghan Markle’s Stella McCartney gown that she wore during the royal wedding. Later in the evening, Hailey rocked a leather jacket with the word “Wife” written on it, while Justin sported a bow tie with a white suit. Read on to get a closer look at the sketch of her bridal outfit ahead.

Helen Mirren on Choosing to Let Her Hair Go Gray: 'I Did It Because I'm Lazy!'

It's Getting Hot in Here, Thanks to These Awesome Memorial Day Swimsuit Deals