Harper’s Bazaar Australia is coming back to Australia.

Global fashion bible Harper’s Bazaar is set to relaunch into the Australian market, as the US media giant Hearst teams up with a new and much smaller local partner to have the glossy back on local news-stands by September.

After being unceremoniously dumped by its former Australian partner, the German-based Bauer media a year ago, Hearst Magazines International has partnered with Switzer Media, a small custom-publishing outfit that also produces the cult fashion magazine Russh in a joint venture.

The debut issue of Harper’s Bazaar Australia, a special collector’s edition, will hit news-stands in September.

In July 2020, it became a victim of the ever shrinking print media business in Australia as Bauer fought to salvage its $500 million loss-making investment in Australian magazines when it bought ACP from the Packers in 2012.

Bauer sold out of the business months later, while Hearst has been busy trying to secure a new local partner to realise its ambitions for the historic high-end fashion title.

While key editorial positions have not yet been revealed, it is understood the magazine’s most recent editor-in-chief, Eugenie Kelly, is likely to be reinstalled. 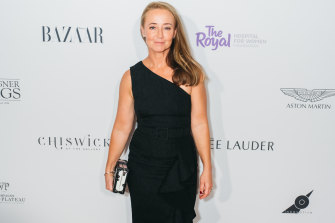 Former editor-in-chief Eugenie Kelly is front-runner to return to the helm of Harper’s Bazaar Australia when it relaunches in September.

She will also conduct the search for a number of key creative positions, including editor in chief of the brand.

“To be appointed publisher of this 154-year-old iconic fashion bible is a great honour,” Jordan said.

“Bazaar has been missed by its loyal following in Australia in recent times and not only are we excited about its relaunch, we are passionate about collaborating with Hearst Magazines as we understand and redefine our readers’ expectations.”

The magazine has 30 editions around the world and is published in 22 languages.