A WEALTHY heiress whose parents bought her a bungalow so she could store all her designer clothes admitted she didn’t know what a parsnip looked like on Rich Kids Go Skint. 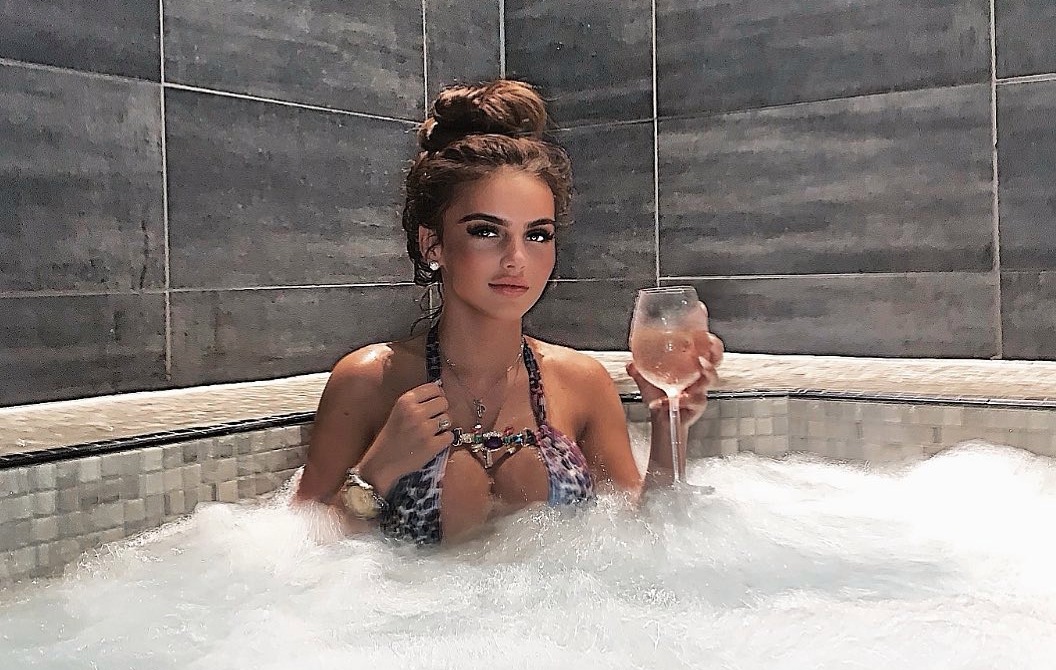 The teen explained she moved into a luxury bungalow next door to her parent’s house when she was 15, so she’d have more wardrobe room for all her expensive clobber.

She said: “All my life, if I wanted something I could ask for it and they could give me it.”

Rendall boasts she can charge up to £1,000 for three photos on Instagram, and regularly shares snaps of herself in hot tubs and airport business lounges.

Rendall, from Essex, is the latest wealthy teen to appear on Channel 5’s Rich Kids Go Skint, as she swapped her pampered lifestyle to stay with a struggling family-of-four. 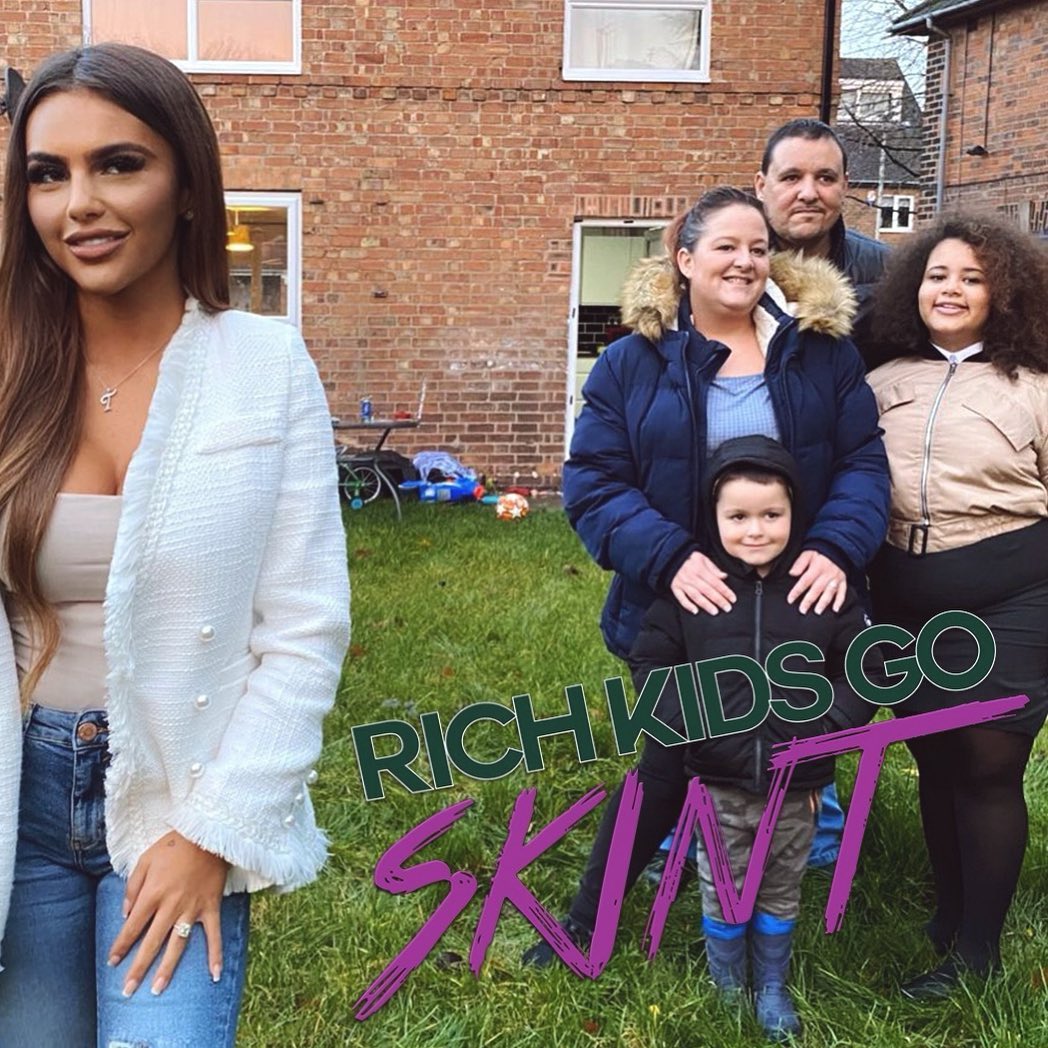 The family lives off around £197-a-week from Universal Credit, after being made homeless when their move from the capital up north ended in disaster when the family member they were living with was evicted.

Tony explains they were given just one hour by bailiffs to move out all their worldly possessions, before changing the locks. 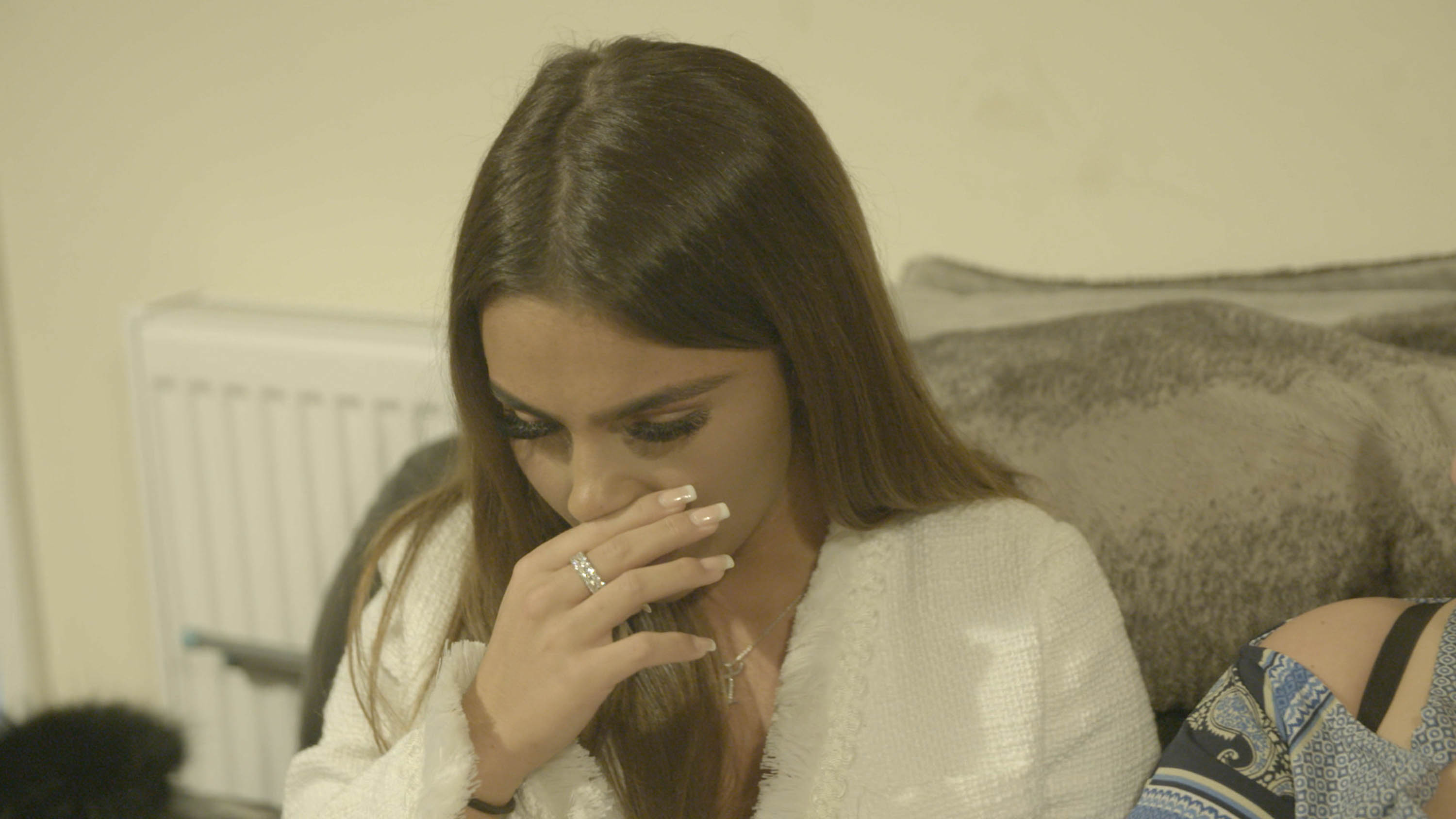 Tony was forced to sell his car for money, meaning he was unable to continue working as a delivery driver.

The family also use Diana’s student loans to get by, with Tony describing their situation is ‘mad tight’.

The mum explains she decided to retrain in business management, but now finds herself stuck between being overqualified for some jobs, while she doesn’t have enough business experience to get a job in that industry yet. 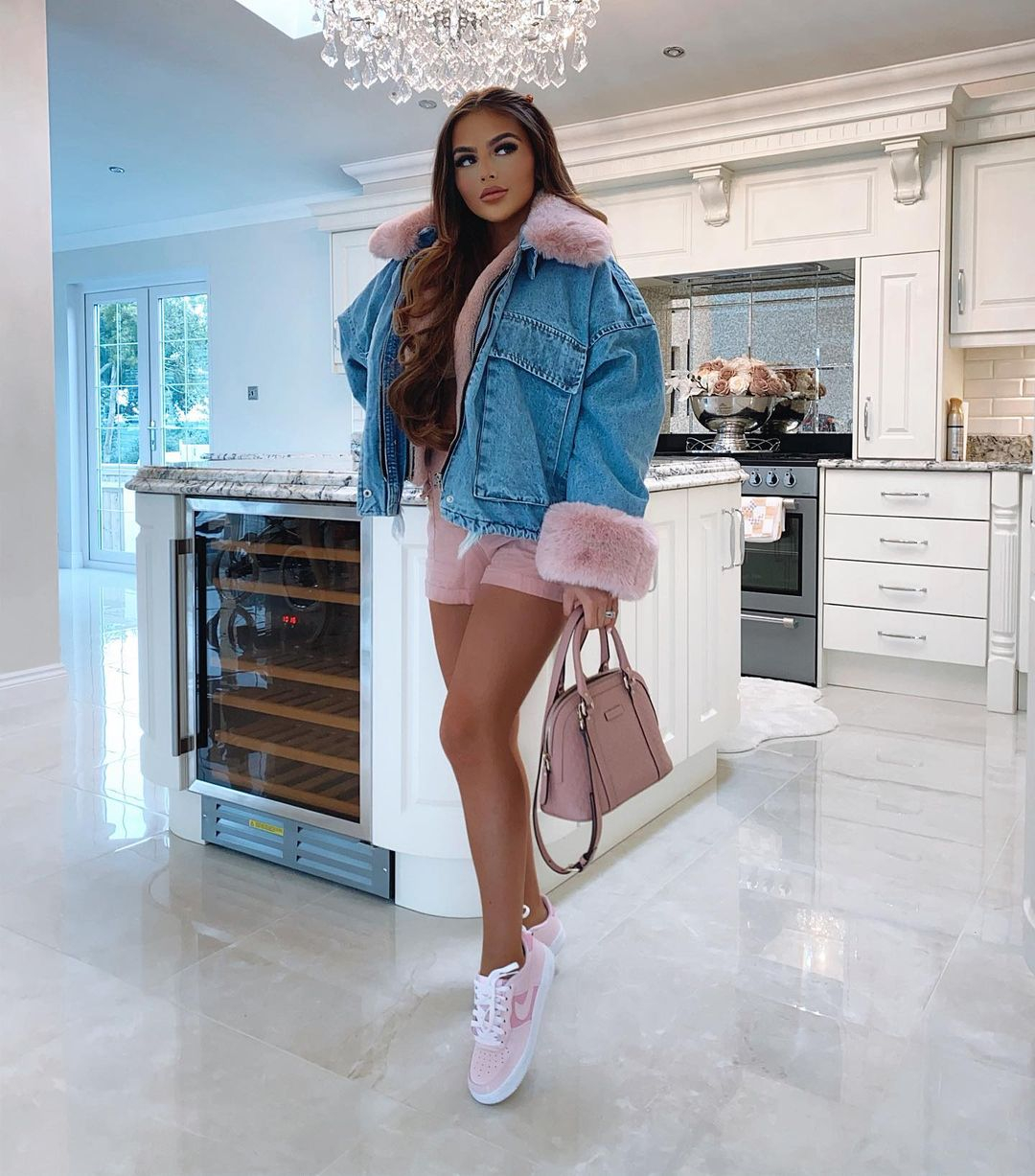 But she tries to pick up work wherever she can, as she attempted to sell cosmetics online, with the help of Izzy, which wasn’t successful.

After seeing how the family has to scrape to get by, Rendall, who’s never been set an allowance, says: “I can’t imagine how many people spend the whole day searching for a job, so like Diana said, it's a struggle.”

While Rendall has been pampered her whole life, she was homeschooled by her mum from age 13, and insists she ‘understands the real world’. 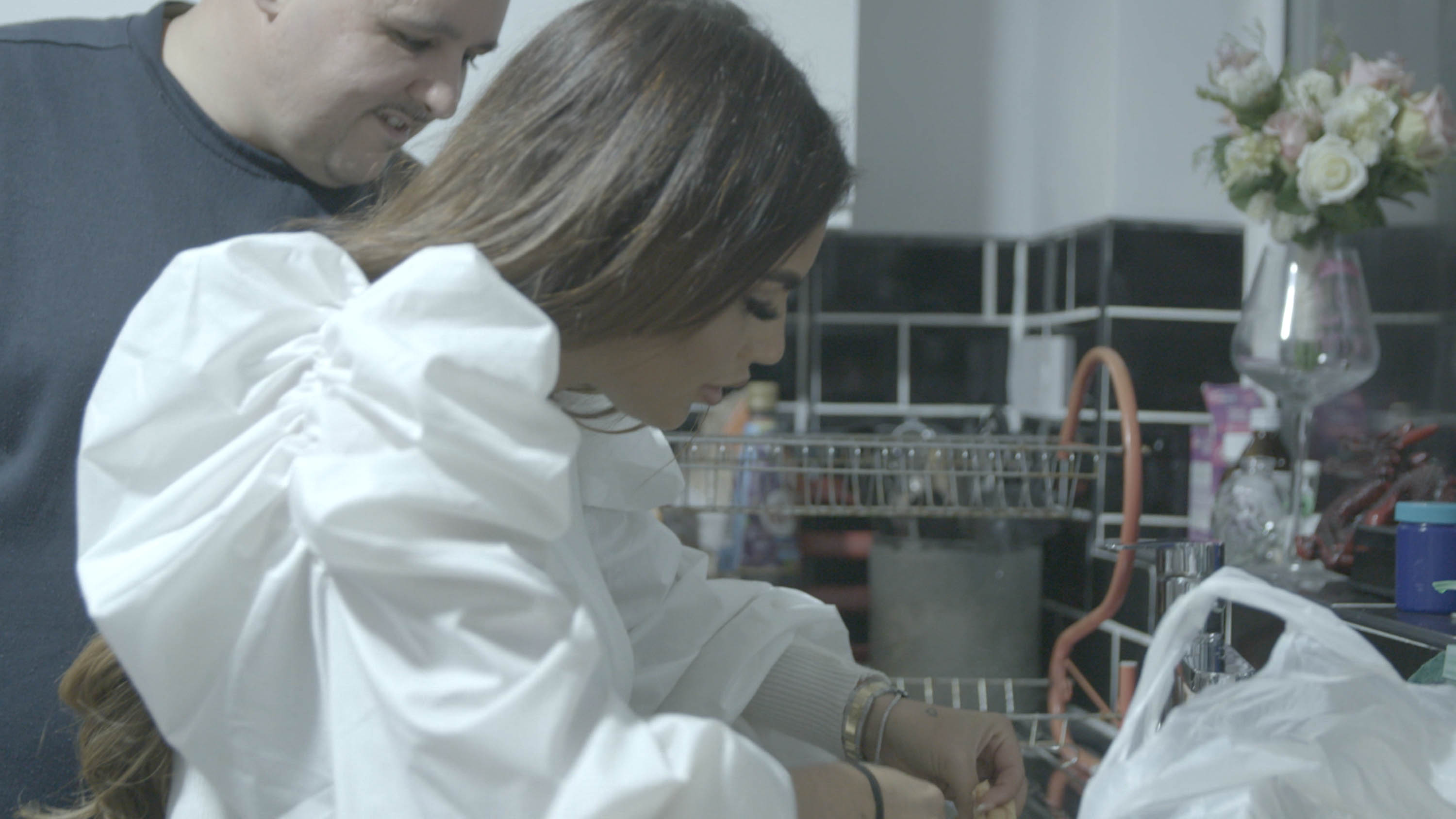 She points out there’s a difference between “living in a situation and understanding a situation”.

While the teen admitted her life used to revolve around ‘money’, Rendall says she has a different outlook nowadays after her late mum was diagnosed with secondary cancer, meaning it had spread to other parts of her body.

At the time Rendall says she ‘refused to believe’ there was no treatment available, and it made her realise money can’t buy you health and happiness. 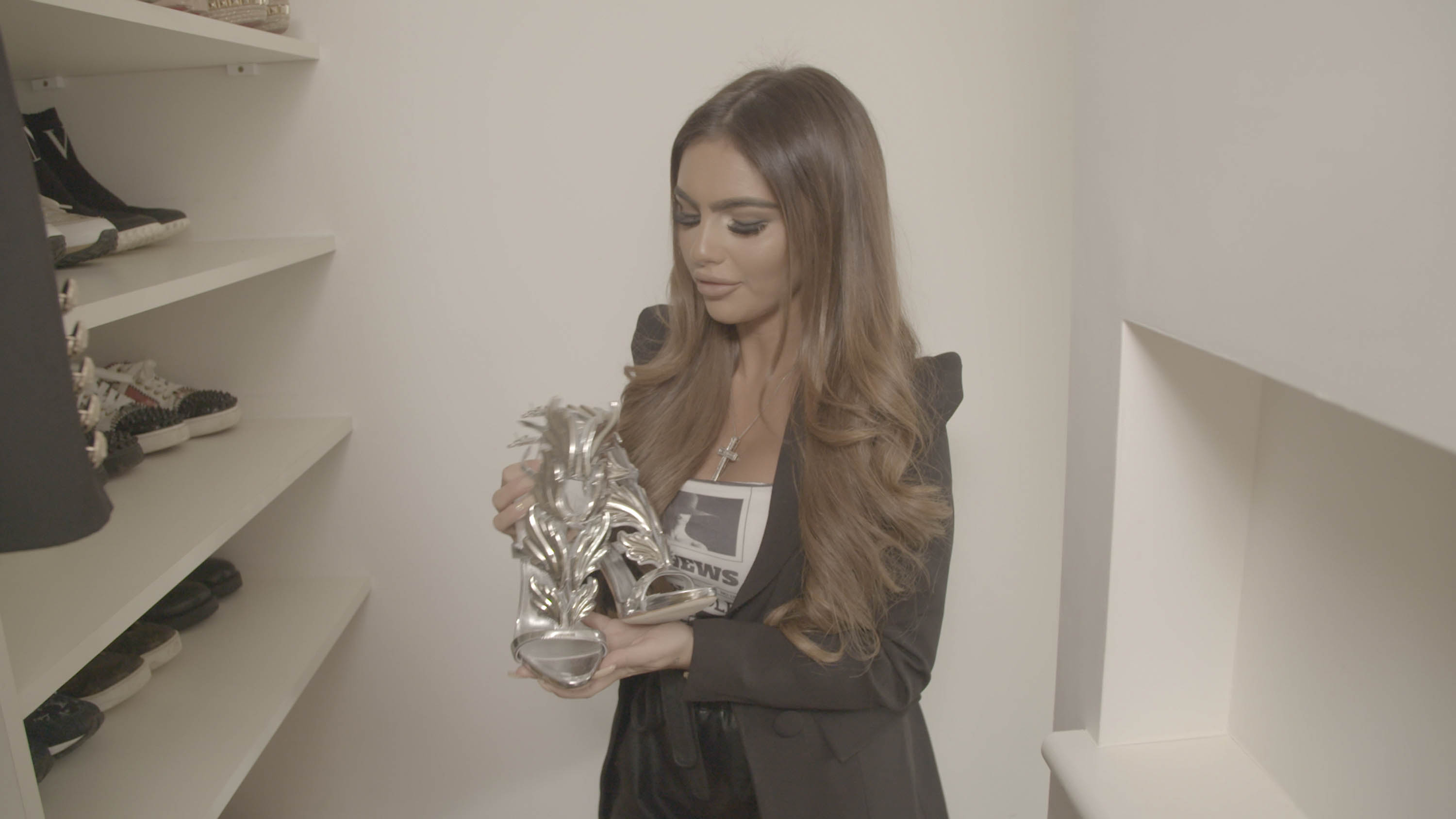 She says: “Before everything that's happened, my life revolved around money.

“Normal day things I would not have appreciated, things like having breakfast together, which I now really treasure.”

She later added: "Money means nothing when you have family."

It’s this down-to-earth attitude which makes her a hit with the Eden’s, as she accompanies Tony to a garage, as he tries to retrain as a mechanic, with a view of opening a string of garages around Leicester. 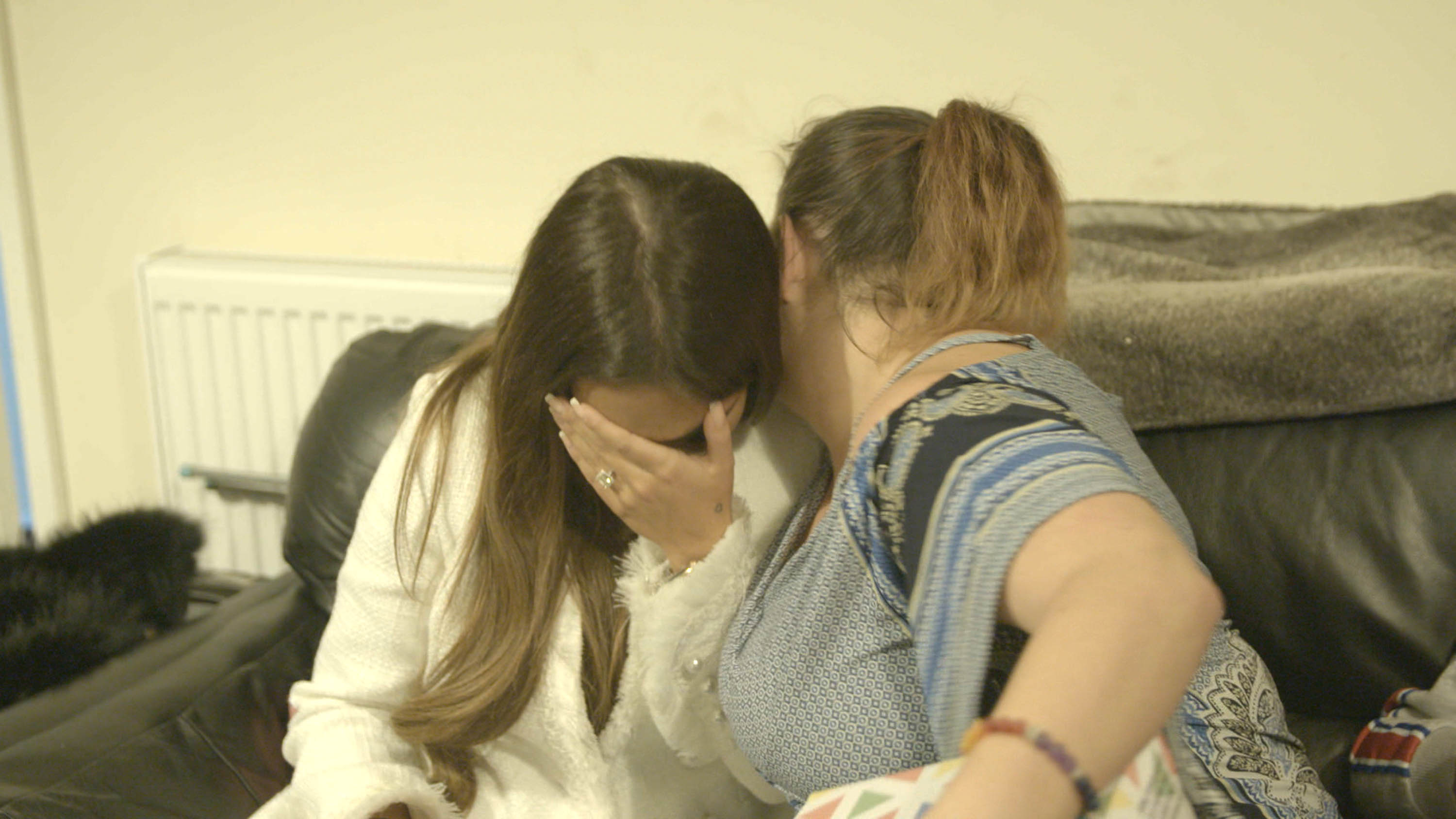 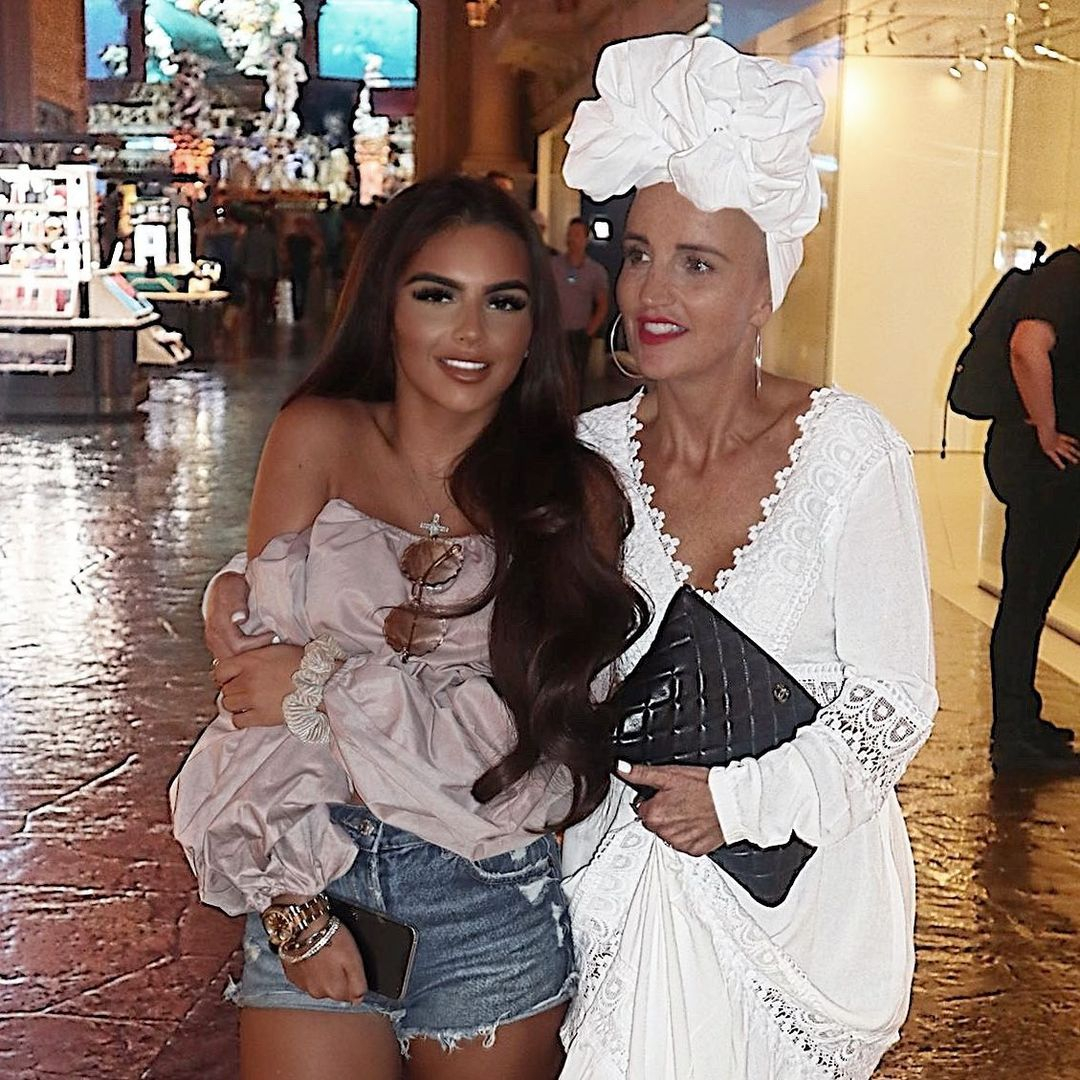 Despite being hands-on, Rendall struggles to do a food shop for a dinner party the family are hosting for just £11.

The teen says her shopping trip was the ‘worst part’ of her stay, as she gets stuck into helping Diana look after the kids. 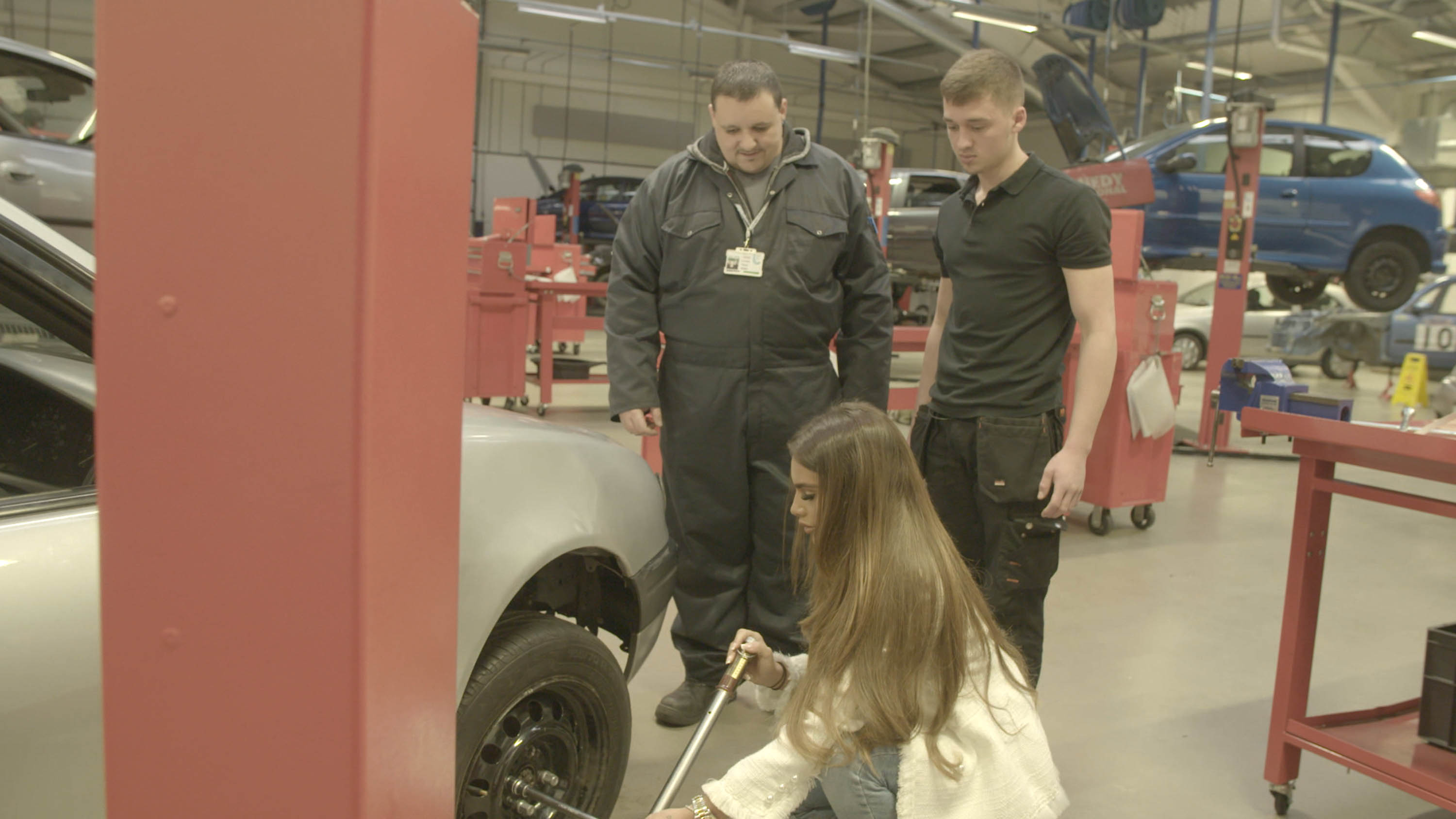 The family and Rendall form a close bond, and she buys them a karaoke machine as a parting gift.

Tony sings the teen’s praises, saying: “Rendall is a big surprise because she's so down to earth, she's a really nice girl.”

As her visit comes to an end, the family pen her a letter, which sees Rendall, who’s now married and pregnant, break down in tears. 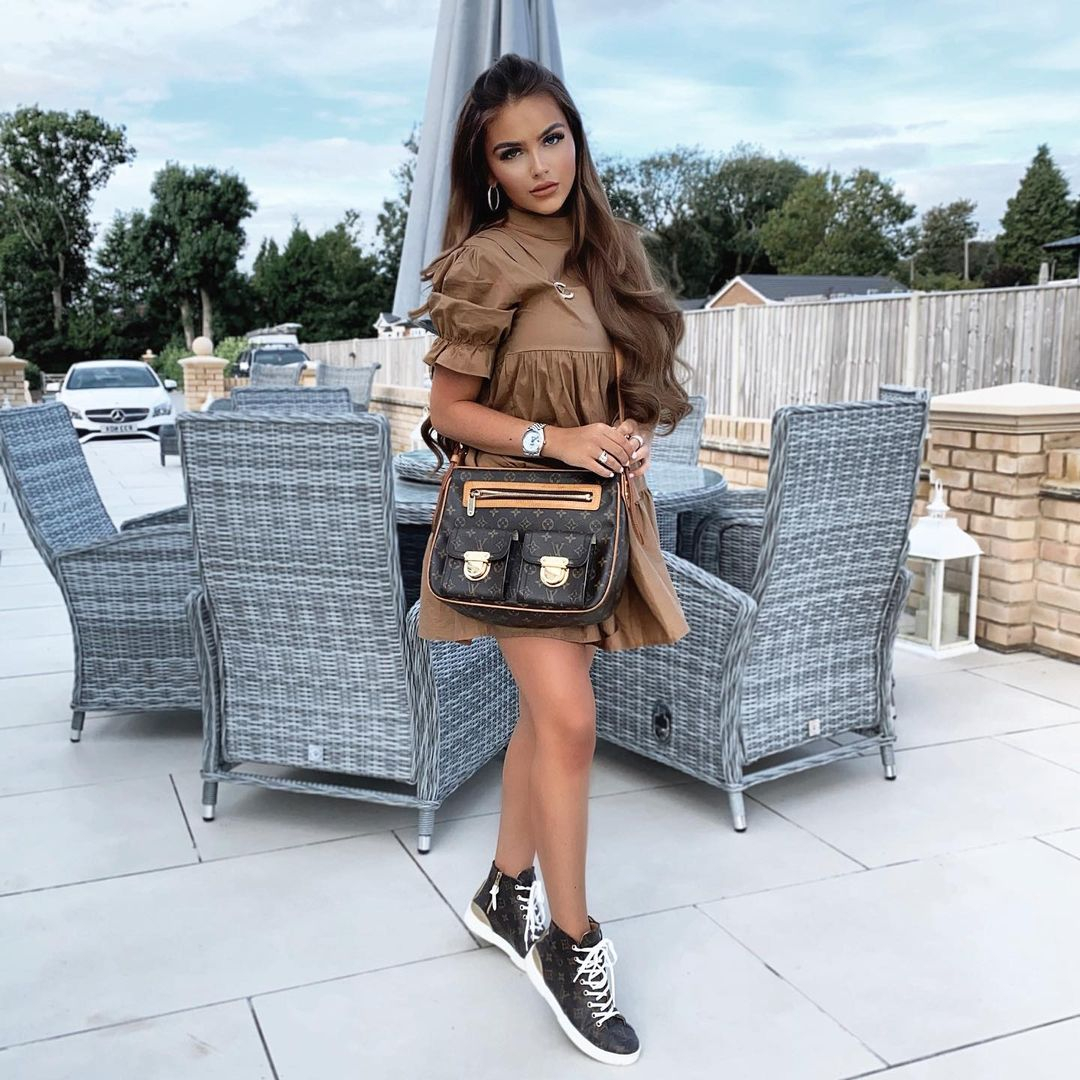 The letter says: “Thank you for coming and spending time with us. We have loved every second if it and you're truly amazing.

“PS: sending your mum all your strength and love, and then all our phone numbers.” 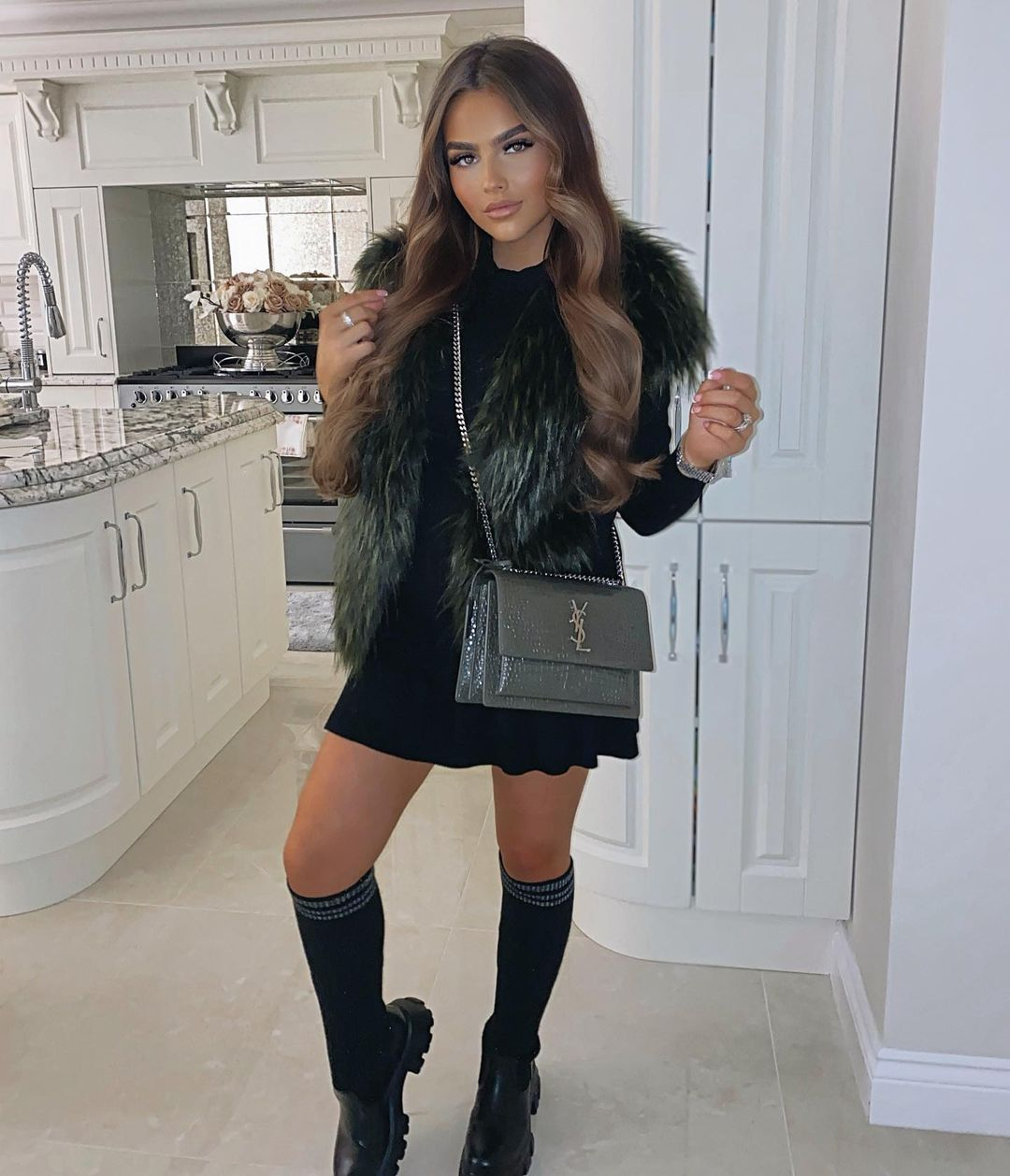 Rendall says: “I always sort of knew I was gonna get emotional at the end but the card topped it off for me.

"Their words were so genuine it really hit me.”

The two households strike up a genuine friendship, with the Eden’s inviting Rendall, and her mum, who later sadly passed away from cancer, over for dinner after filming ended.

Plus a single mum-of-two breaks down in tears when loaded teen treats her family to Disneyland hol on Rich Kids, Skint Holidays.