POSING in a leopard print bikini in an exotic location, it is clear to see why Borbala Kreutz has racked up hundreds of thousands of Instagram followers.

But today the Surrey-based model reveals that her glamorous lifestyle has led to her being bombarded with countless direct messages on her social media account from con artists, chancers and sugar daddies trying to lure her into high class prostitution. 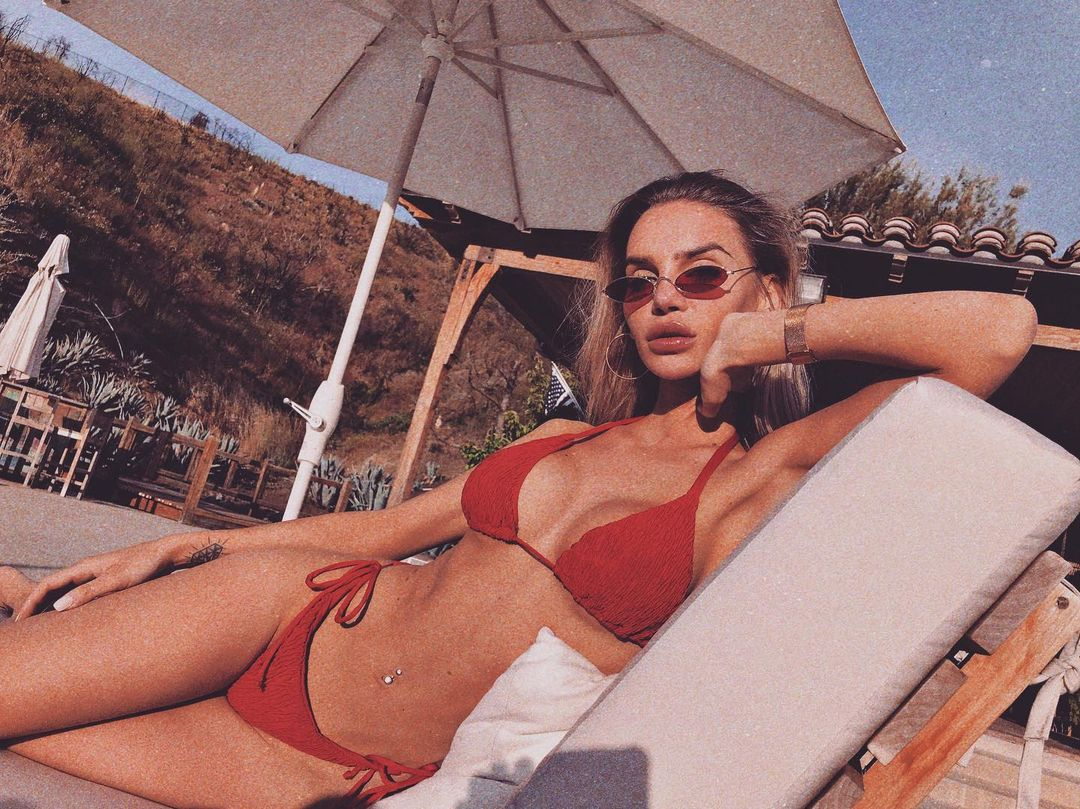 She says that as well as being sent invites to fake photo shoots and dodgy modelling assignments, she is regularly offered thousands of pounds for sex despite the fact she is engaged to actor and agent Will Palmer, 38.

The 30-year-old is speaking out as a Sun investigation shows how social media sites have become a sewer of sleaze and crime during lockdown, with young influencers being targeted with rip-off collaboration deals and perverts preying on their naivety.

'Fake shoots where women are drugged'

In an exclusive interview, Borbala – known as @missbkreutz on Instagram – revealed: “I get so many gross messages, it has got to the point where I don’t even open them.

“Just a few months ago a man claiming to be a photographer got in touch to say, ‘I would love to do a shoot with you,’ and offering to pay all my expenses if I flew to the location.

“I got my agent to check him out and he soon disappeared so who knows what would have happened if I had been naïve enough to go.

“I have heard stories about girls being drugged at these shoots and terrible things happening, so you have to be careful.

“I also have men constantly messaging and offering to be my ‘sponsor.’ 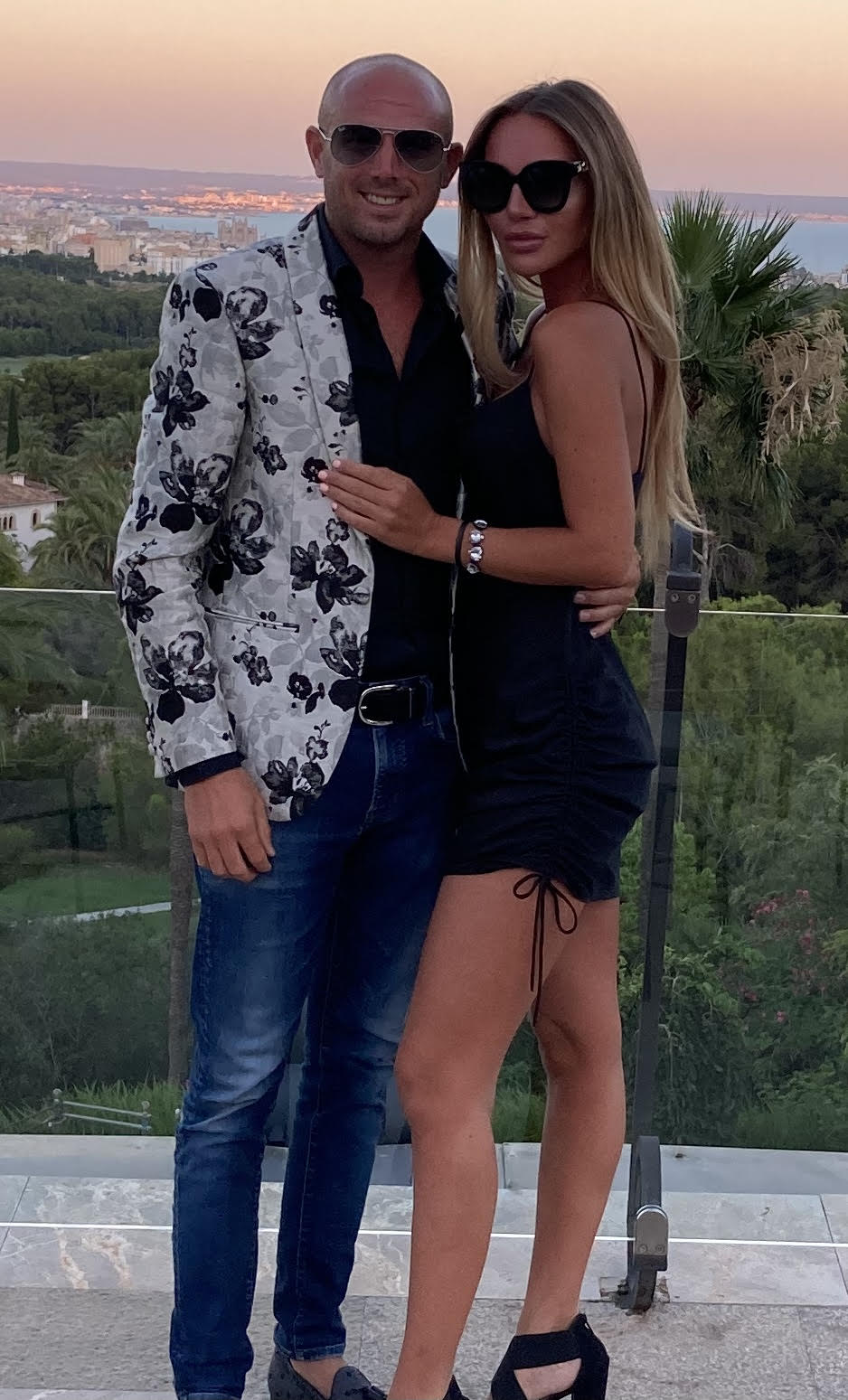 “Most of these guys are rich Arabs who see that I do glamour photography and think I am an escort. Even when I post pictures with my fiancé they don’t stop making these requests.

“I know girls who have agreed to do these things and they say it is amazing as they get to fly around on private jets and stay at five star hotels.

“One model even encouraged me to try it, saying, ‘It’s a shame you are in a relationship, I can introduce you to the best clients.’

“But even if I was single I would not be tempted – it’s prostitution at the end of the day and some of these social media sites have become like dating or escort apps.” 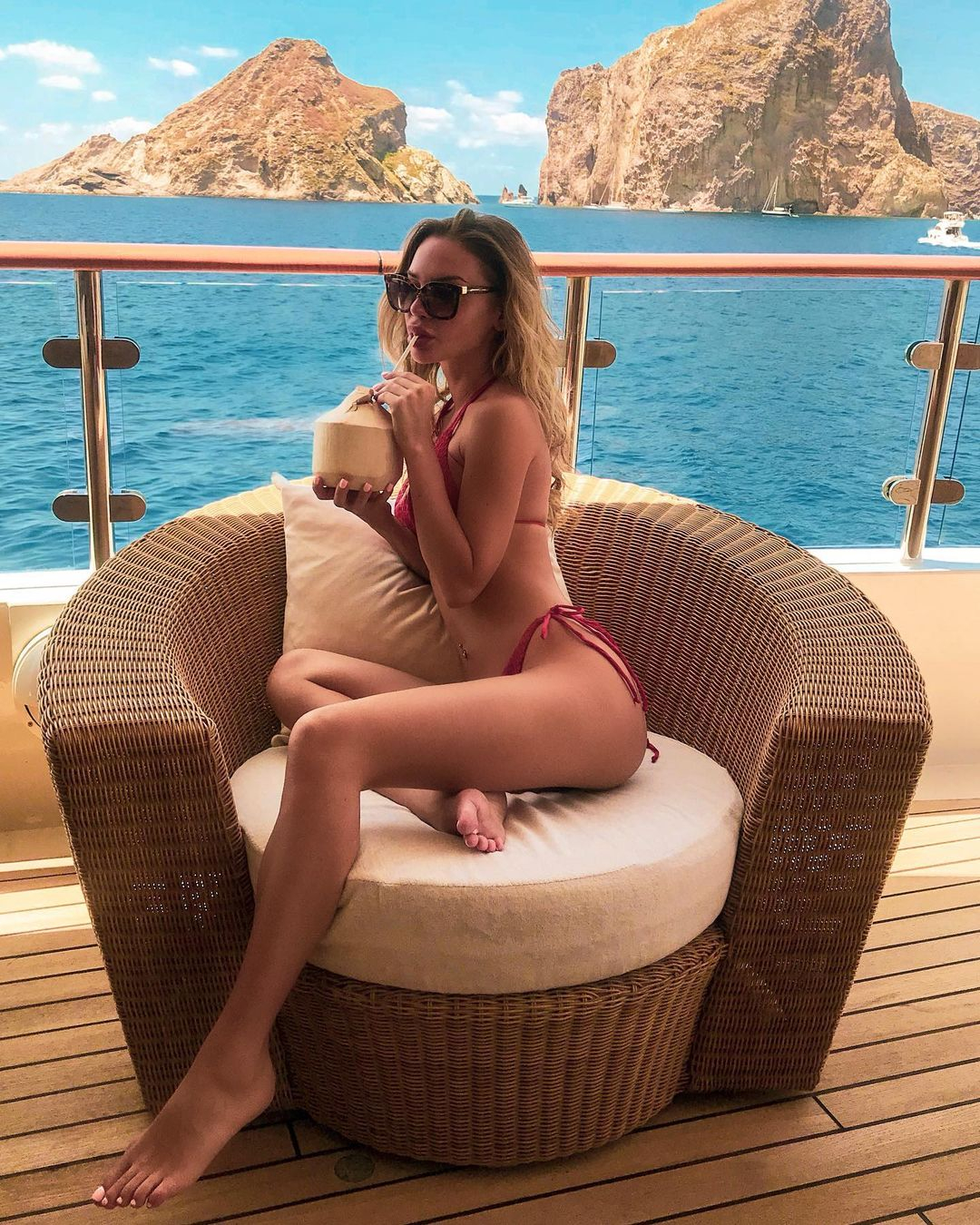 Research in America by the Federal Trade Commission (FTC) shows that social media scams have tripled during the pandemic with victims losing a whopping £85m ($117m) in the first half of 2020 alone.

The majority (94 per cent) of these were perpetrated on Facebook and Instagram, according to analysis of reports where the platform was stated.

In the UK, Action Fraud says it received 1561 reports of financial fraud being committed on Instagram last year with victims stating they had been conned out of almost £2.5m in total.

Fashion influencer and model Victoria Clay, 25, has just shy of 50,000 followers on her Instagram account and says that as well as being targeted by sex pests offering to fly her to Dubai and begging for photos of her feet, she has already fallen for two social media scams.

She said: “I am wise to it now but I was more naïve when I started out.

“The first time was when someone claiming to work for a fashion company emailed to ask if I would help promote a competition to give away a free bag. 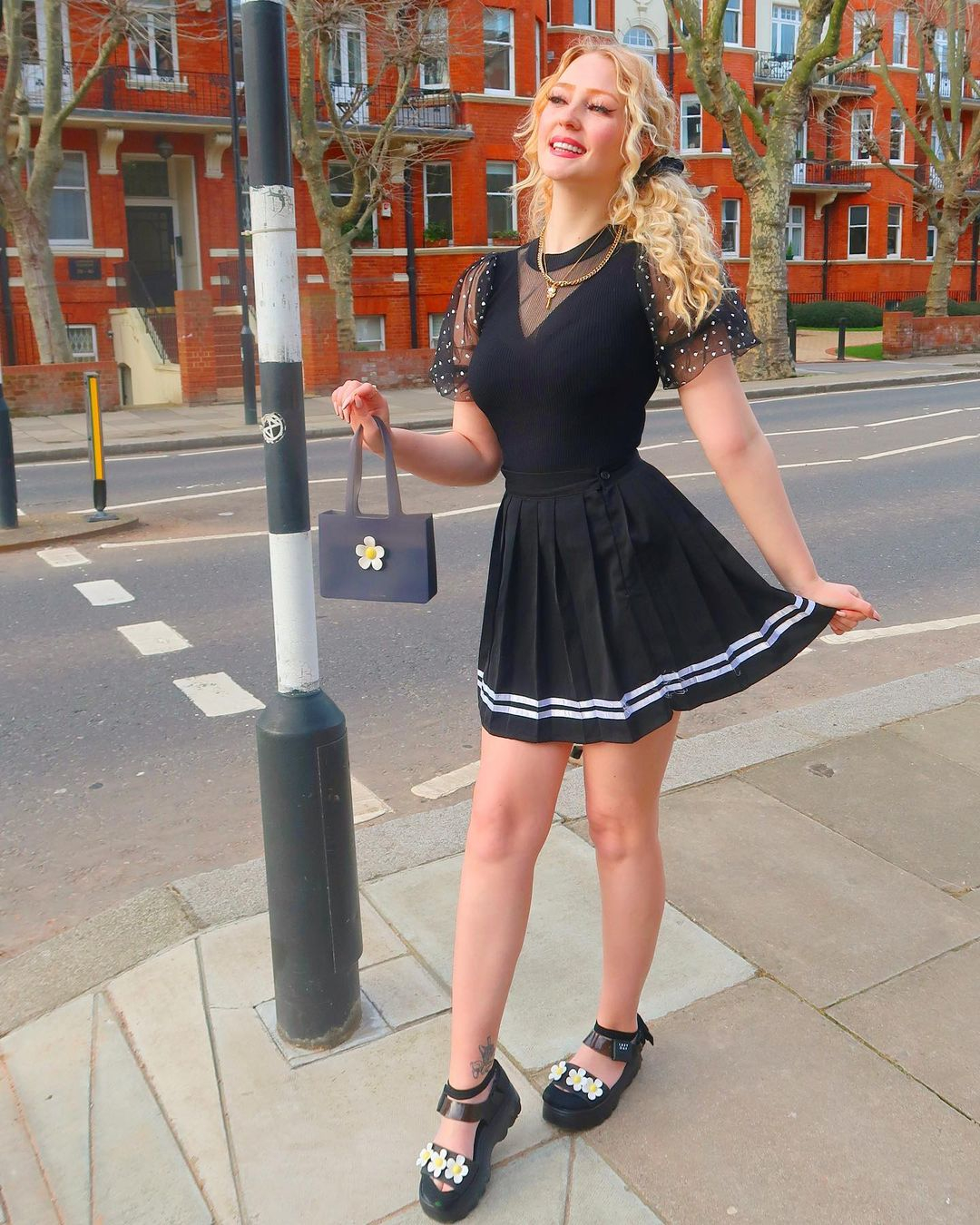 “All I had to do was post a picture on Instagram with some information about how to enter.

“It seemed like a nice thing to do and I was flattered they had asked so I agreed.

“Two months later I got a direct message from the winner, a girl in her 20s, saying the bag never arrived.

“I emailed the company asking what was going on and I chased them and chased them but they would not respond. I felt so bad I ended up paying £50 for the bag and giving it to the girl. 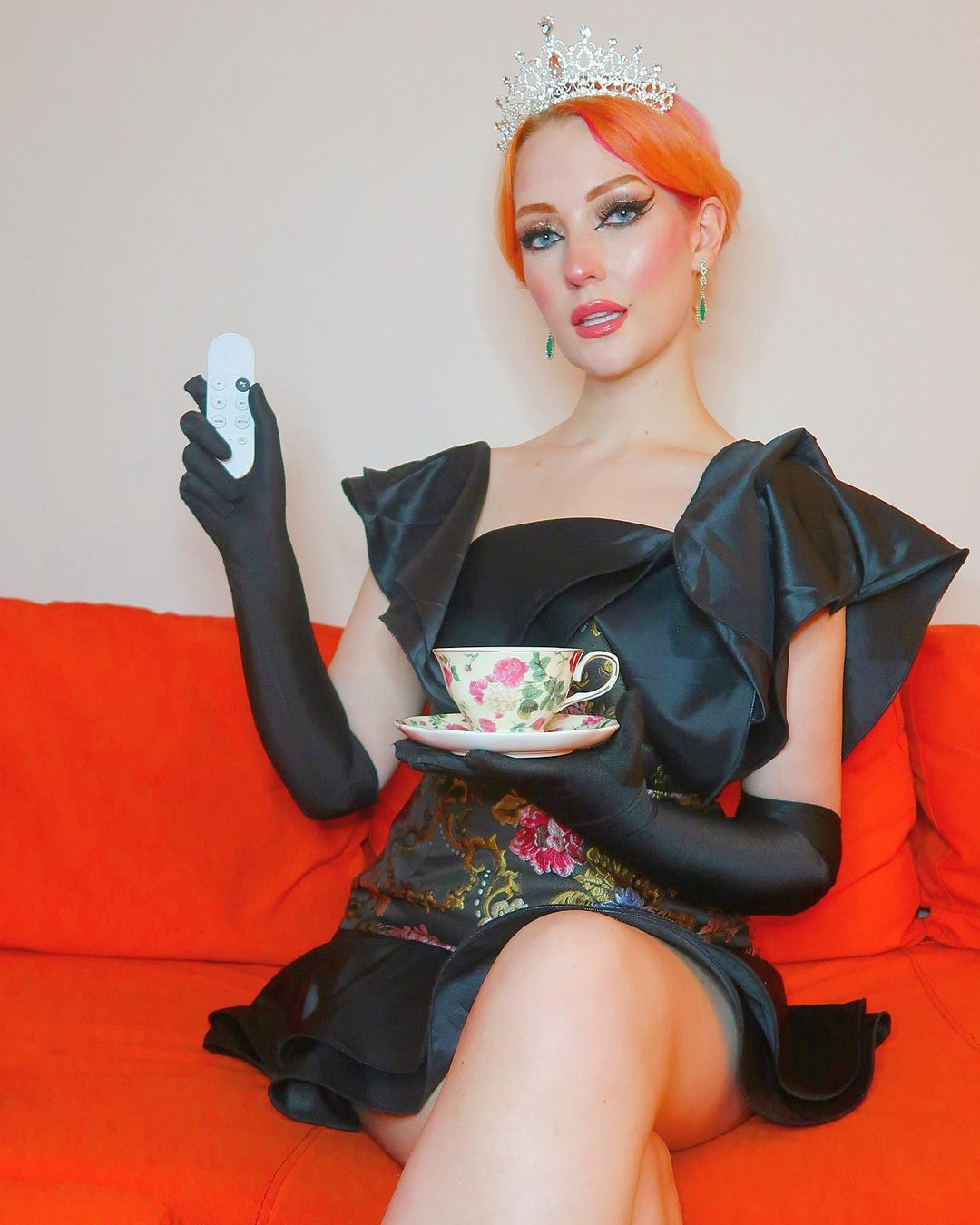 “The second time was when a company got in touch and offered to pay £300 if I wore their dress to a premier.

“I agreed and posted the pictures on my account but two years later I am still waiting for the money and the company has gone bust.

“There are so many scams on social media sites, it is like the Wild West and something should be done about it.”

Canadian influencer Vicki Duong got so tired of being pestered with offers that she decided to take the bait to see what would happen.

The 31-year-old, who lives in Vancouver, ended up paying the equivalent of £23 for a jumpsuit she says she could have bought online for just £4.

She used this evidence to call out the company over its ‘collab’ or collaboration deal. 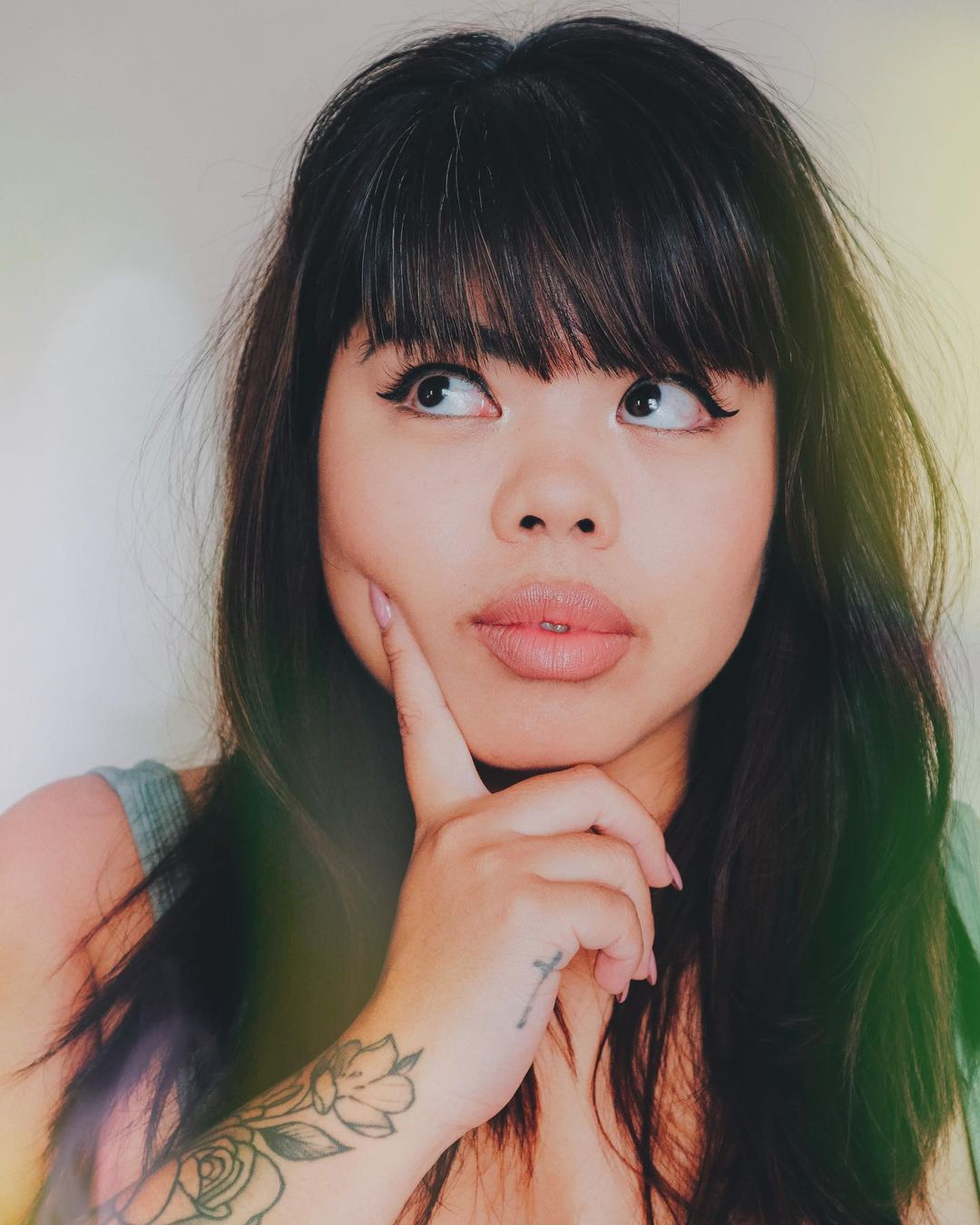 Vicki said: “I’ve been an influencer for a few years and these companies are preying on aspiring influencers who are desperate to make it.

“They are normally women and say things like, ‘We love your style, send us a DM so we can work together.’

“Those that respond are often offered 10 per cent off and that can seem exciting when you are starting out.

“But the truth is these companies are charging huge mark-ups so what seems like a deal is actually a rip-off.

“I always tell people that you should never have to pay to promote a product, if a collaboration is genuine they will offer to pay you.”

Charlie Brake is a former Love Island star who has over 500,000 Instagram followers and is now Director of Naughty Water seltzer drinks. 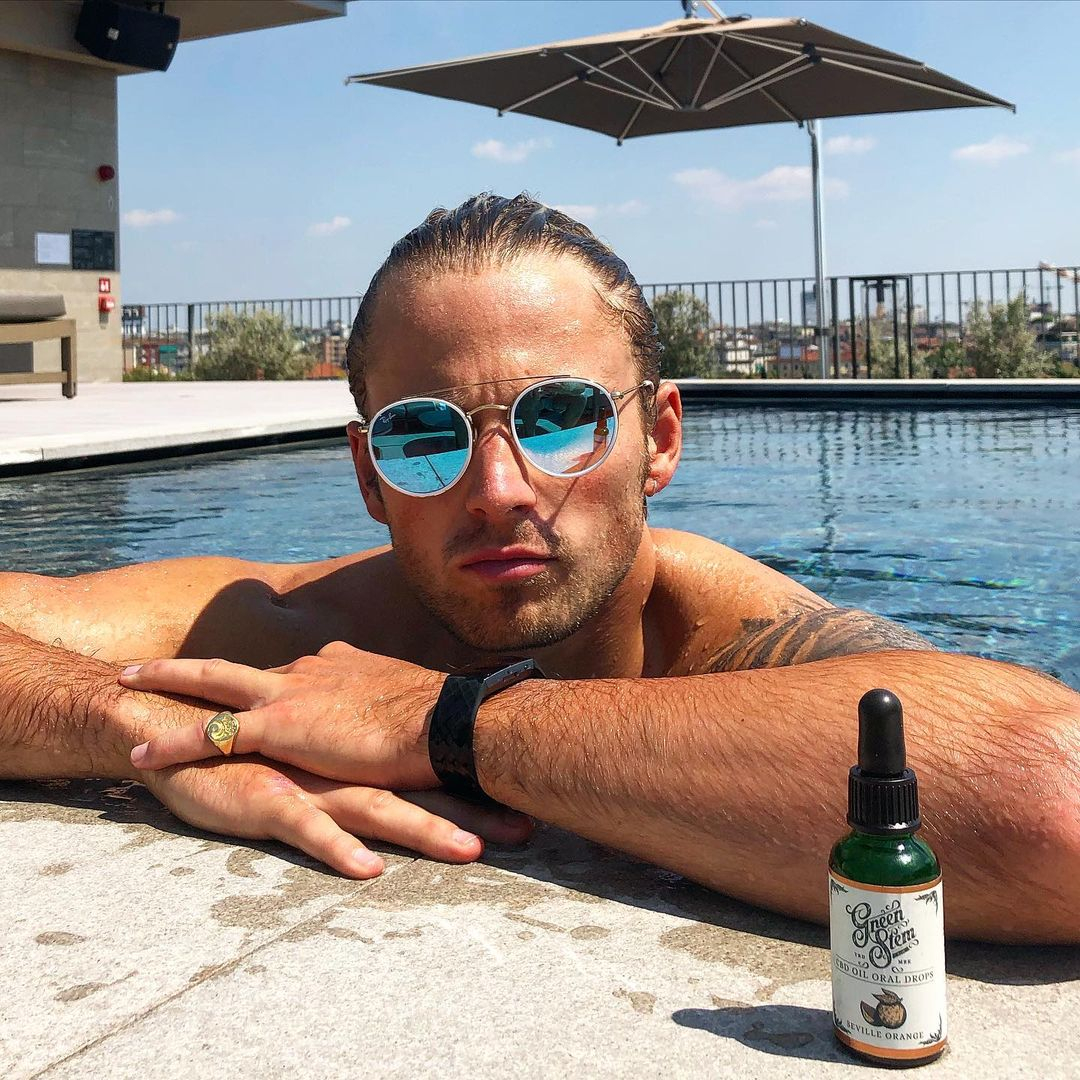 He has been the target of identity fraud on social media, with con artists using his name and reputation to rip off his fans.

Charlie, 26, said: “I found out shortly after I left Love Island that people were claiming I was backing investment scams in things like bitcoin.

“I had followers messaging me saying, ‘Can you confirm that this offer is real, it looks amazing.’

“I had no idea what they were talking about and when I got to the bottom of what was going on, it made me really angry. 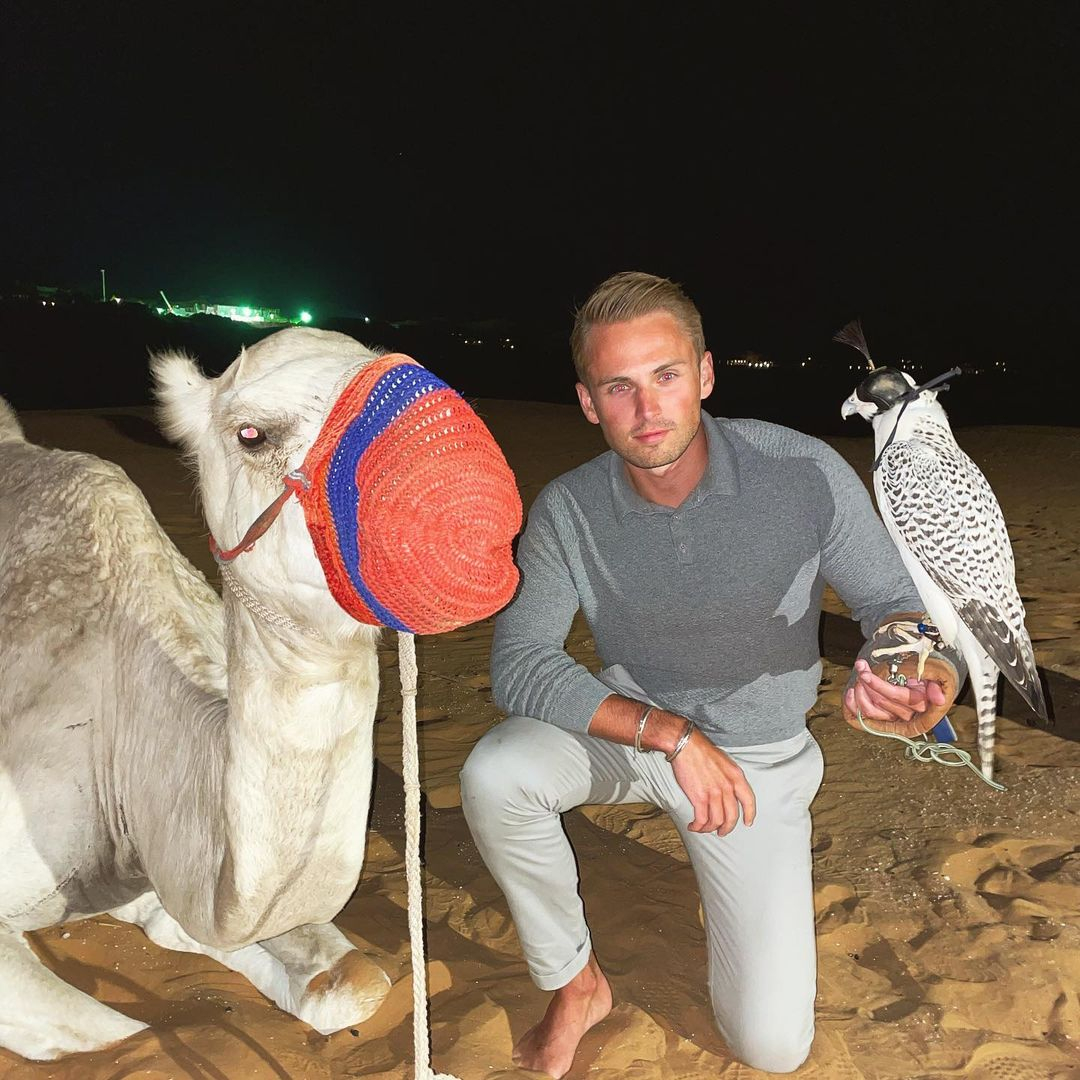 How to beat the scammers online

Unsah Malik is a leading social media and influence expert and author of the bestselling ebook Slashed It. Here she gives her guide on how to beat the scammers.

The most common scam is so-called modelling or influencer agencies/representatives asking talent for payment upfront in order to be signed. As soon as a 'company' sends over fee details, it's a huge red flag to run the other way. Real modelling/influencer agencies will never ask for payment for photoshoots or to just be a part of their roster — they're mainly paid via commission from the collaborations they bring you and for the work that involves. As for brands, influencers are paid once they have created and published their content, and any other requirements as part of their contract. Under no circumstances should any influencer be paying a brand or agency for a collaboration.

It's hard to tell how much money scammers are making, but I'm sure it's way more than anyone expects and well within six figures. Influencer marketing is a fairly new industry and it also appeals to a younger, more naive demographic which is not well versed in the area of social media or PR from a business, or even ethical, perspective.

As the influencer marketing industry grows, the likelihood of scammers attacking the industry will also grow.

Check the name of the brand via Companies House or check the name of the expert on LinkedIn and other social media platforms. Anyone who has a clean reputation and business will tick at least one of these boxes. Looking at a decent website and scrolling through a few Instagram posts will never be enough… that's essentially how scammers do their scamming.

I think social media companies do what they can in attacking potential bots, scammers and people who spread fake news. Unfortunately, some will always fall through the loophole, but yes, there should be further implications from a legal point of view.

All scammers should deal with consequences!

“You feel so helpless because they are using your name and image to rip people off and there is nothing you can do about it other than write back and say, ‘Please don’t fall for it.’

“I don’t know how much money has been lost but I always advise my followers, do your research.

“These scams have gone through the roof during lockdown and I know people are getting desperate, but this is not the right way to be making money.”