AGED 10, Meghan Murdoch was saving her pennies – so she could get a nose job.

Her parents, Jason and Diane, were certain there was nothing wrong with her nose, but Meghan would not be convinced.

So, she saved and saved – from birthday money to part-time jobs and aged 18 had earned £2,225 towards it.

"I always hated my nose," Meghan, from Fanborough, Hants., said. "I had wanted one since I was 10 and thought it was too big. My parents didn't want me to get it done, they hoped it was a phase but in the end they were okay with it."

Eventually, they relented – lending her the same amount she saved.

But that's not all Meghan does. Despite permanently altering her face she also gets up at the crack of dawn to slap on makeup and has confessed to NEVER letting the binman or postie see her barefaced. 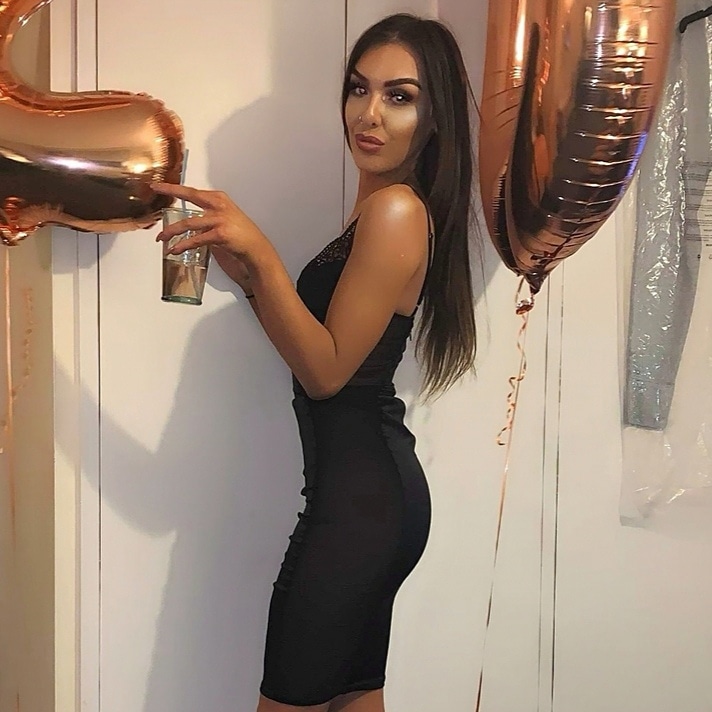 It's at odds with what others are doing during the pandemic.Women have taken to Mumsnet to say, post pandemic, they plan to reduce the amount of slap they apply.

One woman,asking 'anyone planning on wearing less makeup after this?', said: "Now I'm not wearing anything other than [a bit of bronzer]… and you know what I look ok, not that much worse than with a full face.

"I think going forward for work I might just do mascara and a bit of bronzer at a push a tad of foundation around under eyes and nose to even things out a tad."

Meghan told Fabulous how she still gets up at 4.30am everyday – after going to bed at midnight – so she can apply her makeup.

She carefully applies primer, foundation, concealer, powder, blusher and contours her face before whacking on fake eyelashes, lipstick or glass and eyeshadow.

Even the bin men and postman have never seen me with anything less than a full face of makeup.

Then – around two hours later – she’s good to go.

It’s a far cry from the 11 minutes it takes most UK women to slap on their makeup (and let’s be realistic, it’s probably less during the pandemic).

But Meghan – who won’t even let the postie see her without slap – is unrepentant.

“It’s really important for me,” she said. “Sometimes I want a lie in but I always do my makeup – I’ve loved it since I was eight and from the age of 10 I saved up all my birthday money and cash from jobs to get a nose job.”

And during her daily walk, she is still putting on the full works – even if it is just for a quick stroll to the park.

She also won’t let her mates see her fresh-faced on Zoom calls – making sure she is party-ready at all times. 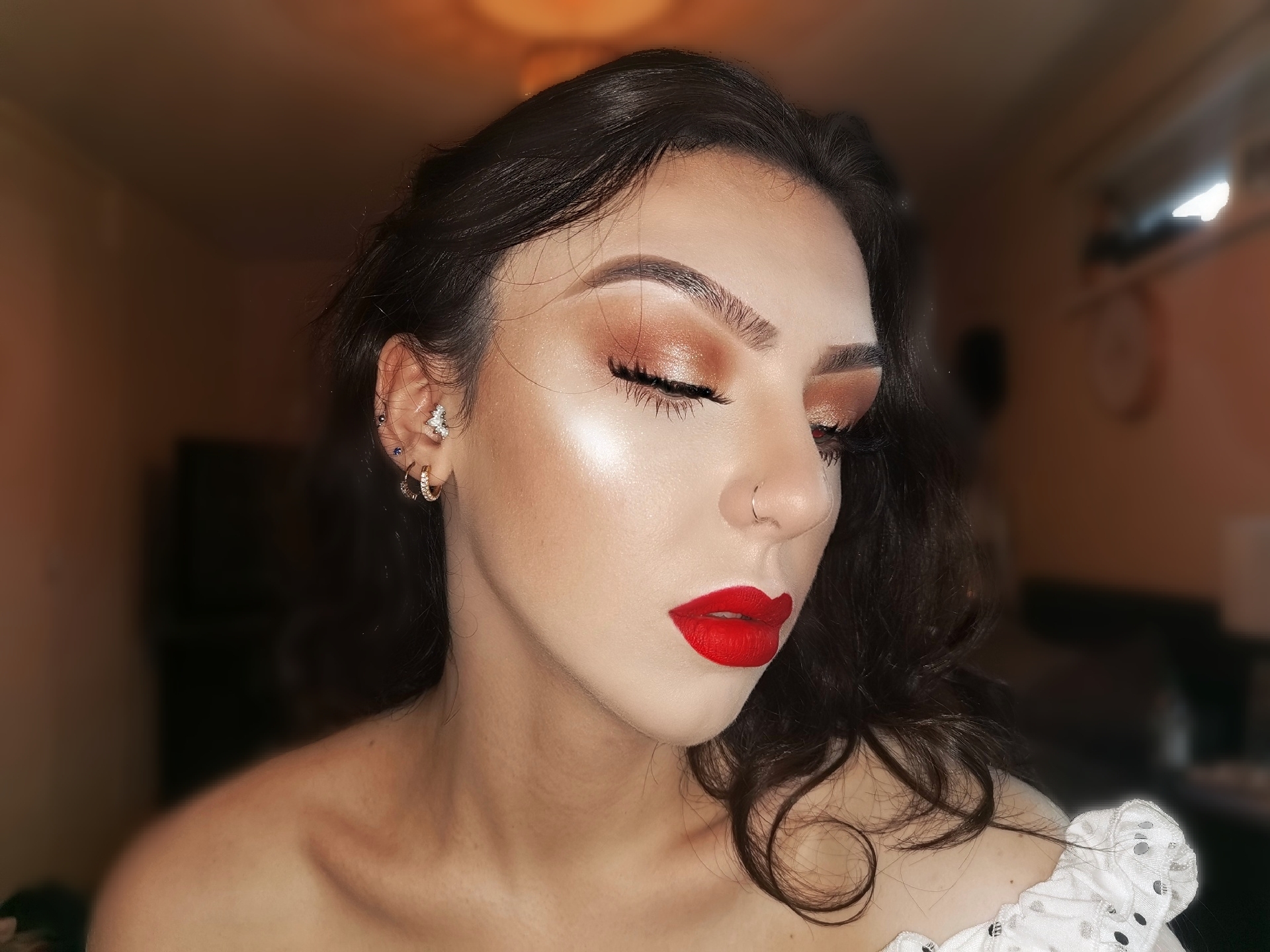 Love real life stories? We're always on the look out for case studies to feature on Fabulous. Join our Facebook group and you could make money by telling your story.

“It’s just the way I am,” she said. “I think I look way better with makeup and even when I am popping down the shop I will wear a full face and do my hair.

“There’s no way you will see me without makeup.

“Even the bin men and postman have never seen me with anything less than a full face of makeup.

“I’d never answer the door if I was bare-faced.”

It has been this way since she started playing around with makeup aged eight – breaking into her support worker mum, Diane’s toiletry bag and swiping lippy and mascara.

Then, at school, she was always getting told off for having a full face of slap – despite it breaching class guidelines.

It’s better to look good than have a lie in.

“I loved makeup even as a child,” Meghan, who is shielding because of ill health in her family, told Fabulous. “I would break into my mum’s makeup bag and put it on.

“I liked bold, bright colours and I still do.

“I was always getting told off at school for wearing makeup.

“I used to see teachers coming and I'dleg it to the loos because I had so much blusher, mascara and foundation on.”

Her obsession didn’t stop when she hit adulthood.

When she met her boyfriend of four-and-a-half years, engineer Sam Hoyle, 21, at a friend's party she was obviously fully trussed up and for the first six months of their relationship, she didn’t let him see her without makeup. 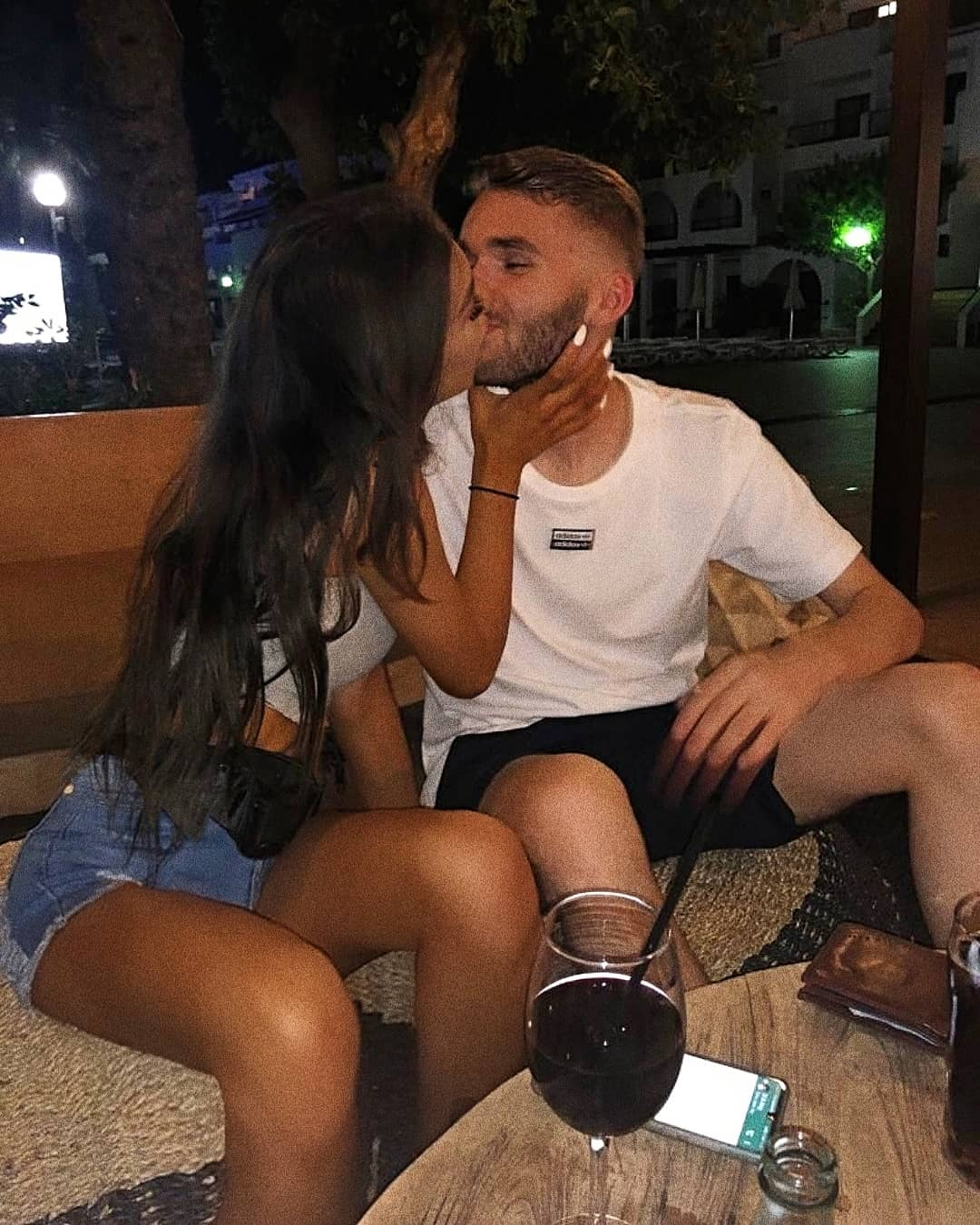 “I’d always have it on,” she explained.

"I would wait until he fell asleep, take my make up off and then make sure I woke up before him and put it on again."

Now she has loosened up a bit.

"Sam never thinks I need makeup," she said. "He likes me whatever and says I look good with or without it.

"Over time I got more and more comfortable and would let him see me without it.

Aged 18 she hated her nose so much she borrowed thousands for a nose job.

"I always hated my nose," she said. "I had wanted one since I was 10 and thought it was too big. My parents didn't want me to get it done, they hoped it was a phase but in the end they were okay with it." 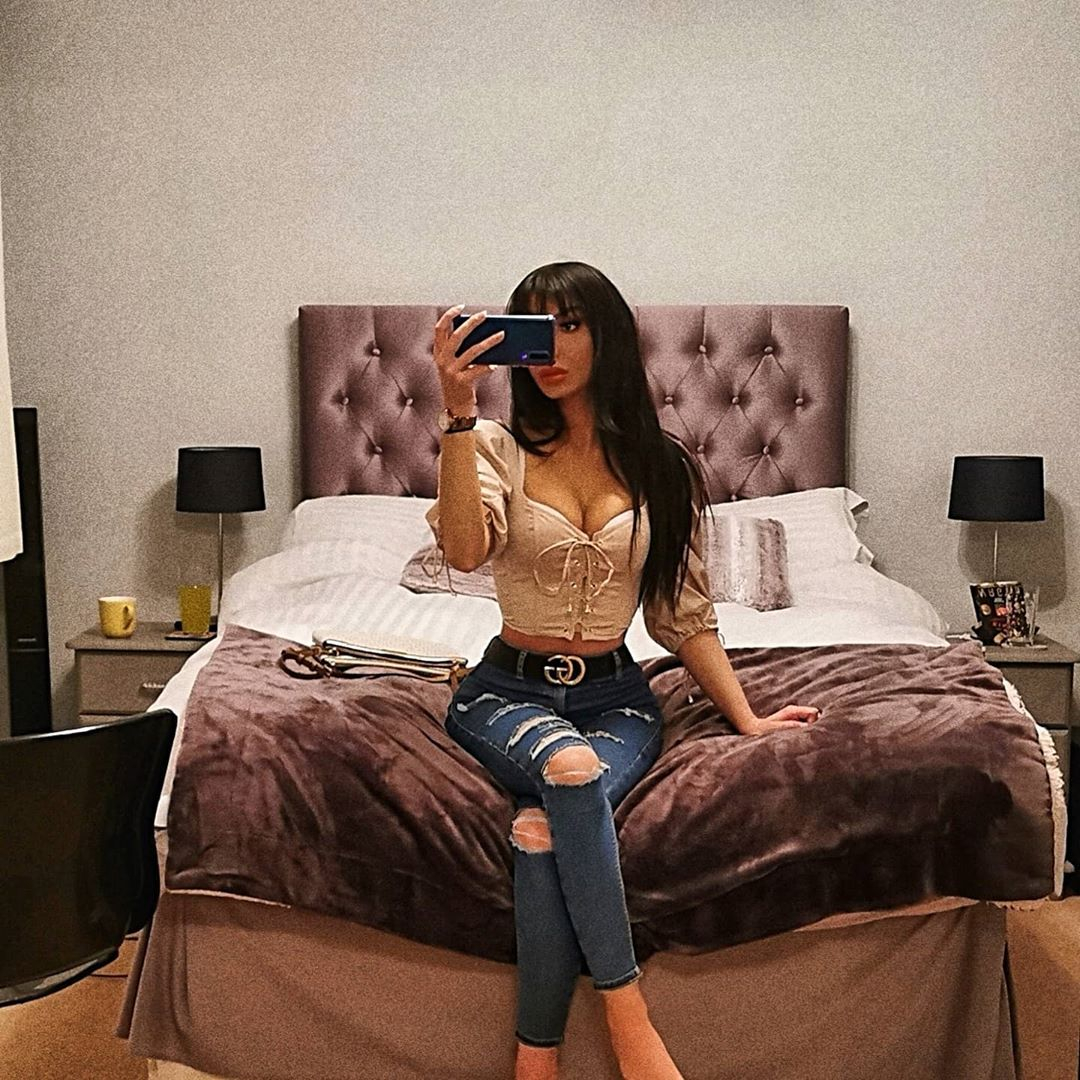 In total she spends around £50 on makeup.

Considering she is a student at Farnborough College, studying psychology and criminology it’s a huge chunk of her wages.

She doesn't pay rent, allowing her to splash out.

And she doesn’t even really mind getting up  early to do her face – even if she is tired.

“Quite often I am really tired and can’t be bothered but I still do it,” she said. “It’s better to look good than have a lie in.” 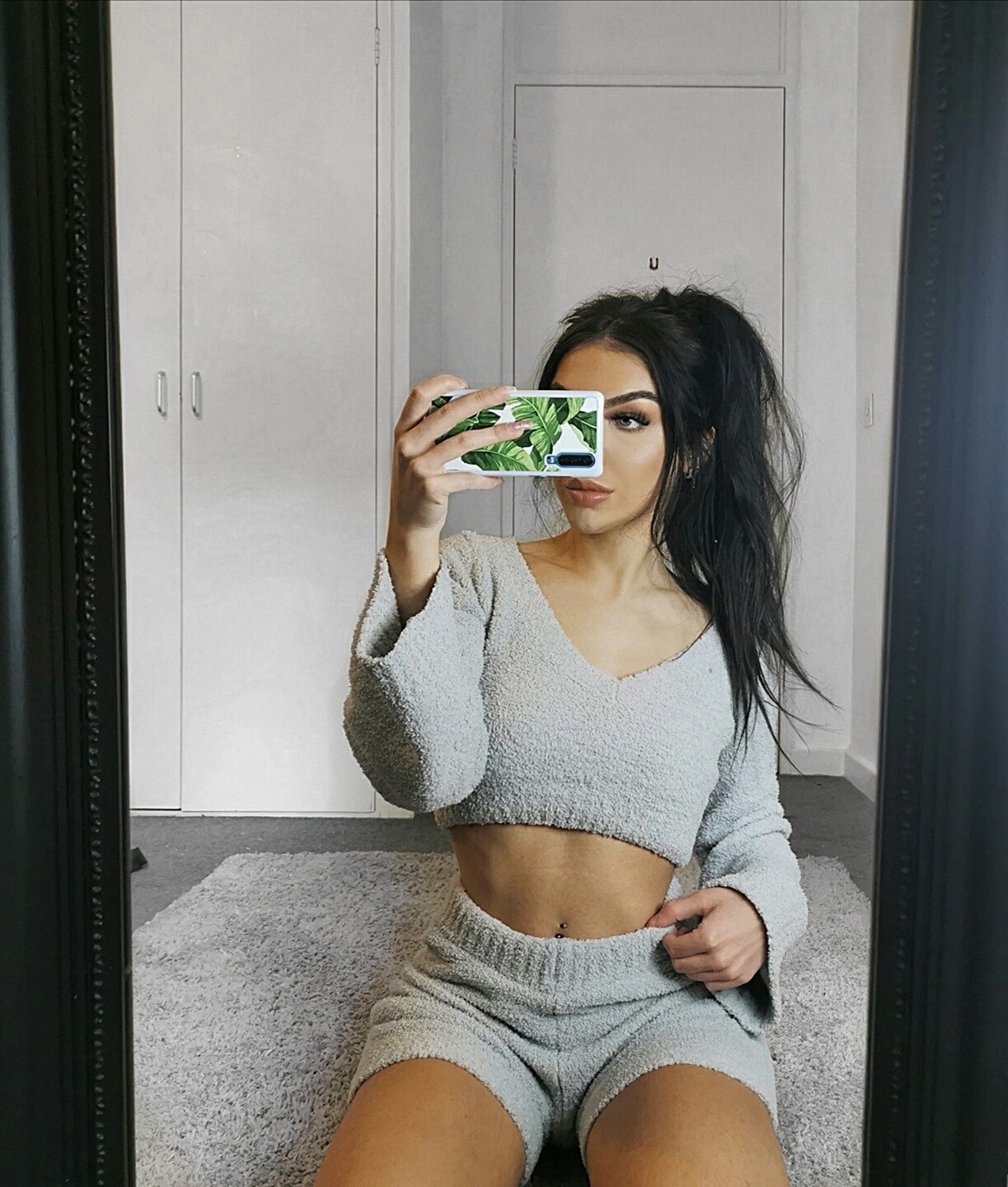 “I won’t leave the house without it,” she said.

"I have been interested in makeup from a young age and love a statement look.

“I love an out-there look including bright lips and dramatic eyeliner.

“I’m really into my eyebrows and microblade them on my own – I wouldn’t let anyone else touch them.”

"No one has ever called me shallow and my mates don't comment on it.

I’d never answer the door if I was bare-faced.

She also has lip fillers – but has stopped during the pandemic.

However, for a period she admitted she was “addicted”.

“When I was 19 I was having them every month,” she said. “It was getting really serious. I would shop around for different deals and was going too often..

“Now I am much more careful about how regularly I have them.

“And I think people who know me know that although I love makeup, there is much more to me than just a pretty face.”

We previously told about a brand addict mum with £1500 worth of make-up who was challenged to ditch her designer goods for high street bargains in Shop Well For Less.

And this woman says she NEVER lets her partner see her without make-up… even in bed.