MOST of us have had our share of bad romance but Carolyn Hobdey has bore the brunt of dodgy dates and rocky relationships.

After her husband David came out as gay after 15 years of marriage, the author found herself single at 45. 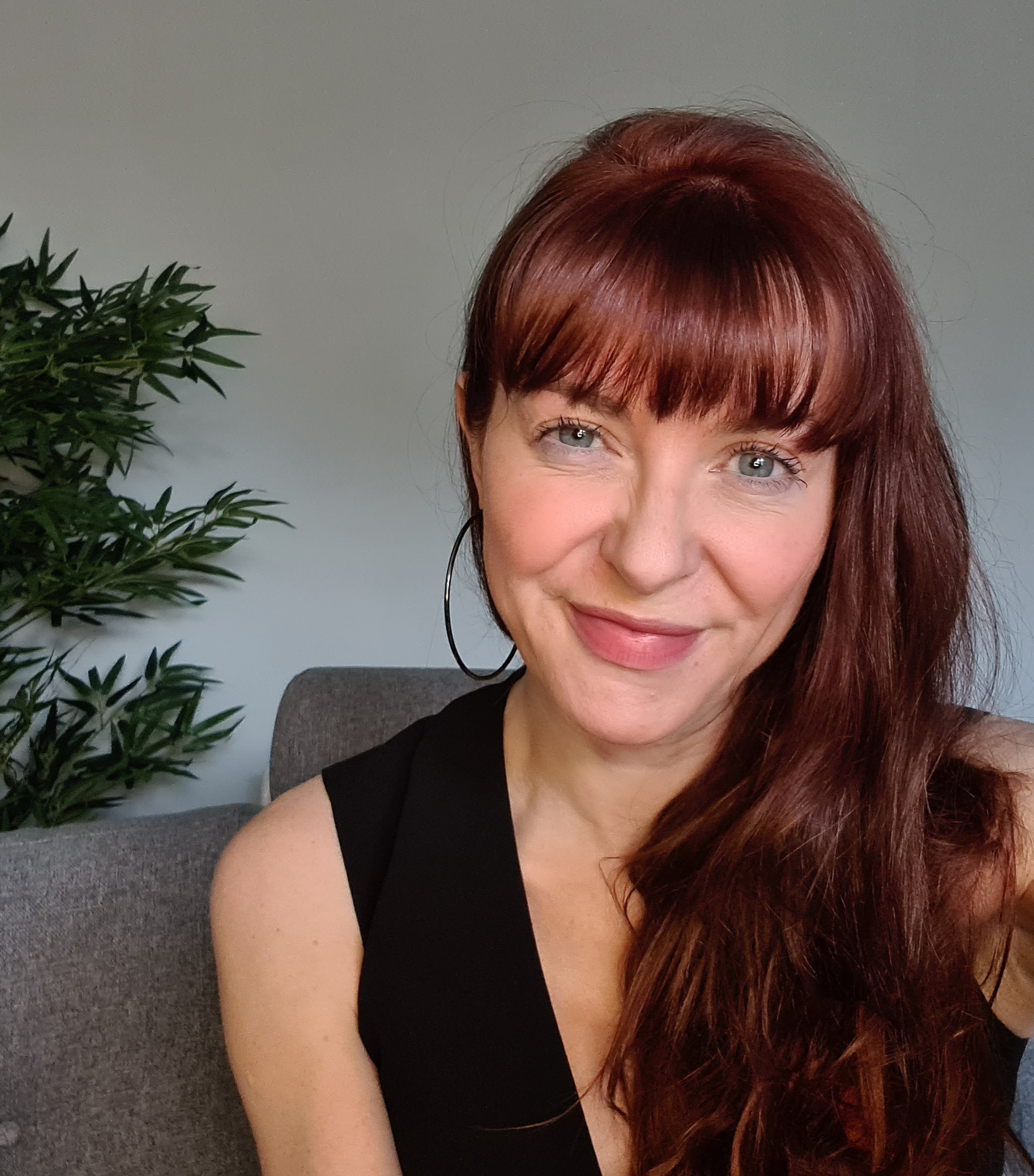 As she tentatively re-entered the world of dating Carolyn, 47, quickly found a new man to sweep her off her feet, and as she puts it “make her feel like a million dollars.”

However, what started as a fairytale romance quickly became more like a horror movie as Carolyn’s knight in shining armour's mask began to slip.

Speaking exclusively to Fabulous, Carolyn reveals how her abusive ex left her homeless and at the brink of suicide.

"WHEN my husband David came out as gay I was in a pretty bad state. 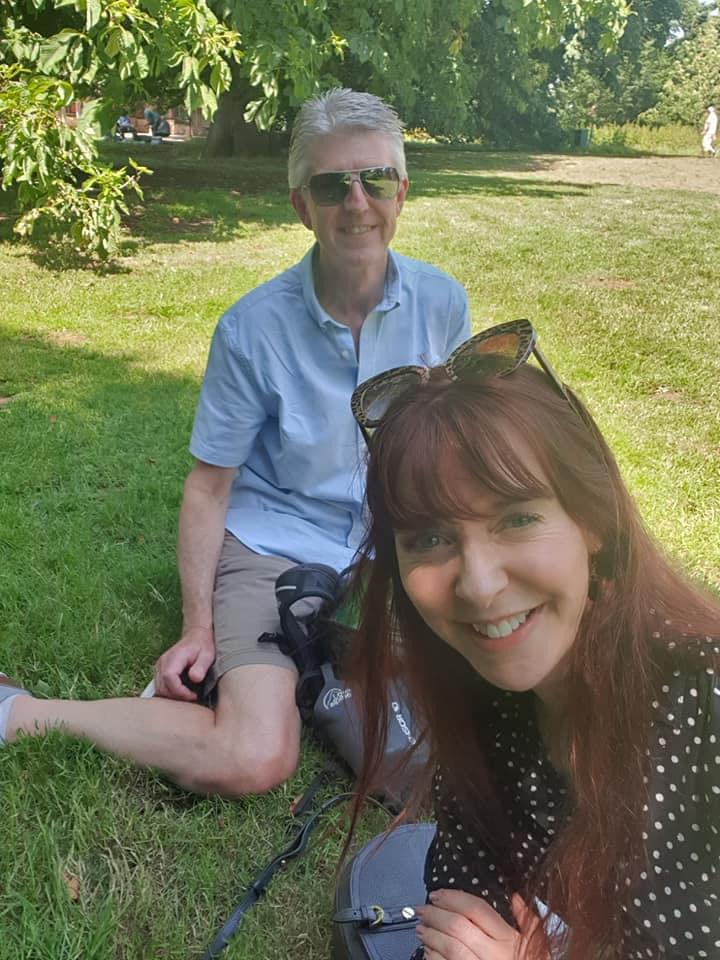 I had previously had an affair and up until that point I had allowed myself to take the blame for our marriage crumbling.

I hated myself for what I perceived I had done to our marriage and not only that I had battled with the fact that I would not become a mum after hitting the menopause in my 30s.

I had nobody in my peer group that I could identify with and I increasingly found myself becoming lonelier.

In a bid to fill that void I decided to try dating, looking for attention and looking for external validation rather than looking at myself.

Having moved back to Yorkshire for work I realised that I was very limited when it came to meeting someone new as I knew very few people. 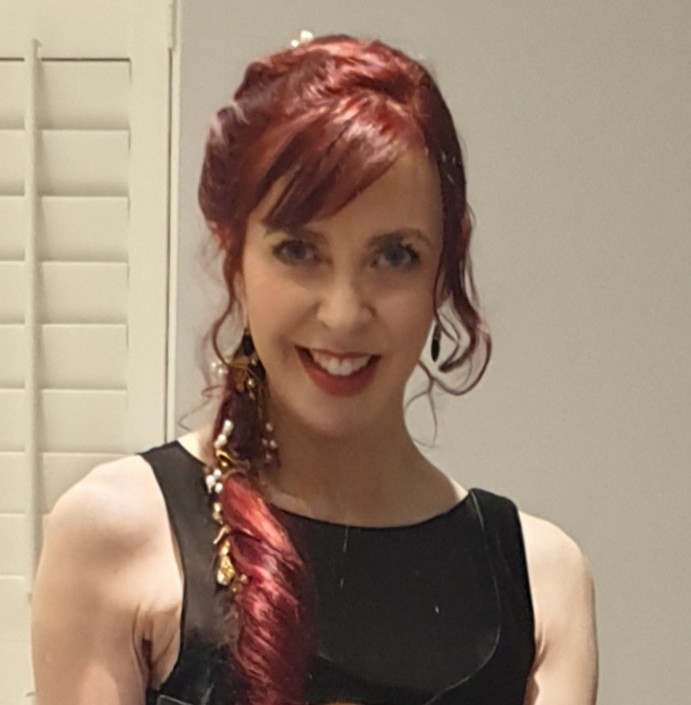 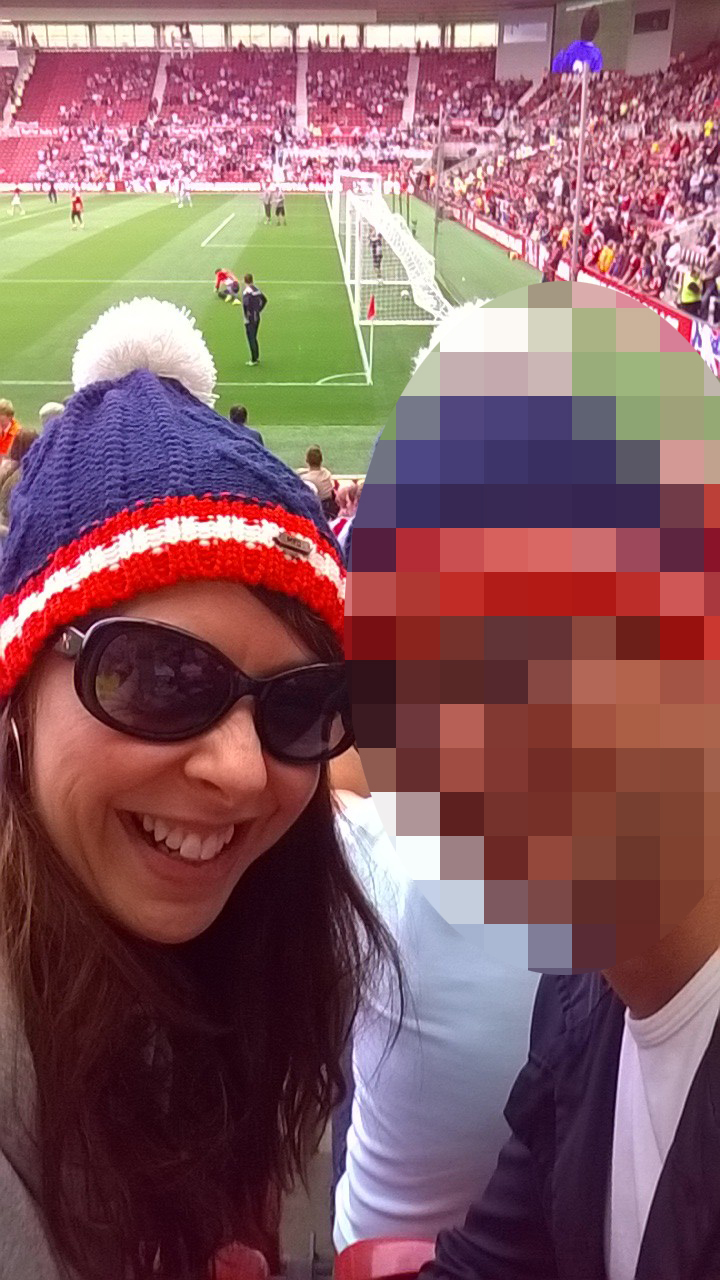 I always say ‘never poke the payroll’, so I thought this was the best way to meet someone was to try a dating website.

Very early on, I received a message from Simon* who was the first person I engaged in conversation with.

He was funny, engaging and charismatic.

We very quickly exchanged numbers and after meeting up for a date I found myself in a new relationship.

To begin with Simon was massively charming and he completely swept me off my feet.

Gradually there were more bad days than there were good ones. I never really knew what I was going to get

I couldn’t believe how attentive he was. I would mention things I liked or wanted in passing and the next time I saw it he would turn up with it.

It was like he was ticking every box, he was my missing jigsaw piece.

But very early on an incident occurred that planted a seed of doubt in my mind.

Simon called me at work, clearly very upset and distressed about something one of his ex-partners had done. 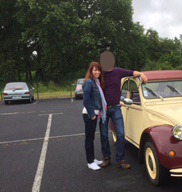 I didn’t think much of it at the time, and made an attempt to comfort him, but when he came over that evening he was seething, he was emanating this anger.

And it turned out it was me he was angry at.

He kept telling me how much I had hurt him and how he had never been so hurt in his life.

I was completely shell-shocked. I just couldn't get my head round it. I found myself apologising but I wasn’t even sure what for.

At that point in time it was an isolated incident but as time went on I began to notice a bit of a pattern.

I would find myself saying sorry for stuff I wasn't sorry for.

Despite this our first year together really was like a fairy tale. He even asked me what ring I would like and he took me to visit wedding venues.

But things started to switch and gradually there were more bad days than there were good ones. I never really knew what I was going to get. 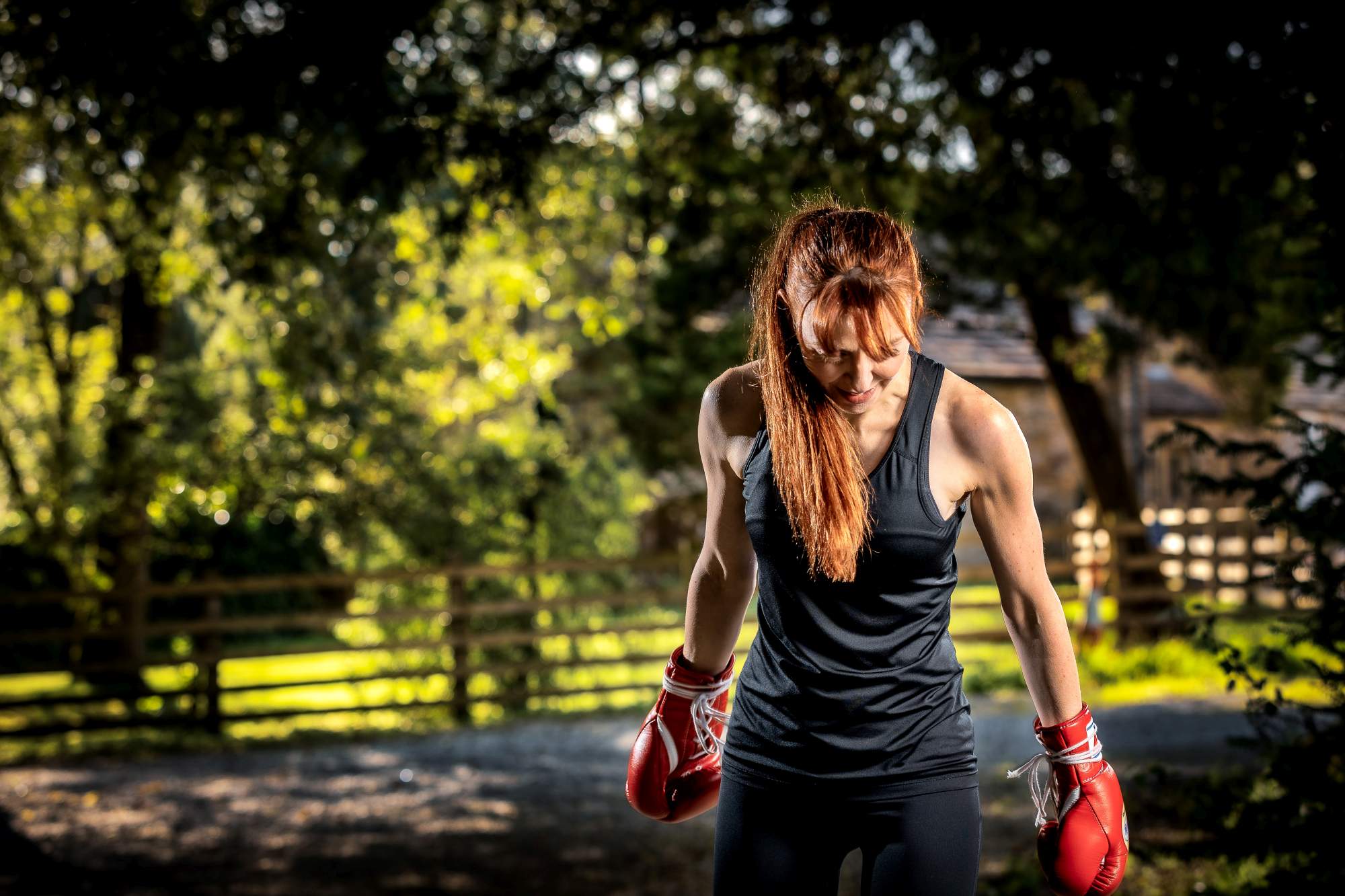 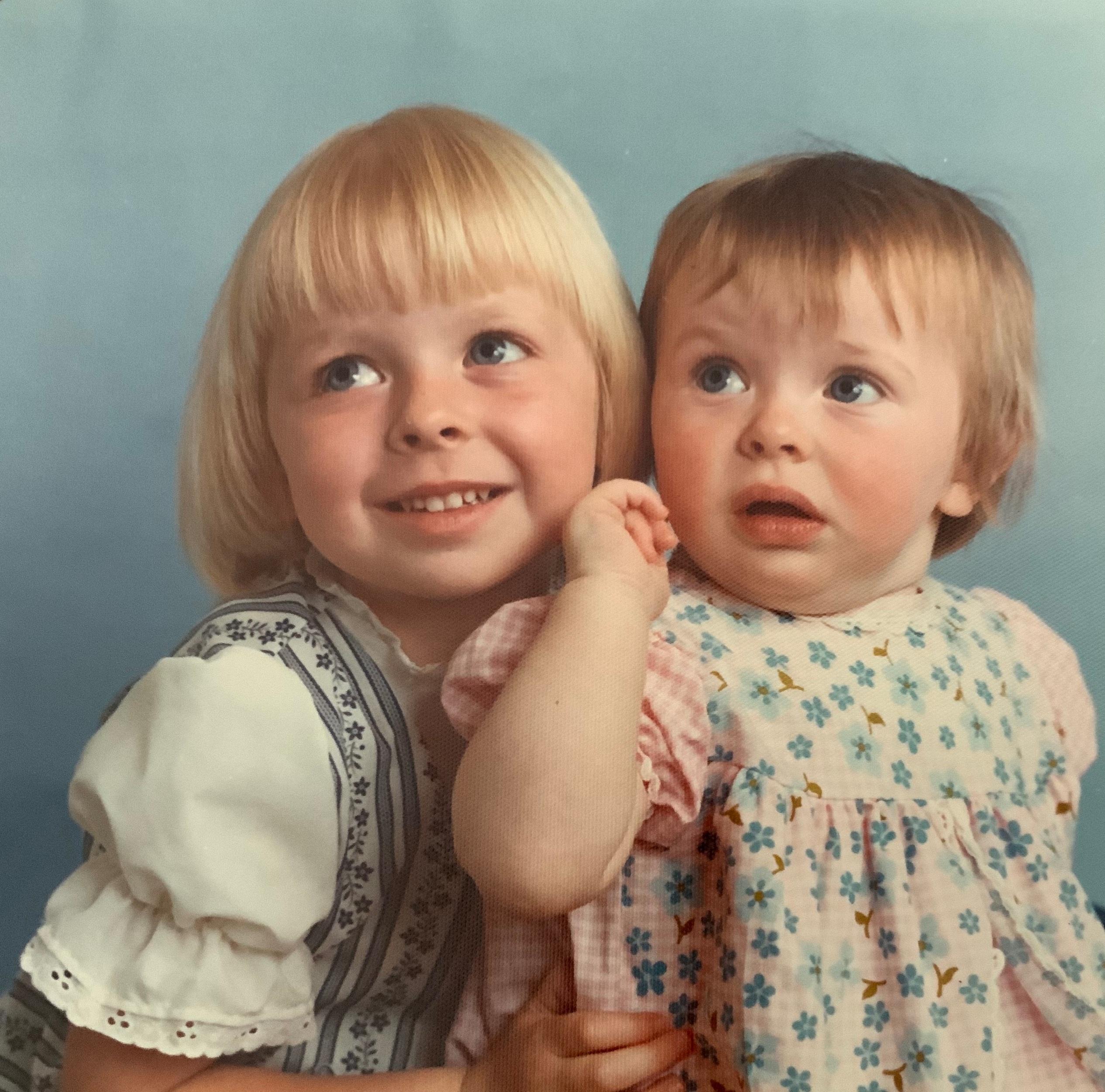 I had moved in with him, and he had his children 50 per cent of the time, and I quickly learned it wasn't just me who suffered at the hands of Simon's temper.

On one occasion social services were called to the children's school because his eldest daughter said Simon had pinned her against the wall and put his hands round her throat.

Simon denied it, and his daughter had been a bit of a fantasist, so I believed him.

Although we never got to the bottom of what actually happened, I had this feeling in my stomach that I couldn’t ignore. Something wasn’t right.

There was another incident that will stay with me forever.

His son had done something wrong, and Simon was giving him a bit of a telling off.

Afterwards his son had gone upstairs and we could hear him crying.

The next minute Simon flew into one of his rages and he burst into his son’s room.

I was 45 and worthless. My life was pointless.

I could hear the most terrible sound – it was a pathetic sob begging Simon to “stop hurting him.”

His eldest daughter was clearly frightened and crying which made me realise that it wasn’t just me, this was serious.

I was desperately trying to hold it together because I just wanted to cry. It was unbearable.

I knew my intervention could potentially make things worse and so, to keep these kids safe, I just stayed silent.

At this point many people would question why I didn’t just leave, but emotionally I felt trapped – I loved the bones of those children.

I always saw myself as such a strong woman but it's just not like that when you're in it.

Simon would make me doubt myself and think 'maybe I am the one that got it wrong.' 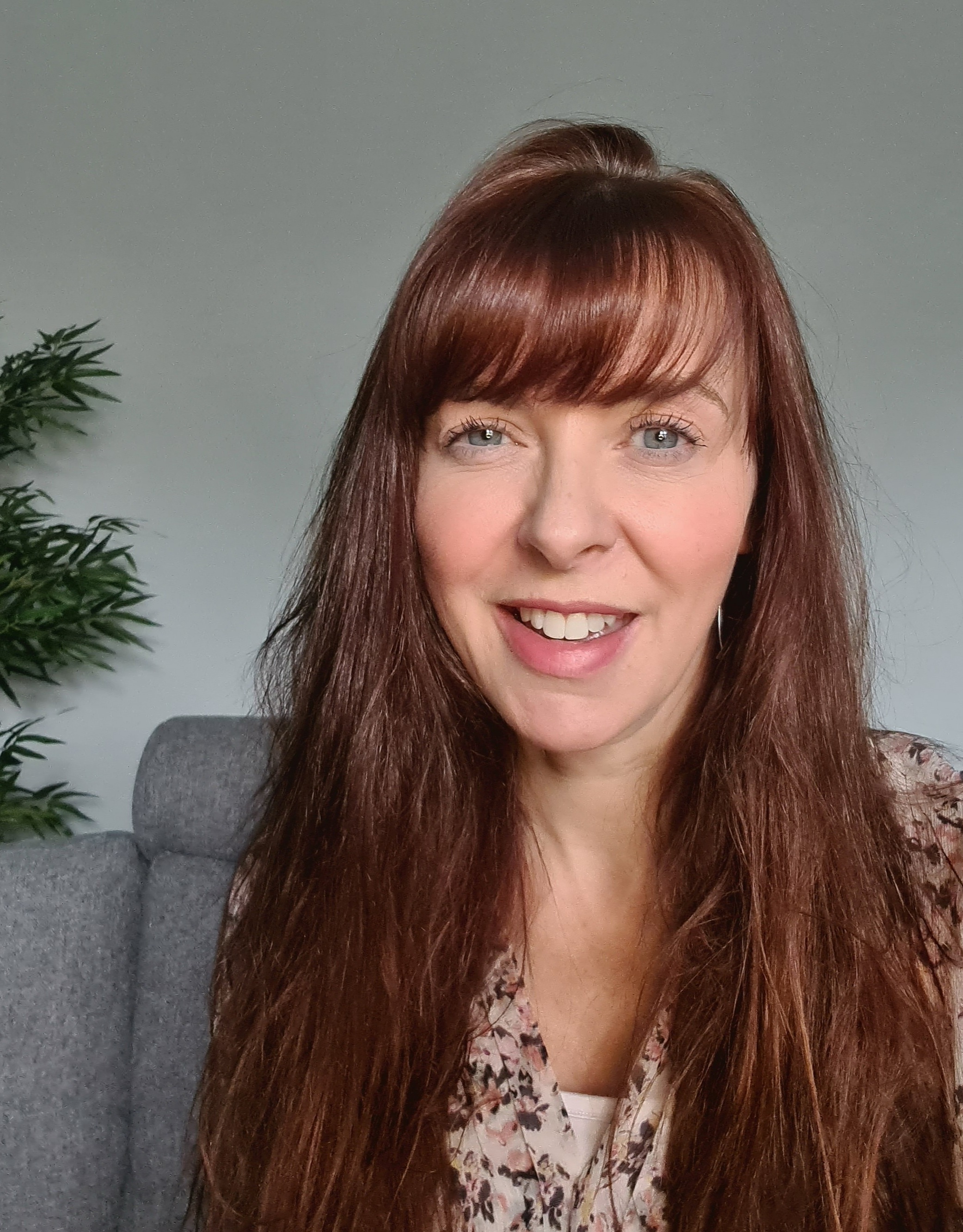 But also, every now and then, the person from the first 12 months would show up to sweep me off my feet again.

This amazing, funny, great to be around, makes me feel like a million dollars guy would show up.

And because of that I was constantly able to find excuses. I would think That's it. That's the person I'm in love with.

My birthday was no different, and one year he took me away on a long weekend, we went to Europe and we had the most amazing time.

I remember thinking, 'oh my god. We're back to where we were.'

However, when we got back, I found myself in a very difficult situation at work and through no fault of my own, I lost my job, a job I loved.

It was of course very stressful but Simon told me not to worry, reassuring me that we had enough money and soon we would be moving into a place of our own.

But just ten days later I woke up to find my world had been turned upside down.

If you love who you are, you're never without love.

Simon marched into our bedroom and told me, “when the house is sold this is over and you need to go.”

I was completely devastated.

Within ten days I had lost my job, my relationship, my ready-made family and my home.

It was only later on that I discovered that Simon had found somebody else, and had even bought her an engagement ring.

It raised me to the ground.

I packed up my stuff in the house and put it into storage and I took the bare essentials to stay with a friend of mine as I struggled to get back on my feet.

But as the weeks crept by I found myself sinking into a pit of depression having lost my identity once again.

I reached a point where the emotional pain was so intense I couldn't bear it.

One day I was in my car on the motorway and I thought, I don't want to live.

I began driving my car faster and faster, I just wanted some way for this incredible pain to stop.

I was 45 and worthless. My life was pointless.

Eventually I pulled over and I called a friend who used to work for the Samaritans.

Are you dating a narcissist?

If they hadn't picked up the phone that day I don't know what I would have done, because I was out of control.

From there I just had to reset my entire person.

I took a hard look at myself and said; 'How did you end up here? How has all this stuff happened to you? What choices have you made that got you here?'

I decided to reclaim my spot in the world and I wanted to learn to like myself.

I was no longer somebody's boss, I wasn't somebody stepmother, somebody’s partner – all of those labels that I thought I needed had disappeared and gradually I became OK with that.

I've had the most awesome opportunities in life that have taught me so much, and I think I've got an amazing story, which is why I decided to write it all down in a book

I am still a work in progress, and I've massively transformed myself and my attitude to myself.

I'm 47, and my body confidence is greater now than it's ever been, I'm really comfortable with who I am.

I have consciously made a decision to take time out from being in a relationship because the people I was meeting were not treating me the way I’m worth.

If you love who you are, you're never without love."

*Simon's name has been changed. Allegations made are not substantiated by The Sun.

All The Tw**s I Met Along The Way by Carolyn Hobdey, Memoir, Filament Publishing, January 2021, £14.99, available to buy in paperback and ebook in all good bookshops online

In other real life news, Carolyn previously spoke about the turmoil she suffered when her husband came out as gay.

And this woman was called a "disgusting fat pig" by a bloke when she turned him down, so she got him fired.

Plus this couple only have sex once a year on Valentine's Day.

Bebe Rexha Shows Off Her Unfiltered Swimsuit Body: 'Yes I Got Thighs, Okay?'