A WOMAN has revealed how she was bed-bound for a month because ofher oozing, cracked and burnt skin after ditching steroids for her extremely painful skin condition.

Dance teacher Lucy McDermott, 27, from Melbourne, Australia, suffered from mild eczema as a child, but by 18 it became more severe and she was prescribed steroid cream. 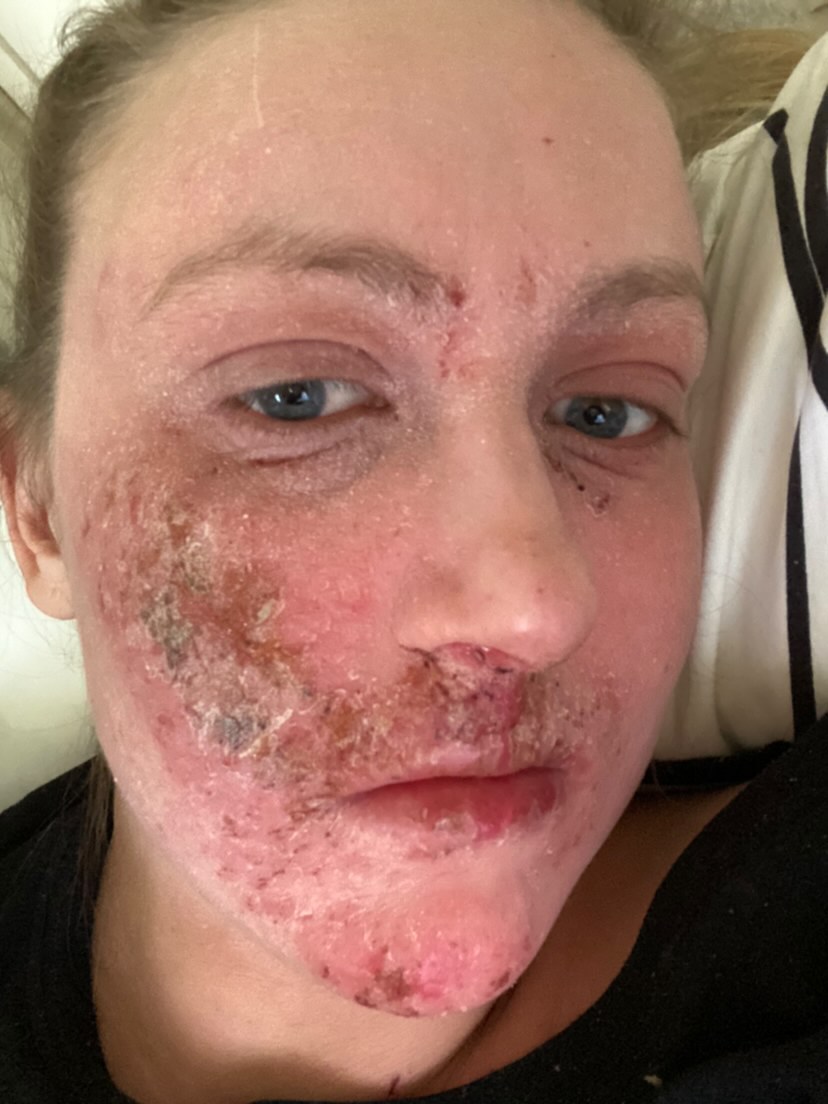 The medicated cream helped soothe her skin for a short period of time, but it would eventually worsen again and Lucy was put on stronger creams.

Eventually, in 2011 a dermatologist prescribed her oral steroids that helped clear her skin but as soon as she came off the medication, her skin would be worse than ever, with patches of red, flaky skin on her face and body.

Her symptoms because so bad that Lucy was even hospitalised in both 2018 and 2019 and each time she was given more steroids – both topical and oral.

She wasn’t made aware of any potential side effects, and says doctors urged her to continuously increase the amount she was using if it meant clearing her skin. 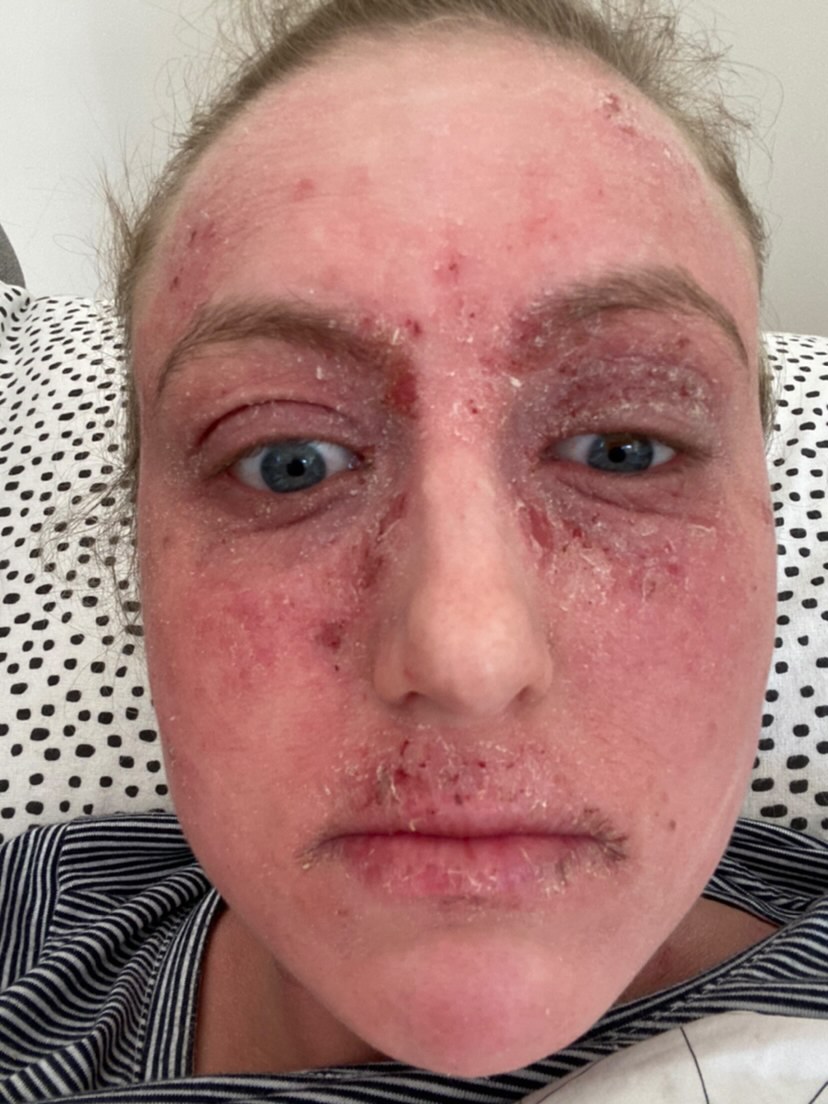 By 2015, Lucy was using a whole tube of steroid cream on her body daily in a bid to fight her inflamed and irritated skin.

Whenever she cut down on her steroid usage, she noticed her skin becoming more cracked and worse than ever.

Earlier this year, she found other people on Instagram showing the same symptoms as her. 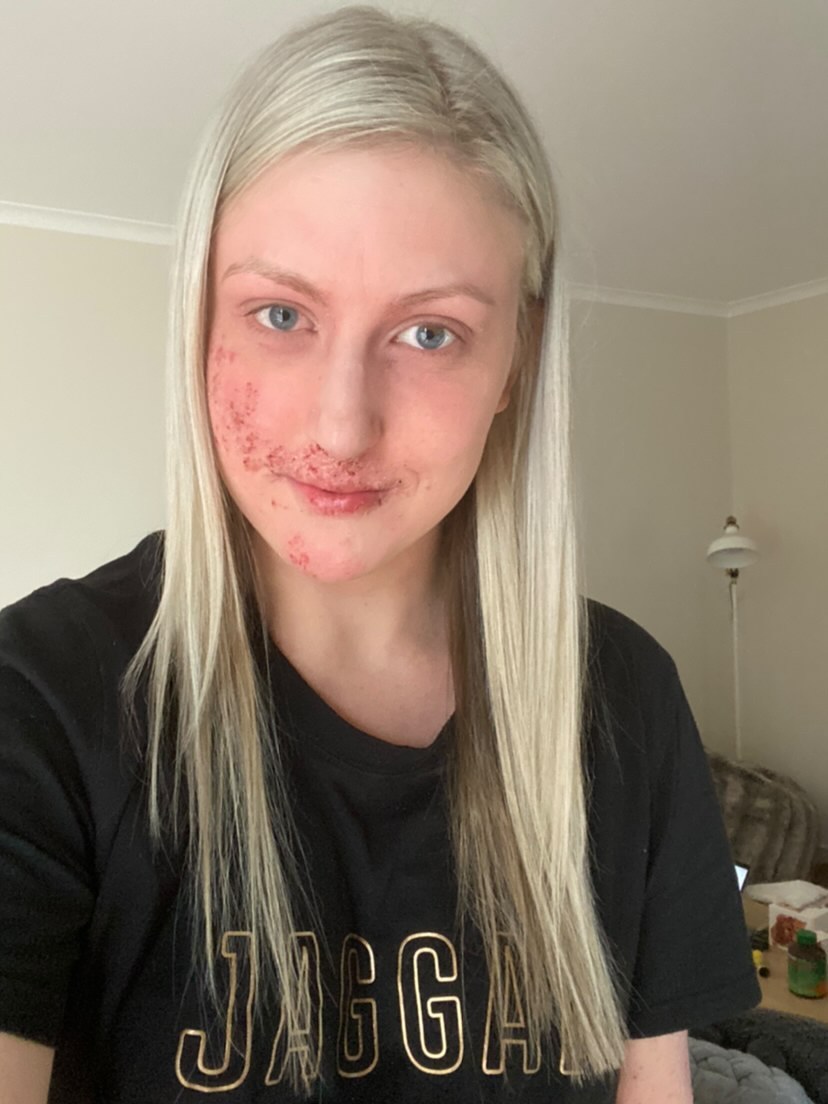 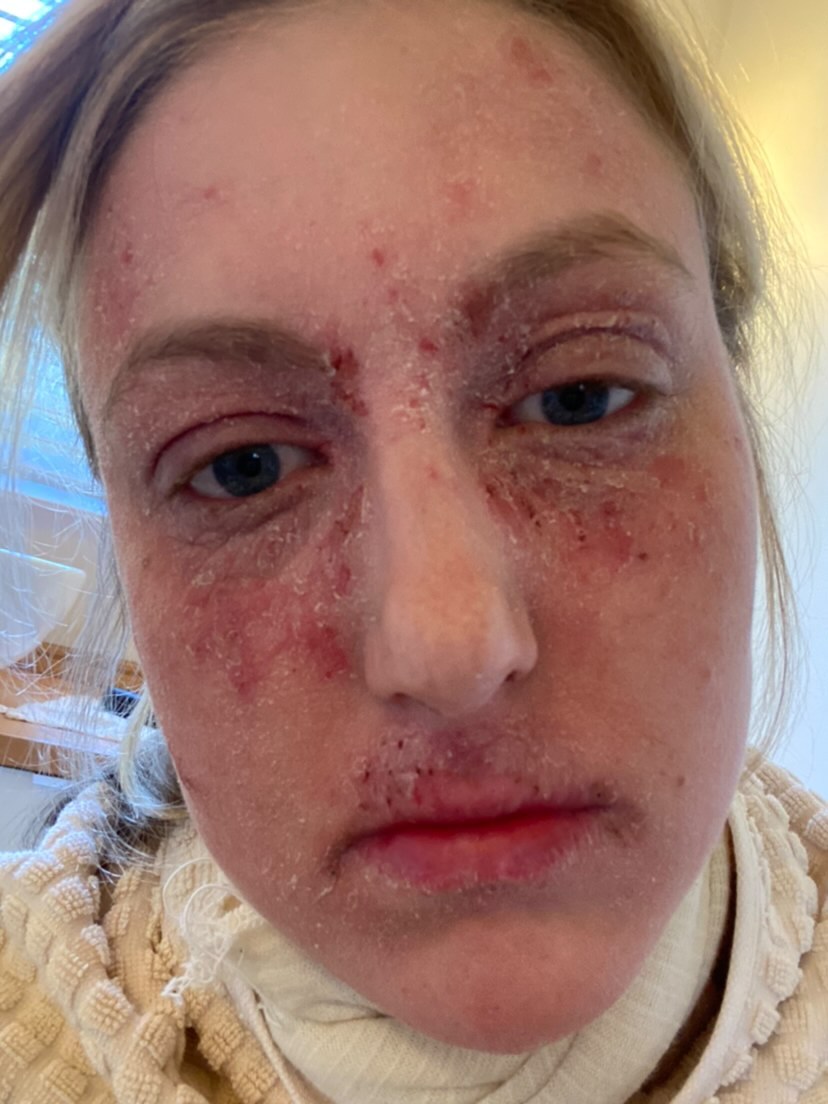 Lucy knew she needed to stop using the steroids for once and for all and went cold turkey in June 2020 after joining online support groups to help her through the process.

The first month of withdrawal was "horrific", and Lucy spent it bed-bound with oozing, cracked and burnt skin, extreme fatigue and "bone-deep itch."

Although she had anticipated a rough recovery, the experience has made Lucy "very depressed" and self-conscious, often opting to not leave the house for fear of staring and discomfort.

The itching is "unbearable" and means Lucy has ice packs strapped to her skin day and night.

Despite her debilitating condition, Lucy has been open with her struggle both on social media and in real life, sharing what she is going through with her dance students so she doesn’t have to completely avoid working. 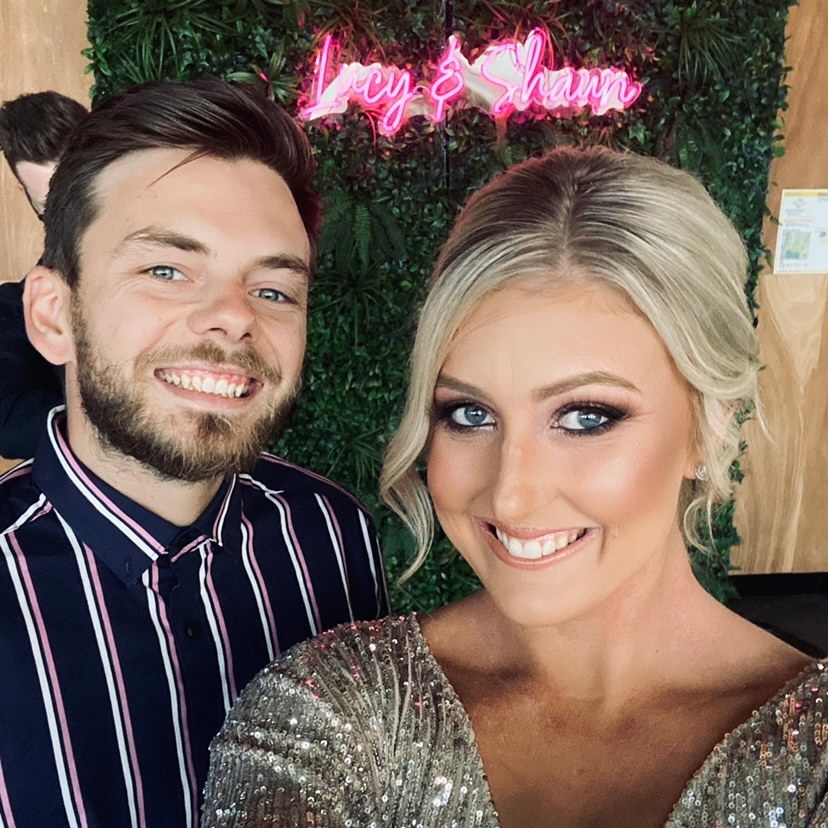 Eczema is a condition that causes the skin to become itchy, red, dry and cracked.

Atopic eczema (the most common form of the condition) is more common in children, often developing before their first birthday.

However, it may also develop for the first time in adults.

It's usually a long-term condition, although it can improve significantly, or even clear completely, in some children as they get older.

The exact cause of eczema is not known.

Symptoms:
Some people only have small patches of dry skin, but others may experience widespread red, inflamed skin all over the body.

It can affect any part of the body but it most often affects the hands, insides of the elbows, backs of the knees and the face and scalp in children.

There are many different treatments to help control eczema, including:

Her fiancé, Shaun, 27, and family have been supportive throughout the process – which Lucy believes will take between one and four years.

Luckily, five months into withdrawal and the skin on her face is finally healing.

Now, Lucy is sharing her journey on social media in a bid to raise awareness of the risks associated with steroid use, and said it was a "huge weight off her shoulders" to be open about her struggle.

Her doctors believe that she is suffering with extreme eczema.

“I had eczema as a child, but throughout my school years it was very mild. I had dry skin but would just let it be, or use moisturiser,” Lucy said. 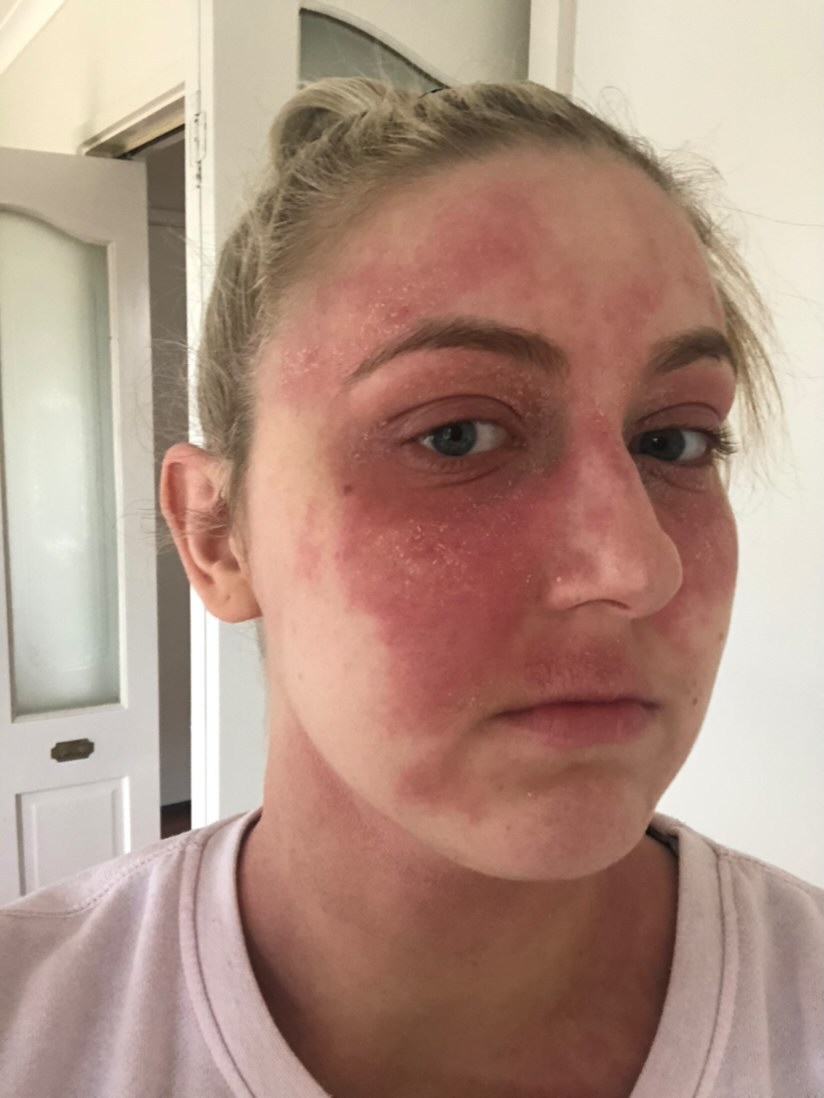 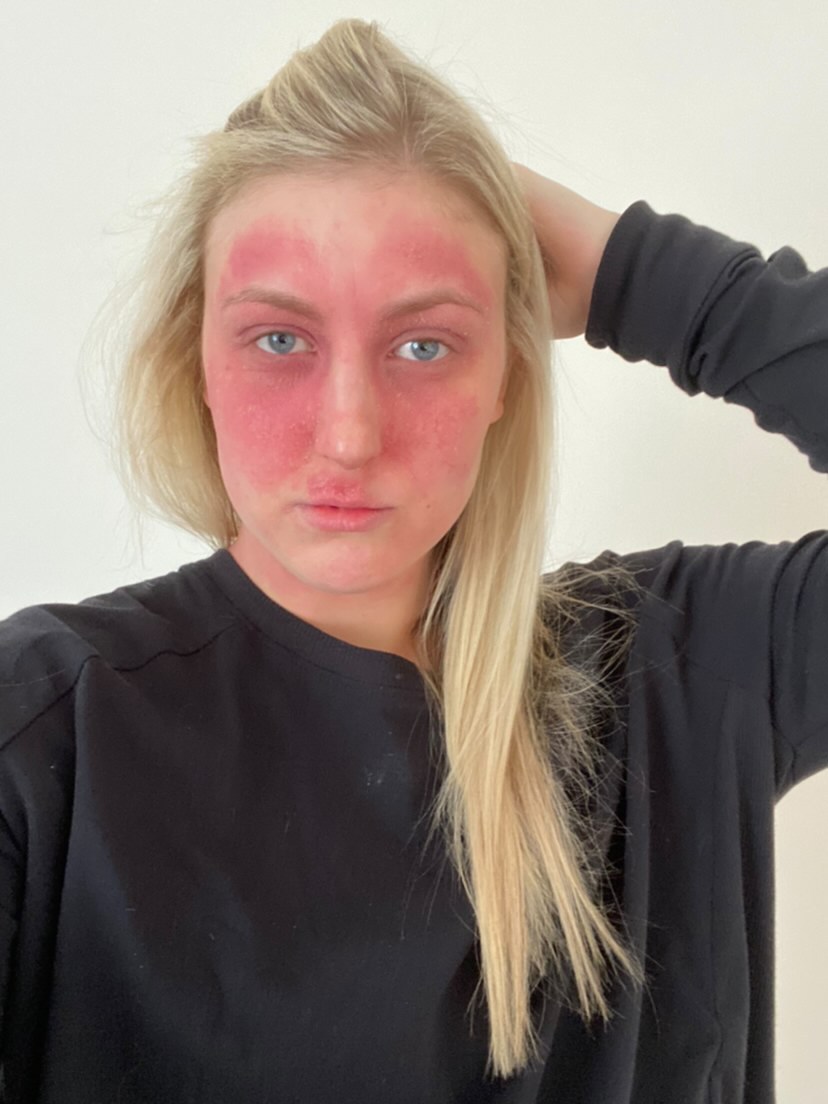 “When I started attending university at eighteen it got worse, which I believe was due to stress. It was bad enough that I went to the doctor and was prescribed steroid cream.

“It worked for a little while but my skin kept getting worse, which resulted in a trip back to the doctors and then a prescription of a stronger steroid cream.

“This became a cycle until 2011, when I saw a dermatologist who prescribed me oral steroids. I thought this was a miracle as my skin completely cleared up, but as soon as I stopped taking them my skin would be worse than ever.

“I was even hospitalised twice to try and get my skin under control but the only thing doctors would do was prescribe me more and more steroids, both topical and oral.” 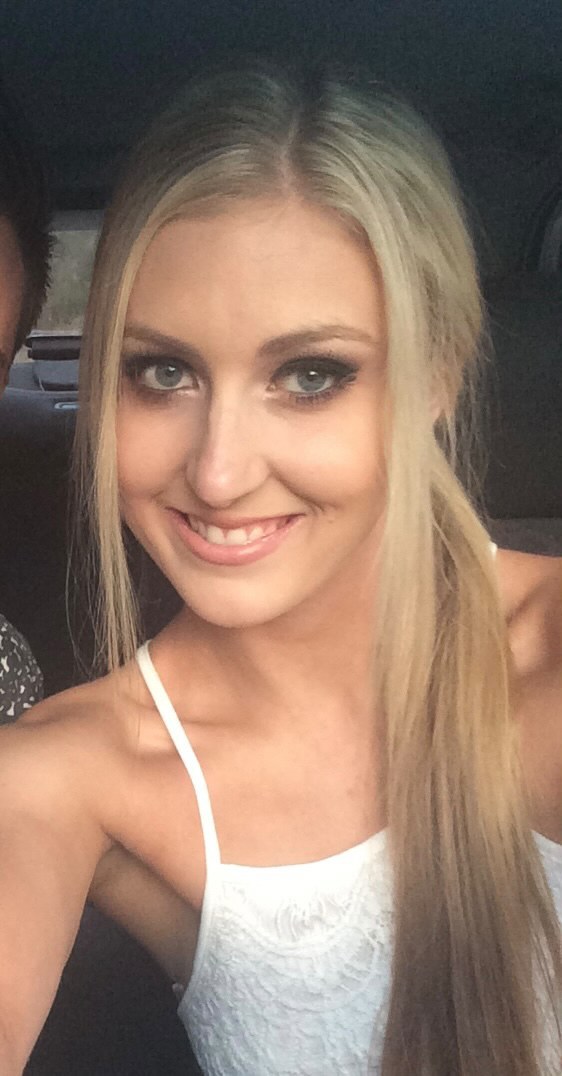 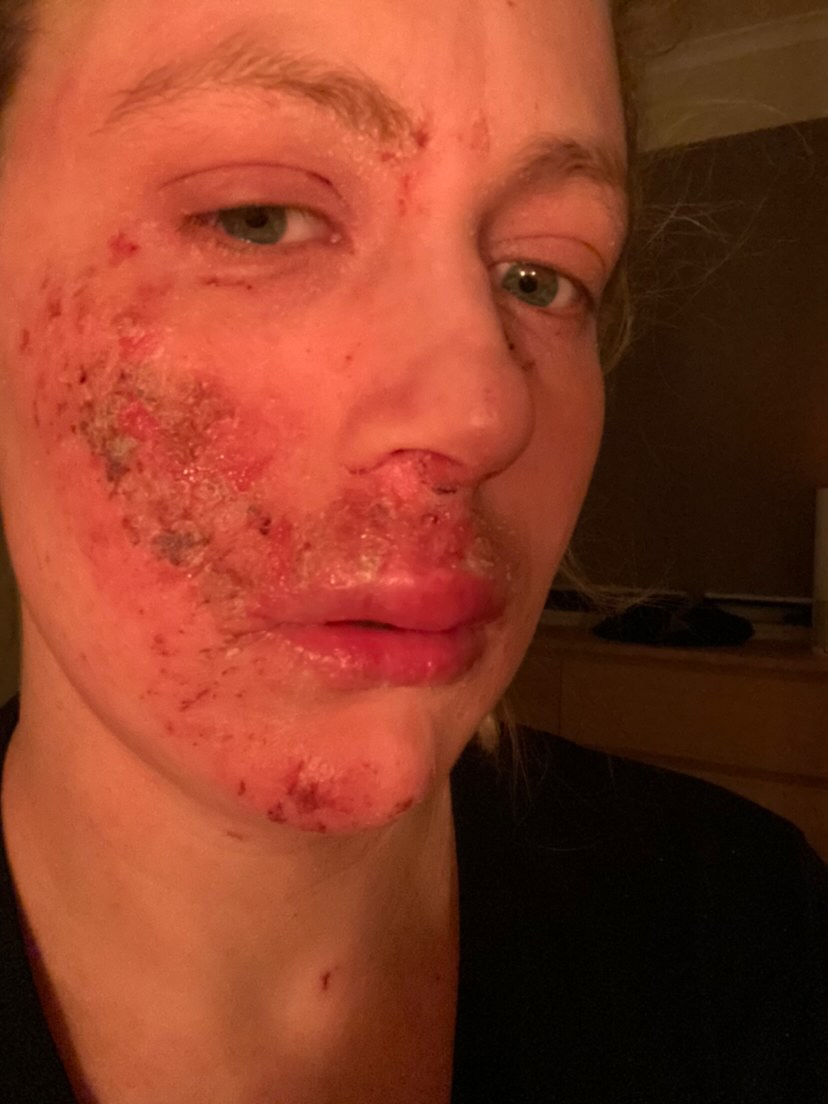 Lucy was never warned of any potential side effects to her prolonged steroid usage.

She says that doctors told her to increase her usage, until she was using a whole bottle of cream per day on her skin.

“It felt like I had to choose between taking them or having this debilitating skin condition for the rest of my life,” she said.

“Despite all of the medication I was on, my skin was still becoming dry, cracked and itchy, and the steroids weren’t working. In early 2020, I came across an Instagram account of someone with the same symptoms as me, next to a more recent photo of them with clear skin.

“In the caption, they had used the hashtag %23topicalsteroidwithdrawal, and I fell into a hole of looking at Instagram accounts of people with identical symptoms to me.

“I knew I needed to come off of the steroids and felt prepared with what was ahead of me. I was already experiencing the symptoms on a smaller scale, so I joined a few support groups and spent time reading about other people’s experiences of withdrawal 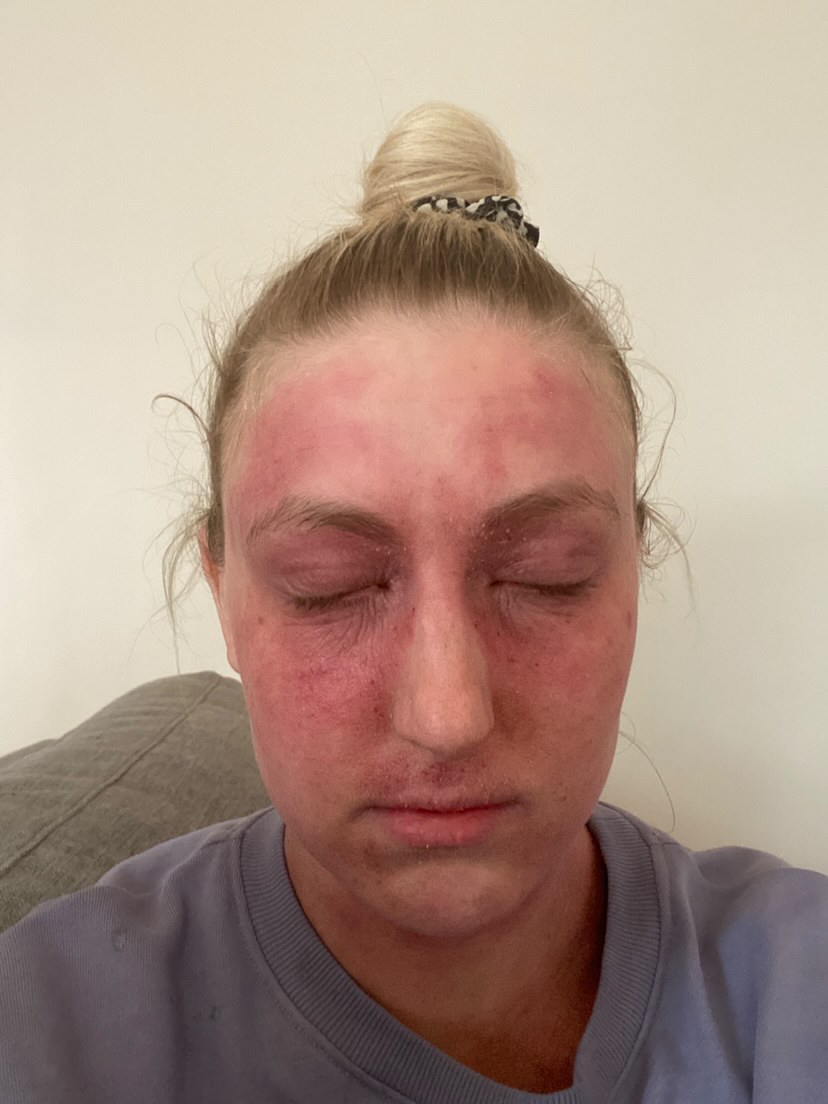 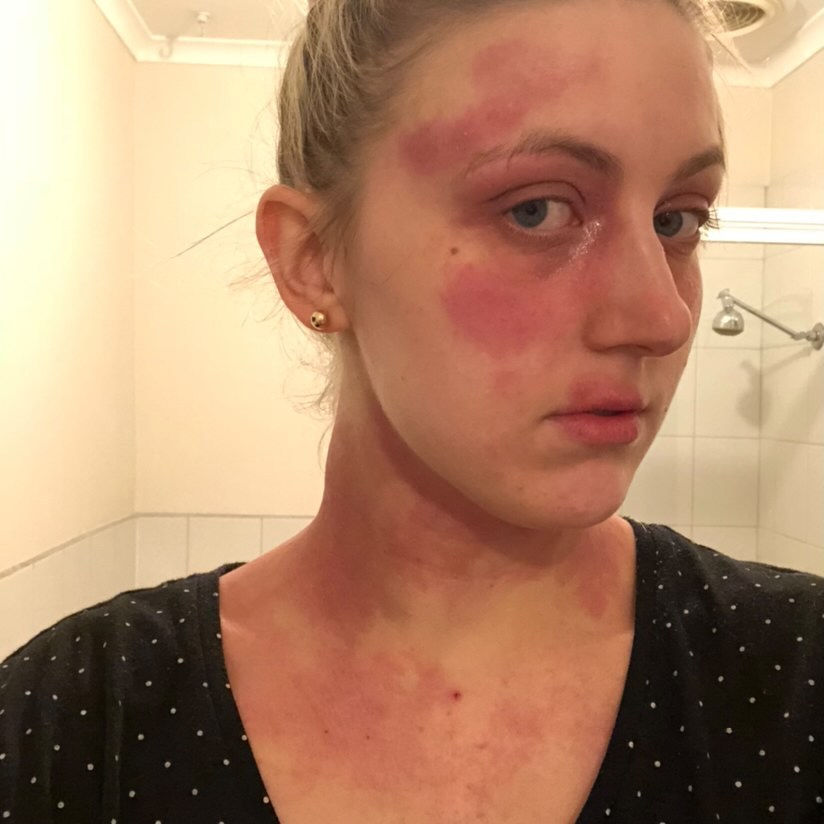 “A week later, I stopped using the steroids. The first month was horrific and I had to take time off of work as I was basically bed-bound.

“My skin was oozing, splitting, cracking and burnt, and I had bone-deep itching. I was also experiencing extreme fatigue and insomnia, and felt very depressed.”

Five months on, Lucy says there is light at the end of the tunnel as her skin slowly heals, but she is still struggling with her image as well as the harsh withdrawal symptoms.

“I feel like my life is on hold at the moment as I don’t want to leave the house because I’m so self-conscious. It’s even uncomfortable wearing certain clothes,” she said.

“As a dance teacher, all eyes are on me when I’m teaching a class, so that can be hard at times, but my students have an understanding of what I’m going through. I absolutely love my job so the thought of putting that on hold would make me feel more depressed, even though I sometimes don’t have a choice. 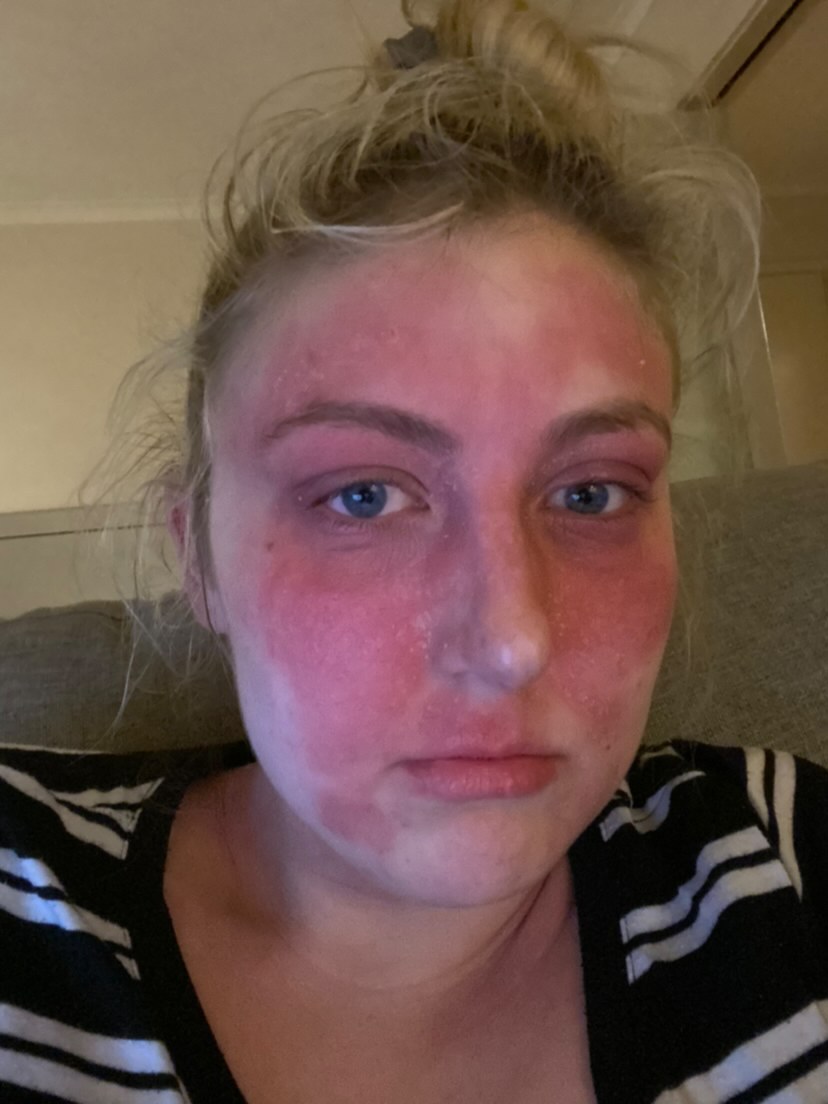 “I find it hard to explain to people what I’m going through and a lot of people try to offer advice when they don’t fully understand the process, which can be frustrating.

“I started sharing my journey on social media not long after I started the withdrawal process. It felt like a huge weight off my shoulders and everyone was so supportive and caring.

“I want to raise awareness to this condition to prevent others from going through what I have. Sharing on social media is so important as TSW is not yet recognised by doctors and dermatologists, even though there is so much evidence to show it is a real condition.

“Although I have a long way to go, after five months of going with my gut and putting nothing at all on my face, I can’t believe how some areas of my skin are looking.

“I can’t wait for my life to be back to normal. It’s a huge battle and I’m struggling every single day with intense symptoms, but I finally feel I’m heading in the right direction.”

Meanwhile, a woman revels how a horrific eczema flare up left her skin flaking, tearing, itching and oozing – so she quit my job.

Anne Hathaway Puts on a Backyard Fashion Show for Her Locked Down Promo Tour: See All 6 Looks