LOOKING for love online can be both daunting and a bit tricky.

You never really know if someone is who they say they are, or if they’re just catfishing you. 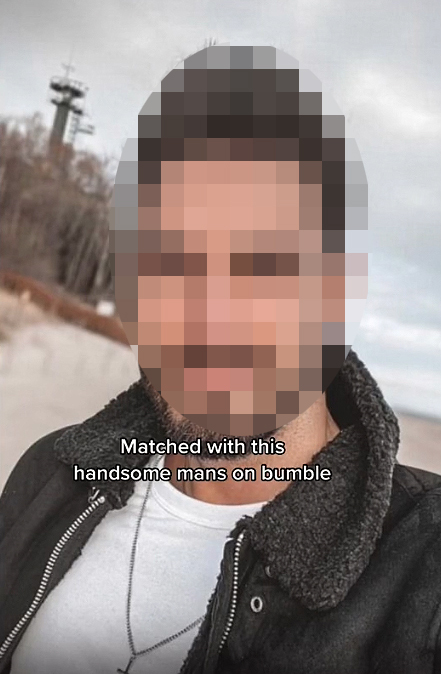 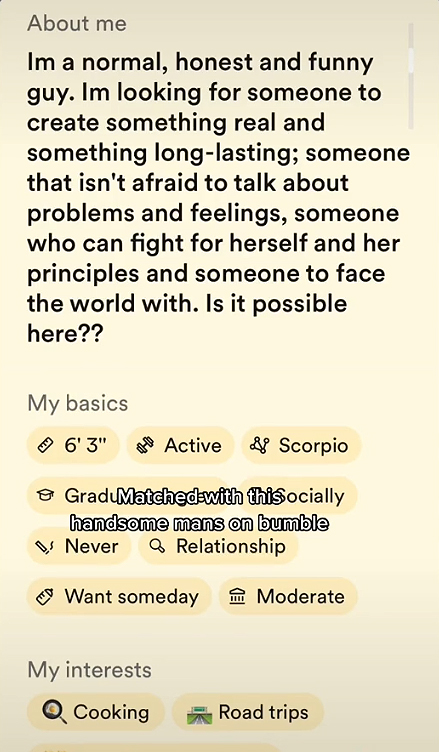 One woman shared an eerie experience that she had after matching with a seemingly normal, very handsome man on a dating app.

She began her story: “Me, trying to find the love of my life in NYC.”

“Matched with this handsome man on Bumble,” she continued, while flashing photos of his online profile.

In his “About Me” section, he claimed he was a “normal, honest, and funny guy looking for someone to create something real and long-lasting.”

The six-foot three charmer explained that he wants a partner who “isn’t afraid to talk about problems and feelings, who can fight for herself and her principles; someone to face the world with.”

After the two matched on the app, the woman gave him her WhatsApp so that they “could chat while he was visiting family for two weeks in Poland.”

Famous face hides behind a disguise to go skiing – so can you tell who it is?

She scrolled through hundreds of texts between the two of them, including voice notes and selfies, and explained that they talked “for two hours straight.”

What happened next was bizarre, to say the least.

“Then he started love bombing me like crazy,” she said, while revealing an extremely lengthy text from the man she just “met.”

Part of his text read: “My feelings for you are true and pure though I have no idea what they are; but you make me feel different… I never knew I could feel this strongly about someone this soon, but you’ve proved me wrong.

“I would walk to the ends of the earth to meet you and the next two weeks without the possibility to see you in real life, make you smile or make you blush, will be a pain,” he went on.

Freaked out, the woman showed her friends his profile and the texts.

“My friends pulled out their FBI hats and found the real man,” she said.

Using the photos the man sent to her, they discovered that those images actually came from the Instagram of 2020’s “Mister Poland” winner.

Terrified and shocked at the catfishing, the woman decided to call the man out.

After answering that she didn’t “even know what to say” to his long, lovey text, she sent him a screenshot of Mr. Poland’s Instagram.

“I confronted him,” she concluded.

Although the woman never revealed his response to the confrontation, it’s safe to say the two ended their communication. 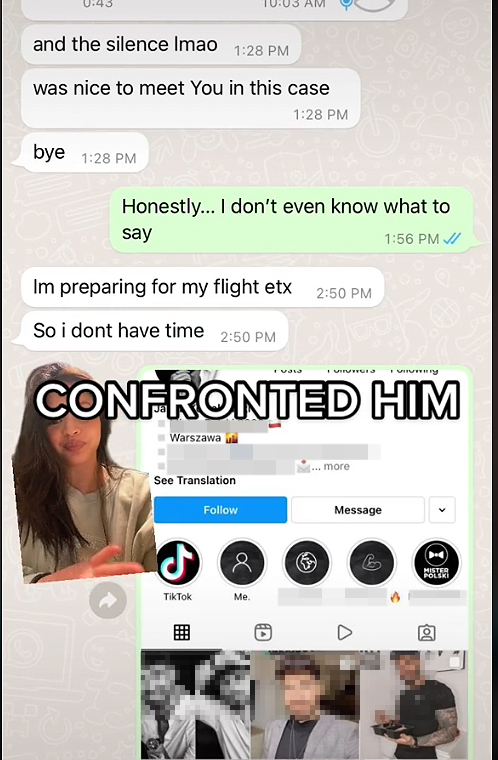 What is mumps? Symptoms, vaccine, treatment and signs in adults