A MUM has revealed how she was trolled for having a "boy's chest" when she had AAs boobs, so got a £6,500 breast op.

Jessica Carter, 31, from Derbyshire, faced years of bullying about her appearance at school, then trolling on social media, which left her with "very low self-esteem". 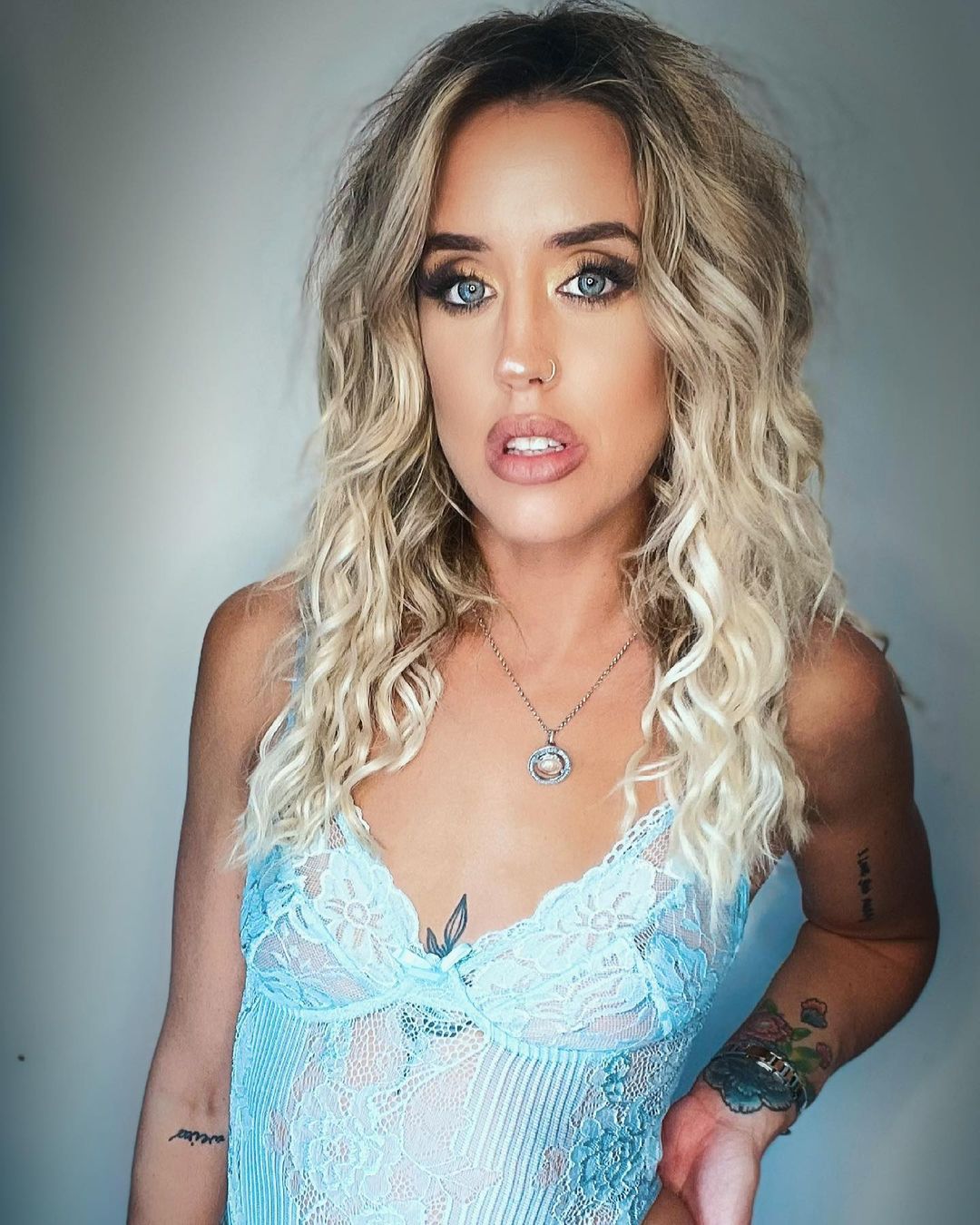 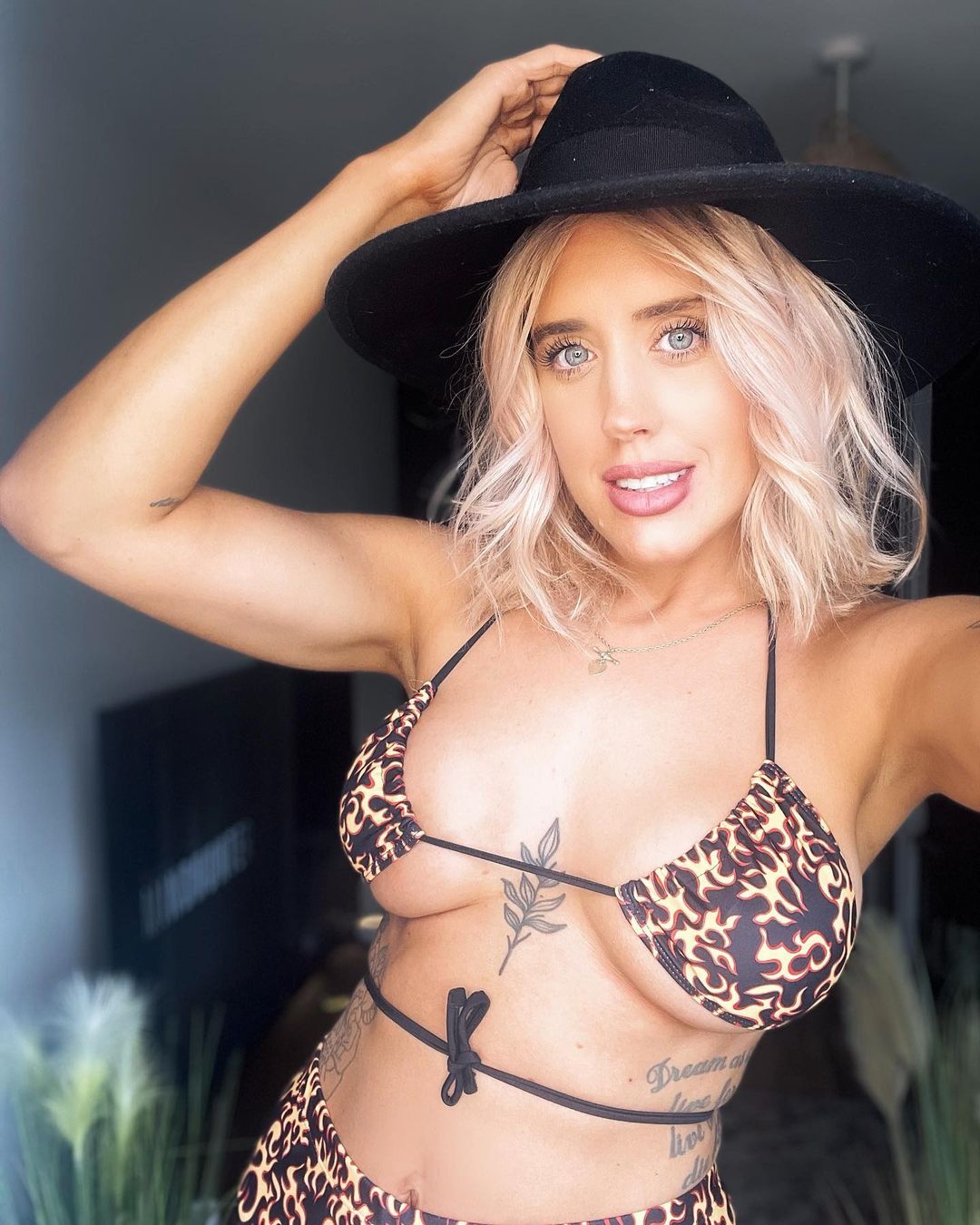 Determined to boost her confidence, the adult model got a boob job with Dr Alex Karidis, which helped double her online earnings to more than £15,000.

Jessica, who has an eight-year-old daughter with her partner, tells Fabulous: "I’ve always had very low self esteem, because of years of being bullied about my appearance.

"I was bullied about how I look in both primary and secondary school. Kids are mean and I didn’t take it very well.

"At 5ft 11ins, I was always tall, thin and straight up and down. My boobs weren’t the main focus of why I was picked on, but I think that was part of it.

"Then I started getting trolled for having small boobs, mainly on TikTok. I’ve been told I have a ‘boy’s chest’ and asked ‘when are you going to hit puberty?’

"Just petty stuff, but when you're told something over and over again, it does start to grind you down after a while.

"I think the best way to handle it is to make fun of yourself, just don't show people it affects you at all.

"With TikTok, it's best to make a new video brushing it off, which tends to get more views so then your subscribers go up.

"At this stage in life, I’ve passed the point of trolling affecting me. When you’re in this industry, you’ve got to grow a thick skin quite quickly.

"Because if you’re going to crumble at any comments, then it’s definitely not the job for you." 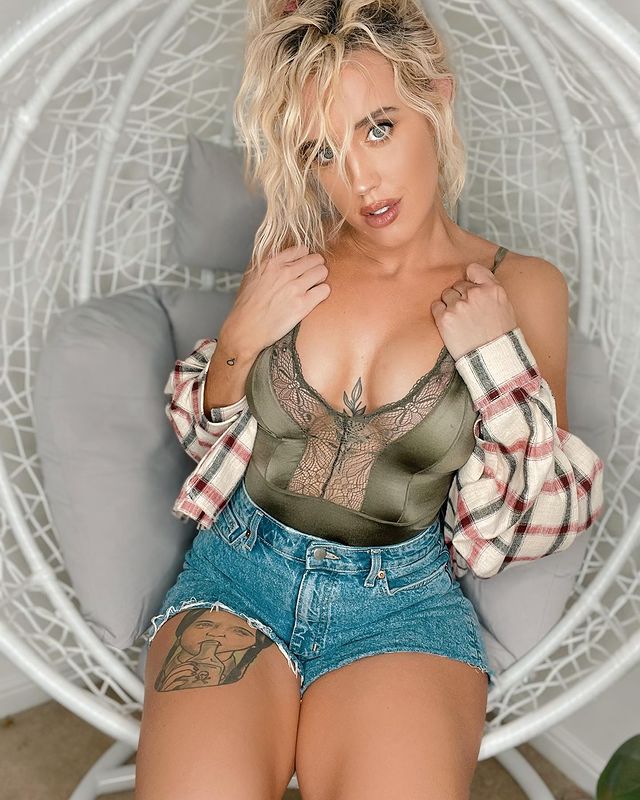 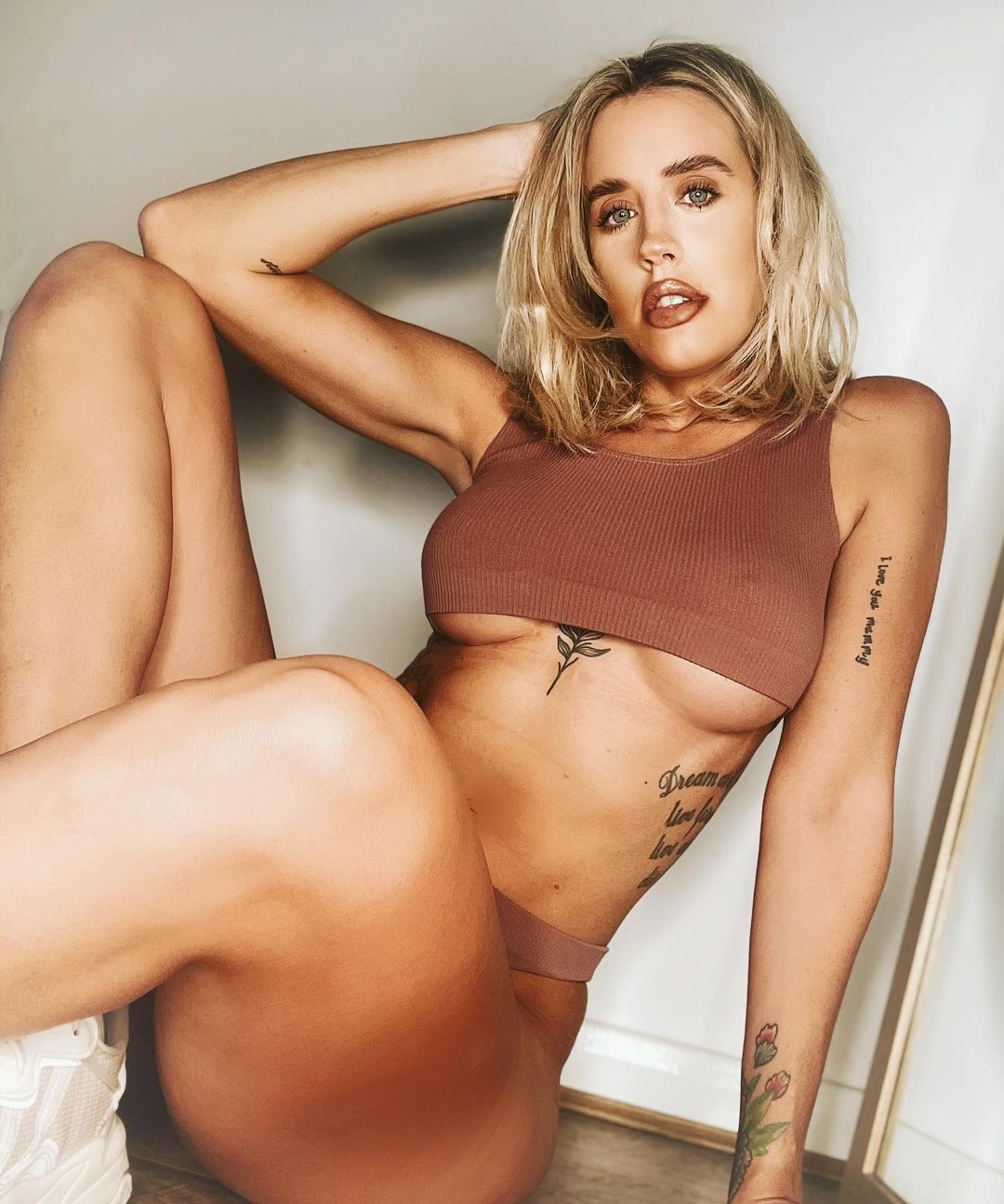 Before the pandemic, Jessica was working as a PT earning £18,000 a year.

She says: "When lockdown hit, it made me seriously question things. I loved being a personal trainer but it wasn't bringing in enough money.

"It was liveable, but I couldn’t really do anything extra. I just wanted a good life for me, my daughter and my partner.

"I decided rather than procrastinating, I was going to go for the things I'd been thinking about for a while, so I started my OnlyFans and had the surgery. That attitude seems to be working really well for me."

I’ve always had very low self esteem, because of years of being bullied about my appearance. Then I started getting trolled for having small boobs. I’ve been told I have a ‘boy’s chest’ and asked ‘when are you going to hit puberty?’

Jessica joined OnlyFans in September and soon had thousands of followers.

Following her boob job in April, which took her from an AA to a DD-cup, Jessica's earnings doubled to over £15,000 a month, while her number of subscribers tripled.

She says: "My subscribers grew up quite quickly after. I had a good following beforehand, but promotional work on social media about me getting my boobs done really helped.

"The main reason I wanted them done was for body confidence. I just felt I would be more in proportion if my boobs were bigger.

"It's not that you can't have small boobs in the industry, because you can. A lot of my subscribers said ‘no we like your small boobs’ but it was more how I felt about myself in underwear.

"The industry is brilliant and welcomes women of all shapes and sizes, butI spent so much time looking at myself through photos and videos online, I was putting pressure on myself really to look a certain way.

"I feel like a completely different person now. I feel like the best version of myself and I know that’s very cliche, but it’s true.

"I'm completely body confident now, thanks to my surgery. I feel nice in clothes, like I’m in proportion. I feel like I can wear nice sweaters and tops, because I’ve actually got some boobs.

"They’re very natural looking as well so that’s great. The scarring’s so minimal, even in underwear and bikinis. I’ve just got no insecurities about them anymore." 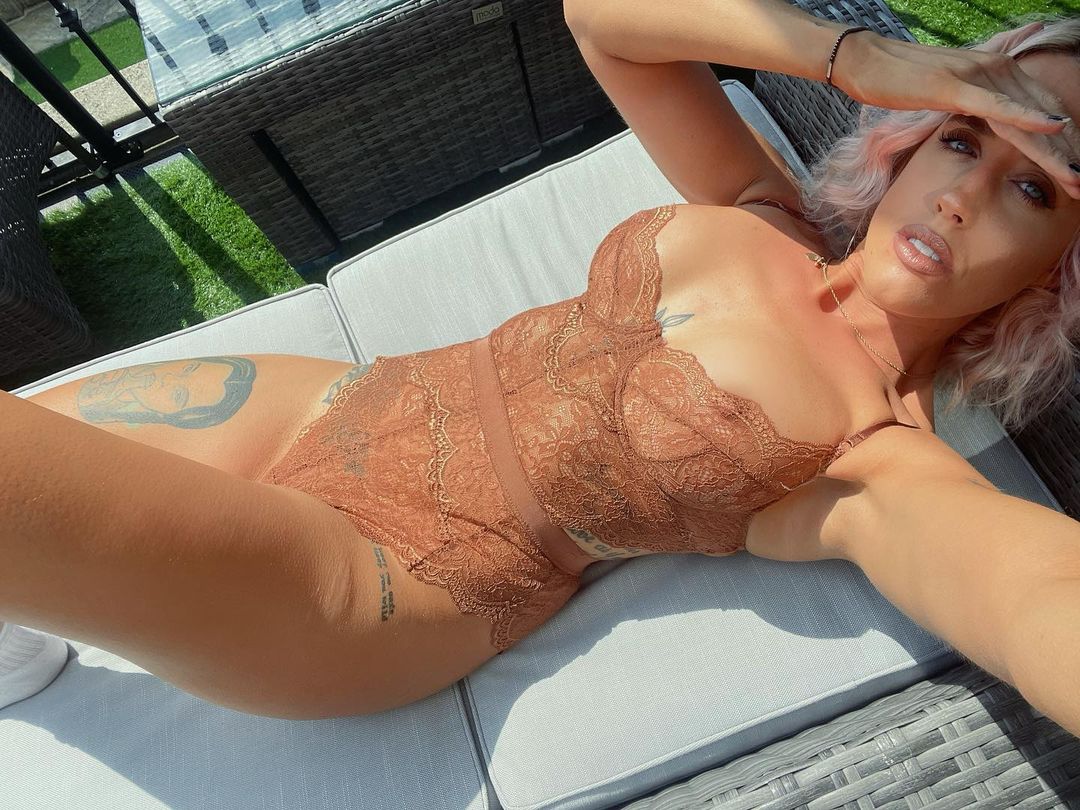 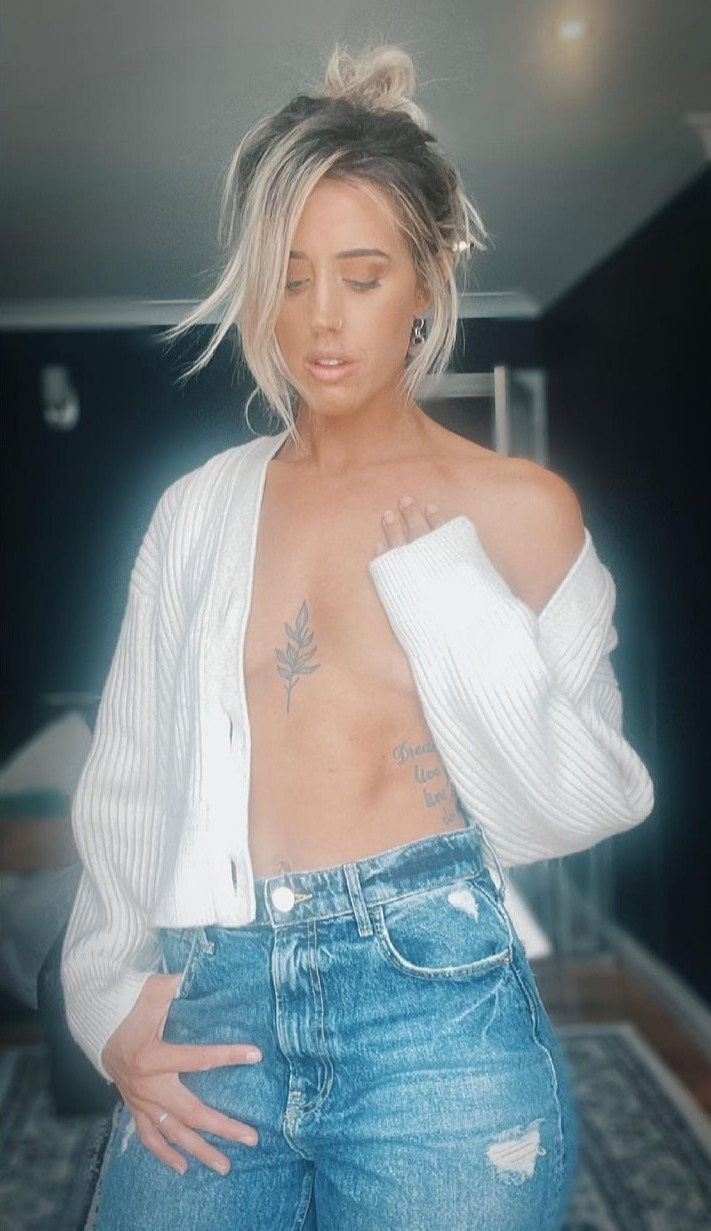 Jessica, who describes her pre-surgery boobs as "pert but tiny", says she's always been flat chested – apart from during pregnancy.

She says: "My boobs grew to a C-cup, they were nice, I quite liked them. They were bigger with my milk coming in, but in time they shrank back down to my natural size.

"I did get used to them, I was disappointed when they went away again."

Jessica got her surgery done with Dr Karidis. She says: "It was honestly brilliant.

"I did quite a lot of research beforehand online, and he seemed the absolute best for what I wanted.

"I'd say to other women, if it’s something that’s really bothering you and has been playing on your mind for a while, just book a consultation with him because he will fill you with confidence straight away."