TAKING a deep breath, I opened dating app Tinder on my phone and started to tap out my profile.

“I like rolling on rollercoasters because I love a hard, fast ride,” I wrote. “I’m a single mum looking for child-free fun.”

In a world of no-strings sex this sort of post isn’t unusual. But for me, pressing send was a bit like having an out-of-body experience.

Because a few years earlier I would have felt nothing but shame and guilt about focusing on my own pleasure.

Now, three years after getting divorced, I’d had something of a revelation: I wanted to have sex. Wild, happy, careless, shame-free sex. And lots of it.

After 17 years sharing a bed with the same man — and a difficult, emotionally draining divorce — I’d finally given myself permission to indulge in pleasure on my own terms. 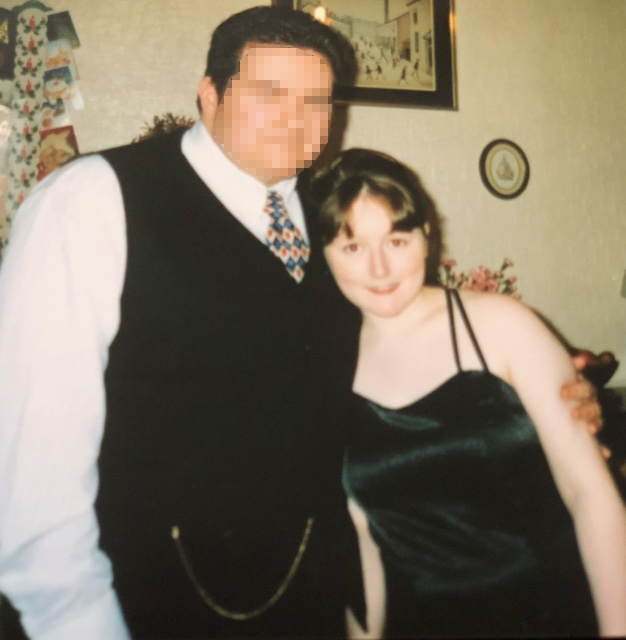 It was the start of a fabulously liberating journey.

Over two fantastic years I dated men I would never have even glanced at in the past, tried out all kinds of new things and learned to love my post-baby body, saggy bits and all.

It certainly didn’t seem to put off my suitors, like the 28-year-old who complimented me endlessly on my boobs.

And the kinky chap who would bend me over the dining room table and whip out the handcuffs the moment I opened the front door. 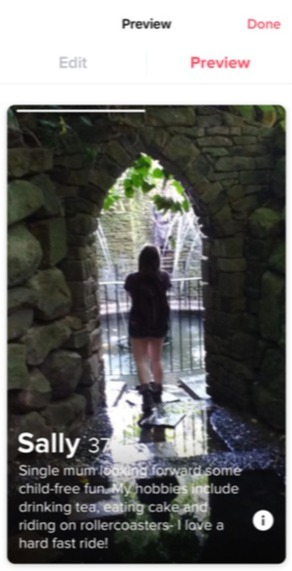 The first time that happened I couldn’t help laughing, hardly able to believe this was the same woman who once thought sex was something sacred that could only be done in the marital bed.

My post-divorce sex marathon couldn’t have contrasted more with my early sexual experiences either.

A pious teenager, I didn’t lose my virginity until I was 18, and that was to the man who would go on to be my husband.

That first time was typical, more a fumble than anything else, but I remember I enjoyed it. I might not have been sexually experienced, but I was happy with my slim 18-year-old body, and I loved my boyfriend.

It felt right, except for one thing: As a committed Christian, I believed that having sex before marriage meant I had gone against the values of my faith.

I enjoyed sex, but at the same time it left me feeling guilty and ashamed.

More than once, I fretted out loud that I should have waited until I was married.

My husband took a more relaxed view, but my internal conflict was so great that we married aged 21 to put the stamp of legitimacy on our sex life.

Looking back, it was crazy. While I loved my husband, the reality was that I was marrying him because we’d already had sex.

Now, I wonder if that cast a shadow over our sex life from the start.

Don’t get me wrong, I can never regret what my marriage gave me — wonderful twin boys aged 11. But fundamentally my husband and I were ill-suited, and our sex life was pretty vanilla.

I can’t really blame him for that either. 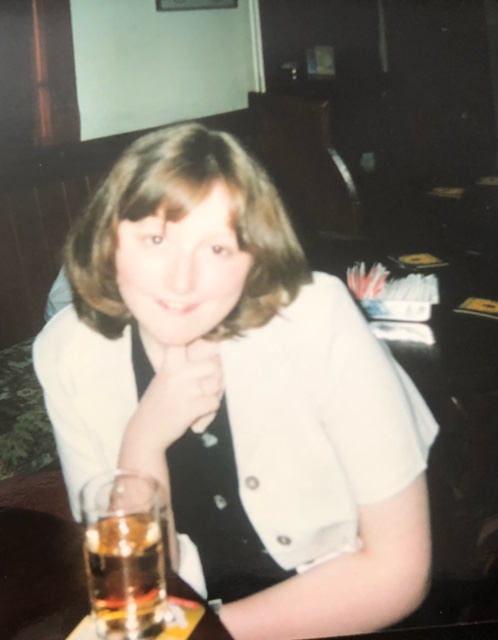 Any time we did anything vaguely adventurous I felt guilty, believing the Bible would frown on it. I even considered self-pleasure a sin.

Meanwhile, our relationship was floundering. Over the years we drifted apart, and finally we divorced in 2014 when I was 35.

At first, dating was the last thing on my mind. All my energies were focused on keeping life as stable as possible for the boys — working as a support worker and being a good mum.

To be honest, I thought my libido had all but disappeared. For a couple of years if someone had told me I would never have sex again I really wouldn’t have cared.

'I WAS THINKING MORE AND MORE ABOUT SEX'

But over time, reassured that my sons had settled, my desire slowly started to come to life.

Even then the guilt was still there, but this time I decided to do something about it.

I began to investigate if sex purely for pleasure really was the sin I’d always considered it to be.

I read the Bible and articles online related to sex and Christianity, actively looking for the part in the Bible where it said “sex is a sin”.

To my amazement I discovered it isn’t there — and it was like a weight had been lifted.

While I would always believe adultery was wrong, I realised that sex was not just something you could only enjoy within marriage.

It felt like being given permission to do the things I’d repressed for years, like turning on a tap.

I realised I wanted to have sex with wild abandon, have one-night stands and experiment with new things.

It’s one reason that, three years after my divorce, I found myself in an Ann Summers store buying my first ever sex toy. If I was going to get back in the saddle, I needed to do a little bit of training first.

What I really wanted though was sex with a real-life man — and to do that I had to put myself out there.

I’ll admit I was nervous. It was 20 years since I’d been on a date. When I met my husband, dating apps didn’t exist.

Then there was my post-baby body. Things had sagged, and every time I thought about a stranger looking at my naked body I felt a surge of panic.

But there was nothing else for it, and so taking the bull by the horns, I set up that profile on Tinder, adrenaline surging through my body.

It felt like the naughtiest thing I’d done in years.

To my amazement the matches started rolling in immediately — 250 in total.

Some of them I deleted immediately, like the ones who asked if I was “shaven” down there.

Then, two weeks later, aged 38, I went on my second ever first date, to the pub.

He was 28, and part of me couldn’t believe he’d be interested in someone like me, with my mum tum and stretch marks.

Instead, he called me sexy, told me I had great boobs, and our date ended with sex in the car.

It wasn’t the best sex I’d ever had, but it felt wild and exciting, and it was the confidence boost I needed.

We met a few more times until it fizzled out, but that first leap into the unknown had given me a taste for sex and I started juggling a couple of different men at the same time

There was the “friends with benefits” 40-year-old, who I met a couple of times a month, and the divorced guy with a taste for handcuffs and sex toys.

He would arrive at my house just after the kids had gone to school and be gone just before they got back, the hours in-between spent dedicated to my pleasure.

'IT WAS STARTING TO FEEL A BIT EMPTY'

I had orgasm after orgasm. There were plenty of others, some more memorable than others, but all fun in their own way.

Eventually though I got fed up with Tinder. Fun as it had been, it was all starting to feel a bit empty. I’d sown my wild oats and got it out of my system.

It was just as well, because around the same time I met an old university friend at a mutual friend’s 40th birthday party.

I’d had the biggest crush on him back in the day, and it turned out he felt the same.

Both single, we started seeing each other and three years later we have a loving, sexually satisfying relationship which is all the better because I am not the naive virgin I was when he first met me.

It meant an end to my post-divorce sex odyssey, but I’m so glad I went through it.

It’s led to me having the best sex of my life with someone I love.

Aminé and VERDY Link up for Collaborative 'Limbo' Collection