A MUM spent several months and £600 decorating a Harry Potter-themed Christmas tree – she said it’s an investment and she wants to make it even bigger next year.

Mum-of-four Kemi Anderson, 29, is totally obsessed with Harry Potter and her kids are too. 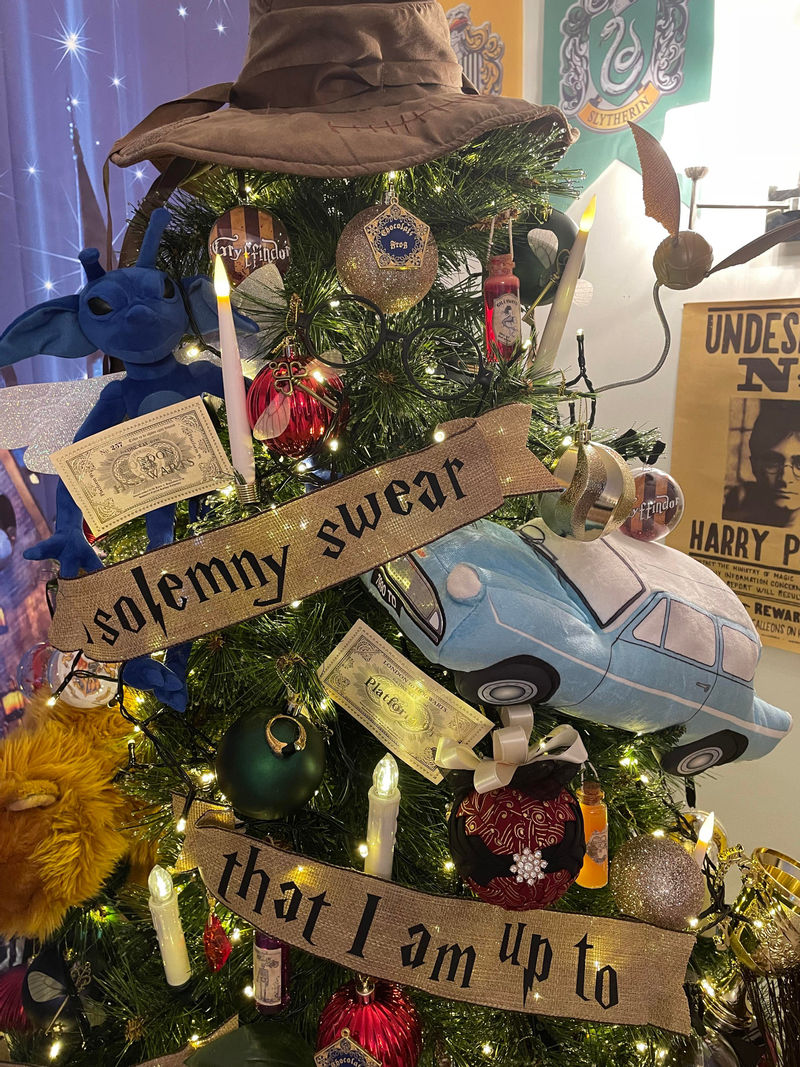 Kemi, who lives in north east Scotland, decided to celebrate the Harry Potter films’ 20th anniversary by collecting £600 worth of decorations from retailers like Aliexpress, Amazon, and eBay.

Though she altered some of the decorations herself, Kemi said the majority of them can be sold on in the future, so they’re really an investment.

Plus, she said she’ll add to the tree in years to come.

She told LatestDeals.co.uk: “My kids just love it and I think we will upgrade to an eight-foot tree next year and keep adding decorations.

“There are still things that I would like to add from the film to the tree so I need something bigger!”

Last year, the mum made a Grinch-themed Christmas tree, as her kids were then obsessed with the Grinch, but this year she went for something even more magical.

She said: "This year, however, the four kids took a liking to Harry Potter and loved watching the films, and I am Harry Potter crazy as well. We just love how magical it is.

"I am quite a creative person and when I get an idea into my head I give it 110%.

"It makes it even more wonderful seeing my children's eyes light up and just be in amazement with our tree.”

All together, the decorations cost £600, but Kemi doesn’t regret her purchases at all.

She explained: "It cost about £600 to buy all of the decorations, some being more expensive than others but if you buy bits and bobs over the year that would be the best way to tackle it.”

She started planning the tree decorations in the summer.

She said: "I started planning the Harry Potter tree from July 2021. I knew I had to get a backdrop of the Hogwarts castle in to give it the wow factor.

"I managed to get the background from Aliexpress for £25 which was a great price as it is 3m x 2m and nearly covers the whole wall.

"I started by writing down important elements from each film that I wanted to incorporate into the tree.”

She then made specific purchases so each film would be represented, and she recommended watching all the films and taking notes to make you get everything you could possibly want from each film.

She explained: “For Harry Potter and the Philosopher's Stone, I got Harry’s letter from Amazon, Harry’s trunk from Amazon and the Hogwarts Express from ebay.

“I got the train trolley from Argos, spray painted it gold and turned it into our hot chocolate station.

“The chocolate frogs were key rings I bought from Aliexpress and glued them to baubles.

“For Harry Potter and the Goblet of Fire, I got the Triwizard cup from Amazon, the polyjuice potion from Etsy and the Nagini toy snake from ebay.

“For Harry Potter and the Order of the Phoenix, I bought the room of requirement sign from Amazon.

“For Harry Potter and the Half Blood Prince, we got the liquid luck from Etsy and the gaunt ring from Aliexpress.

“For Harry Potter and the Deathly Hallows Part 2, I got the Hufflepuff Cup from AliExpress, the Ravenclaw Diadem Tiara from Aliexpress, and finally Harry Potter glasses to represent Harry as a Horcrux.”

Kemi and her children are very happy with the tree and the mum said it was all worthwhile.

"It was a lot of planning but so worth the outcome, I couldn’t be happier with our tree”, Kemi said. 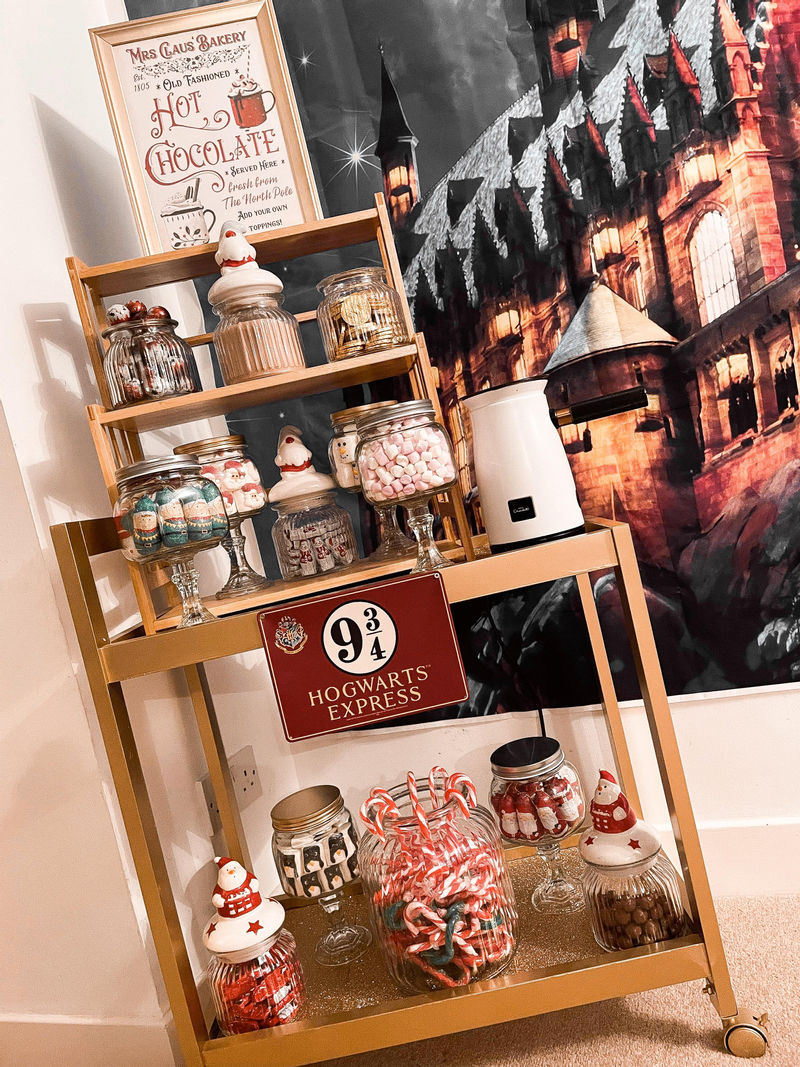 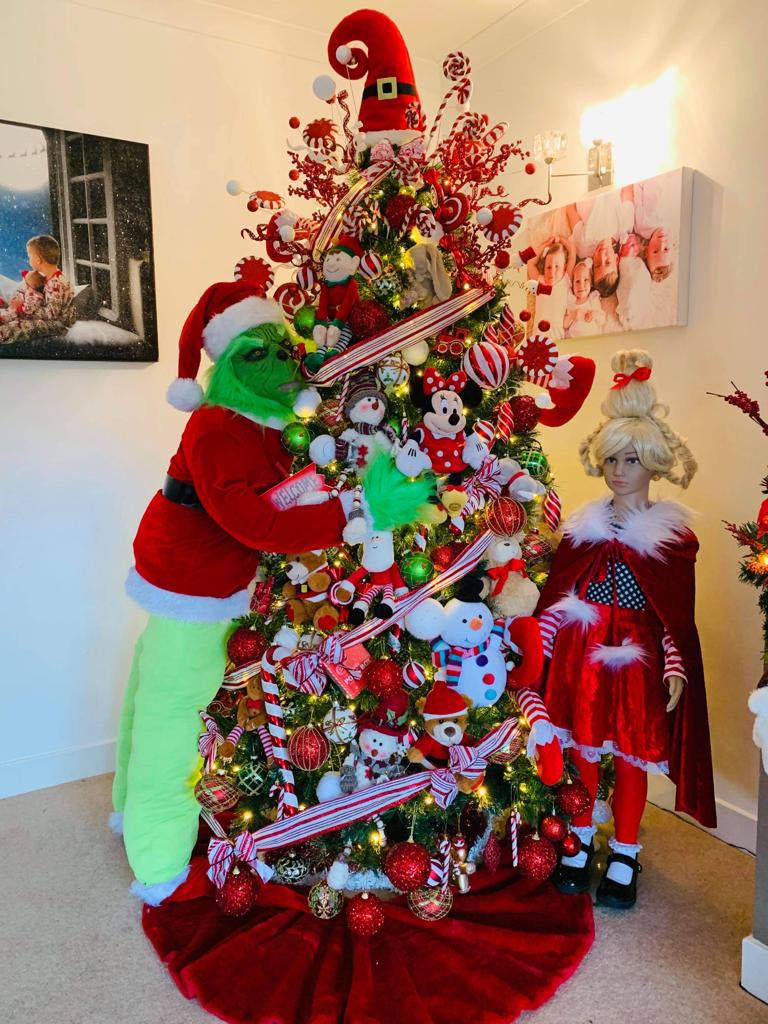 Meanwhile, a nursery worker revealed the the 9 gifts you should buy your kids this Christmas to keep them quiet.

And Britain’s biggest family The Radfords put first Christmas tree up after revealing they spend £5,000 on gifts for 22 kids.

We shared how a mum is spending £15k on her kids this Christmas.