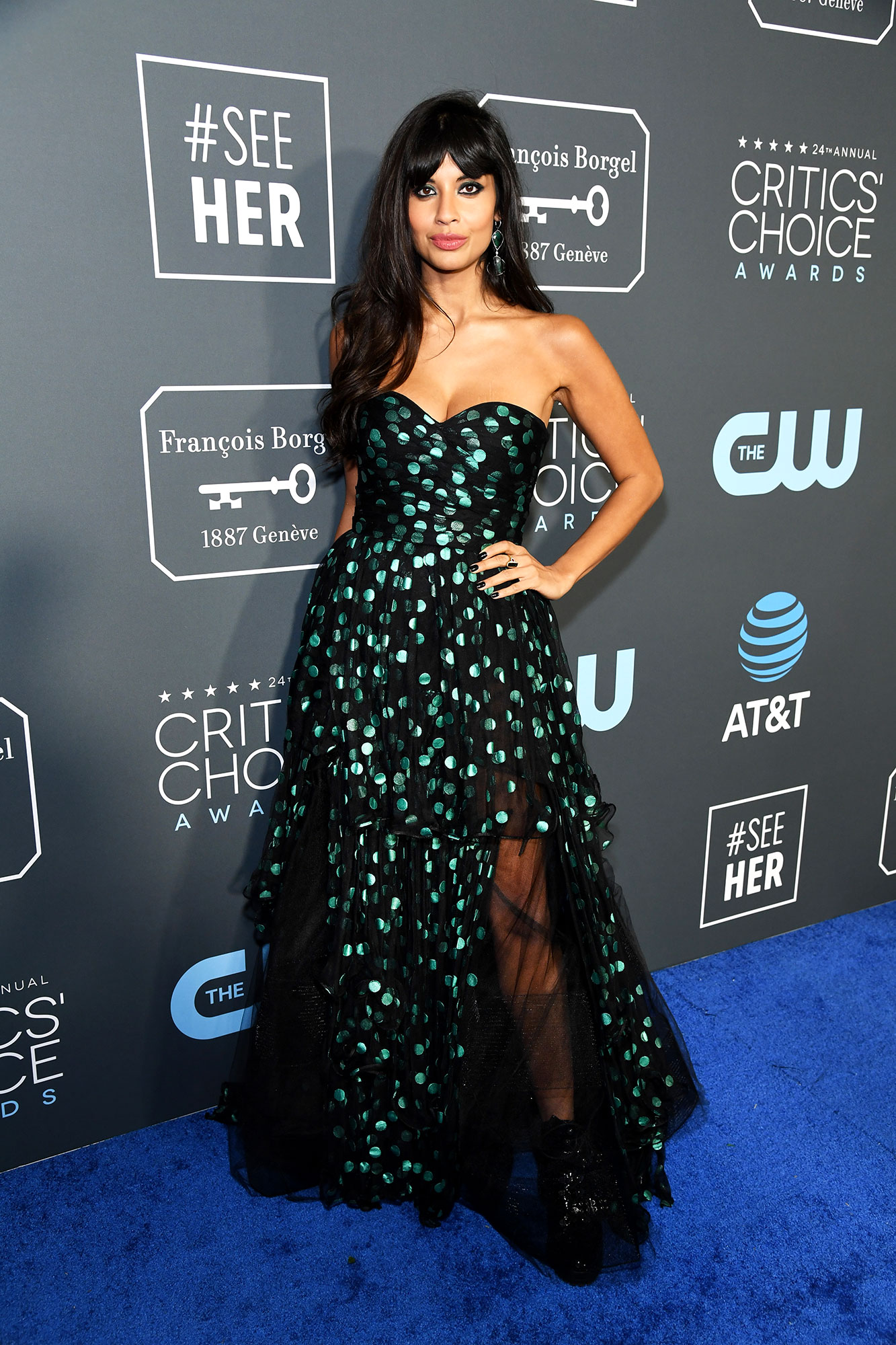 Jameela Jamil is the queen of red carpet comfort and we are taking notes. Only a week after she wore jeans under her Golden Globes dress, the Good Place actress hit the 2019 Critics’ Choice Awards red carpet on Sunday, January 14, in a pair of chunky black combat boots.

Underneath her strapless, black and green polka dot Oscar de la Renta gown, Jamil traded in sky-high heels for a pair of combat boots. Because, you know, foot pain is the worst.

“Oscar De La Renta. In comfort. Ankle boots. The British way. Ready for Critics Choice benches,” she wrote in a tweet showing off her unique footwear before hitting the red carpet.

Add this to the list of ways the actress is becoming a red carpet stand out. On Sunday, January 6, at the 76th annual Golden Globes, Jamil kept warm by wearing a pair of jeans under her pink Monique Lhuillier ball gown. “An experienced woman wears jeans under her golden globes gown because it’s forking COLD,” she wrote in a Twitter caption.

While her jeans pretty much stayed hidden at the Golden Globes, the tool on the Oscar de la Renta gown allowed her combat boots to make a visible appearance on the Critics’ Choice Awards’ red carpet sponsored by Lindt Chocolate and Fiji Water.

As much as we love a slim stiletto or Louboutin pump, we have to say, we’re loving this high-low mix and match. We can’t wait to see what other functioning fashion Jamil brings to awards season’s red carpets.

What is Parkinson's, how is it treated, what are the symptoms of the disease and is it hereditary?

What is the law of attraction?