Juicy Couture and Forever 21 are teaming up again.

The brands will launch another collection inspired by trends from the early 2000s, which follows the success of their first capsule release in March. The collaboration will include pieces such as scrunchies, bucket hats, Juicy Couture’s iconic velour tracksuits, sweatshirts, sweatpants, cropped tops and bike shorts.

The pieces will also be offered in colorways like brown, green, beige, pink, royal blue and tie-dye, and will be available in sizes ranging from XS to 2X for women, with prices starting at $17.99.

“From the time ABG acquired Juicy from 2013 to now, our focus over the last seven years has been on the heritage side of it, the Los Angeles style, the heritage pieces of those Hollywood days,” Alexandra Taylor, senior vice president of marketing at ABG, told WWD at the time.

​​While Juicy still holds a nostalgic place in young consumers’ hearts, the brand has made some considerable updates to its silhouettes, particularly its pants, which at its heyday were flared and low-rise.

“Our collections have evolved in the last 10 years, we offer a variety of silhouettes. Some are similar to the original with more of a bootleg instead of a flare, we have a high-rise jogger style, with pockets or not,” Taylor said.

The second Juicy Couture x Forever 21 collection will be released on Aug. 3 on the Forever 21 app and in-stores nationwide on Aug. 12. 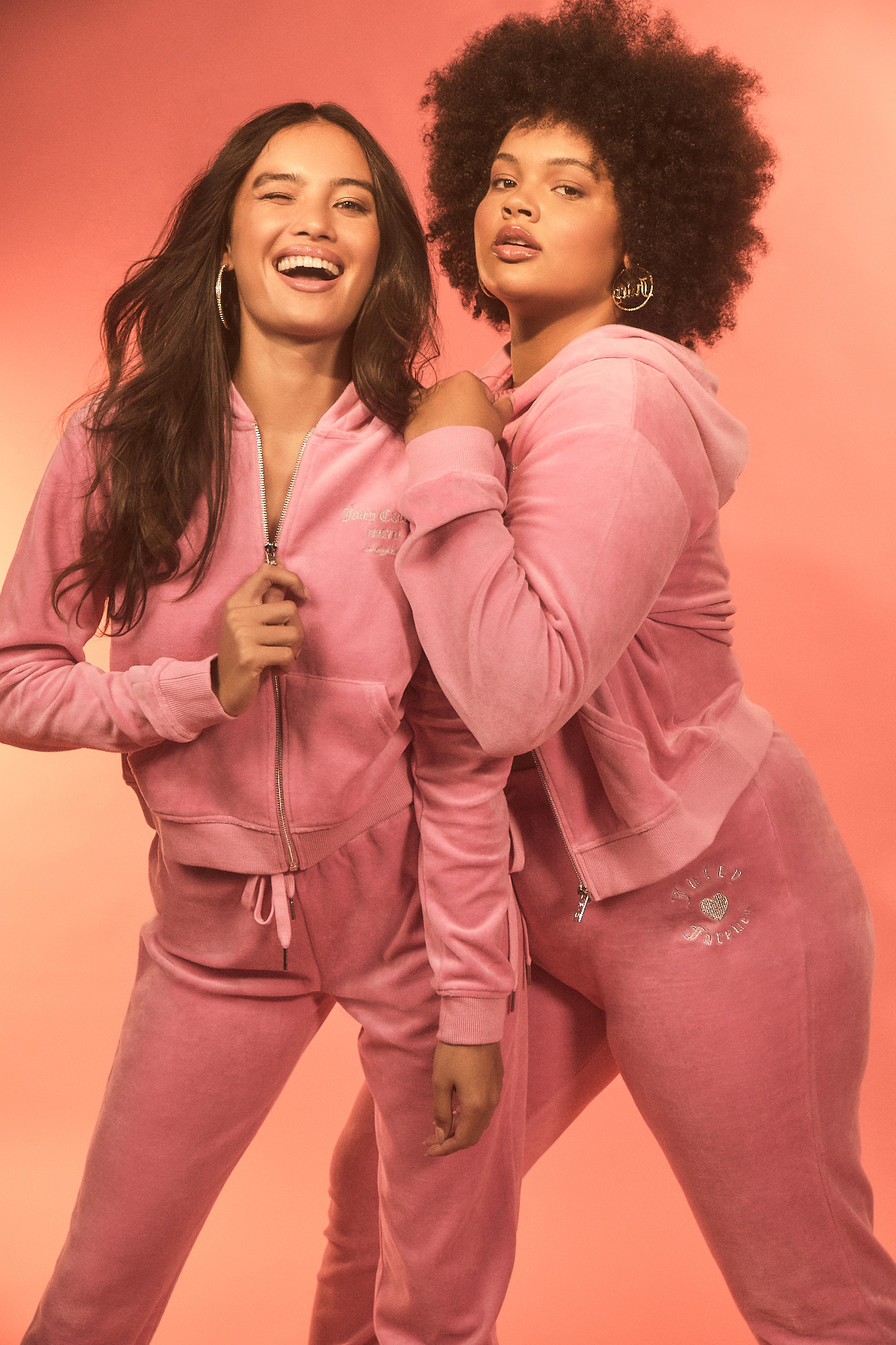 A closer look at the second collection from Juicy Couture x Forever 21. Courtesy of Forever 21 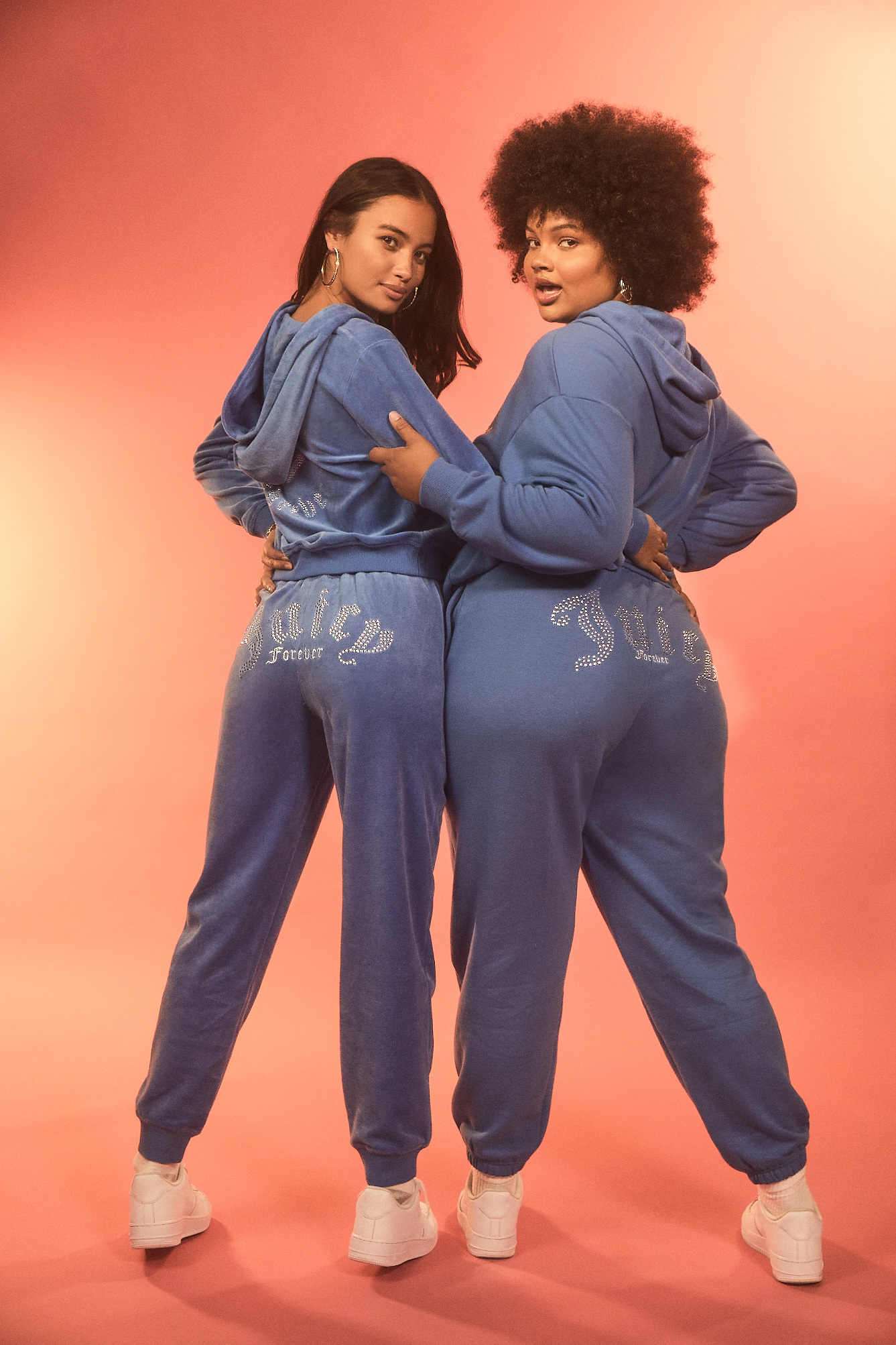 A closer look at the second collection from Juicy Couture x Forever 21. Courtesy of Forever 21

It’s the 25th Anniversary of the Juicy Couture: A Look Back at the Celeb-Fave 2000s Look