Kate Middleton and Prince William give thanks to key workers

The Duchess of Cambridge is famous for her fashion-forward style, managing to combine both classic elegance and modern trends. According to data for searches following fashion appearances, Kate Middleton has beaten both her sister-in-law Meghan Markle and TV starlet Holly Willoughby to the top spot.

Topping the list was Prince William’s wife after she made an appearance in a multi-coloured, floral dress from Faithfull The Brand.

The Duchess appeared in the dress during the summer at a socially distanced event at children’s hospice the Nook in Framingham Earl, Norfolk.

According to the experts, the dress saw a 112 percent spike in sales after she was pictured wearing the stylish number. 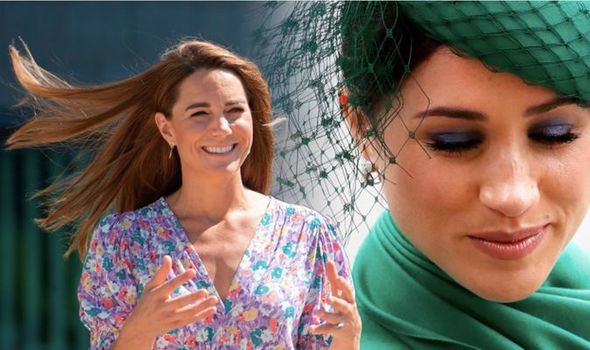 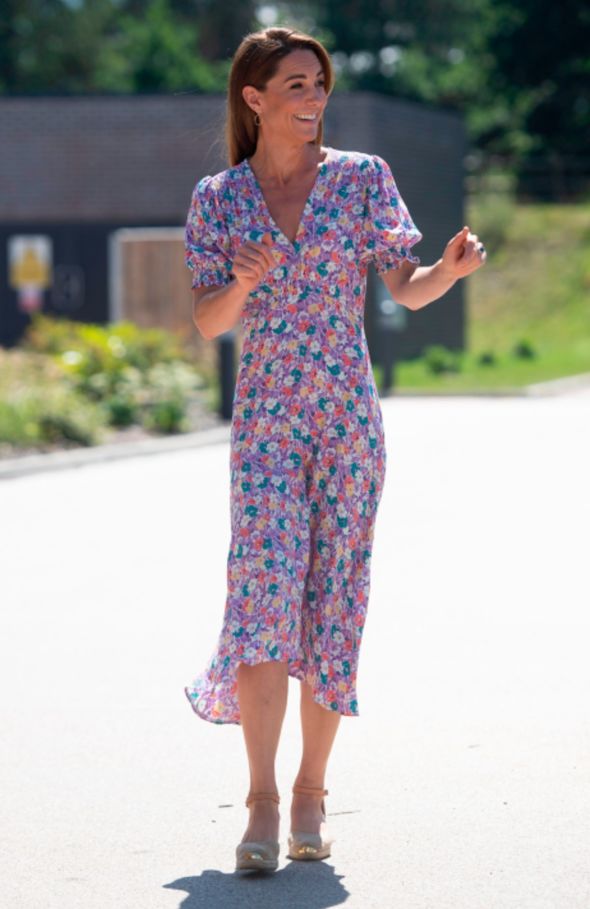 The dress, named the “Marie-Louise” reportedly sold out in under 24 hours after Kate was seen wearing it.

At the time, the Australian owners of the store said they were “flattered” she opted to wear one of their designs.

The brand is well within reach for many, stocked by the likes of ASOS and Selfridges.

Another popular item worn by Kate was a white, scalloped cardigan which she wore on a virtual appearance.

Of course, Prince Harry’s wife Meghan also made it onto the fashion “influence” list.

The stylish former-actress is dubbed as having the “Meghan effect” following a number of garments selling out after she was photographed wearing them.

One of her most popular fashion moments of the year came when she was pictured wearing a pair of utility-style khaki joggers. 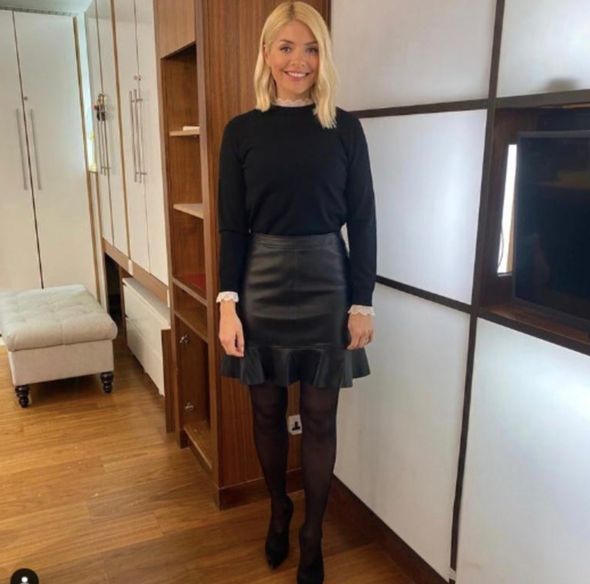 According to the Love the Sales experts, the appearance saw searches for utility joggers rise 74 percent on their website.

The Royal Family weren’t the only ones to inspire shoppers this year though.

This Morning presenter Holly Willoughby was also highlighted for her influence on shopping trends.

She regularly posts her outfits on Instagram, linking to where various garments are from.

Thanks to her stylish ensembles, Holly came as a runner up to Kate Middleton for the most searched for trendsetter.

Her most popular look was a £38 faux leather skirt, which she wore in March with a black jumper.

After she posted the outfit to her social media account Lovethesales.com saw an increase in searches for leather skirts by 82 percent in 48 hours.

Love the Sales also say searches for floral and polka dot went up after the mother-of-three was snapped wearing them.