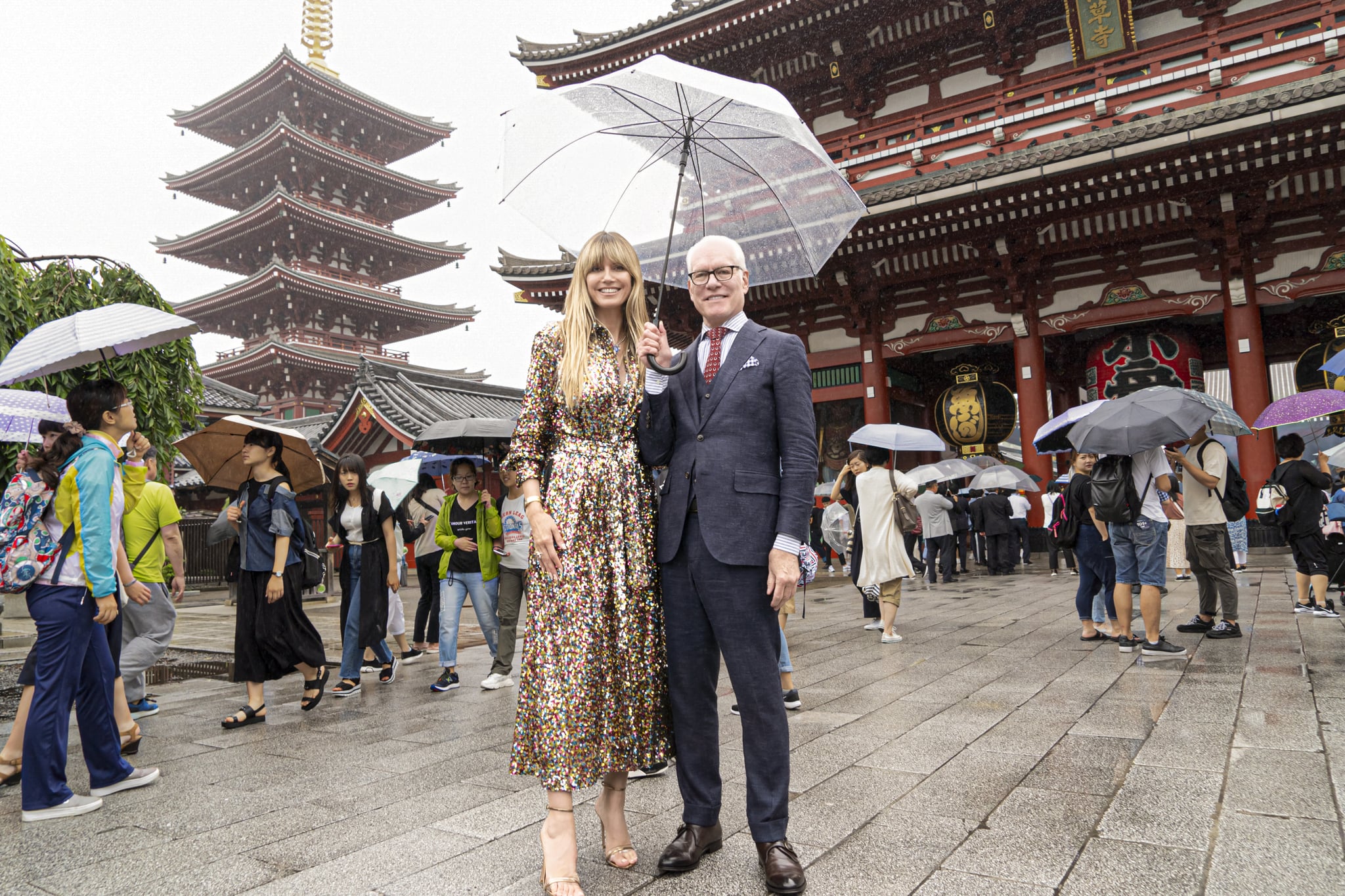 Episode six of Prime Video’s Making the Cut continues in Tokyo! Heidi Klum and Tim Gunn serve up the next challenge: create two looks that represent the concept of opposing forces. It can be whatever the designers interpret that as, whether it be the past vs. the present, masculine vs. feminine, good vs. evil, etc. When the looks are complete, the designers will show them in a very modern way: with an immersive digital showcase. Their creations will be worn on models walking down a staircase with different projections as a backdrop.

Once the contestants find their inspiration, they buy fabrics and head back to the studio to get started. Esther Perbandt goes outside of her comfort zone of all-black looks and chooses to create a gold ensemble. Sander Bos reluctantly tries to make an accessible design, even though he doesn’t feel he should sacrifice his aesthetic.

Gunn checks in with all the designers the next morning, and he’s concerned with the silhouette of Rinat Brodach’s first look. He also thinks Ji Won Choi has too much going on with her accessible outfit. The contestants rush to finish everything before the runway show, which begins that evening. Naomi Campbell, Joseph Altuzarra, Chiara Ferragni, and Heidi Klum arrive to the studio to view the design showcase, and all the looks are revealed.

The judges sing the praises of Bos’s mini collection — he pushed himself and proved he has a strong point of view. In the end, he wins this week’s challenge! Brodach is criticized for the unflattering cuts of her pieces, and the judges are concerned that they still don’t know who she is as a designer. She is eliminated from the competition, even though Campbell advocates to keep her. The preview for episode seven teases loads of drama, so we can’t wait to see what happens next.

Where Can I Watch Making the Cut?

Make sure to catch Making the Cut on Amazon Prime — if you don’t have a membership yet, you can get a free 30-day trial today. Two new episodes drop every Friday.