YOU couldn't imagine your mum telling you not to propose to someone. But that is exactly what happened to this man.

Posted on TikTok the man reveals that his mum stopped him from proposing to his girlfriend. 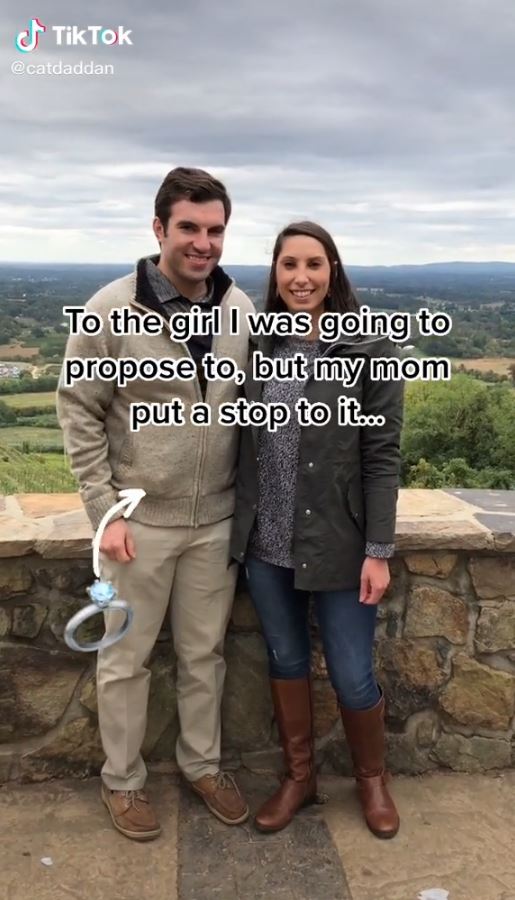 Dan, who posted on his TikTok channel, catdaddan said his mum put a stop to the proposal just as he was getting ready to do it.

In the video, it shows him and his girlfriend along a scenic route and a wall behind them, surrounded by family and friends who are filming the couple.

You can see Dan go to reach in his pocket for which can only be the engagement ring he had planned to give her.

In the background you can hear his mum saying; "no, no, no."

Instead of taking the ring out of his jacket pocket he leaves it and walks towards his family.

In the title he writes: "My dad didn't know what to do, so he just kept recording."

The next clip shows his girlfriend standing on the wall and his mum telling her to get down.

People in the comments were shocked by the video and all agreed his girlfriend had a lucky escape from her potential mother-in-law.

One user wrote: "She got lucky then. Who wants to marry someone that lets mom pick out their wife?"

Another wrote: "Lucky girl. She dodged a controlling MIL and a husband with no backbone."

A third user asked: "Was your mom okay with you posting this?"

In response, Dan uploaded another video of his mum reacting to the comments, which clearly shows the entire video was a bit of a joke.

In the video his mum is laughing and saying how mean the comments are.

Luckily, for everyone involved they could see the funny side.

Dan and his girlfriend actually did get married.

In another video, responding to the comments about his girlfriend having a lucky escape, Dan explained the situation.

He said: "So I dodn't propose in that moment for obvious reasons.

"But she didn't get too lucky, and to commemorate the moment, we ended up taking our engagement photos on the wall."

Dan hasn't said why his mum didn't want the proposal to happen there, but the family all see the funny side even if TikTok users didn't. 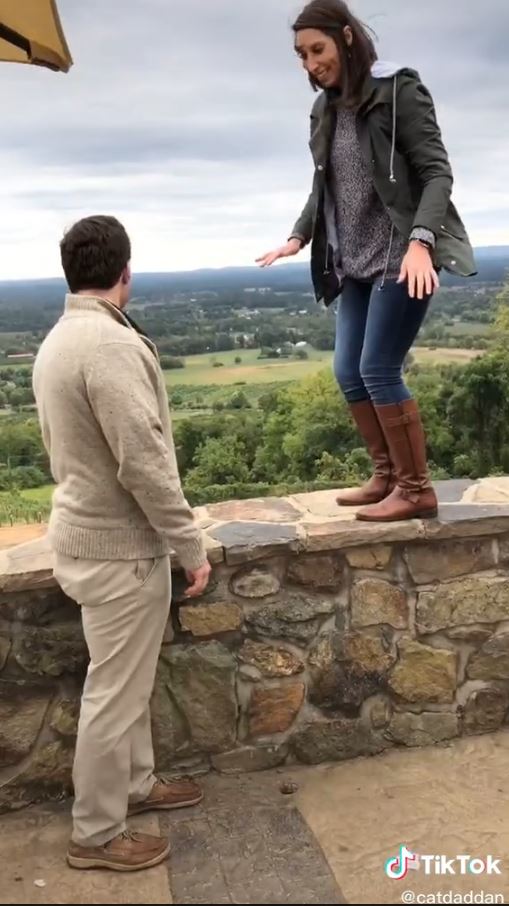 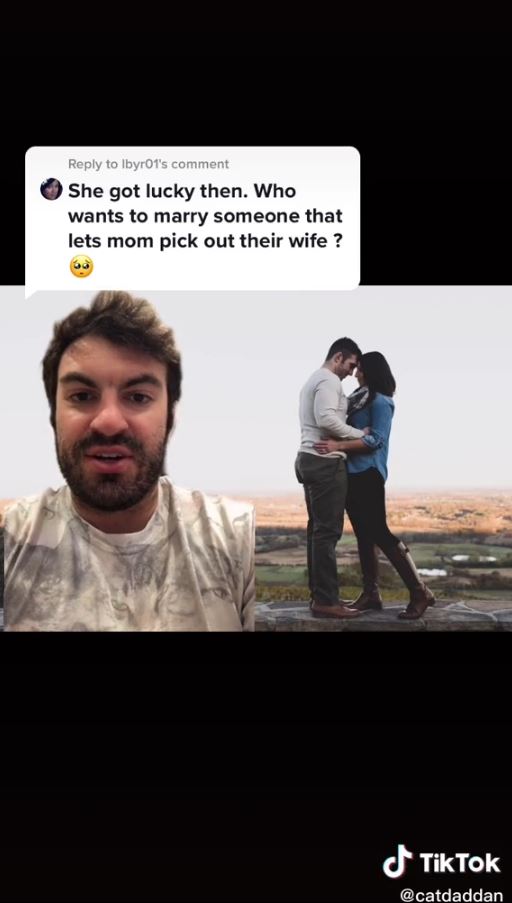 Plus my date told me I looked ‘fatter in person’ then texted me ‘worst date ever’ when I left, I’m so done with men.

And the 'trashy' way this bloke found out his wife was sleeping with another man.

Meanwhile this woman wore a white maxi-dress to her blind cousin's wedding, because she thought she would never know.

Horoscope today, Monday August 9: Daily guide to what your star sign has in store for your zodiac dates