While coming face-to-face from the men who she’s eliminated on her season of ‘The Bachelorette,’ Michelle Young looked incredible in a gold dress.

Michelle Young has some questions to answer during the Dec. 6 episode of The Bachelorette. The episode will feature the Men Tell All reunion show, where some of the men who Michelle previously sent home return to spill the tea. Michelle also appears to come face-to-face with the guys, and in pre-released photos from the episode, she looks absolutely stunning. 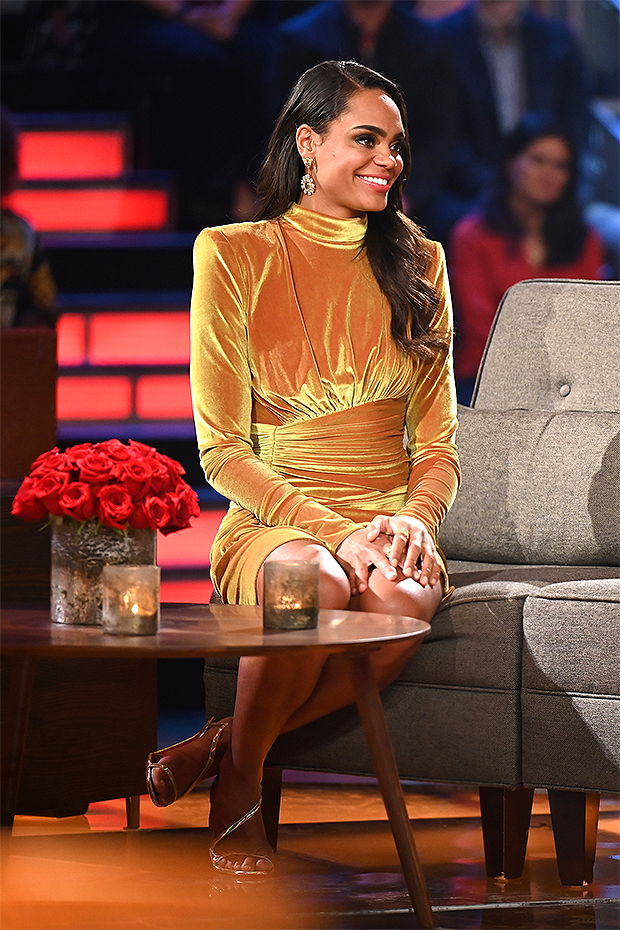 For the special, Michelle wears a gold velvet dress with long sleeves. Her hair is styled in curls and parted to the side. Her makeup is complete with dark eye shadow, and she accessorizes with dangling earrings. She is joined by her season’s hosts, Tayshia Adams and Kaitlyn Bristowe, who are leading the question and answer session.

On season 18 of The Bachelorette, Michelle started out with 30 men, and has now narrowed it down to just three: Nayte Olukoya, Joe Coleman and Brandon Jones. The rest of her journey will play out during the upcoming Dec. 14 and Dec. 21 episodes, but first, she will have to confront the guys she eliminated. That includes Rodney Mathews, whose family Michelle met during hometown dates on the Nov. 30 episode. She’ll also reunite with Rick Leach, who she sent home in tears one week prior. 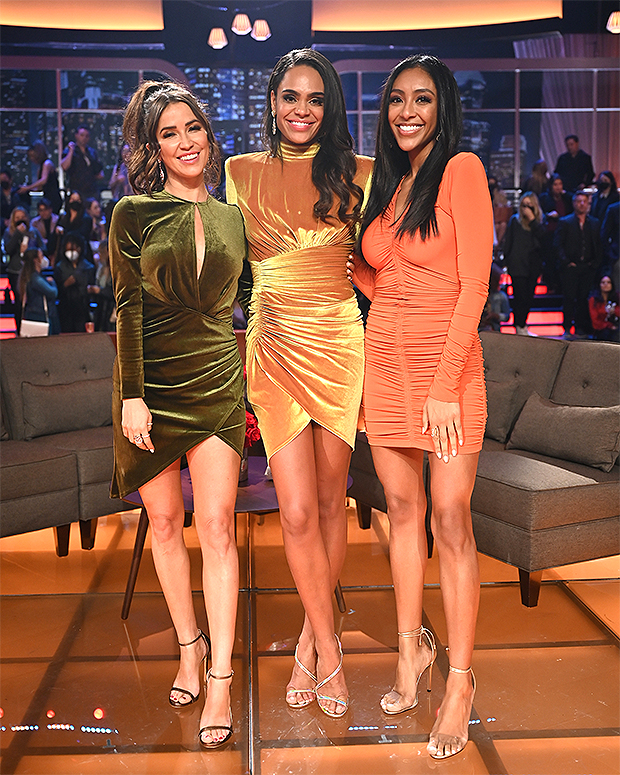 As Michelle’s season winds down, another Bachelor Nation show is about to begin. Another one of Michelle’s contestants, Clayton Echard, will make his debut as the Bachelor during season 26 of The Bachelor on Jan. 3. Clayton will also be in attendance at Men Tell All, but he and Michelle have already proven that they’re on good terms. In fact, they both attended the KIIS-FM Jingle Ball concert in Los Angeles earlier this month to promote their respective seasons, and they even posed for a photo together.

Michelle was previously a contestant on Matt James’ season of The Bachelor in early 2021. She was Matt’s runner-up, but returned for her chance at love on The Bachelorette. Now, fans will have to wait and see whether Michelle finally gets her happy ending!

Meghan Markle’s Favorite Affordable Flats Are Getting A Makeover