IT'S happened to the best of us – you turn your back for a split second and your curious toddler gets into something they shouldn't, often causing a trail of destruction.

For one mum though, her little one thought to play an innocent game ofdress ups and completely covered herself, the carpet and the furniture in water-resistant make-up – which proved impossible to remove. 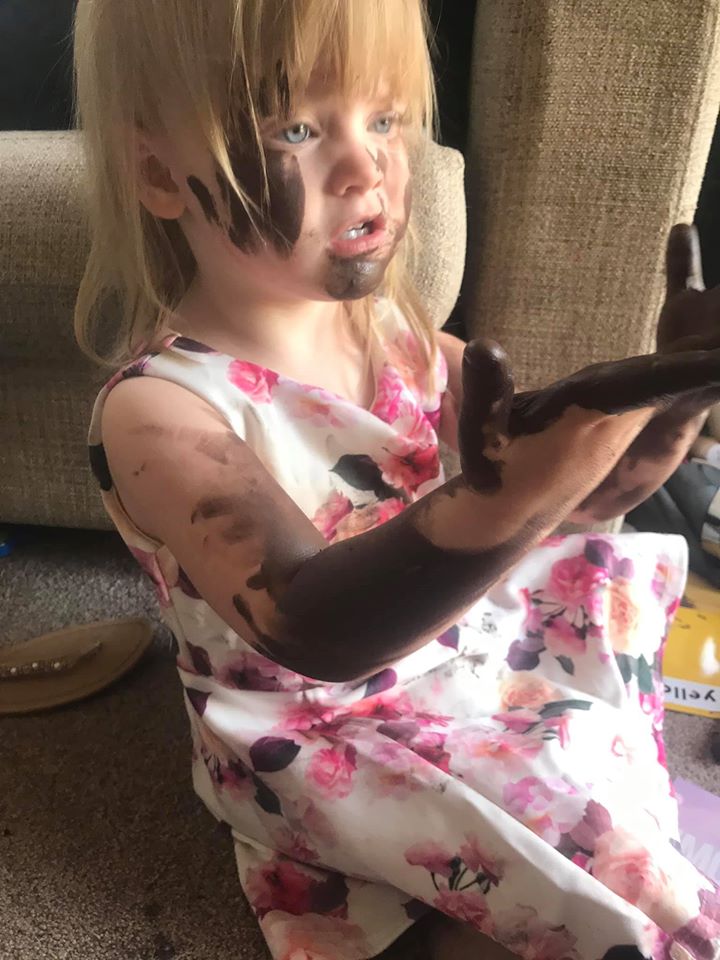 After immediately trying to remove the popular brow gel from Anastasia Beverly Hills, mum Char Offley sought out help online asking members of the Hinch Army Cleaning Tips group how best to remove the water-resistant gel from her furnishings – and 2-year-old daughter Ava.

Understandably frustrated yet highly amused, Char shared some adorable snaps of her make-up-covered daughter who appeared almost as defeated as her mum after attempting to clean up the disaster.

She wrote: "Can someone please advise on how to get water resistant eyebrow gel off of my carpet and arm chair.

"Makeup remover not helping! I’ve got the majority off of my child but no hope for the carpet." 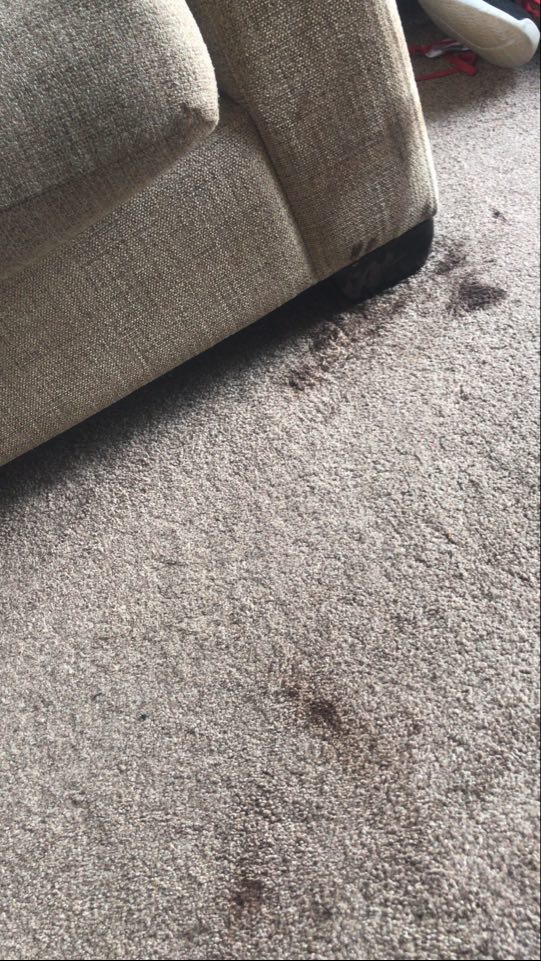 And hilariously added: "Don’t panic, I’m not mad at her I thought it was funny! just more annoyed that I’ve only just bought the stuff and it took 13 days to be delivered. "

Char also shared with Fabulous a snap of her beige carpet and grey arm chair which both fell victim to the toddler's antics.

Speaking with Fabulous, Char confirmed that she managed to remove the stains from her arm chair using the beloved Elbow Grease but says, "I’ve not managed to get it off the carpet yet, but I’ll try a bleach mixture later on when the girls are in bed as it’s a polypropylene carpet."

She also added: "It came off right away with Elbow Grease! But it didn’t touch the carpet! I also tried vanish foam but that didn’t work either!"

As for her daughter, who seemed to get the most of it, Char told us: "I managed to get it off of Ava with lots of Clinique Take The Day Off Balm, and fairy liquid!" but admitted that "it did take a while." 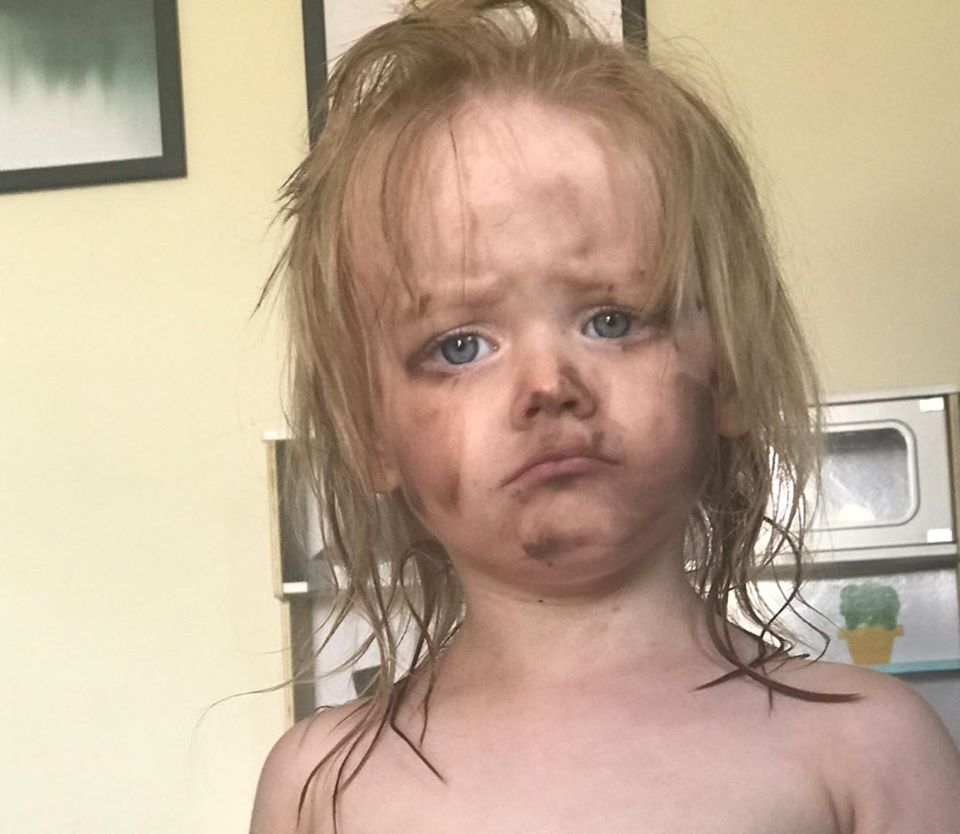 Members of the group rushed to Char's aid and offered a range of suggestions to remove the stains.

For her daughter, many suggested Body Shop's Chamomile cleansing balm, where as Elbow Grease was a stand out choice for her carpet and fabric.

Meanwhile many others couldn't help but laugh at the situation, passing comment on the toddler's mischievous facial expression.

"Omg I shouldn't laugh but look at her wee face," one person said, "I have no advice sorry apart from keep those pictures for her 18th party." 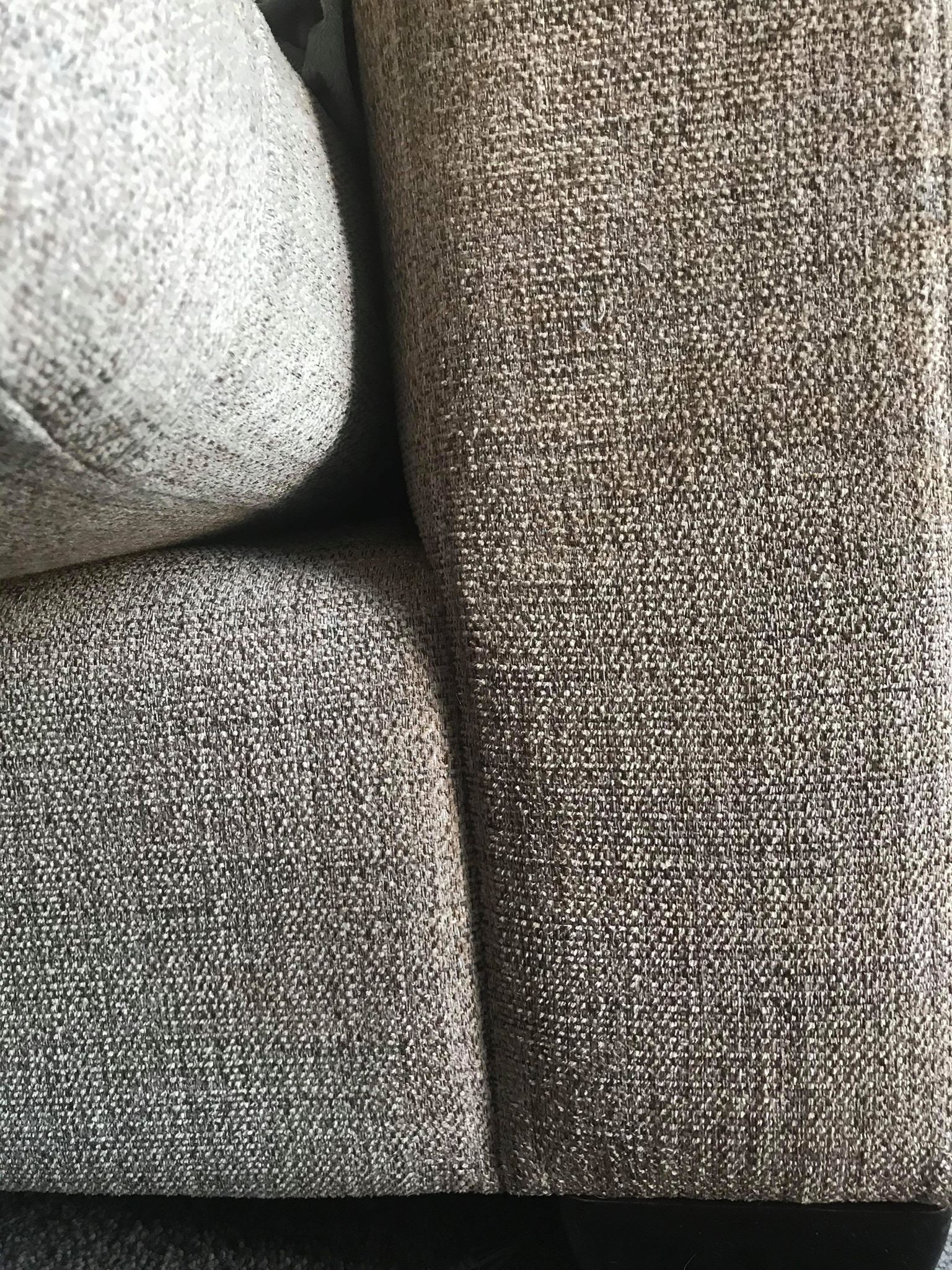 And another added: "Oh dear, sorry but it is funny .Have you tried elbow grease washing up liquid."

Others also joked about the brow gel's "incredible" staying power with one person saying: " at least you know your brows will be on for days if your little diva left you any to try."

Upon first noticing what had happened, Char told Fabulous: "My first thoughts were 'oh my god what is that?!'I didn’t know what it was until I realised she was sat on top of my makeup bag!"

"I’m not too fussed about clearing up the mess, more that I’d only just bought it and I didn’t have any left," she joked, "but I guess the good thing is it’s a cracking review for Anastasia Beverly Hills, really shows it’s staying power and water resistance."

In other parenting news,  a mum-of-quintuplets said it’s ‘impossible to raise eight kids and not lose each other’ as she revealed her marriage split.

And mum-of-six says mums should treat themselves to boozy weeknights – because ‘who cares if the kids are late for school?’

Selena Gomez Owns So Many Sexy Heels, We Simply Must Shop Them All

Stars Slaying In Bikinis At Coachella: Sexiest Looks At Parties & By The Pool