A MUM whose hair fell out due to stress after losing her job has told of the heart-breaking moment she decided to her her boyfriend shave her head.

Within three weeks of losing her job as a care worker due to the coronavirus pandemic, Charlotte Collins's hair started falling out in clumps. 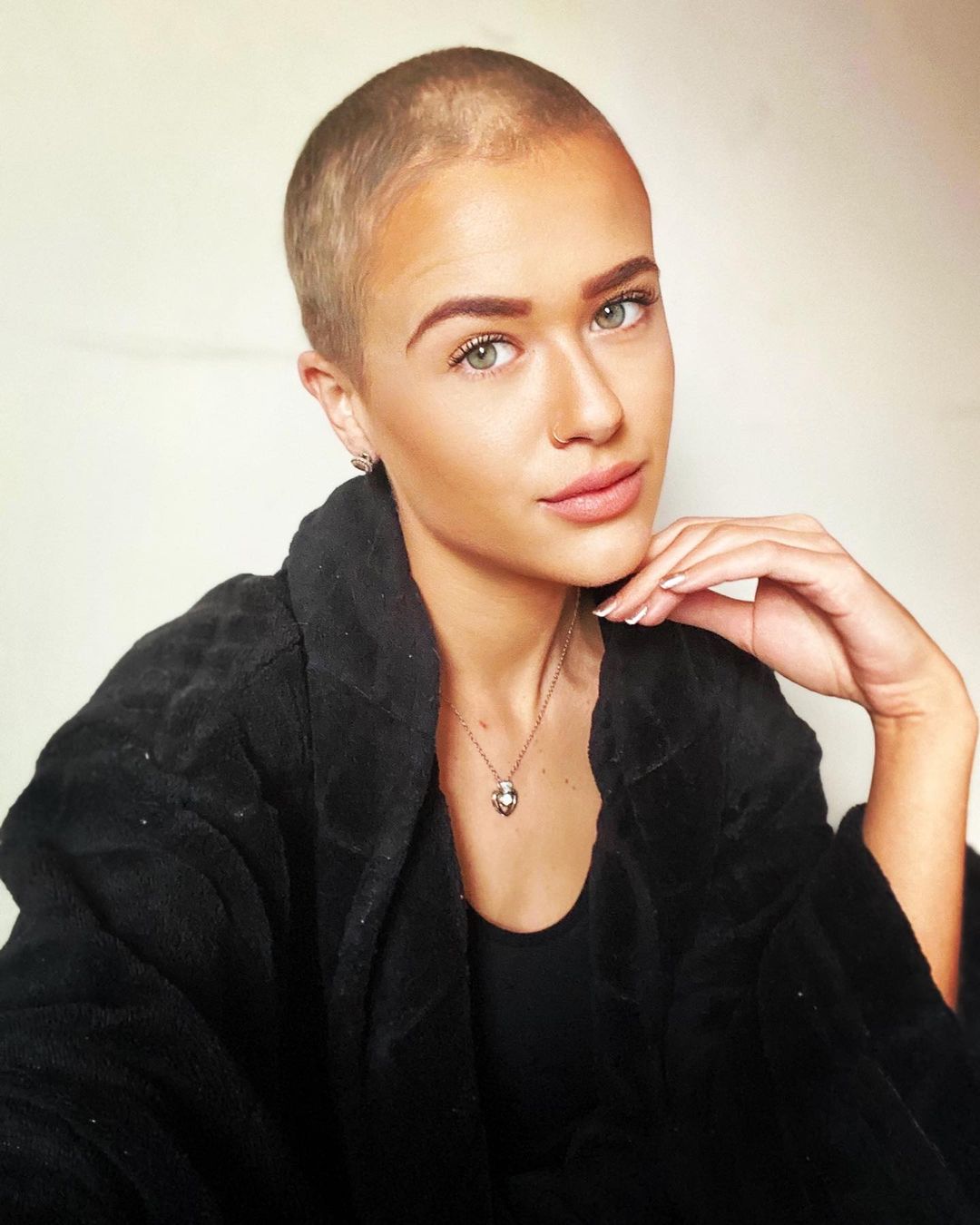 The 26-year-old was left with no choice than to shave her head, allowing her partner Theo, also 26, to do the honours.

Recalling the ordeal, she said: "I knew my best chance of it growing back all over was to shave it all and Theo was the only one I would have trusted to do it.

“He is the most supportive person and has been my rock throughout the whole ordeal.

"While we were shaving my head, as much as our hearts were breaking, we tried to make it as light-hearted as possible and he made sure I was smiling the whole way through." 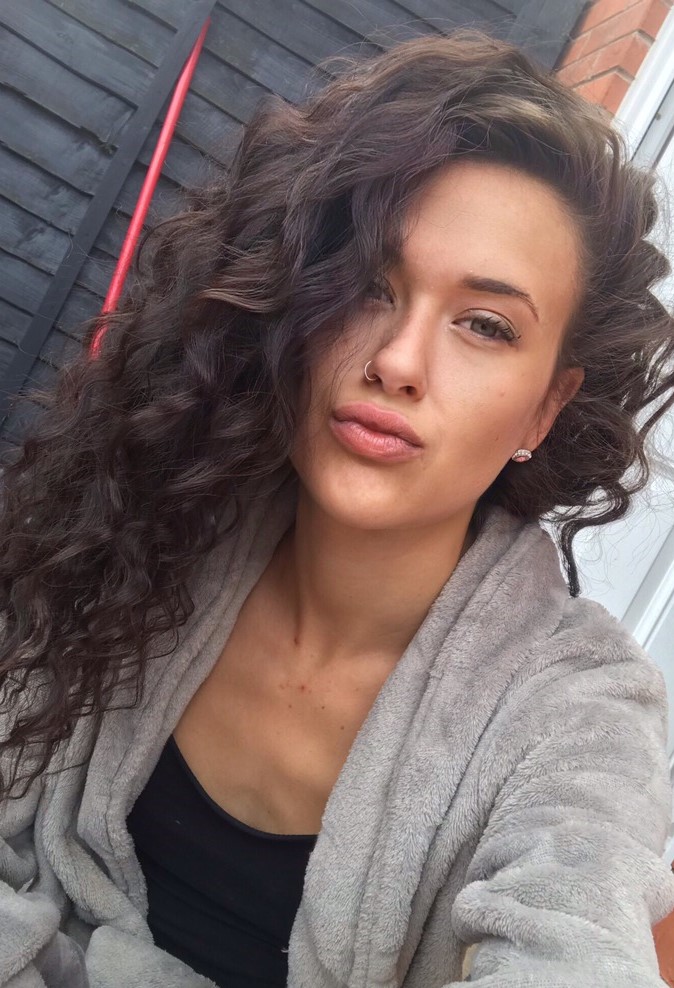 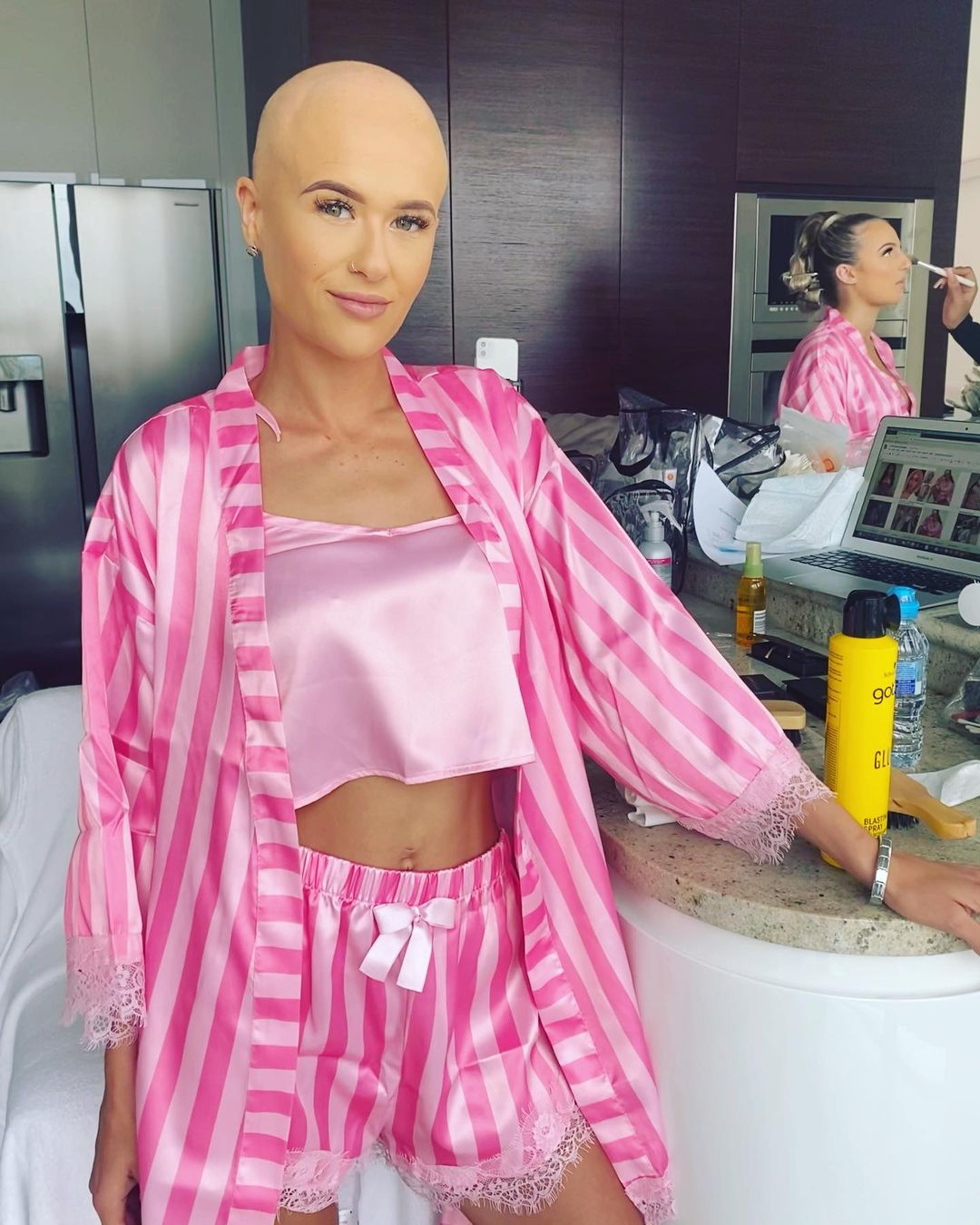 During the first nationwide lockdown in March 2020, Charlotte had lost her job after being moved between care agencies without time for her to be trained which she believes may have contributed to her hair loss.

Charlotte, who is mum to kids Monnie and Riley, continued: "Over the space of three weeks, I lost about sixty percent of my hair, leaving me with thick sides and only a few strands on the top. More and more bald patches appeared slowly across the top of my head.

“I didn’t even have to touch my hair and it would shed from my head. Even standing still, I’d look down and see a pile of hair on the floor behind me regardless of whether my hair was up or down.

“Most of the time, I was wearing a hat to cover the patches. If I ran my fingers through my hair, I would get handful after handful of loose hair and it got to the point where I didn’t dare touch my head.” 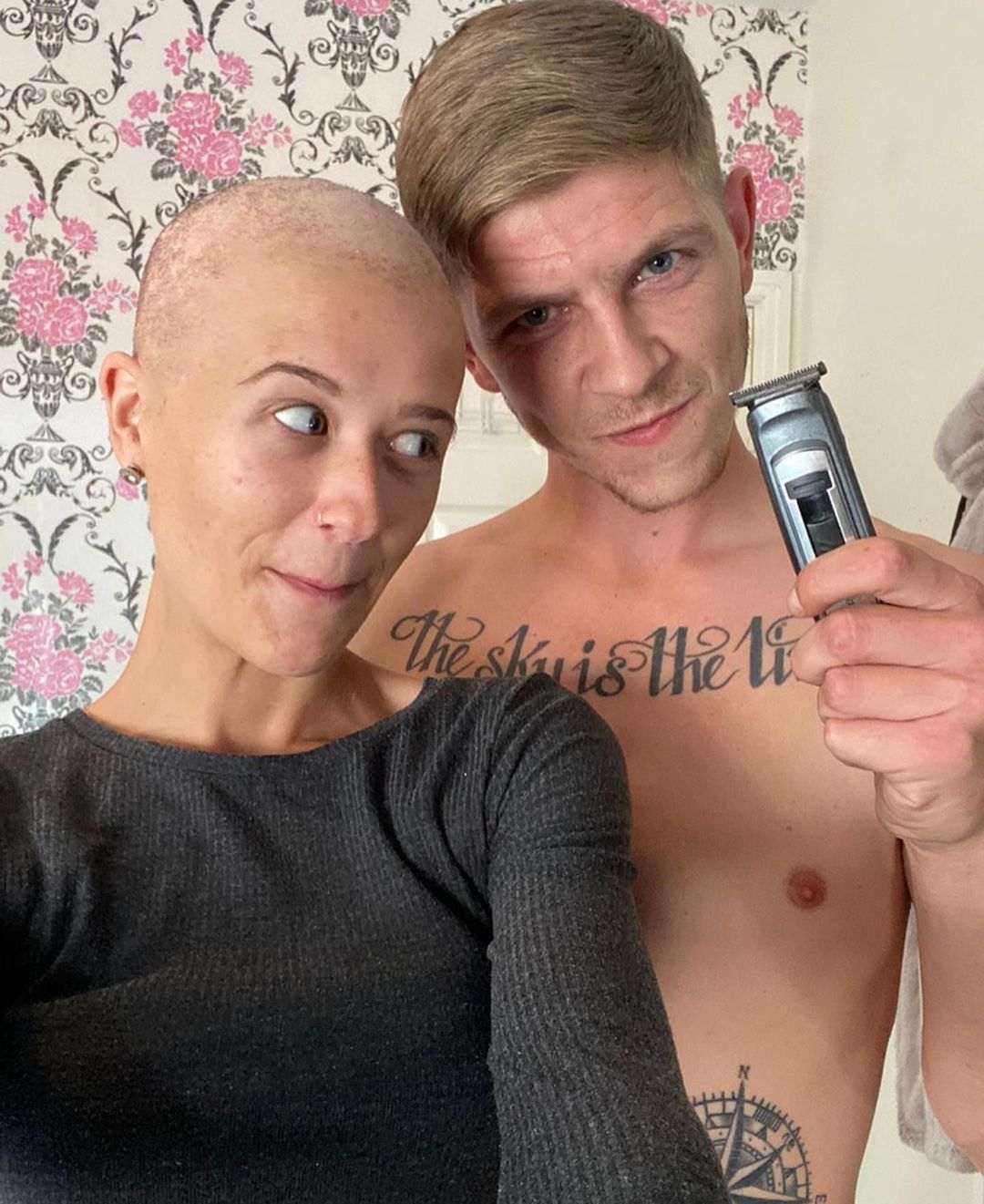 Theo spotted a bald patch in Charlotte's thick, natural hair in July 2020, which sent her running to the GP to have herself checked out.

Charlotte, who comes from Leicester, had a blood test done but in the week it took for the results to come in, the patch had tripled in size.

The blood work came back clear and her doctor explained she most likely had developed alopecia caused by stress.

Within three weeks, Charlotte had lost 60 percent of her hair, leaving her with thick sides but only a few strands of hair on the top of her head.

She noticed hair would fall out without her touching it and even when she was standing still, Charlotte noticed piles of hair on the floor around her. She started wearing a hat to cover the baldness. 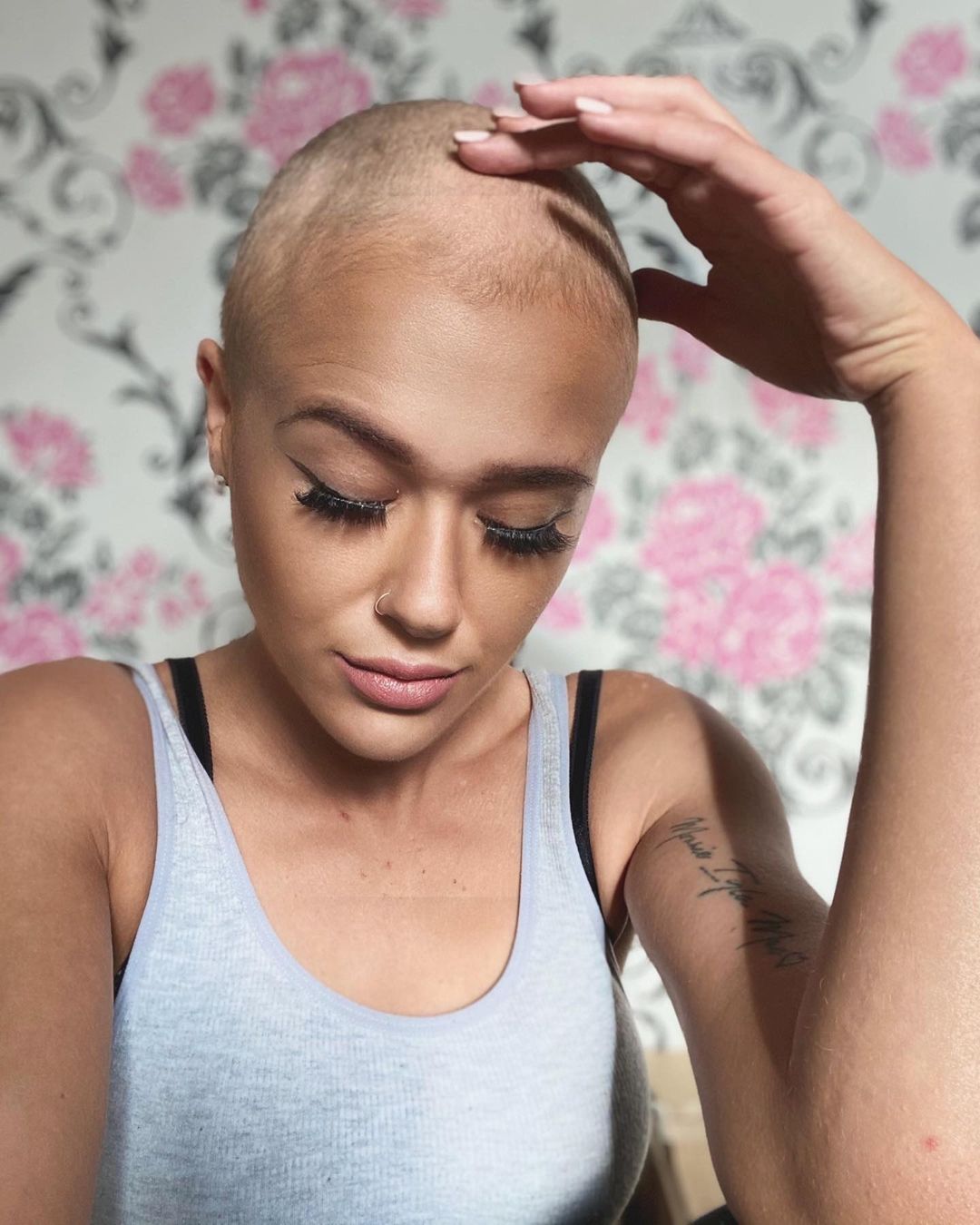 Her scalp became sore and sensitive and she didn’t dare touch her head in case more hair fell out.

The whirlwind three weeks left Charlotte feeling horrendous, and she felt that looking unwell with the large patches made her actually feel poorly.

She tried to cover her patchy head with wigs and hats but found them uncomfortable and even painful.

In early September 2020, a dermatologist consultation confirmed Charlotte had alopecia areata – where the hair falls out in patches due to the immune system attacking the hair follicles. The cause is unknown, though it has been linked to stress.

She entrusted the task to her partner of two years – her ‘rock’ throughout the whole ordeal – and they filmed the experience shaving her head. Charlotte had to stop Theo from shaving his own head afterwards in a show of support.

She said : “As soon as it was done, he tried to put the clippers to his hair and I had to stop him – I definitely don’t want him to be bald too and go through what I have but he is my biggest supporter and is constantly complimenting me and checking I’m OK." 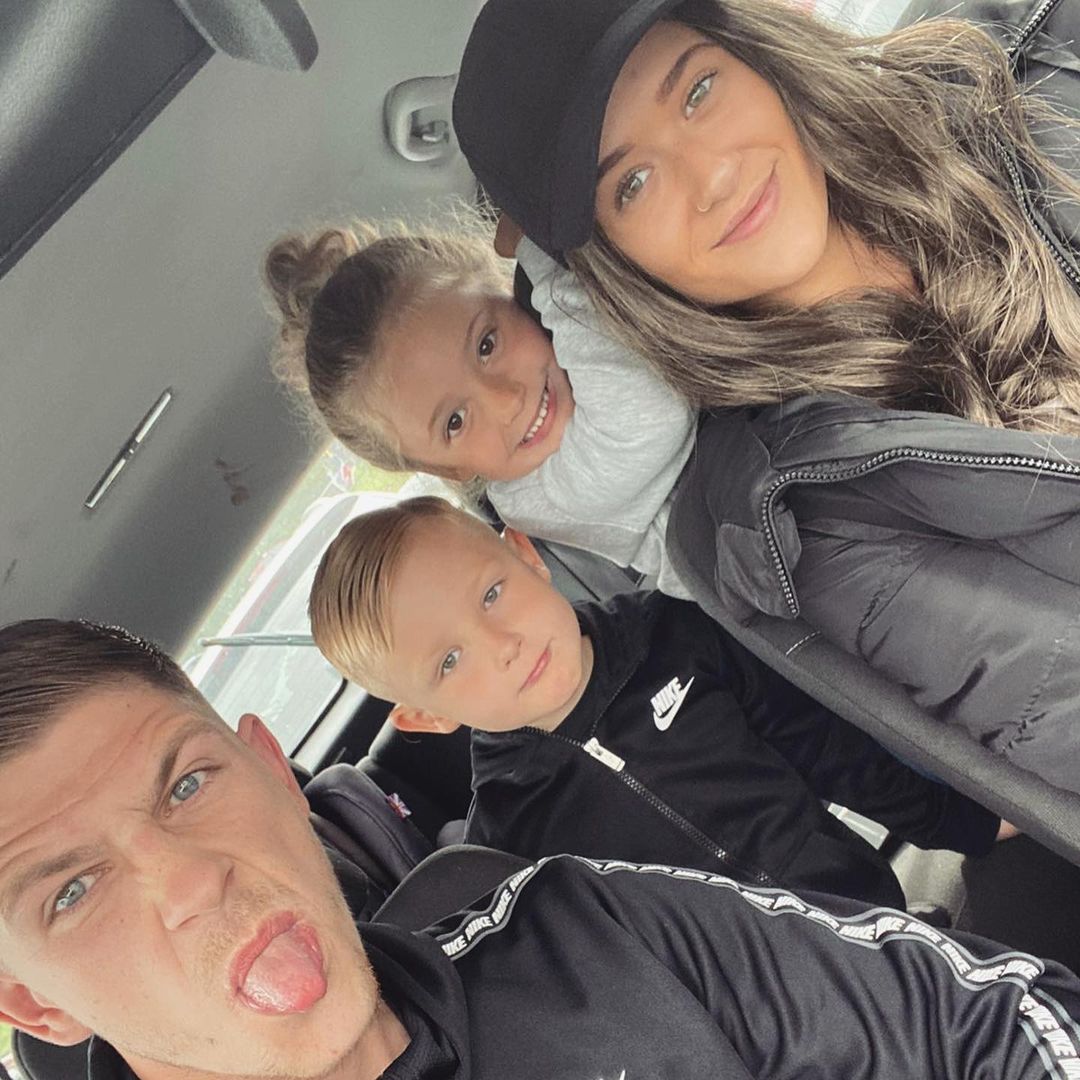 She added: “Two days after we shaved my hair, I decided to post a photo of myself bald on Instagram. I didn’t see why being bald should stop me being active on social media and sharing special memories with my family.

“I didn’t want to be ashamed or hide away, and the only opinions that mattered to me were Theo’s, my friends and families. I mostly wanted to show other bald ladies to not be ashamed either.

“I posted the video of Theo shaving my head on TikTok and got so much support which was great. Although sharing my story was hard, shaving my hair was harder because my opinion of myself and self-love matters the most.” 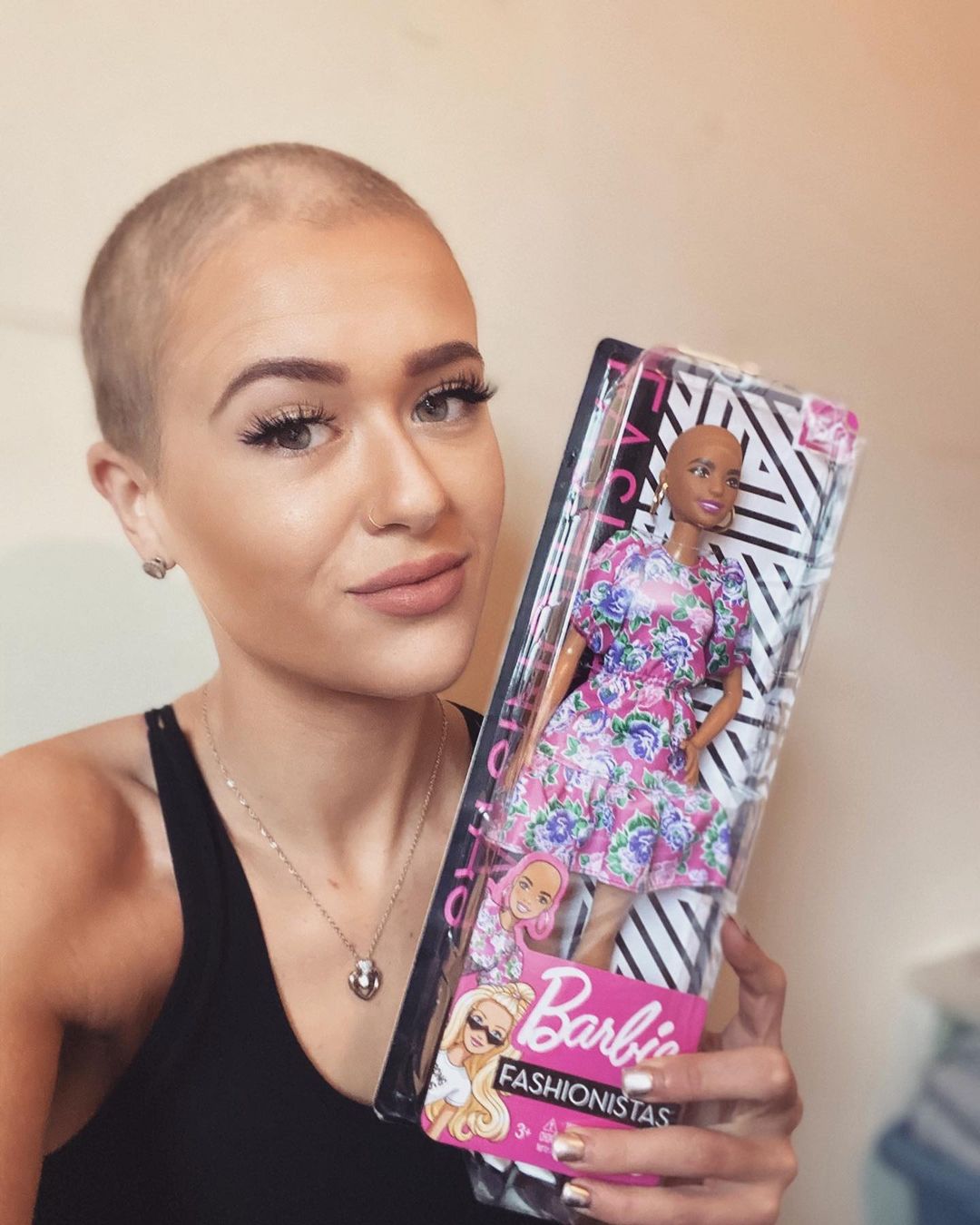 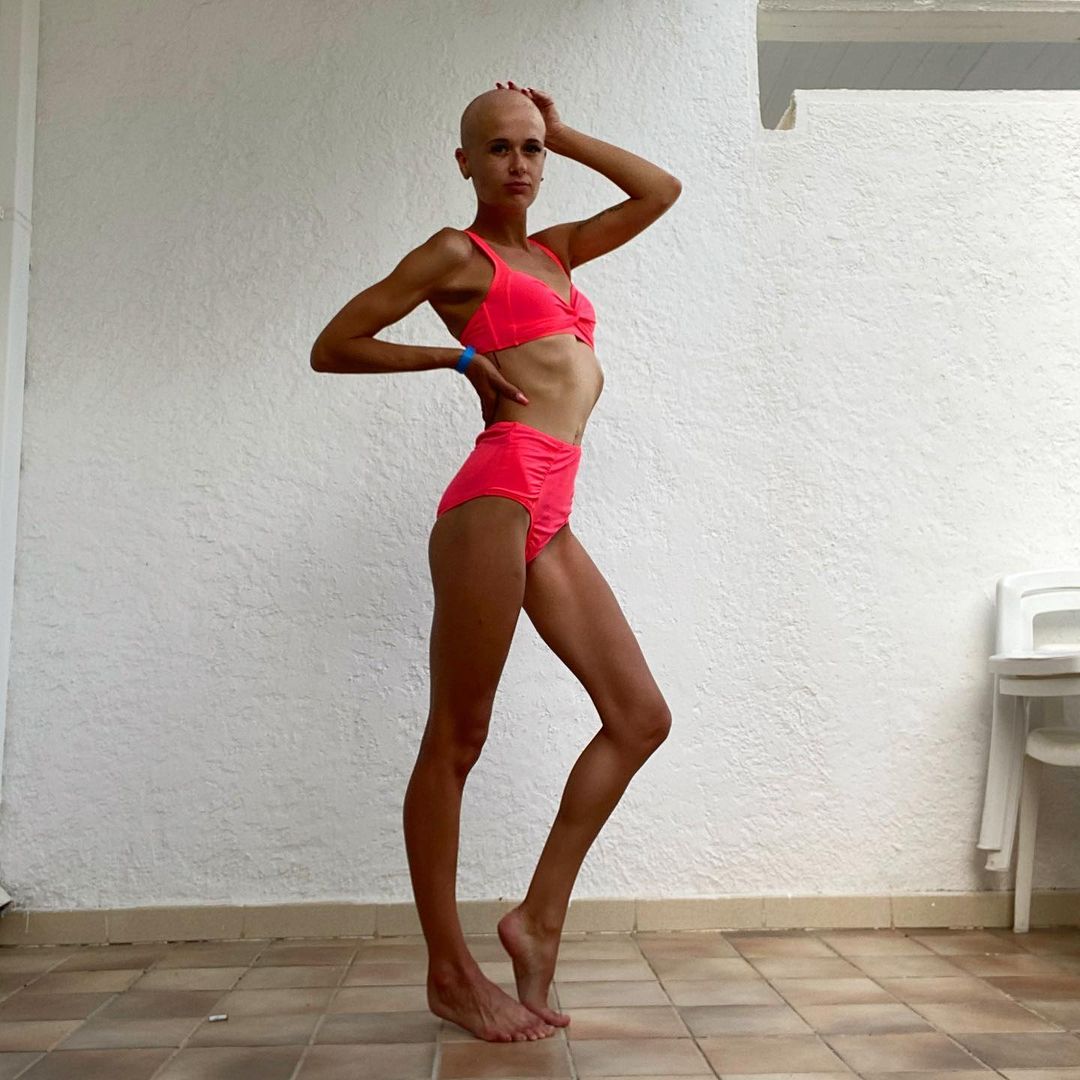 Charlotte is working on accepting her new normal and keeping her stress levels at a minimum.

“I’m hoping that by concentrating on my health and wellbeing, my hair will naturally follow. One of the biggest causes of hair loss is trauma and stress so I started yoga and meditation in the hopes of becoming a calmer and less stressed person,” she said.

“I want to be a good example for Monnie and Riley and show them it doesn’t matter how you look – you have to be strong and show up.

“Hair and appearance does not define you and if I’m strong and brave, then it shows them and other people that they can be too.”

For more shocking real life stories, two male best mates form a ‘throuple’ with a woman after BOTH ‘fell in love’ with her on holiday

And ">this is how dad of 22 kids Noel Radford cooks dinner for his brood costing just 30p a head.

Meanwhile, a woman revealed how she spent lockdown with her husband & their girlfriend.

Outfit ideas that prove the denim jacket is always on-trend