A MUM has been slammed for including a can of non-alcoholic vodka in her kids' school lunchboxes.

The director of a pilates studio, from New Zealand, shared a snap of the lunches on her Instagram Story – but she swears it was "just a joke". 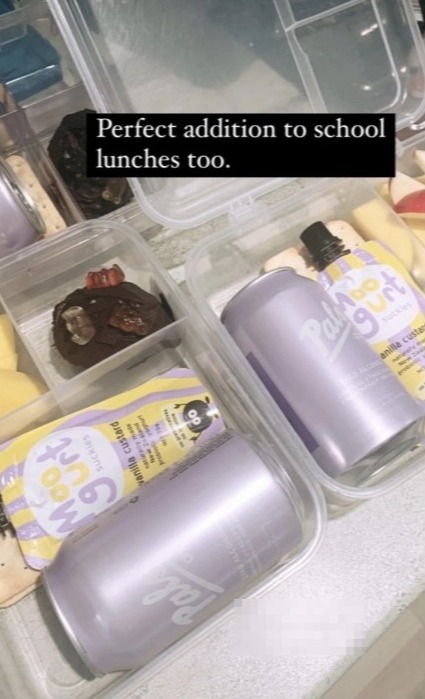 Along with a yoghurt, sliced apples, biscuits and a chocolate muffin she included the drink can, which is a zero per cent alcohol beverage and "tastes like the real deal," according to the brand.

Writing about the canned drink, she captioned the post: "Perfect addition to school lunches too."

A screenshot of her post has reportedly been circulating on Twitter with people left outraged over the "irresponsible" addition to her kids' school lunches.

While the drink is alcohol free, some parents were concerned about the "message" it was sending to kids and criticised her for the move.

Perfect addition to school lunches too.

Following backlash, the mum told Daily Mail Australia that she didn't send the kids to school with the beverage and she only added it in as "a joke" which she shared with her clients online.

She said she "can't control other people's sense of humour" and stressed that she was just having a laugh.

The woman insisted that the drinks – a beverage named Pals available in New Zealand -were only in the kids' lunchboxes "momentarily" before she removed them straight after snapping the photo.

"My kids, and the lunchboxes they were in, were not influenced at all. Not one bit. No kids were sent to school or preschool with them either under my influence," she told New Zealand Herald.

"Just like I have the personal rights to pop down to the booze shop and purchase a zero per cent Heineken and put it into my kids lunch boxes. For a gag," she said.

After seeing the post on Twitter, many people were shocked by the unusual addition to the kids' school lunchboxes.

While another added: "Wow putting a non alcoholic drink in a school lunch! How irresponsible."

A third said the kids could easily "grab the wrong Pals" for an after school drink one day and pick up the alcoholic version instead.

She added: "Very irresponsible marketing. And not from Pals."

Previously, we shared what a ‘perfect’ school lunchbox looks like according to nutritionists – so how does YOUR kid’s compare?

As Someone With a Small Bust, I'm Glad These Sexy Bras Exist