A TODDLER could suffer blisters for years after touching a giant hogweed plant at abeach.

Ruby Duffy, three, touched the large plant, which produces a toxic sap, during a visit with her gran to Grassy Beach in Dundee last week. 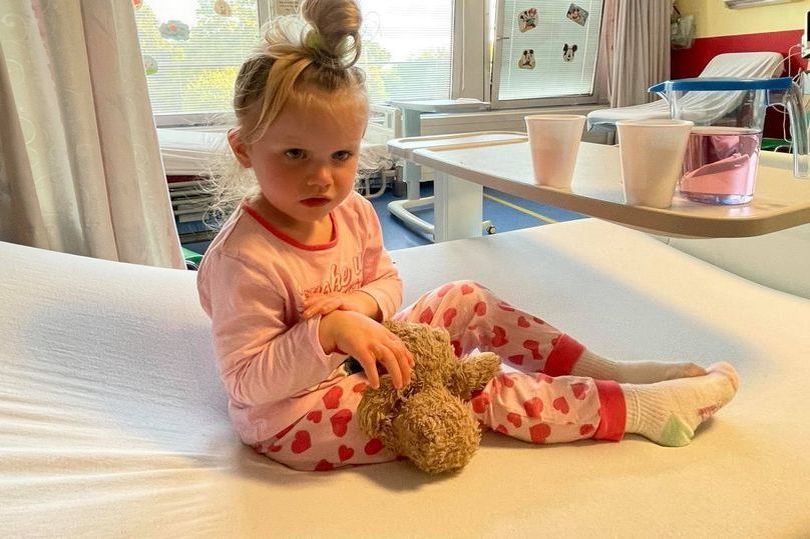 The youngster could be left with the painful injuries for months before her wounds fully heal, according to doctors.

Her right hand, which is her main hand, may also be sensitive to UV light for the rest of her life.

Giant hogweed sap, which comes from the plant's leaves and stalks, causes severe burns to skin when it reacts with UV light from the sun.

Workers have now cleared the overgrown area where she was burned by the plant, which can grow to 10ft tall.

Her mother Caitlin Duffy says she contacted the council about the issue in the hope of something being done quickly.

She said: "Ruby was with her gran when she touched it but I've since been down to see how bad it is. 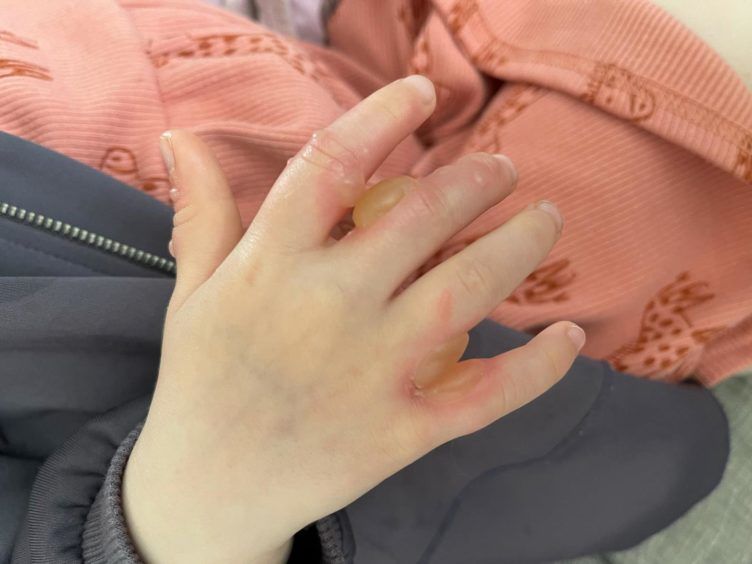 "The whole area is really overgrown with weeds and some look like giant hogweed."

Councils and landowners have no legal obligation to remove commonly found invasive, non-native plants, such as giant hogweed.

But many recognise doing nothing could see it take over public areas such as paths and burns, creating a danger to people and animals.

The council describes the spread of the weed as a "public health issue".

Ms Duffy said: "I didn't think it would be in a public place or somewhere a child would have easy access to it. If a child wants to touch something, there's not really any stopping them.

"The council told me last week they will treat the area and notify neighbouring landowners. I would really encourage people to keep an eye out for these plants.

“Her hand is always going to be affected by sun light, we’ve been told. It will likely be sore and itchy for another four months too."

She added: "She’s really struggling with daily activities just now so hopefully it gets better soon. Despite it being quite serious, I actually think she’s been quite lucky. Imagine the weed touched her face.”

For more parenting stories, this mum issued a grim warning after discovering RAT were living under back car seat & almost chewed through kids’ seat belts.

And this mum shared a terrifying warning after her baby was left critically ill and ‘gasping for breath’ after swallowing Aldi trolley token.

Plus this woman issued a scary warning after escaping hotel room attack & reveals simple advice which saved her.

Blake Lively Shows Off a Very Relatable Quarantine Hair Moment: 'Get the Look'

Olympic first: Men, women to swim together in the same race