AS ENGLAND prepare to meet Denmark in the Euro 2020 semi final tonight, you can expect chants of “it’s coming home” across the country.

But one woman who won’t be cheering on the Three Lions is German-born chiropodist Jennifer Post, 46, who lives in Thornaby, North Yorks, with husband Brian Green, 58. 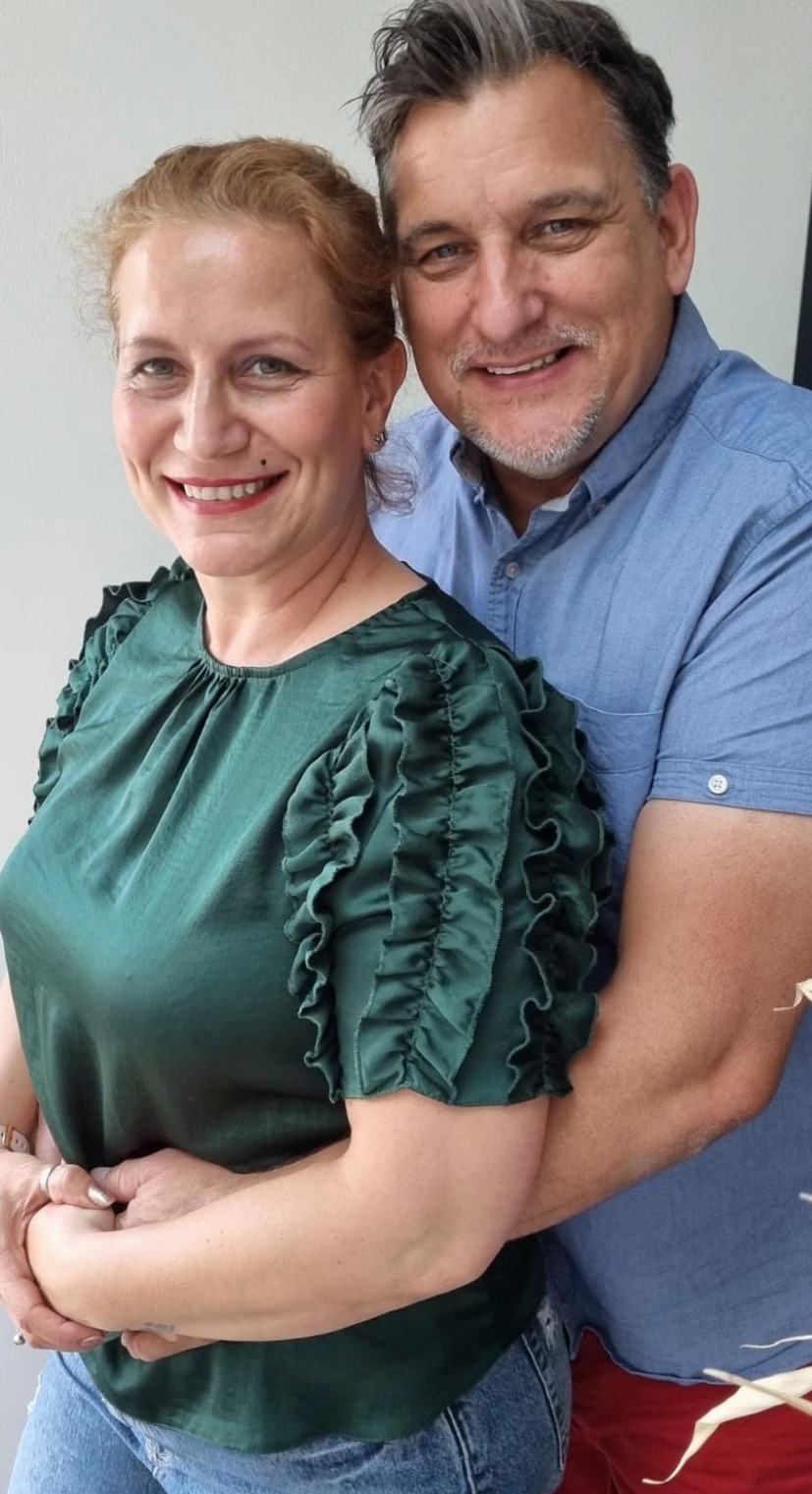 Jennifer, whose mum is German and dad is Italian, was gutted when England knocked Germany out in the 2-0 clash last Tuesday – and has now switched her alliances to every single other European team.

She even puts die-hard England fan Brian on a sex ban when Gareth Southgate’s team win.

Speaking to Fabulous, she explains: “Whenever the Euros or World Cup are on, our house becomes a battleground. Brain knows to expect lots of rivalry – and a sex ban. 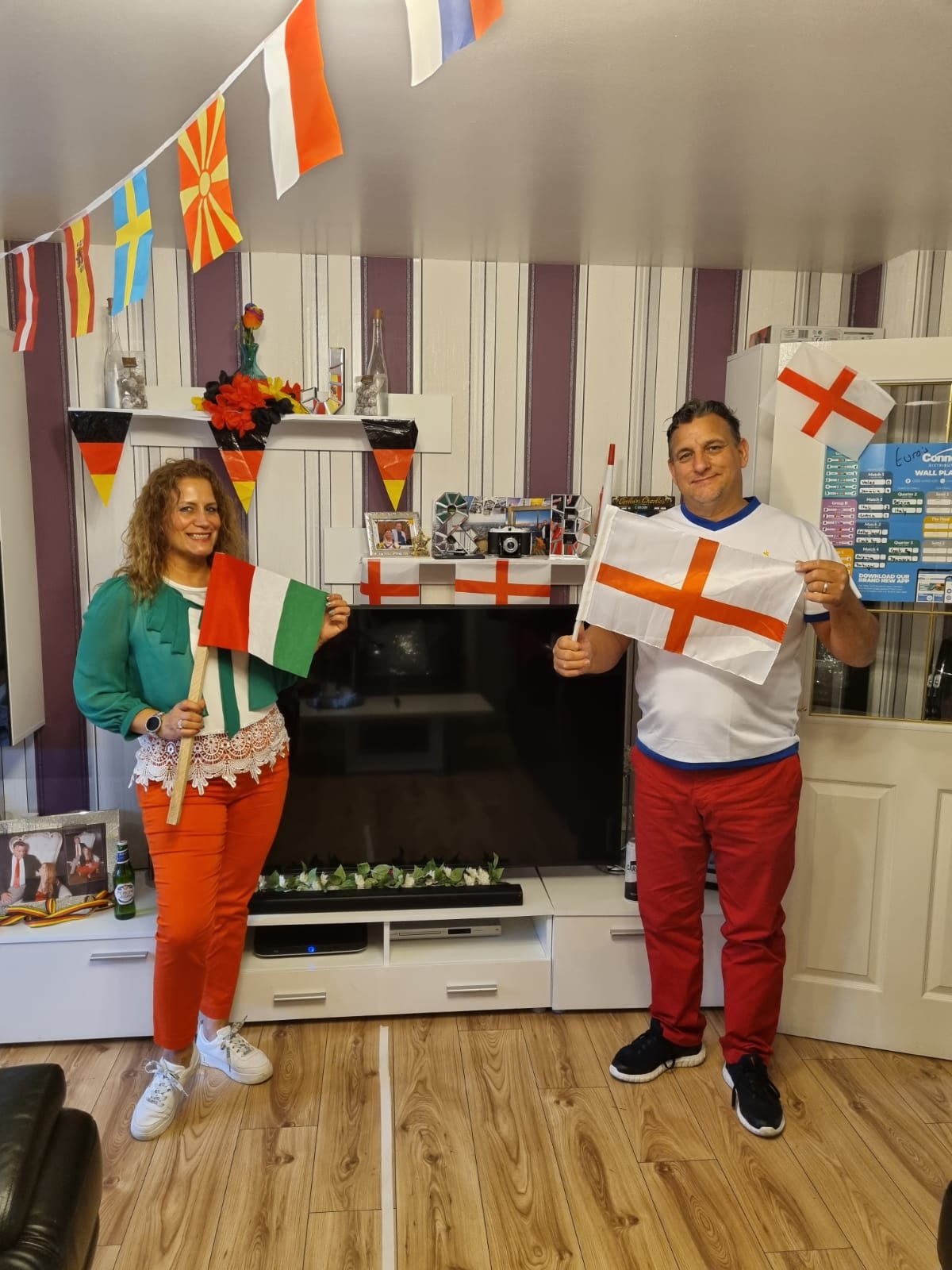 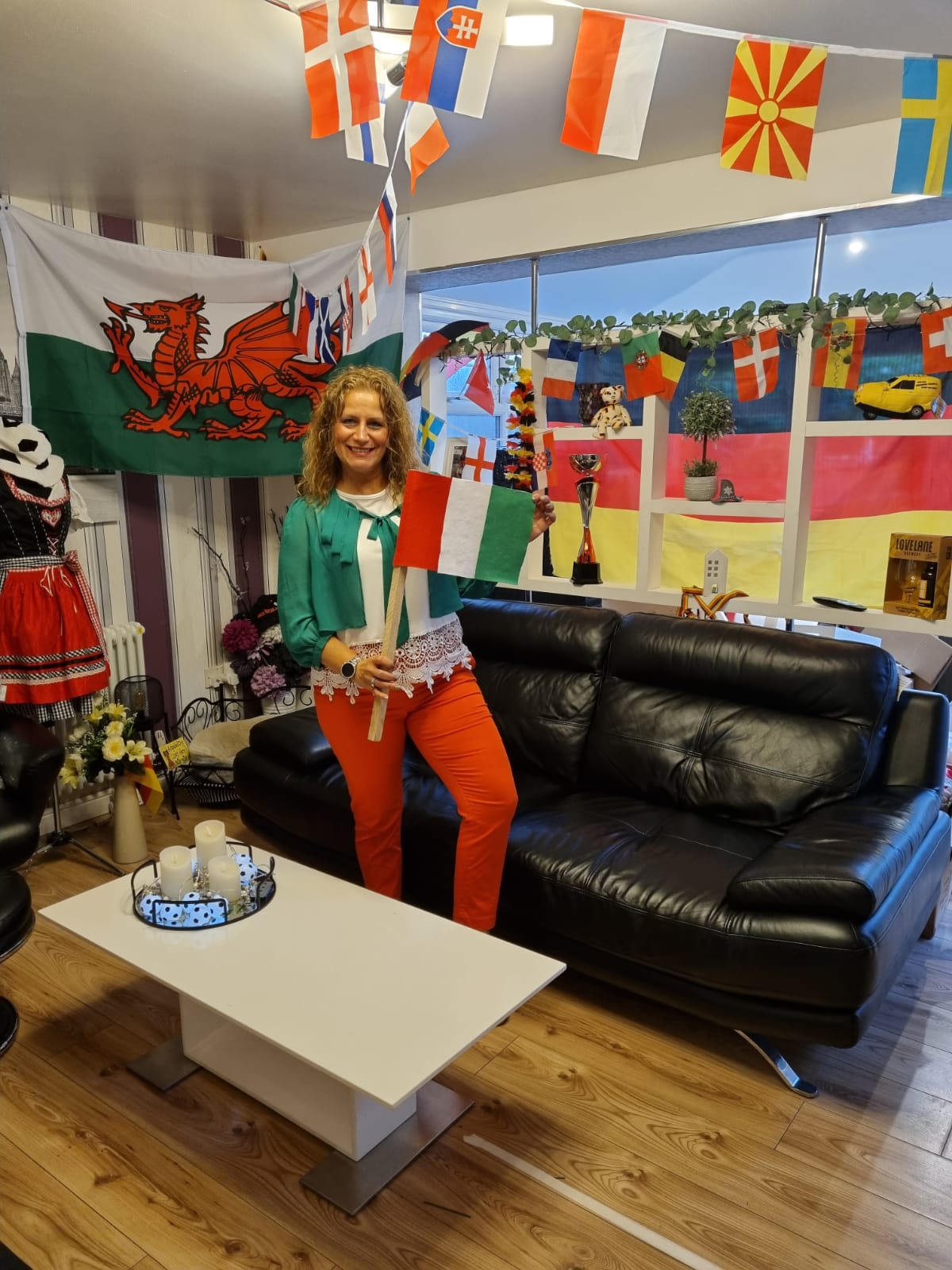 “I figure the players aren’t allowed sex before big matches, so it’s the same in our house.

“We’ve even divided our house down the middle with masking tape. There’s decorations everywhere in our living room – and neither Brian or I are allowed to cross the line.

“Brian decorates his side with England flags, jerseys, bunting and British flags. Only English beer and snacks are allowed to be served and it’s an ‘England only zone’. 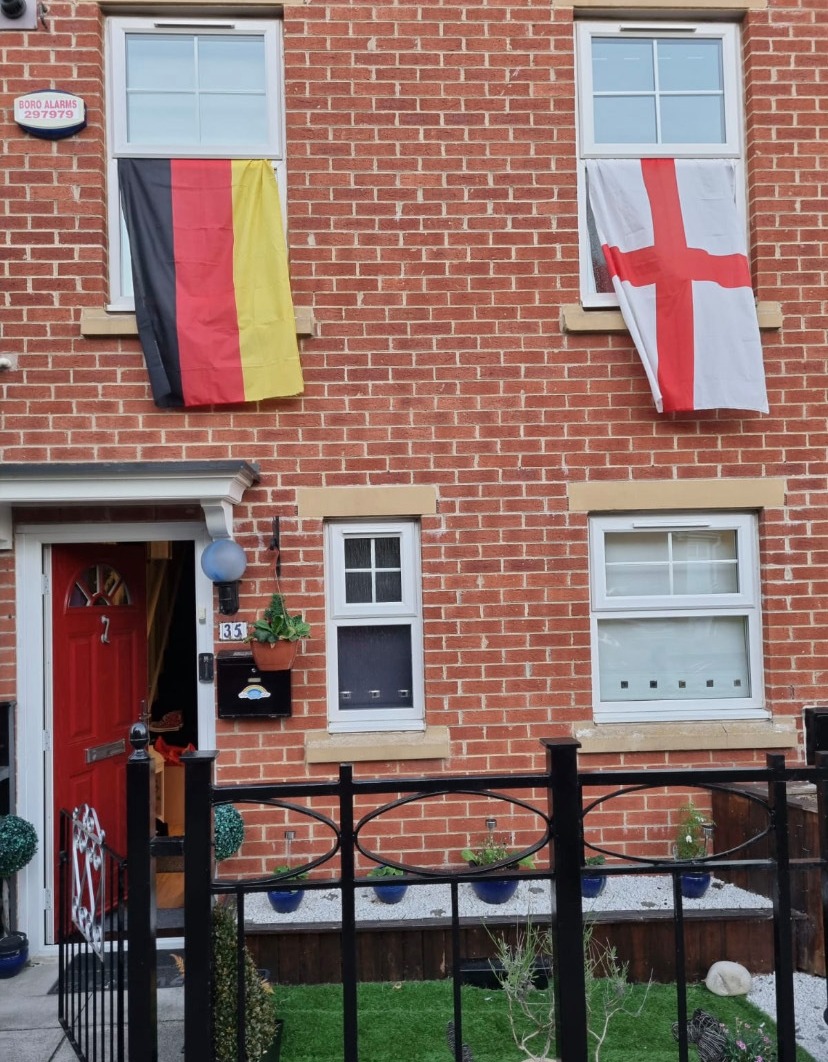 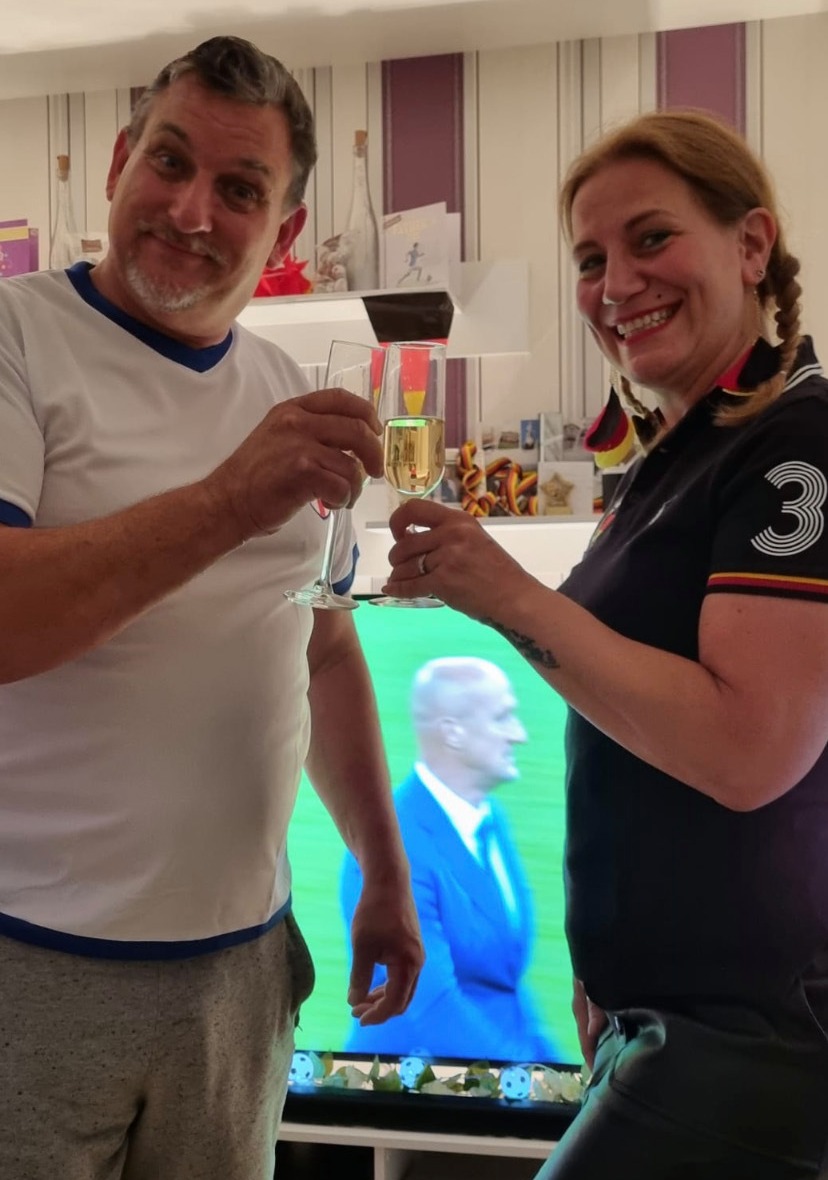 “We’ve also got opposite ends of the garden to decorate with our team’s flags.

“My side was covered in German decorations – including flags, beer glasses and items from previous championships – until England defeated us 2-0. I was gutted and Brian knew there’d be no sex that night.

“Now I’ve brought out my Italian momentos and am cheering them on, but I also support any team who aren’t England. I can’t cope with seeing them win – Brian does love rubbing it in.

“The only time our house is neutral is when England aren’t playing and Brian goes along with whoever I’m supporting. 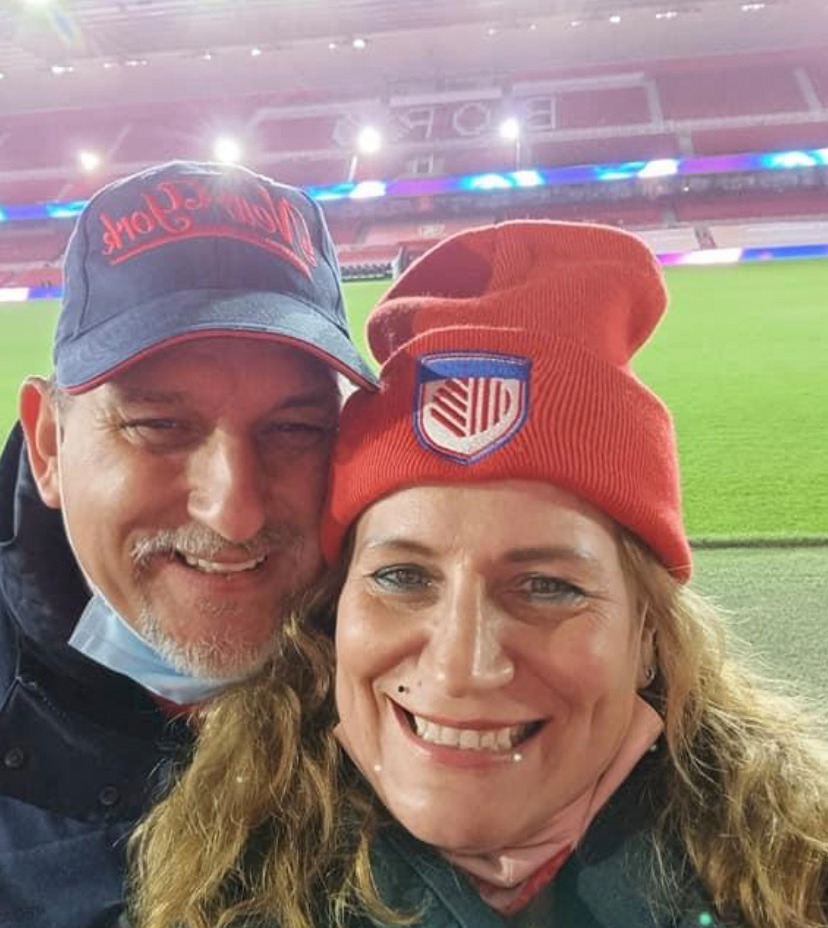 “Our friends and neighbours think I’m bonkers but this is a matter of pride for me. Brian knows I love him and loves to tease me about Germany’s performance.

“We argue over score spreads, injuries, referee calls and whose team has the best players. People can’t believe we’re not divorced – but it works for us.”

Jennifer has lived and breathed football since she was three years old, when her dad took her to her first match.

I’ve refused to give up my German-Italian ancestry. I’m a bigger football fan than Brian

Growing up in North Rhine-Westphalia, a western state bordering Belgium and Netherlands, encompassing Cologne and Dortmund, she played football throughout school.

She says: “Watching international matches in the town square has been part of my life.

“I met Brian when I joined my parents on holiday in Stalis, Crete, in September 2005. I was skating along the promenade when Brian, who was on a lads’ holiday, approached me.

“Later that day, he spotted me on the sun loungers and struck up a conversation. He was instantly impressed with my football knowledge.” 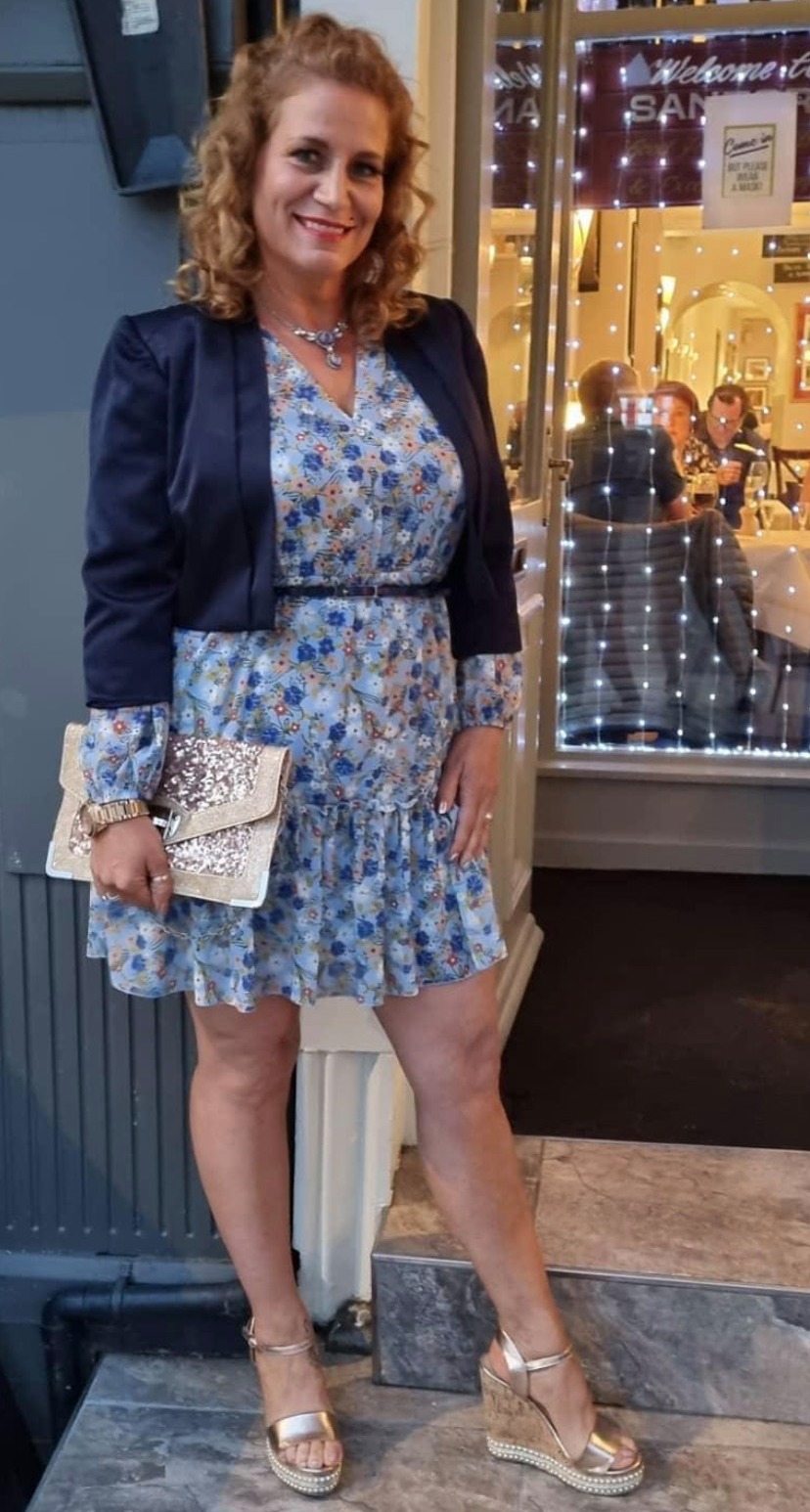 The couple started dating and married on the beach in Jamaica in September 2007, with Jennifer becoming a step mum-of-four and step grandmother-of-nine.

She says: “When I married Brian, everyone assumed I’d become an England supporter. Boy were they wrong. I’ve refused to give up my German-Italian ancestry. I’m a bigger football fan than Brian.

“Dividing the house with masking tape is the only way we can keep our sanity. I have a huge chart in the bedroom which I fill in religiously after every match.

“Italy is my second team and I’m confident we will win the Euros. If that happens, I’ll end Brian’s sex ban.

“When the football’s over next week, our normal life will resume. Brian’s great in bed but currently football’s all that matters.”

Brian says: “Dividing our house into country zones is the only way we can cope with tournament football.

“Jennifer’s football knowledge is amazing. I’m lucky to have a Mrs who is as footy mad as me – it’s just a shame we’re not cheering for the same side.

“I once accidentally knocked over a German flag and I got an earful. Jennifer’s not afraid to go against the grain, that’s what I love about her. But I know it’s the sofa for me if her team loses.”

In other footie news, these women were left "sex starved" after the return of football.

And the Miss England finalists are bringing some serious glamour to the Euros.

How to make your wardrobe work extra hard this festive season