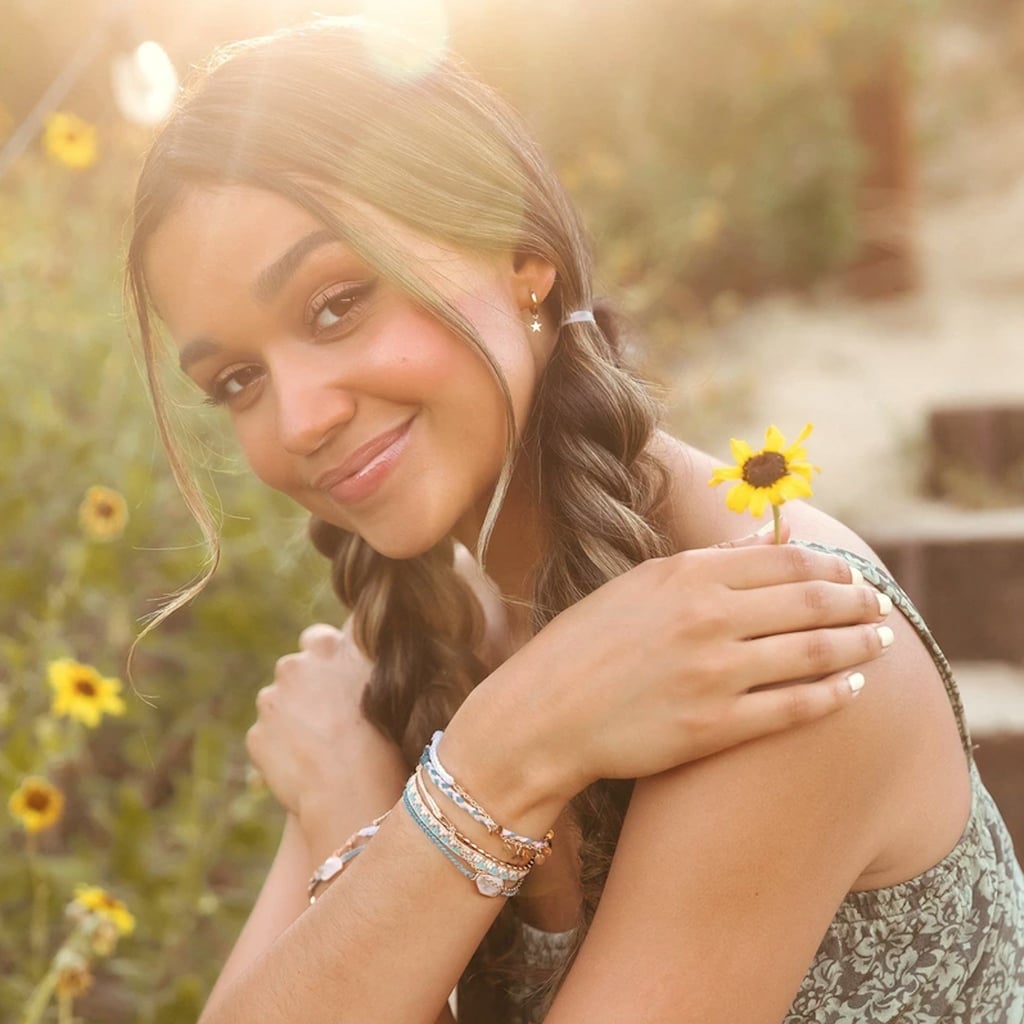 If Kiara’s necklaces on Outer Banks were not enough to woo you into her classically cool, beach-girl style, Madison Bailey just launched a line of bracelets! The 22-year-old star, who boasts an impressive 4.5 million followers on Instagram, has teamed up with Pura Vida to launch five new styles you can stack or wear alone, retailing from $10 to $45 for the set of all five designs bought together at once. (If you’ve learned anything about Bailey’s laid-back aesthetic, you know she loves to layer, just like Kiara.) The bracelets are part of the Destiny Pack and include details such as crystal charms and mini coins.

Pura Vida, which means “pure life” in Spanish, was started by two friends from Southern California who visited Costa Rica in 2010 and wanted to make a positive work environment and steady income possible for the artisans they met there. They’ve since expanded to a family of 800 employees across Costa Rica, El Salvador, India, and more and donated over $3.8 million to charities all over the world. It makes sense that Bailey, who has always been vocal about giving back to communities and protecting the environment, would want to partner with the company. The bracelets she designed even come in biodegradable bags that break down after 180 days when buried! Ahead, see every style you’ll want to collect one-by-one, or buy them all.