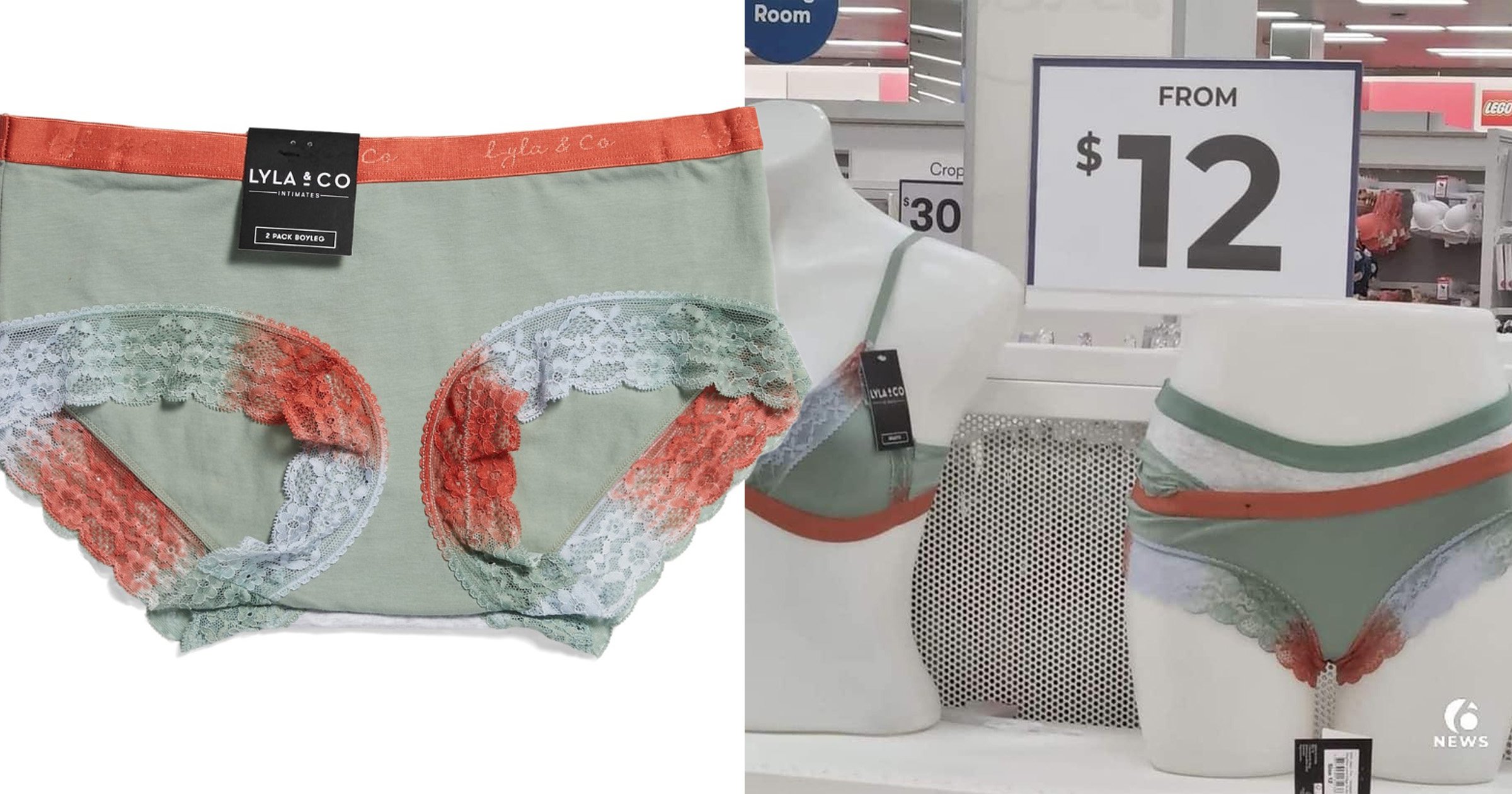 While we all like stylish lingerie, red patches are probably not the best idea.

One shopper couldn’t help but laugh when he spotted pants trimmed with multicoloured lace but the design meant the red section sat right in the crotch.

The colour fade resembled a period stain rather than a nice feature on the green, red and white underwear.

The man posted the picture of the pants on Reddit after his trip to Big W, a chain in Australia.

They come with a matching bra, but the red section sits just under the arm on it.

The man wrote: ‘Feel like Big W has sorta had a bit of a design fail here.’

Others were amused by his picture.

One wrote: ‘Worst design ever. period’

Another added: ‘It is bloody awful.’

But some suggested it might actually be handy as if your period products do leak, you won’t notice the stain.

‘Period underwear for the risky days; pre-stained for your convenience,’ one person said.

‘Nah mate its there to avoid embarrassment,’ another said.

The product was pulled from Big W’s website in response to the picture.

A brand spokesperson told Daily Mail Australia: ‘We can confirm that the lace on these women’s briefs are randomly printed and whilst it was not the intention of the design, we do acknowledge that the print on this specific item could be misinterpreted.’

Everything in Urban Outfitters' Sale Section Is an Extra 50% Off — Today Only!