Olivia Amato's Take on Self-Fulfillment Is So Inspiring

Olivia Amato has a “we first” mentality. As a bike, tread, and strength instructor at Peloton, she thrives on encouraging others and lifting people up — no one gets left behind, and no one is more important than anyone else. Both physically and mentally, inside the studio and out, Amato has made it her mission to build confidence in those around her. And chances are, if you’re a Peloton regular, part of PUMA’s loyal fanbase, or one of Amato’s nearly 400,000 Instagram followers, she’s inspired you in some way, too.

“I want every person who rides, runs, or works out with me to know they are an athlete and that they are capable of doing whatever it is they put their mind to,” Amato tells POPSUGAR. “If you genuinely believe you’re capable of something and if you put the work in, you will be capable.” It’s this mentality that makes Amato one of today’s most prominent faces in fitness.

Speaking with Amato over Zoom, her energy is warm and welcoming. Right away, it’s easy to see why her fans and followers keep coming back for more. Her passion is contagious, and her enthusiasm is addicting. But while Amato is known for encouraging and supporting thousands of people every day, her journey hasn’t been straightforward — and along the way, she’s had to learn how to be her own best advocate.

Today, she helps women in many forms. One way is through working with PUMA and the brand’s SHE MOVES US campaign. SHE MOVES US celebrates and inspires women who move together to achieve and connect — through sports, values, and culture. SHE MOVES US has allowed Amato to empower women and girls by inspiring them to move their bodies and chase their dreams.

“I love working with PUMA because the brand brings so many diverse women together for a common cause,” Amato says. “These women have voices and influence, and they’re using both of those things for good.” From hard work to soul searching to developing a thick skin, read on for her powerful journey into becoming the strong, confident Olivia Amato we all see today.

Nearly every day in class, Amato asks her athletes to think of their “why” when the workout gets particularly difficult. It’s a motivation tactic Amato has used in her own life. “My ‘why’ is helping people become stronger and step into their power,” Amato tells us. “I’ve always had a strong desire for connecting with people and being a leader.”

“There was one person at work who would always say, ‘It’s just another day,’ and that literally haunted me,” Amato says. “I went on vacation, and on the Sunday before going back to work, I was hysterically crying. I thought, ‘What am I doing? I don’t want it to just be another day. This isn’t me.'”

Ultimately, she knew her cup wasn’t being filled, and she knew she had to get out. “I know that if I’m not fully committed to something and if I don’t have the passion to do something, I’m not going to be successful,” Amato says. “So I told myself, ‘Life is too short — do what you’re passionate about and what you’re great at.'”

For Amato, that led her back to what she had always loved — sports and fitness. She started small by taking her Wall Street clients to workout classes rather than to dinners and happy hours. “That became my favorite part of the week, and I realized that I love connecting with people but not in the way I was doing it on Wall Street,” she says. “I more so enjoyed helping people feel better about themselves and helping them build confidence. It wasn’t easy, but I ended up turning that into my job.”

By transforming her life and doing what she loves every day, Amato has proven to herself and everyone around her that there truly is no limit to what you’re capable of — or at least there doesn’t have to be. “You can let others’ prejudices and attitudes hold you back, or you can look at them as fuel to your fire,” she says. “I choose the latter.”

Luckily for Amato, she hasn’t had to face uncertainty or disappointment alone. Helping her along the way and providing unwavering love has been an amazing support system of women. “I have a really close-knit group of friends — some of whom have been by my side since the age of 4,” Amato says. “There was a period of time when I didn’t get to see my friends and family because I was constantly hustling. It was tough. These are the friends who understood and have shown me they’re there for me.”

It’s these strong female relationships that have shaped Amato and her sense of purpose; they’re why she’s determined to be a positive example for women and girls everywhere. “Female empowerment to me is women supporting women; women celebrating women; women lifting other women up,” she explains. “You don’t have to pull anyone down to make yourself look bigger, stronger, or better.”

PUMA’s SHE MOVES US campaign spreads the same message all while showcasing women’s incredible accomplishments from all walks of life. “It’s important we’re highlighting female success stories because they weren’t highlighted as much in the past,” Amato says. “By spotlighting them now, we’re showing all young girls and young women that they too can be successful. It’s possible, and it’s happening.”

It’s working, too, as Amato is reminded every day that her work has meaning and that others view her as a source of inspiration. “It’s amazing how many younger women reach out to me — high-school aged, college, even younger,” she says. “I wish I had had somebody to look up to when I was growing up, someone to tell me, ‘You can do this; you can be just as good as any male can be.’ I’m super grateful I get to be that for this younger generation.”

Not only does Amato feel empowered by the women around her, but she also gains a major sense of empowerment through fashion. “Being able to express myself through clothes that I love is so important to me,” she says. “I feel my best when I wear something I feel good in. When I get up and get dressed, my day changes, and I feel more motivated.”

A self-described sneakerhead, Amato considers her style to be elevated and trendy. “I love wearing PUMA,” she says. “The brand has something for everyone and is such a great mix of fashion and performance. The clothing gives me what I need to perform during class, but it also allows me to dress up or down, to and from the studio. There’s a street style element, which is really important to me when I’m getting dressed.”

Amato specifically loves PUMA’s Mayze platform sneaker — so much so that she’s planning on wearing a bedazzled pair at her upcoming wedding reception. Another go-to look? A classic PUMA sweat set. “Sometimes I’ll get the pants fitted but the jacket oversized or vice versa,” she says. “When I work out, I love to wear the leggings paired with the new Nitro running shoe. I’m really impressed with its performance.”

Amato’s positive, inclusive energy rubs off on everything she touches — from her social media posts to her in-person interactions to her virtual classes. “Supporting each other goes a long way,” she says. “I notice this kind of support at Peloton now, and I see it in the PUMA world, too; the people who shine are the same people who are encouraging others to succeed. It’s no longer a ‘one person is the star’ environment. You don’t have to be better than anybody else to be celebrated, powerful, or strong.” 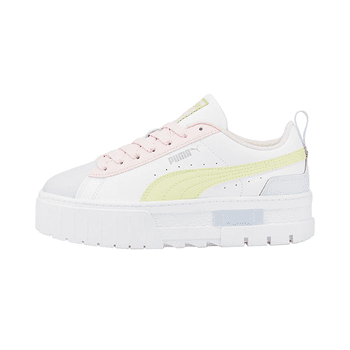 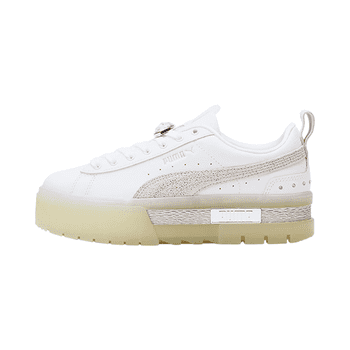 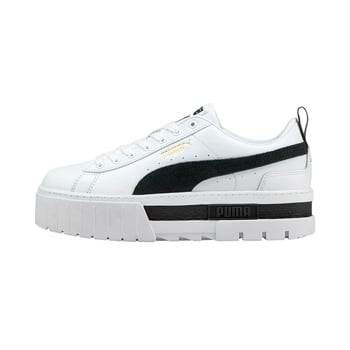 Dad saves £2.2k by building epic playhouse for his daughter – with heating, electricity & a sleeping area