Queen Elizabeth II was crowned on June 2, 1953 in Westminster Abbey. She is the sixth Queen to have been crowned at the location in her own right, the first being Queen Mary on October 1, 1553. The Queen succeeded to the throne after her father, King George VI, died while she was in Kenya.

What did the Queen wear to her coronation?

The Queen’s coronation dress is iconic, and unsurprisingly it was designed just for the occasion.

The dress was designed by British Fashion designer Norman Hartnell.

It was made of white satin and embroidered with the emblems of the United Kingdom and the Commonwealth in gold and silver thread.

The Queen has only worn the dress six times since, including to the Opening of Parliament in New Zealand and Australia in 1954.

The dress was accompanied by two different crowns. Read on to find out what they were. 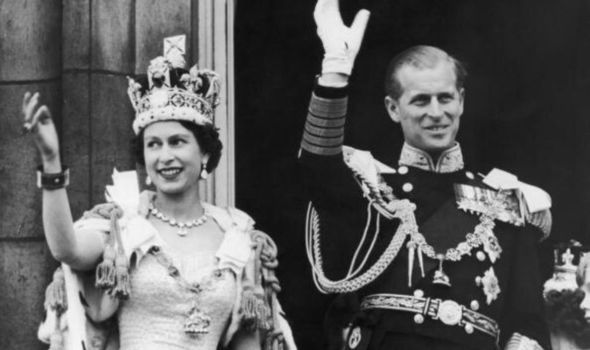 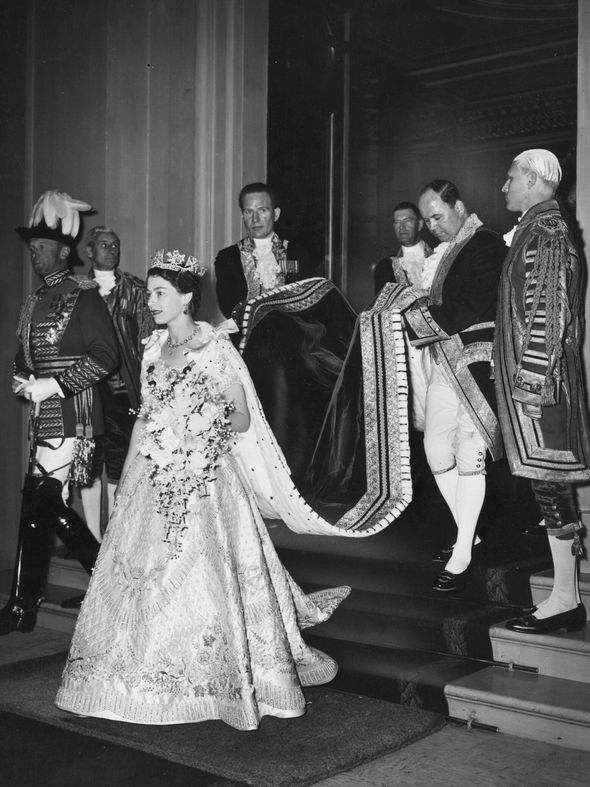 What crown did the Queen wear for her coronation?

For the start of the coronation, the Queen wore the George IV State Diadem.

Queen Elizabeth is featured on the Royal Mail postage stamps, and this is the crown she is depicted wearing.

He wore it over a large velvet Spanish hat at both the ceremony and during the walk to Westminster Abbey.

The crown was reportedly designed by Philip Liebart, Rundells’ chief designer at the time. 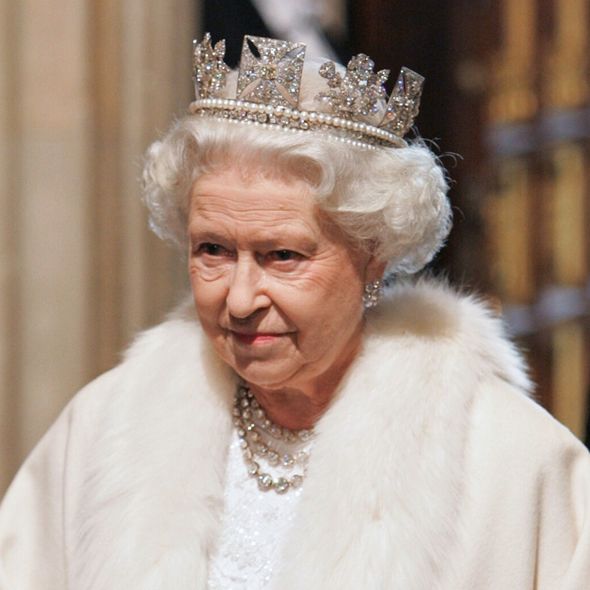 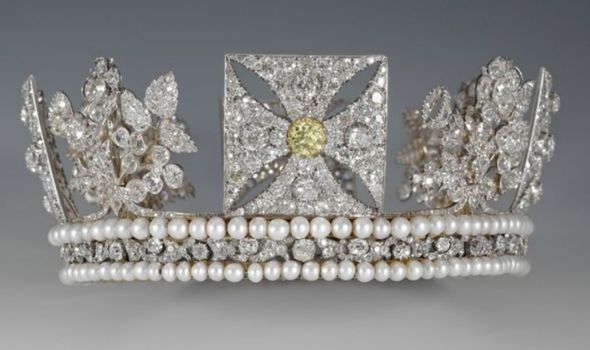 The Royal Collection Trust describes the crown as the following: “Openwork silver frame lined with gold and set transparent with diamonds; narrow band edged with pearls, surmounted by four crosses-pattée, the front cross set with a pale yellow brilliant, and four sprays representing the national emblems of the United Kingdom.”

Today, the Queen wears the crown when travelling to and from the State Opening of Parliament.

This wasn’t the only crown the Queen wore at her coronation, though.

The Imperial State Crown, also known as the Crown of State, is the crown the monarch puts on at the end of the coronation ceremony.

This crown was made for the Queen’s father, King George VI, in 1937.

However, it is closely based on a crown designed for Queen Victoria in 1838 by Rundells.

Each of these stones has a legend attached, making the crown even more precious and significant.

The Royal Collection Trust explained: “The Imperial State Crown is also used on formal occasions, such as the annual State Opening of Parliament.

“The term imperial state crown dates back to the fifteenth century when English monarchs chose a crown design closed by arches, to demonstrate that England was not subject to any other earthly power.” 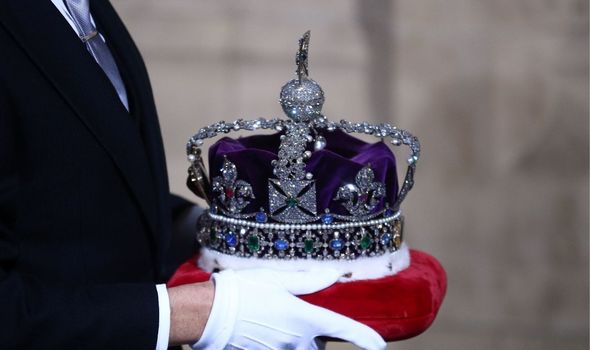 The crown is extremely intricate, and so needs a detailed description.

The Royal Collection Trust tells you everything you need to know, the site says: “The Imperial State Crown is formed from an openwork gold frame, mounted with three very large stones, and set with 2868 diamonds in silver mounts, largely table-, rose- and brilliant-cut, and coloured stones in gold mounts, including 17 sapphires, 11 emeralds and 269 pearls.

“The two large stones are linked by an openwork frieze, containing eight step-cut emeralds and eight sapphires, between two rows of pearls.

“Above the band are two arches (or four half-arches), each springing from a cross-pattée. The front cross is mounted with a large, irregular cabochon red spinel, known as the ‘Black Prince’s Ruby’.

“In its history the stone was pierced for use as a pendant, and the upper hole later plugged with a small cabochon ruby in a gold slip mount.

“The remaining three crosses are each mounted with a step-cut emerald mounted as a lozenge.” 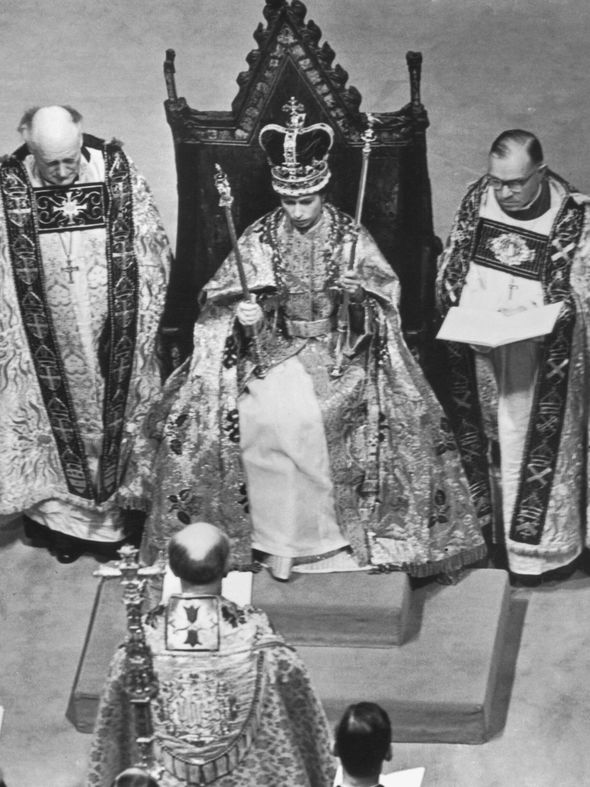 “The crosses alternate with four fleurs-de-lis, each with a mixed-cut ruby in the centre. Both crosses and fleurs-de-lis are further mounted with diamonds.

“The crosses and fleurs-de-lis are linked by swags of diamonds, supported on sapphires.

“The arches are cast as oak leaves, set with diamonds, each having paired pearl acorns in diamond cups projecting from the sides.

“At the intersection of the arches are suspended four large pear-shaped pearls in rose-diamond caps, known as ‘Queen Elizabeth’s Earrings’.

“The arches are surmounted by a monde of fretted silver, pavé-set with brilliants, with a cross-pattée above, set in the centre with an octagonal rose-cut sapphire known as ‘St Edward’s Sapphire’.

“The Crown is fitted with a purple velvet cap and ermine band. Small plates on the reverse of the ‘Black Prince’s Ruby’ and the ‘Stuart Sapphire’ are engraved to commemorate the history of the Crown.”

6 Designers Share How To Help Small Fashion Brands During Coronavirus

Amir Khan's wife Faryal Makhdoom is flogging their luxury furniture on Insta as they move from £1.2m mansion