The Spanish royal household has released a series of new photographs and official portraits of King Felipe VI and his beautiful wife, Queen Letizia and their two daughters, Princess Leonor and Infanta Sofía. The photos were taken at the Royal Palace in Madrid and the Palacio de la Zarzuela by Madrid-born photographer Estela de Castro.

These photos will replace the ones taken in 2010 (before King Felipe took the throne) by Dany Virgili in government and official buildings in Spain.

There are individual portraits of each member of the family, a photo of the King and Queen together, an image of Leonor and Sofía together and a family portrait. Their Majesties are seen in gala wear and civilian wear.

In the formal portraits, Queen Letizia wore a stunning bespoke Carolina Herrera ball gown in an eye-catching fuschia colour which complimented her complexion and set off the blush in her cheeks.

The Carolina Herrera gown had fitted three-quarter length sleeves which stopped at the elbows, presenting an opportunity for the royal to show off her glitzy bling on her wrist. 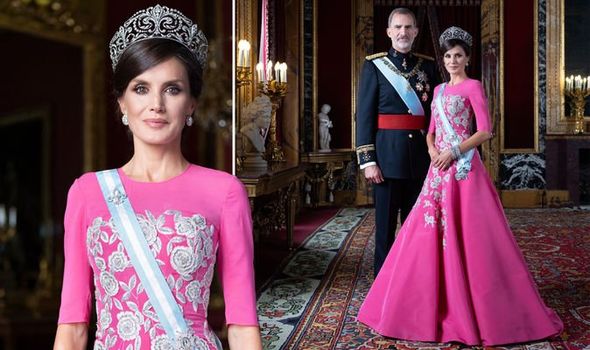 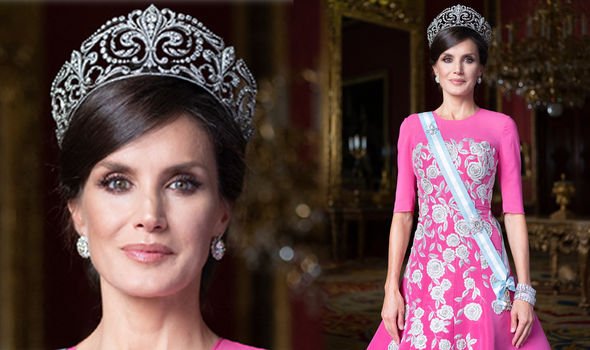 The gown was also decorated with delicate white embroidery on the bodice that trailed down the skirt, and she added the blue and white sash of the Dame Grand Cross of the Order of Charles III to her ensemble.

This outfit was certainly fit for a royal, as the bright colours helped the former journalist stand out amid the plush palace interior design.

There’s arguably no better accessory for a royal lady than a tiara, and that’s exactly what the mother-of-two added to her dreamy outfit.

With her dark hair pulled back in an elegant up-do, she showed off her grand Fleur-de-Lys tiara.

Known as “La Buena” or “The Good One”, the glittering headpiece is the most impressive tiara that the Spanish Royal Family possesses, according to the Court Jeweller.

It has been in the Spanish Royal Family’s possession since 1906, when it was first worn by Princess Victoria Eugenie of Battenberg, better known to history as Queen Ena of Spain.

The all-diamond diadem was gifted to Queen Ena by her husband, King Alfonso XIII.

The diadem had been made for the new queen by Ansorena, and she wore it on her wedding day. 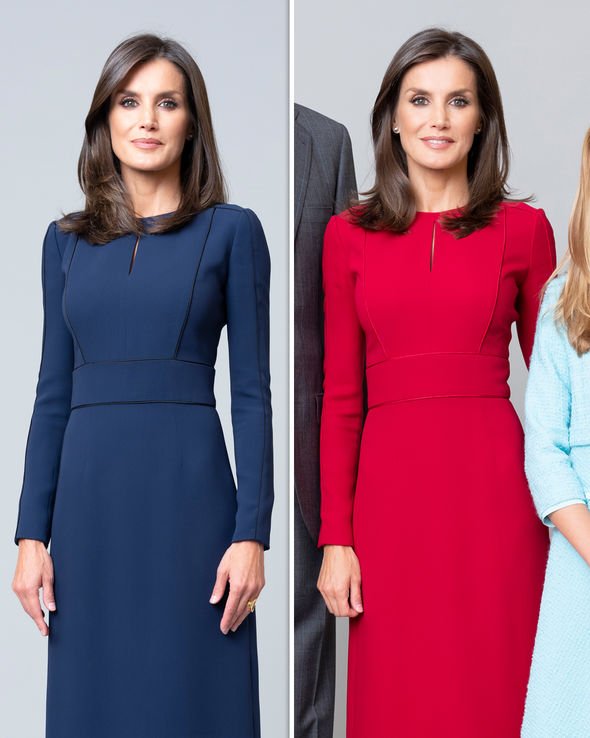 But the tiara was not the only jewellery that the Queen wore in her official portrait. Not forgetting the other delicate jewels in the photo, Letizia also donned the Joyas de Pasar diamond earrings and bracelet, as well as the Fleur de Lys diamond brooch on her sash.

Royal fans would have noticed that this eye-catching ensemble was a repeat of the outfit she wore back in October 2019 to attend a State Banquet hosted by Japan’s Emperor Naruhito.

The royal is often seen recycling her day-to-day wardrobe, so it comes as no surprise that she has chosen to recycle this formal outfit too.

The dress is from her go-to and favourite fashion designer Carolina Herrera, whom she has turned to on multiple occasions in the past for her gorgeous wardrobe. 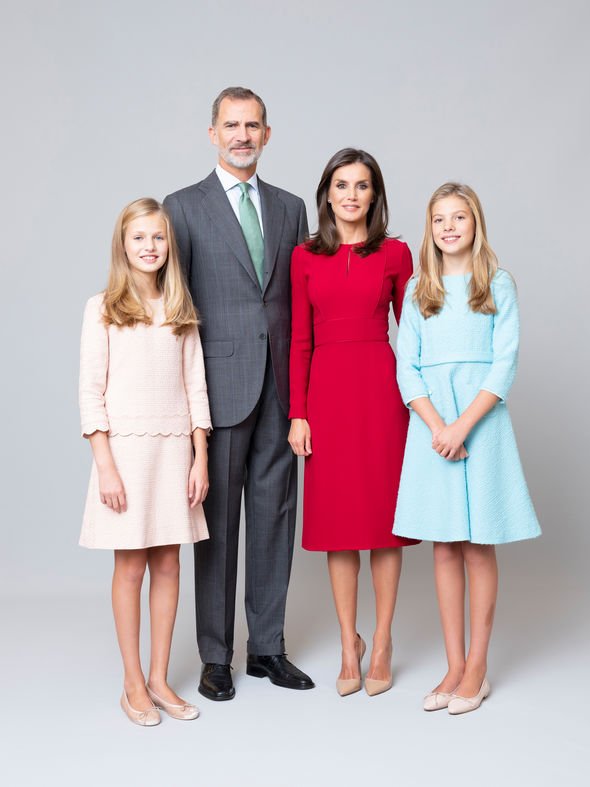 The red midi dress she wore in the Royal Family portraits with their two daughters, designed with a simple silhouette and keyhole cutout, was also from the Carolina Herrera.

She even chose to wear the blue version of the keyhole cutout dress which she donned for more official photos with King Felipe.

Last month, the wife of King Felipe VI of Spain, stepped out in a stylish checkered trouser suit for a summit in Madrid. The stylish royal, who is well known for her elegant sense of fashion, did not disappoint at the Spanish Red Cross Headquarters in Madrid.

The Spanish queen looked the epitome of sophistication in her double-breasted grey blazer and matching wide-legged trousers when she arrived at the event. The royal wore a crisp white shirt underneath the suit and left the top button undone. She teamed her outfit with a pair of pointy black pumps and a matching leather bag.

I’m a cooking pro, how to make Morrisons' 39p tinned potatoes delicious by cooking them in the air fryer | The Sun