DESPITE huge investment in major campaigns, millions of girls and young women are giving up on staying active – and Covid has only made the situation worse. 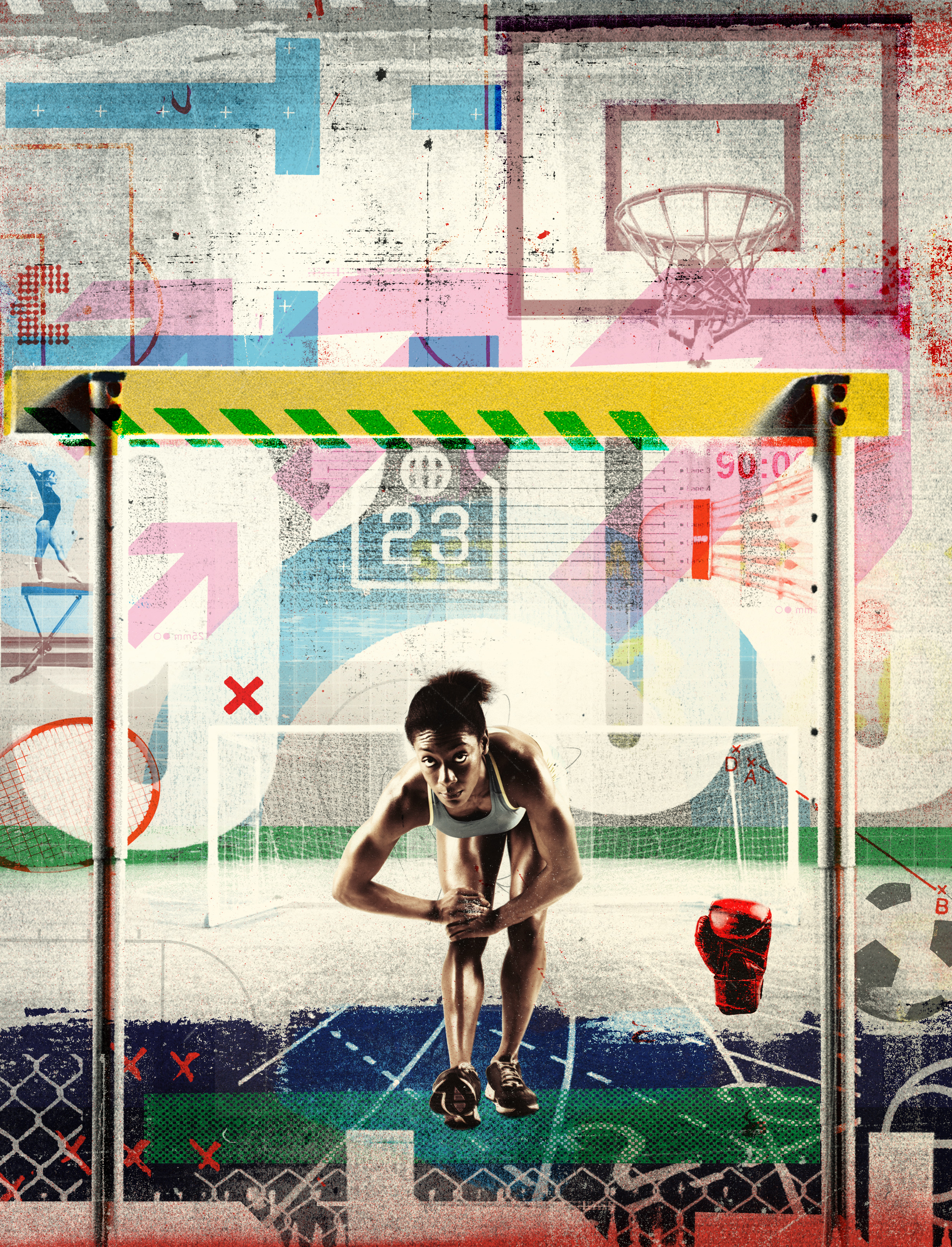 Teenager Abi Freeman braced herself as an older, overzealous male teammate flung her to the ground.

It was only a training session, but as one of just two girls at her karate club, a female partner was often hard to find.

Being heavily outnumbered by men and boys during weekly classes eventually destroyed her love of karate and she quit the sport entirely.

“When competitive sport is so male-dominated, it chips away at your enjoyment,” says Abi.

“You feel like an outsider and take a step back, and eventually find you’ve stopped doing any sport at all.”

Despite having become an advanced purple belt within just three years, Abi quit karate in late 2012 at the age of 16 and has become increasingly inactive in the years since.

“As a teen I loved gymnastics, athletics, football, swimming, netball and especially karate, but I barely do any exercise these days,” Abi, now 24, adds.

“I’ve gone from having loads of confidence in my ability, to feeling I’m not good enough – and the longer you go without sport, the harder it is to go back. I often feel lethargic and realise it’s because I haven’t exercised for weeks.” 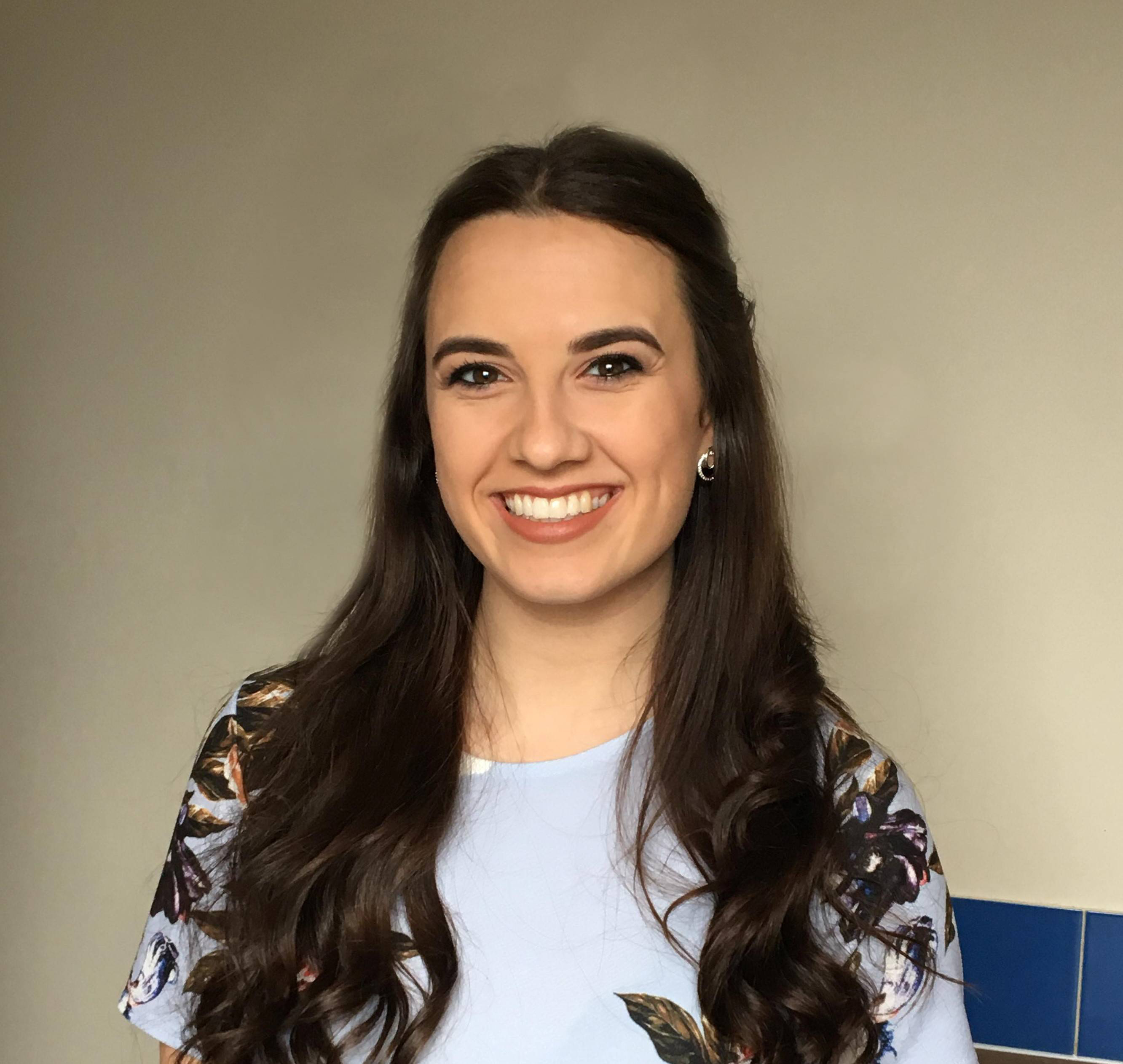 Lack of fellow sportswomen aside, there are various reasons for this.

Kate Dale, campaign lead at Sport England, says: “There are so many pressures for girls to give up sport, including feeling self-conscious about their appearance and body image, going through puberty and periods, which leads them to feel ashamed and embarrassed.”

This has continued despite several high-profile campaigns to boost participation in sport in recent years, including This Girl Can, Like A Girl and Fuel Her Future, which was launched by sanitary brand Always in March this year.

As part of the campaign, Always conducted a report that found one in three girls drop out of sport during puberty and a whopping 55% of 12-16-year-old girls are not active at all.

It also revealed that a third of girls believe that – unlike their male counterparts – they are not skilful enough to keep playing sport.

Unsurprisingly, Covid has made things worse.

In March, the charity Women In Sport studied the impact of lockdowns on teenage girls’ participation in sporting activities, and found that 62% are doing less physical exercise than before the pandemic, while 41% have lost confidence in their ability since the start of 2020. 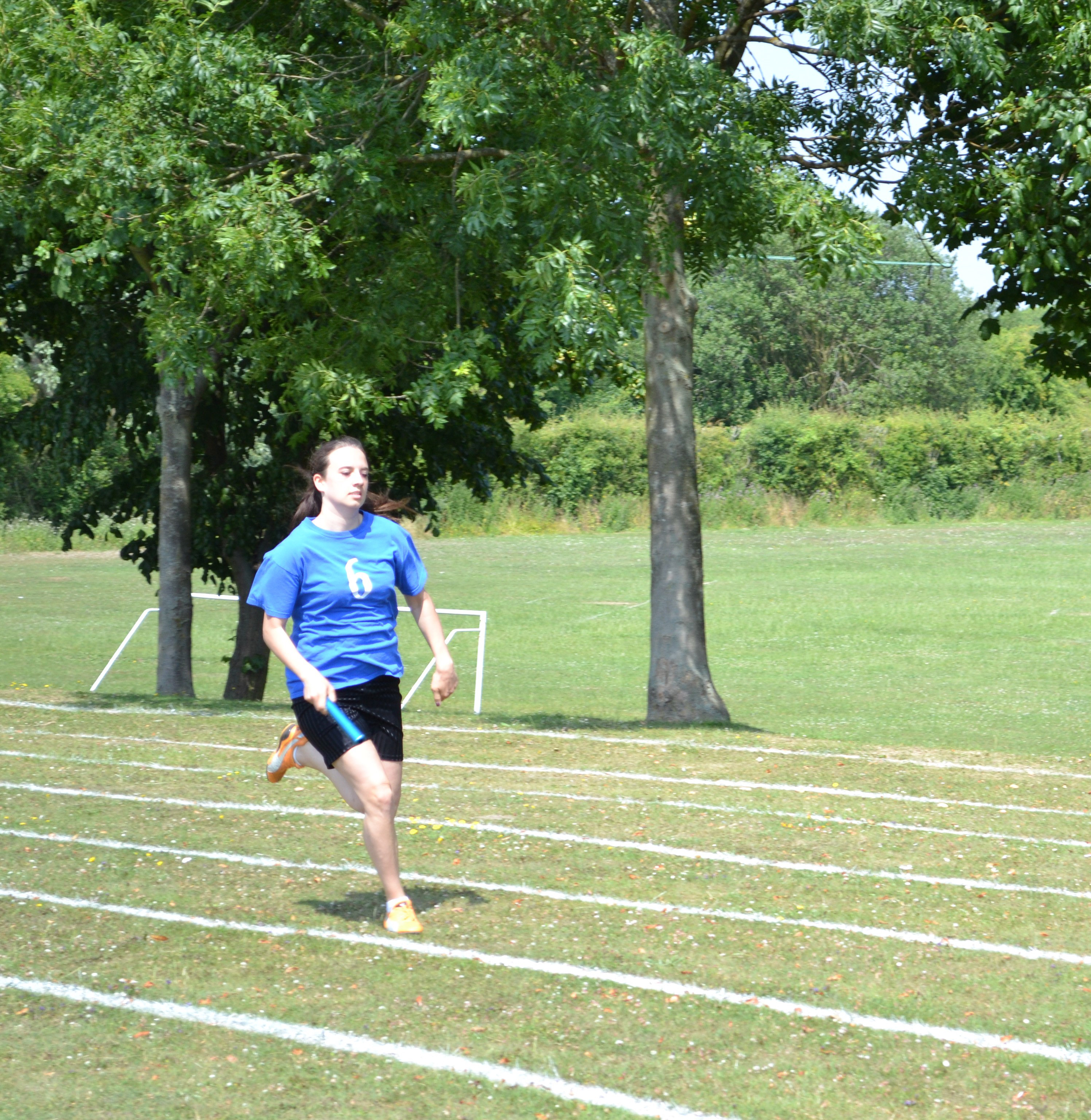 “The closure of sports clubs and facilities had a huge impact, and with schools shut last year too, many girls were suddenly doing no exercise at all.

"Lots of them have remained inactive since,” says Tanya Martin, insight manager at Women In Sport.

Mental-health issues, such as depression and anxiety, have soared as a result.

She adds: “Girls told us they felt sluggish and lazy after sitting at home for so long, and their wellbeing suffered more than that of boys.

"While most girls can tell you the health benefits of sport – such as better sleep, lower stress and reduced risk of disease – translating that into behavioural change and activities they enjoy is very different and far harder.”

Like many other initiatives, This Girl Can has been badly hit by the pandemic.

Launched in 2015 and funded by Sport England and the National Lottery, it was billed as: “The first campaign of its kind to feature women of all shapes, sizes and sporting abilities that sweat and jiggle as they exercise.”

Costing £27million over seven years, it has been viewed as a game-changer, but Kate says: “We’ve had phenomenal success with This Girl Can, but then Covid came along.

"Data tells us that 4 million women aged 14-plus became newly active between 2015 and 2020, and we were really starting to close the gender gap.

"The setback caused by Covid is a real concern. Our biggest priority is to support girls and women in finding a way back – even if it’s just going for a daily walk.”

Now Abi, a TV production assistant, only does occasional trampoline classes and avoids the gym. 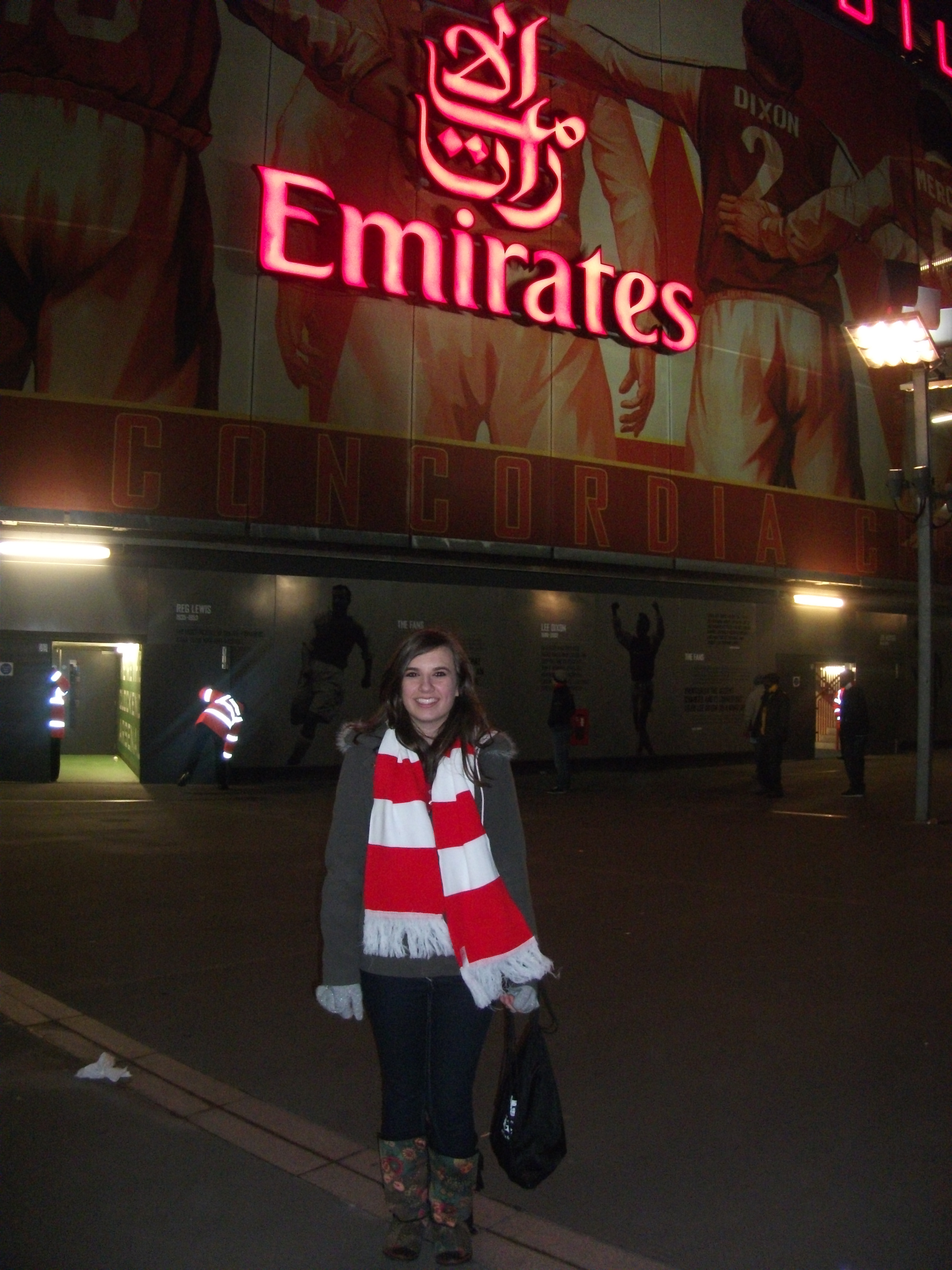 Her inactivity not only affects her self-esteem but leaves her feeling unhealthy and tired, too.

“The gym always seems judgemental to me – especially in the weights area,” she explains. In the wake of Sarah Everard’s murder in London in March, Abi is wary of running outdoors, too.

“I feel more vulnerable now, as do most of my friends. You always have to look over your shoulder as a woman,” she adds.

“The sports and activity sector really needs to stand up and say: ‘no more’ to creepy behaviour in gyms, the park and our streets. We need an entire cultural shift with a zero-tolerance policy.”

Abi also believes campaigns by the likes of Sport England need to be more targeted at her demographic.

“This Girl Can is brilliant, but it seems aimed at mums aged 35-50, so doesn’t reach me,” she explains.

"But it has focused less on teenage girls and more on women. We need greater understanding of teenage girls’ lives and why they disconnect from sport.

"Many feel that sport is irrelevant to them, and there’s also a complex set of barriers, including social deprivation and ethnicity.”

Daniella Awobona, 17, from east London, has faced many such barriers after starting to play football at primary school.

“I was only nine or 10, but was constantly told football is not for girls,” she recalls. 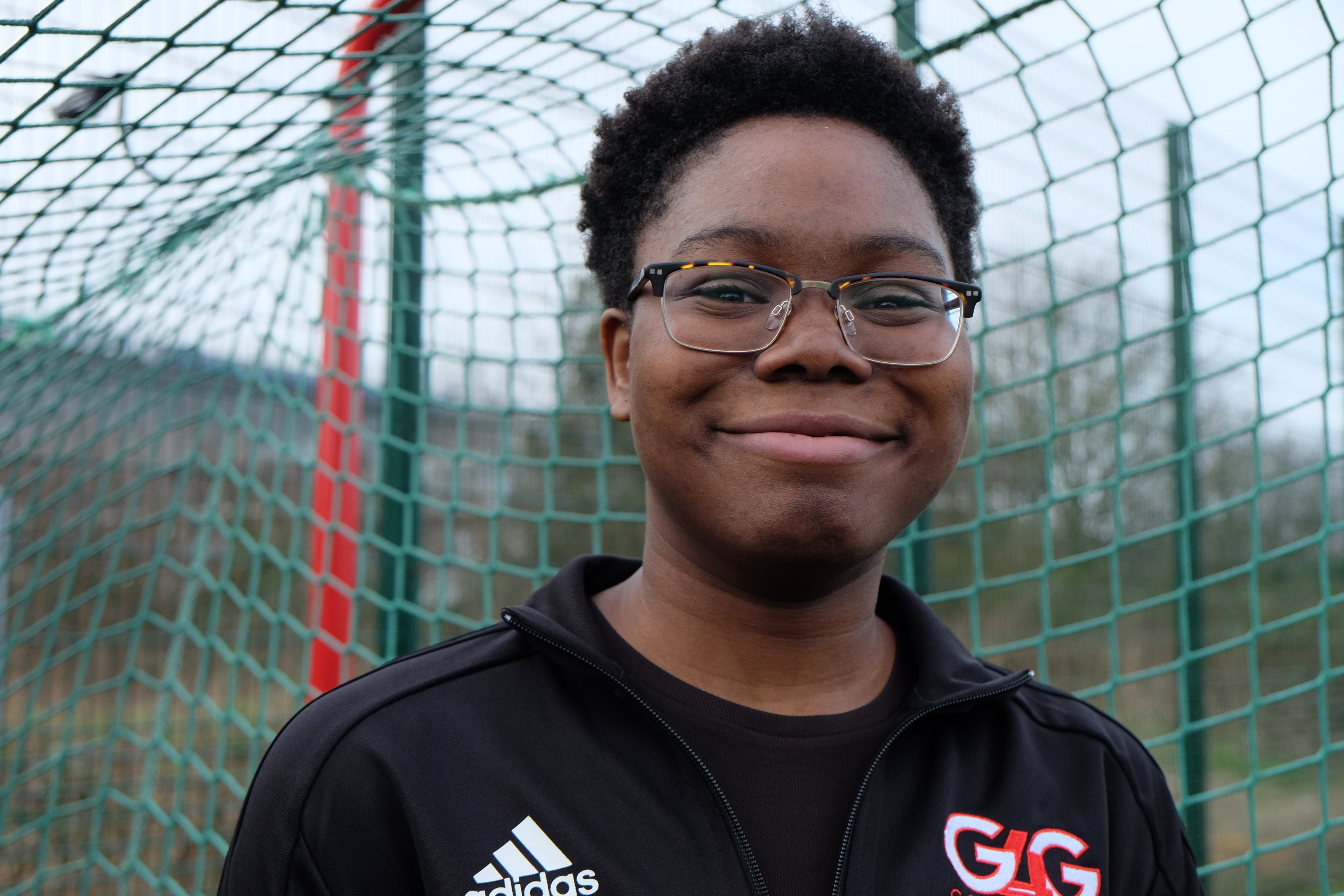 “My parents are originally from Nigeria, and culturally I was supposed to stay in and do chores, not go out playing football.

"My older brothers were all allowed to play and it felt so unfair to me. Boys at school always told me I couldn’t kick a ball straight, which really upset me.”

“When you’re told enough times that you shouldn’t do something, it crushes your confidence and makes you believe it,” she says.

As a result, she developed anger issues and got into trouble at school. But in March 2016, aged 12, she joined a programme run by Goals4Girls, a London-based organisation that provides educational support, mentoring and football coaching to girls in marginalised communities.

“Goals4Girls rescued me,” Daniella says. “It reintroduced me to playing football, gave me an escape from my problems at home and helped me to do better at school

"Playing football always makes me feel free and calms me right down.”

Daniella’s mentor was Goals4Girls’ founder, former Manchester City youth player Fran Brown, 30, who suffered from crippling anxiety growing up, and even tried to take her own life.

“Fran has been like a mum to me,” says Daniella. “She’s been the role model I needed and even helped me buy my first football boots.”

Although Goals4Girls has supported more than 1,400 girls since 2013, the mission is far from easy.

“We still see a chronic lack of opportunity for girls,” says Fran.

“There are not enough female teams, while confidence issues, a lack of encouragement and the pressures of academic work all contribute

"We also witness sexism on a daily basis, with males leering or jeering at girls playing football.”

Still, the benefits of the Goals4Girls scheme seem clear: girls who participated in the programme experienced greater self-confidence, improved health and felt less depressed, while Fran says that 94% of those at risk of school exclusion have stayed on, with many going into higher education and careers.

After graduating from Goals4Girls in September 2020, Daniella’s ambition is to join the Army – and she still plays football when she can.

But she continues to have issues around playing sport, including problems with body image and feeling self-conscious when she has her period.

“It creates anxiety and stress, and can be very exposing. Around 42% of girls avoid exercising while on their period, and because it’s so taboo they try to hide it. 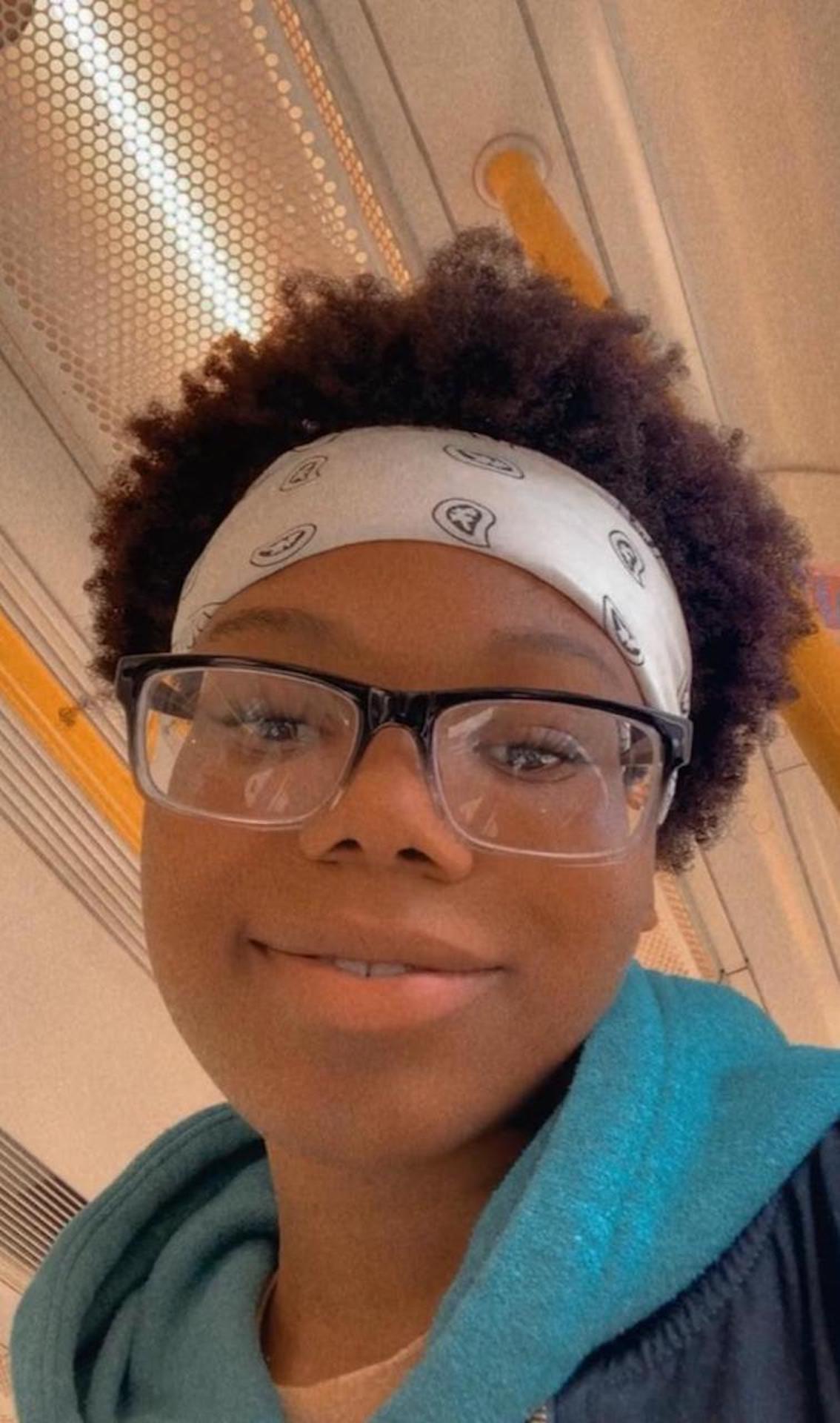 "They have a strong fear of leakage. It’s still seen as shameful and embarrassing, which is so sad and unnecessary.”

The gender stereotyping that Daniella suffered as a youngster is ingrained in society, says Tanya: “It starts in primary school, with schools and parents automatically putting girls into sports like dance and gymnastics rather than football or rugby.

"Girls grow up thinking: ‘That’s for boys, not for me.’ It becomes a space where they don’t feel welcome or good enough, and it follows girls into adulthood.”

Tanya adds that renewed efforts are needed from the government and sports organisations post-pandemic: “We were on a great upward trajectory – in the summer of 2019, nearly 30 million people watched the Women’s World Cup.

"But the momentum has been lost because of the pandemic and the visibility of women’s sport has declined. It’s going to be a slow road back, but we have to engage girls so that they develop active lifestyles. The will is there, but we need more action from all sides.”

As for Daniella, she believes change must start in schools. “Teachers have got to step in and genuinely excite girls about PE and sport, so they don’t just stand at the back and get bored.

"Football has saved me personally, and so many other girls could benefit in the same way. After the past year, the lifeline that sport can provide is more important than ever for young women.”

Reebok Premier Road Modern Returns With Its Most Sought-After Colorways

Halima Aden on Diversity in the Modeling Industry: "This Isn't a Trend . . . These Women Are Here to Stay"