STOMACH-CHURNING photos show why you should consider vacuuming your home every single day.

Gross pictures were uploaded to a Facebook cleaning page by a mum, which show a pile of dust that she claims settled in her home in just a few days. 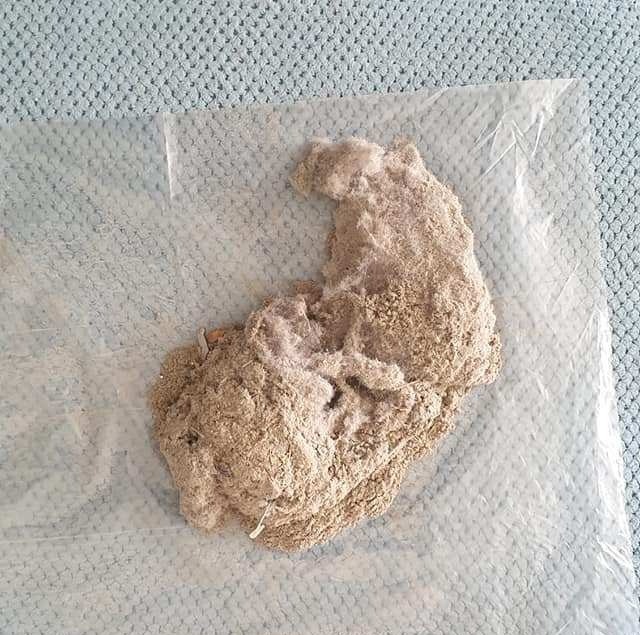 The Australian woman said she vacuums the carpet of her “small, three-bedroom home” every week, and does the hard surfaces “several times a week”.

She also keeps shoes and pets outside if possible, and has the windows closed – to limit the amount of dirt that accumulates.

The photos, which show the staggering amount of dust that collected despite her precautions, have prompted horrified responses from homeowners.

One person replied, saying: “'My vacuum is full every day too and I'm the same as you with no shoes etc. It's amazing what is in the carpets.”

Another added: “I used to live near a main road and my house was very dusty. The amount of dust you vacuum up is similar to mine – a lot!”

And a third contributed: “At first glance I thought the dust pile was a dog.”

Some people argued that the “dirt” was actually natural fibres resting on the carpet, with one writing: “That's your carpet underlay.”

A second continued: “It could be because your carpet underlay and backing are breaking down.”

Others said that her closing windows actually isn’t the best method for keeping your home spick and span.

One person explained: “I personally air my house out by opening lots of windows, fresh air to release build up of chemicals and stop moisture or mould from building up inside.”

A second agreed: “Open windows decreases allergens in the air, kills bacteria and germs and freshens your house up.”

Cleaning experts advised Elite Australia that you should vacuum all surfaces, including carpets, floor rugs, flooring, tiles and lino, at least once a week.

We shared how mums are raving about a £50 vacuum they say is BETTER than a Dyson.

We also revealed that Aldi has designer dupes of Marc Jacobs and Dior perfumes for £4.99.

Paris Hilton Loves That the '00s Trends She Started Are Now Back: 'Everyone Thought I Was Crazy'