For months the 19-year-old went back and forth complaining of the same symptoms. 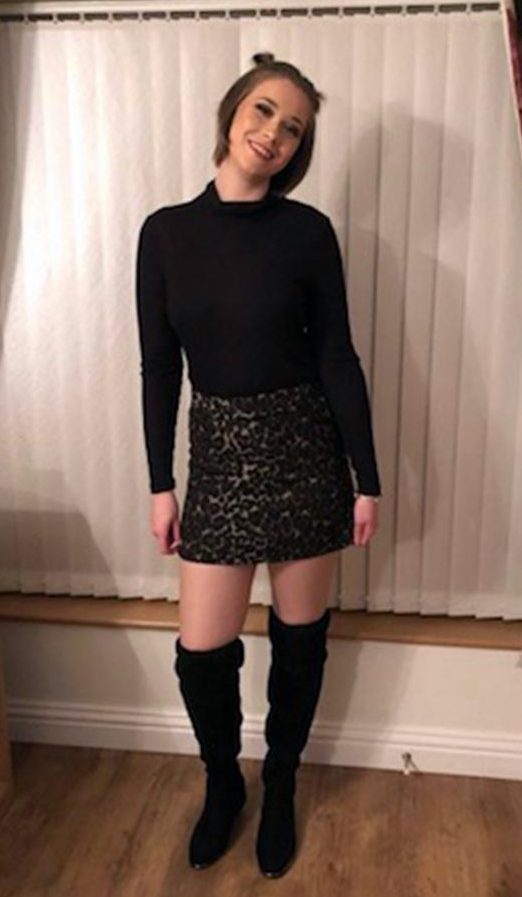 She was plagued by her cough for three months as her chest pain got worse, and she felt exhausted all the time.

But six times her GP told her it was nothing more than asthma.

Sophie managed to get through her A-levels, achieving the grades she needed to get into her first choice university.

Yet, eight months after first going to see her doctor, she still wasn't feeling better. 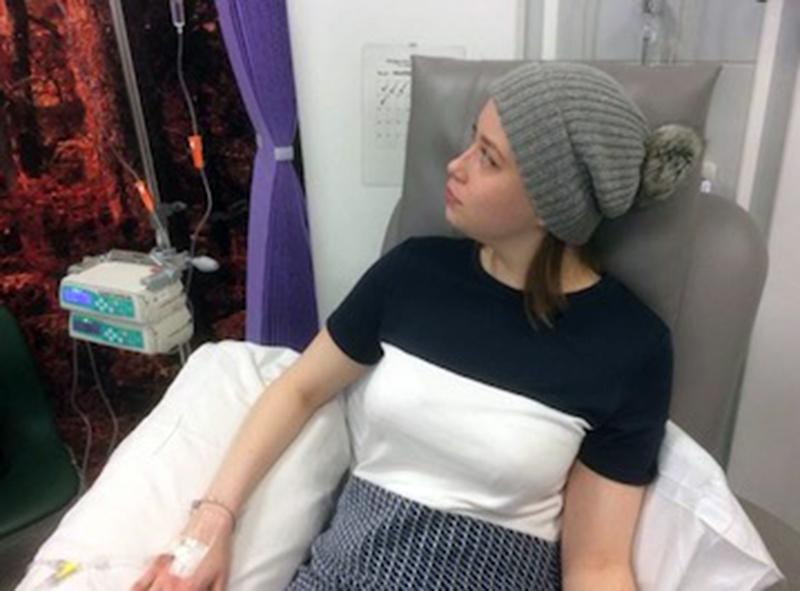 It was then that an X-ray revealed a tumour growing in Sophie's chest.

The mass was a staggering 10cm, and led doctors to diagnose her with Hodgkin lymphoma.

She was forced to put her life on hold while she underwent treatment, and now the teenager is calling on other youngsters to speak up when they fear something is wrong.

Sophie, from Basildon in Essex, said: "You know your own body better than anyone so trust what you feel and keep going until you get the answers you need. 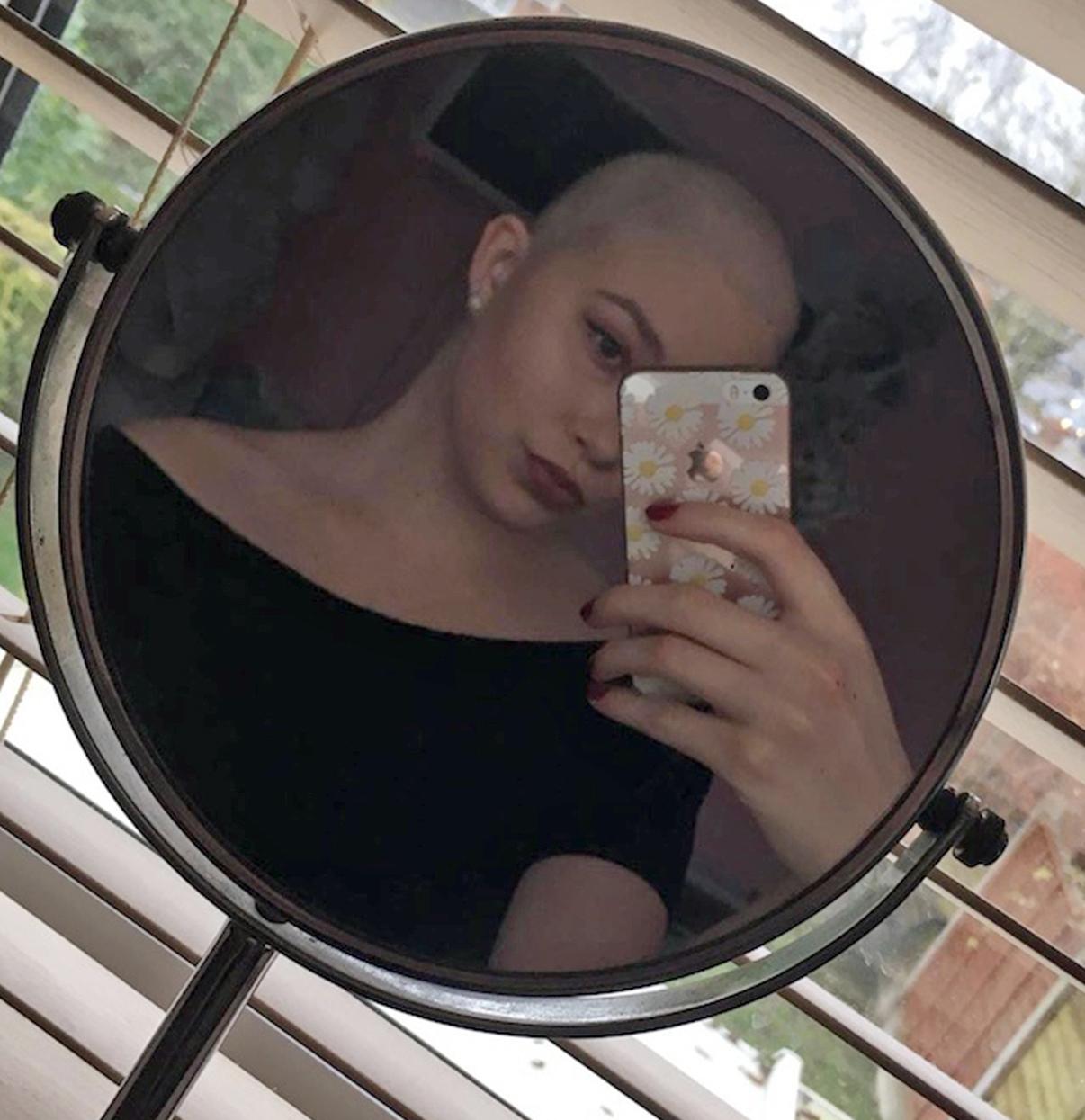 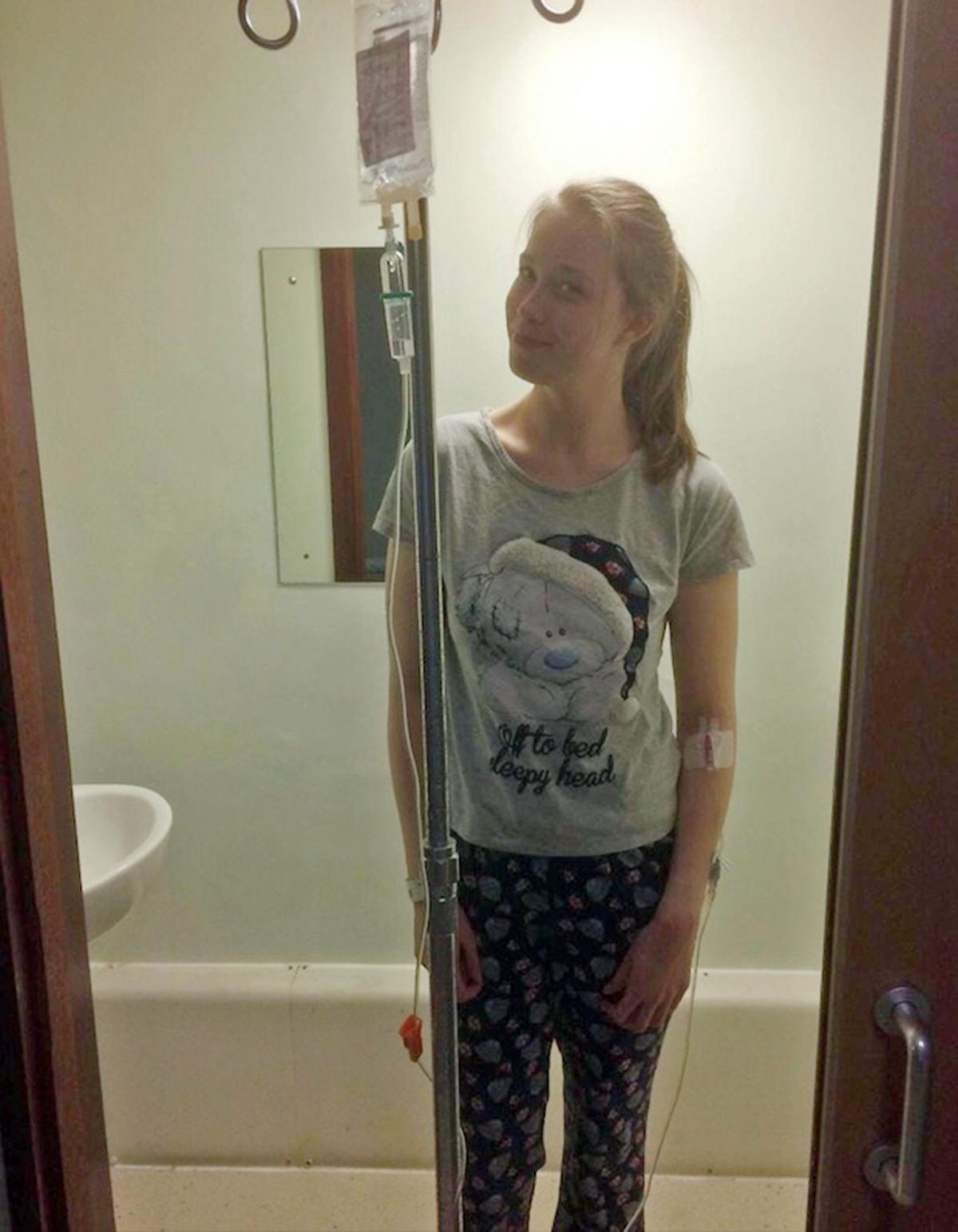 "When I got the call that they had found a mass on the right side of my chest I felt my heart sunk to a sludge.

"I never expected that to happen, it was quite frustrating for me and my family as I had been so many times.

"In a way I was relieved as I knew something was wrong with me and could be done about it, but I was petrified."

She added: "It should have been picked up earlier as I had been to the doctors five or six times over eight months before I was diagnosed."

WHAT ARE THE SYMPTOMS YOU NEED TO KNOW?

HODGKIN lymphoma is a rare cancer of the lymphatic system – the network of blood vessels and glands throughout the body.

The lymphatic system is part of the immune system.

Hodgkin lymphoma happens when B-lymphocytes begin to multiply out of control and gathers in lymph nodes (glands).

The most common sign of the disease is a painless swelling in a gland, usually in the neck, armpit or groin.

The disease can develop at any age but is more common in adults in their early 20s, and those over the age of 70.

After being diagnosed with Hodgkin lymphoma – a cancer of the lymphatic system, the network of vessels and glands in the body – Sophie was referred to the Teenage Cancer Trust unit at UCL in London, in September 2017.

She underwent chemotherapy and radiotherapy, while her friends enjoyed their first year at uni.

While they went out and got drunk, she lost her hair after six cycles of chemo and 16 days of radiotherapy.

"Losing my hair was the worst thing at first as that is what you associate with cancer but it does get better, you just adapt to it," she said.

"Being in the ward made it better as you realise you are not the odd one out and seeing everyone there being comfortable with no hair." 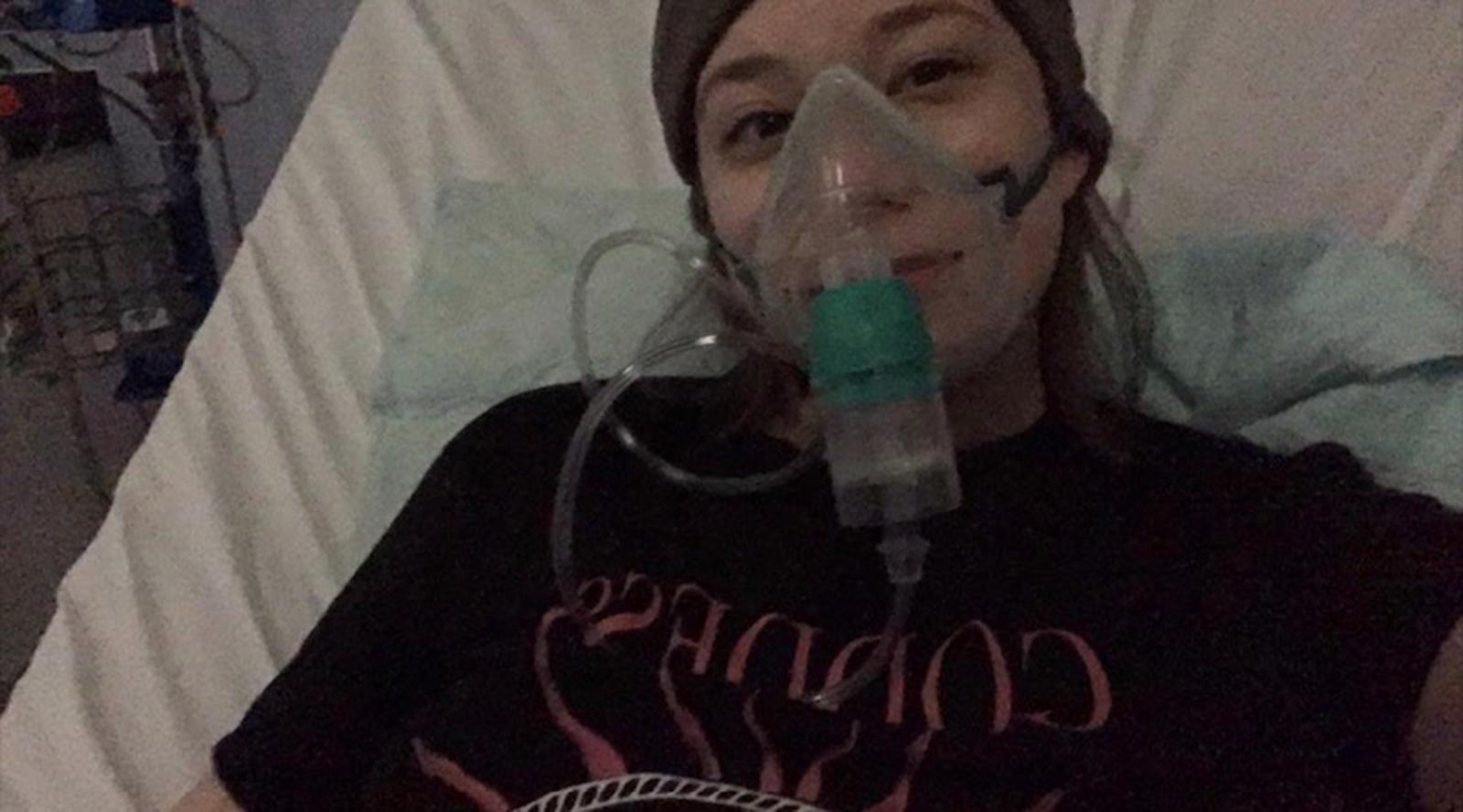 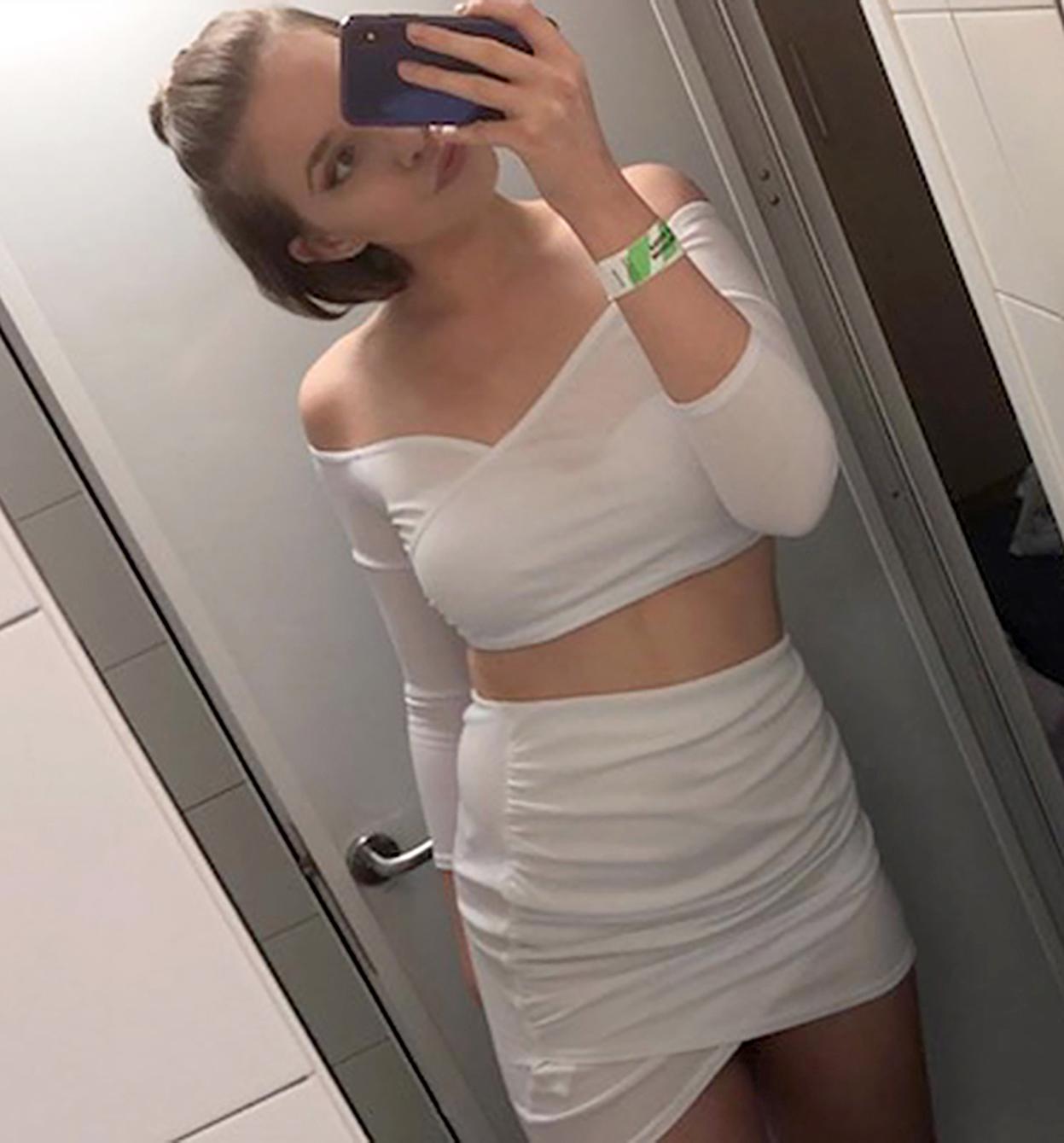 In July, Sophie was given the all clear and was able to take up her place studying biological sciences at Reading University.

The 19-year-old thanked the Teenage Cancer Trust who helped her face treatment while all her friends were enjoying "normal" life.

She said: "You wouldn't expect it but the Teenage Cancer Trust units have such a happy atmosphere, and my friends could visit any time, which was brilliant.

"I feel so lucky to have been given my treatment at a Teenage Cancer Trust unit. It changed my outlook on my situation."

The Teenage Cancer Trust has urged others to follow in her footsteps and to keep fighting for a diagnosis.

Sasha Daly , deputy director of policy and influencing said: "Cancer, whilst rare in young people compared to adults, is still the biggest killer of young people by disease.

"We know that early diagnosis can make all the difference.

"We too often hear heart-breaking stories about young people who are diagnosed with cancer too late.

"We want this and future generations to be armed with the right information, so they are more likely to feel confident to visit their GP or talk to their family if they have any health concerns."

I’m a plastic surgeon and there’s a perfect lip shape on a woman – do YOU have the key features?