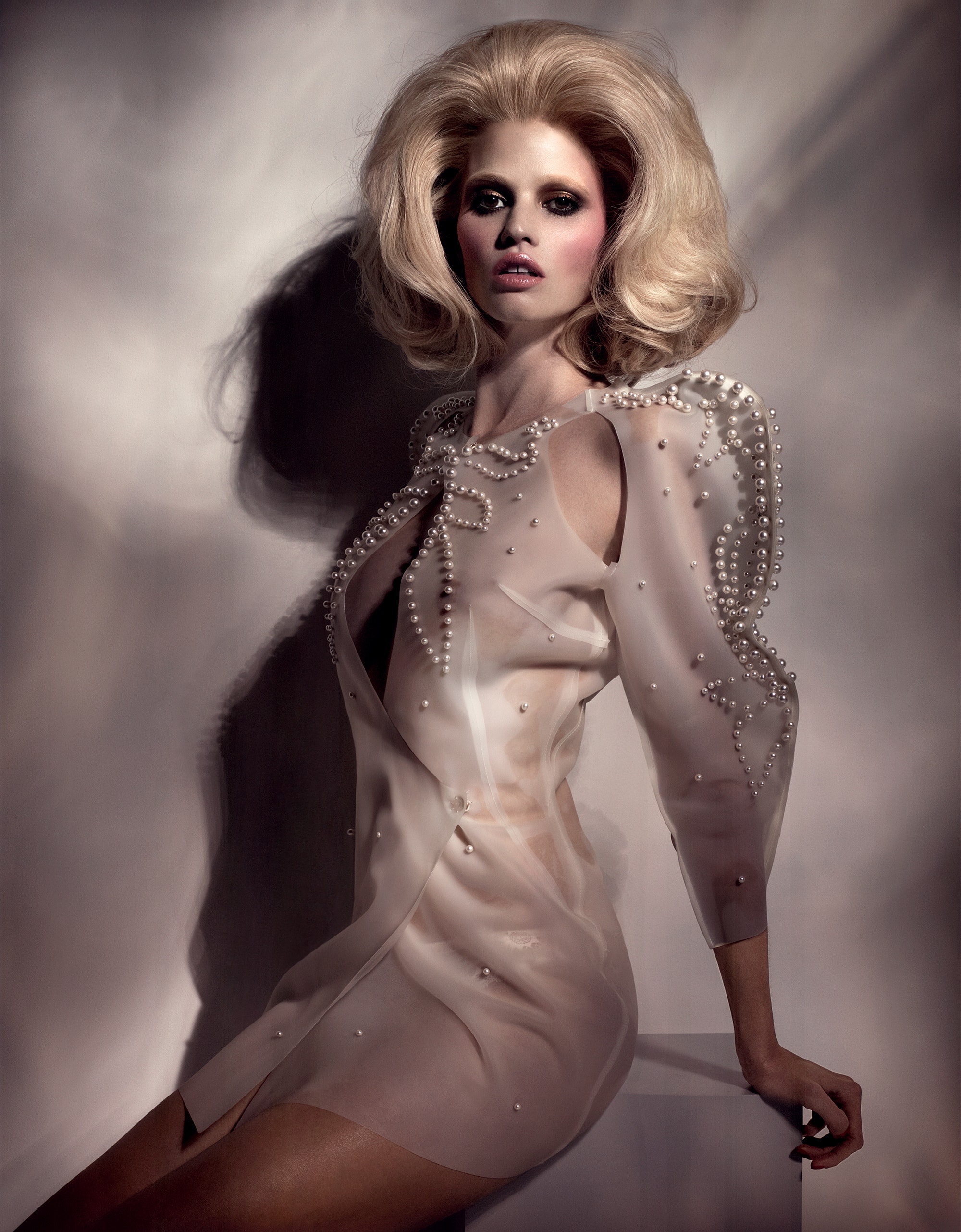 Despite being the definitive supermodel of the late ‘00s, Lara Stone tends to keep her personal life out of the spotlight. Though, the supermodel seemed more than happy to share some major news with her Instagram followers on Monday: “Got to marry my love this weekend,” she wrote, tagging the property developer David Grievson. (Congratulations quickly poured in from fellow models like Natasha Poly, Mariacarla Boscono, and Karlie Kloss.) The low-key ceremony was held at the town hall of Hungerford in southern England, and apparently limited to friends and family outside of the fashion industry.

Stone is well over within the fashion industry, and her career milestones include a semi-exclusive contract with Prada, being named the British Fashion Awards’ Model of the Year in 2010, dozens of covers across the globe, and placement on Forbes highest-earning models list. In 2009, W put her on the cover proclaiming her “Fashion’s ‘It’ Girl.” Though, for New York Times fashion critic Cathy Horyn once labeled her the “anti-model” for her distinctive appeal.

For her wedding, Stone wore a long-sleeved, V-necked gown by Tephi, topped off with a waist-length veil embroidered with stars. The 37-year-old has a relationship with the London-based bespoke bridal label, which has previously tapped her for its campaigns. (So, of course, have many houses—though Tephi is the only one to have a “Lara Jumpsuit.”) Still, the choice comes as something of a surprise. In 2010, Stone married her ex-husband, the comedian David Walliams, in a brocade corseted gown and silk cape custom-designed by her friend Riccardo Tisci, then of Givenchy. The designer, who was one of the very first to embrace the gap-toothed model, was also behind the gold sequined mini-dress Stone wore to the after-party (and later framed).

Grievson has remained something of a mystery since he and Stone met on Tinder in early 2018. All that the public can see on his Instagram is a link to one of his Airbnb properties (where you can also find his guide to London). Though Grievson, who got engaged to Stone in 2019, has had a steady presence in her Instagram comments: Just a few months into their relationships, he once described himself as an “#unknownbeardycuddlecushion.”

After Karl Lagerfeld, What’s Next for Chanel and Fendi?