A SURROGATE for a couple living in China has been forced to raise the baby for almost a year due to Covid-19 travel restrictions.

Emily Chrislip, 25, from Idaho, gave birth to the young girl on May 18, in the middle of the pandemic. 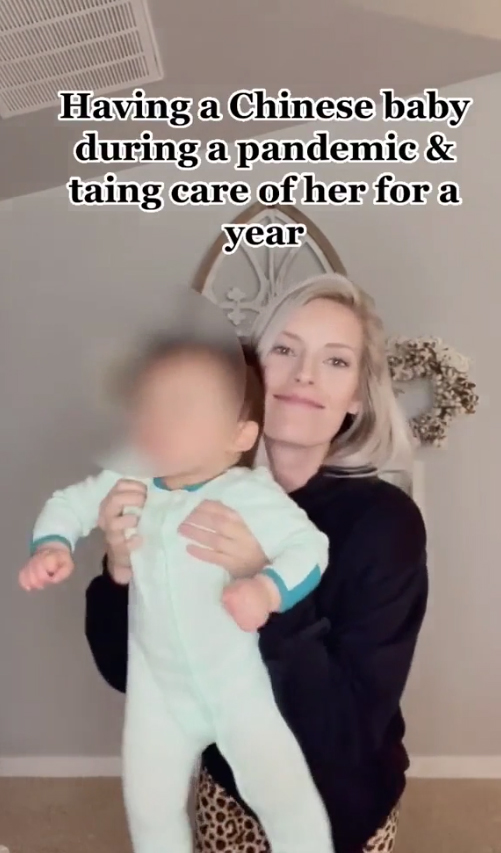 She and husband Brandon, who have a son of their own, agreed to look after the baby for four weeks, but it has now been nearly 12 months.

Emily told People: “At first, we thought it would be a max four weeks, and then it kept getting longer and longer.

“At this point, we've just accepted that we don't know… but we wouldn't have it any other way. She is so loved and right now, we are the constant in her life.”

Emily made the decision to be a surrogate after the birth of her son Camden, who is now two years old. 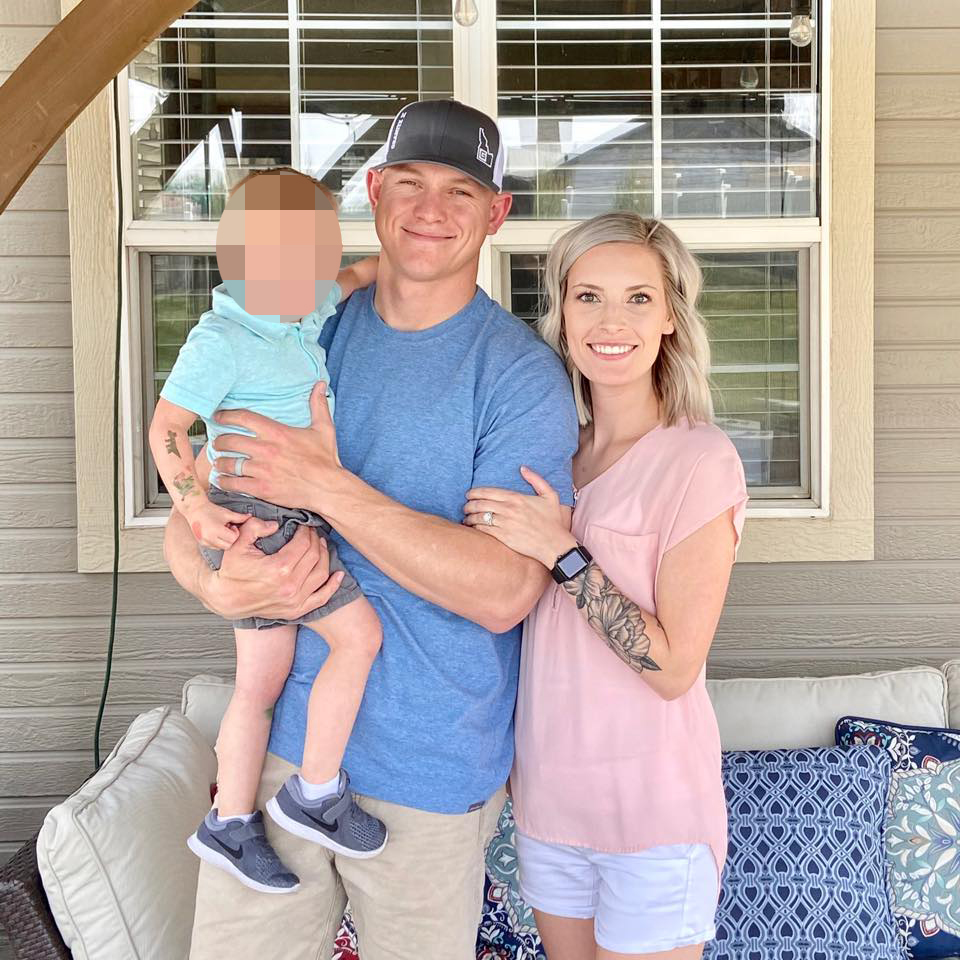 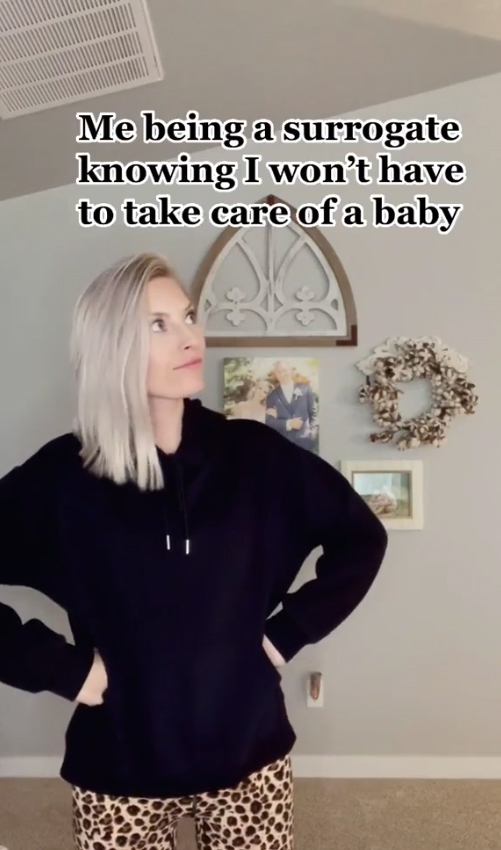 She said that she could not imagine not being able to have her own biological child, and had been lucky enough to have an easy pregnancy, so looked into the process.

Emily was chosen in September 2019 to be a surrogate for a couple in China.

She continued: “The initial plan was for her parents to be here for the birth. 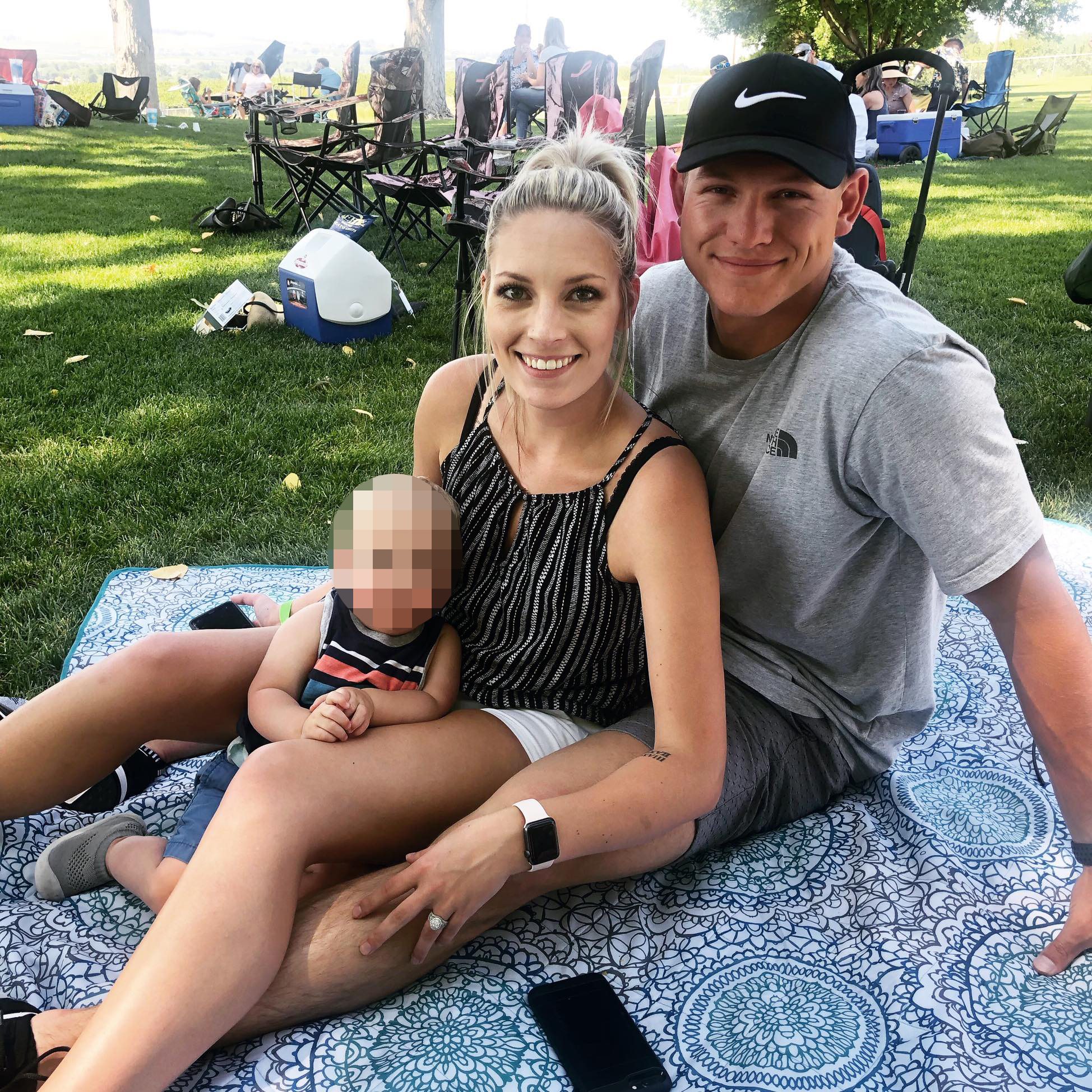 “We were going to let them be in the delivery room to see her be born and then they would have had their own room at the hospital with her and my husband and I would have had our own room. At the time of birth, my job was supposed to be completed.”

However, two months before she gave birth, the coronavirus pandemic put everything on hold, and the biological parents were unable to travel to the US from China.

The baby’s parents asked the couple if they would care for their daughter, instead of her being left with a nanny agency.

Although it was a tough decision to make at first, they decided it was the right thing to do – but they had no idea it would last nearly a year.

Emily said she tries to put “barriers up” knowing that they will one day have to give her away.

She explained: “We definitely love her and will always care for her, but we understand she is not ours.

“We just treat her as our own because at this stage in life it is so important to have the proper attention and love.”

At this point, we've just accepted that we don't know… but we wouldn't have it any other way. She is so loved and right now, we are the constant in her life.

It is illegal in the UK to pay a surrogate, except for their reasonable expenses.

After the year they’ve had, Emily admits she’s not sure if she could be a surrogate again, although would consider it for the same parents if they wanted more kids.

We shared how a woman gave birth as a surrogate in lockdown and ‘wasn’t fazed’ when she handed the baby over – it was all so beautiful.

And Britain’s most prolific surrogate mum says 15TH baby won’t be her last… even though she’s 52.

Everything We Know About Katherine Schwarzenegger's Custom Wedding Dress