SHE may be one of the most famous children in the world – but that hasn't stopped Princess Charlotte from looking up to her mother like most little girls.

Last week, royal fans went wild when they noticed how the Duchess of Cambridge's five-year-old daughter had copied her ponytail flick.

👑 Read our Meghan and Harry live blog for the latest news and gossip... 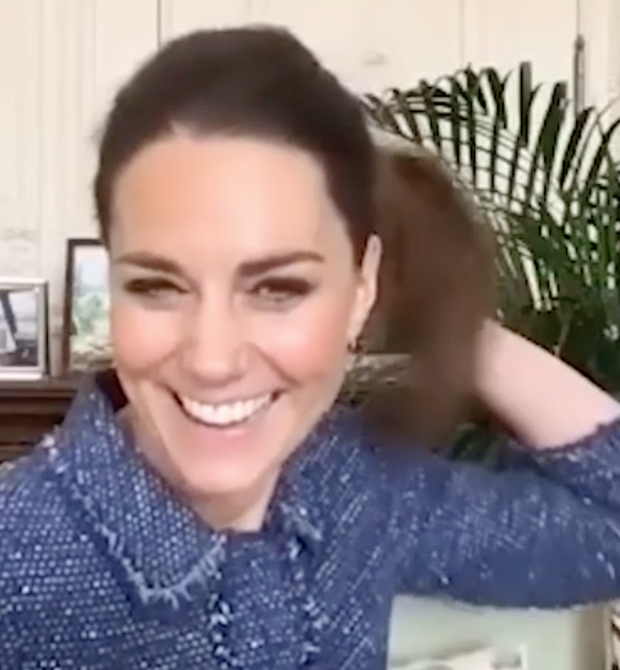 Here Fabulous takes a look back at all the ways Princess Charlotte is following in the mum's footsteps – including the "Duchess hand clasp".

Earlier this month, Kate Middleton appeared on a video call with teachers from Ribbon Academy, County Durham, while sitting in her office at Kensington Palace. 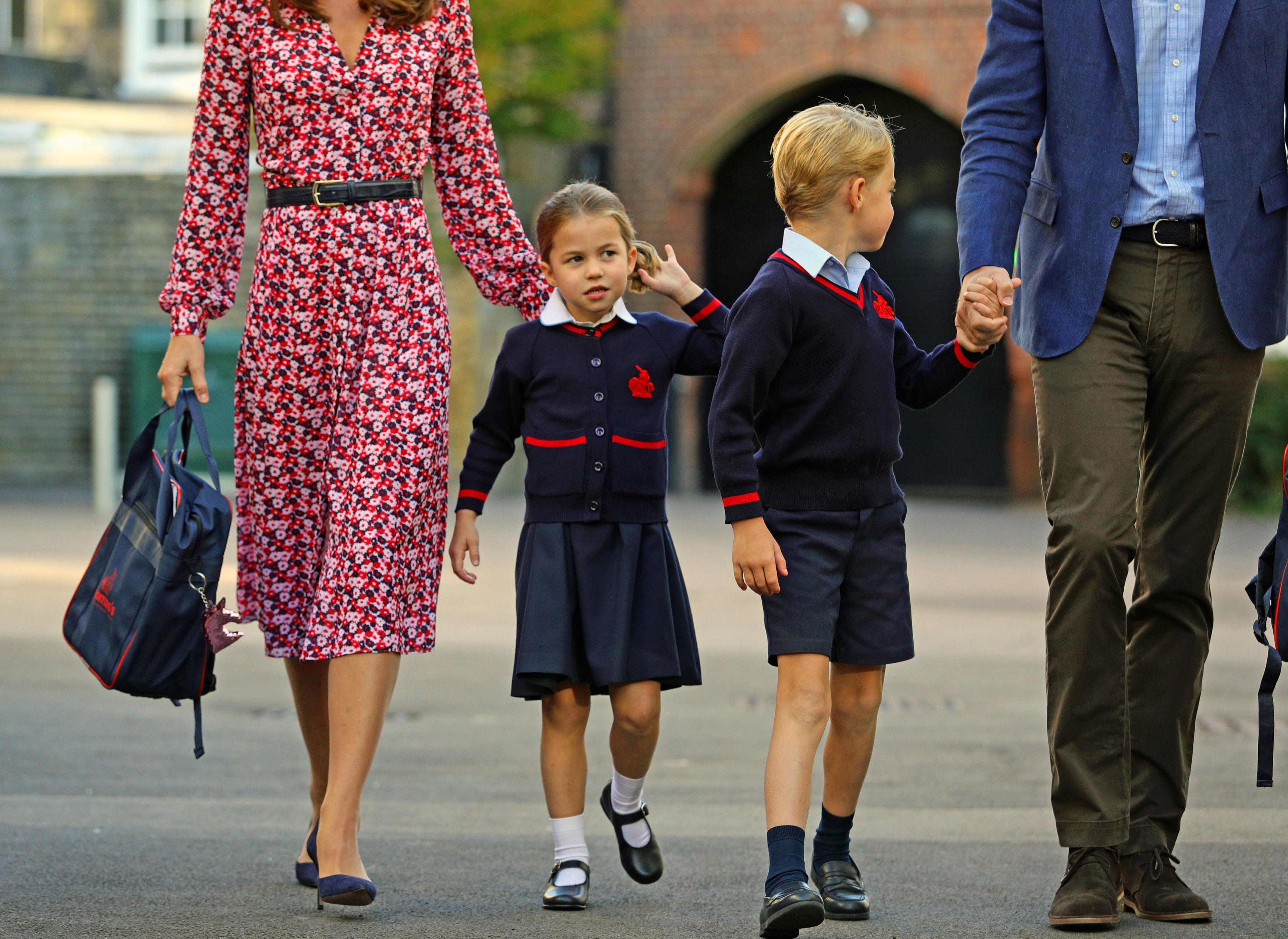 As she chatted to the essential workers, the Duchess was filmed twisting her long brown ponytail and tossing it over her shoulder to keep it out of her face.

And while most of us wouldn't have thought much of this, it reminded diehard royal fans of Princess Charlotte's first day of school back in 2019.

Arriving at the school gates with her parents and older brother Prince George, a nervous-looking Charlotte was pictured tossing her ponytail before being introduced to her new teacher.

The TikTok account royalfancams spotted the mother and daughter's shared mannerism and posted a video of the two clips for their 207,000 followers. 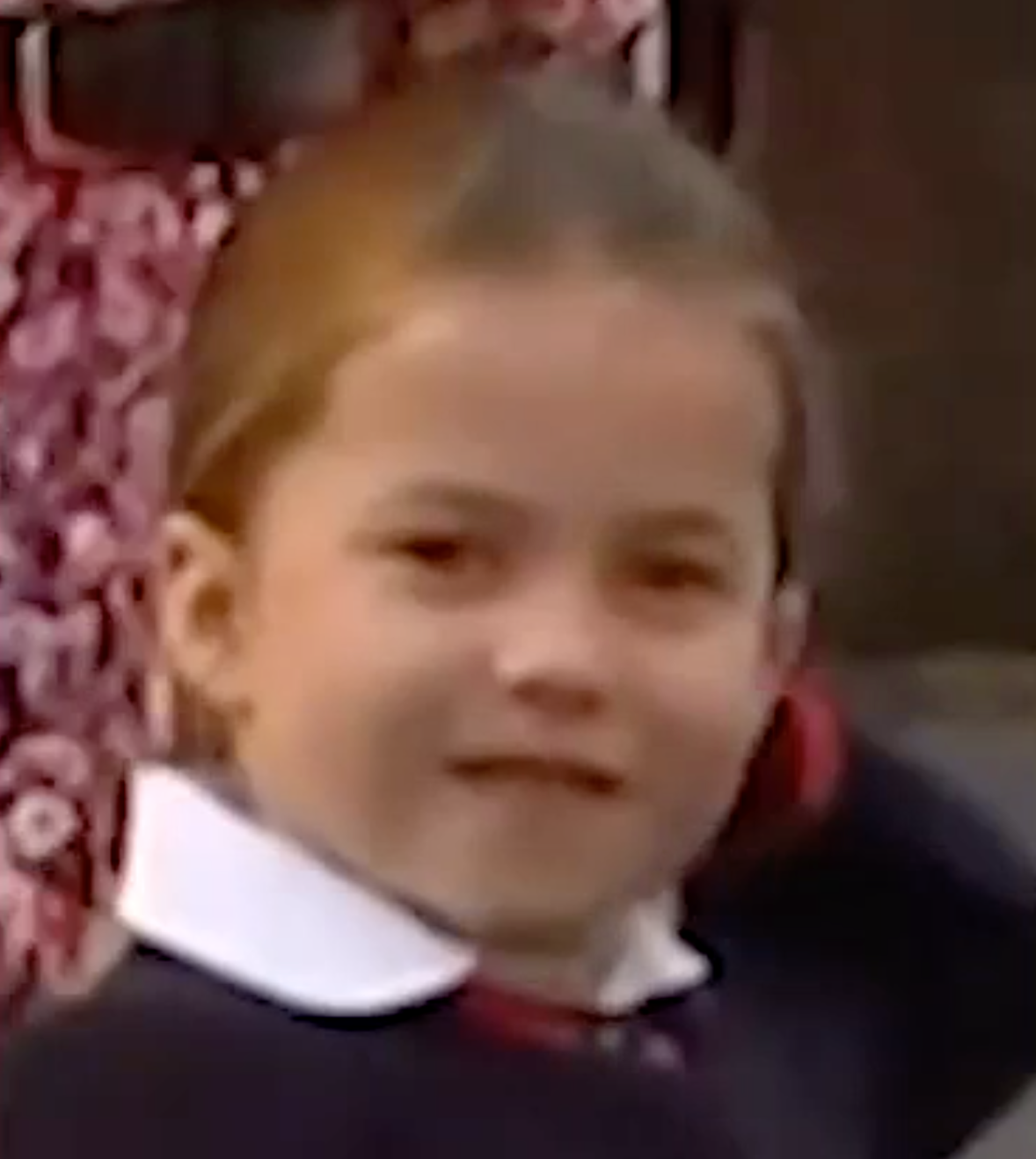 Ever wondered how Kate Middleton always looks so elegant? Stunning wardrobe and bouncy blow dries aside, the mum-of-three often relies on the "royal hand clasp" while out in the public. 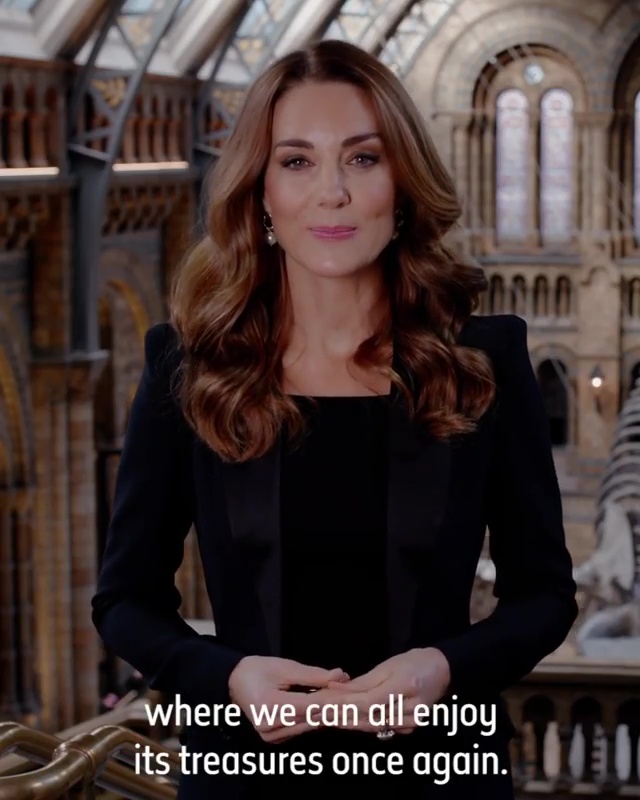 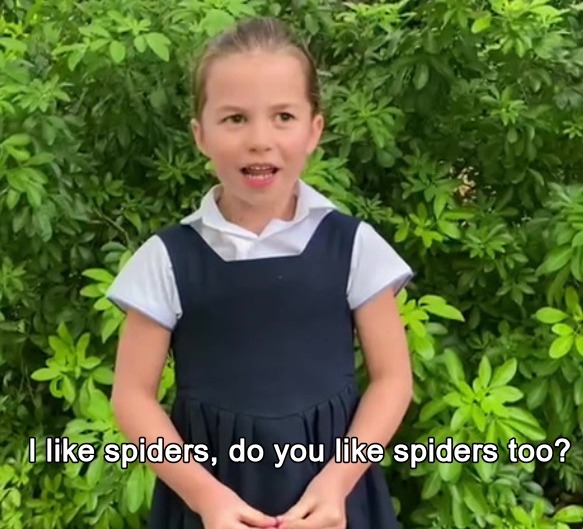 In October 2020, the Duchess looked sensational in a crisp black suit as she announced the winners of the Natural History Museum's photography competition.

While speaking to camera, the Duchess interlocked her fingers in a move often used by The Queen.

Speaking to Sky News, behavioural psychologist Peter Collett claimed: "[The hand clasp] is a demure defence posture and it is designed to be unthreatening. But it is also a respectful gesture."

Last summer, Kate and William's children spoke for the first time on camera as they quizzed David Attenboroguh about his favourite animals.

Mirroring her mum's hand gesture, five-year-old Charlotte gushed: ""Hello David Attenborough! I like spiders – do you like spiders too?" 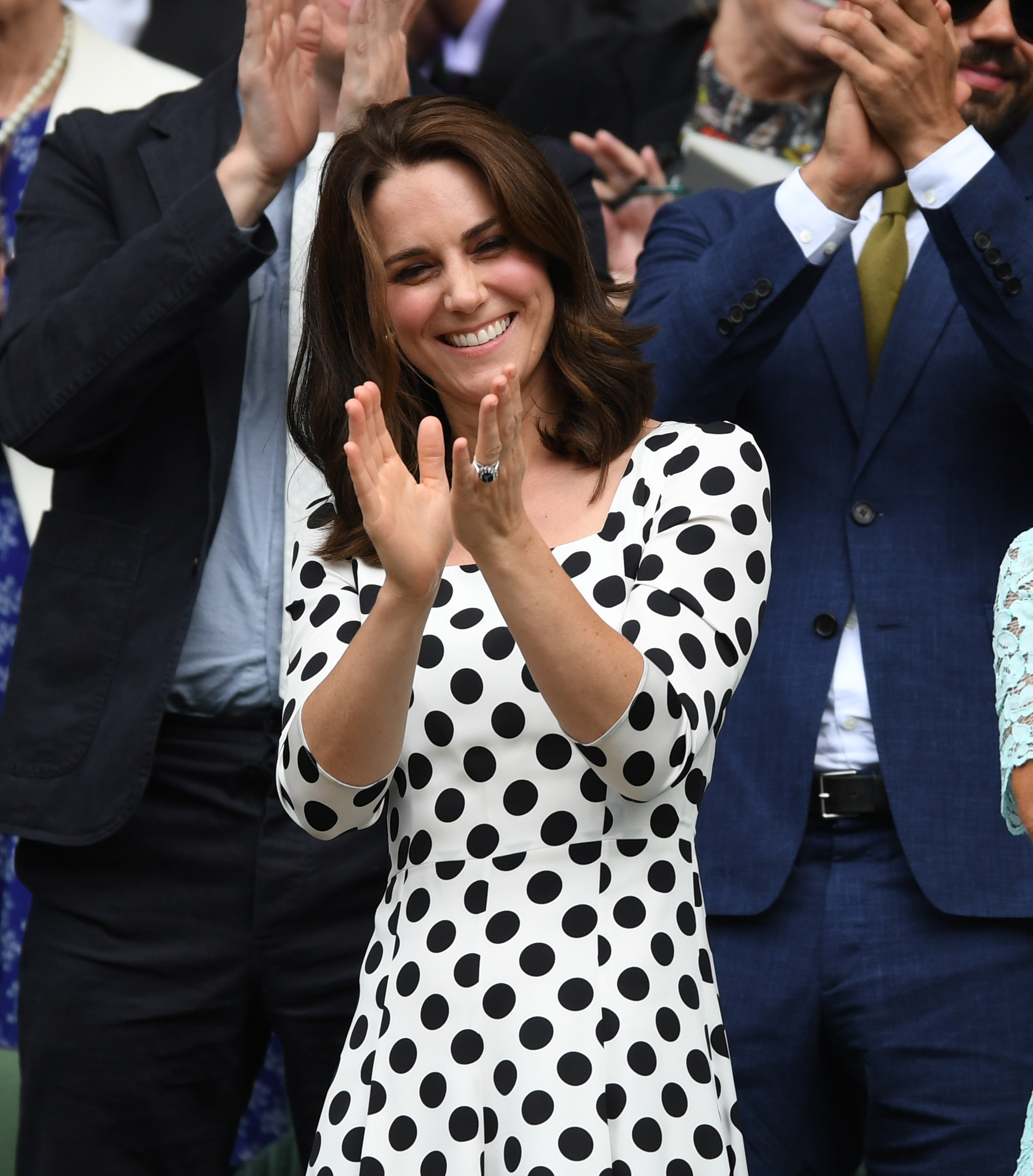 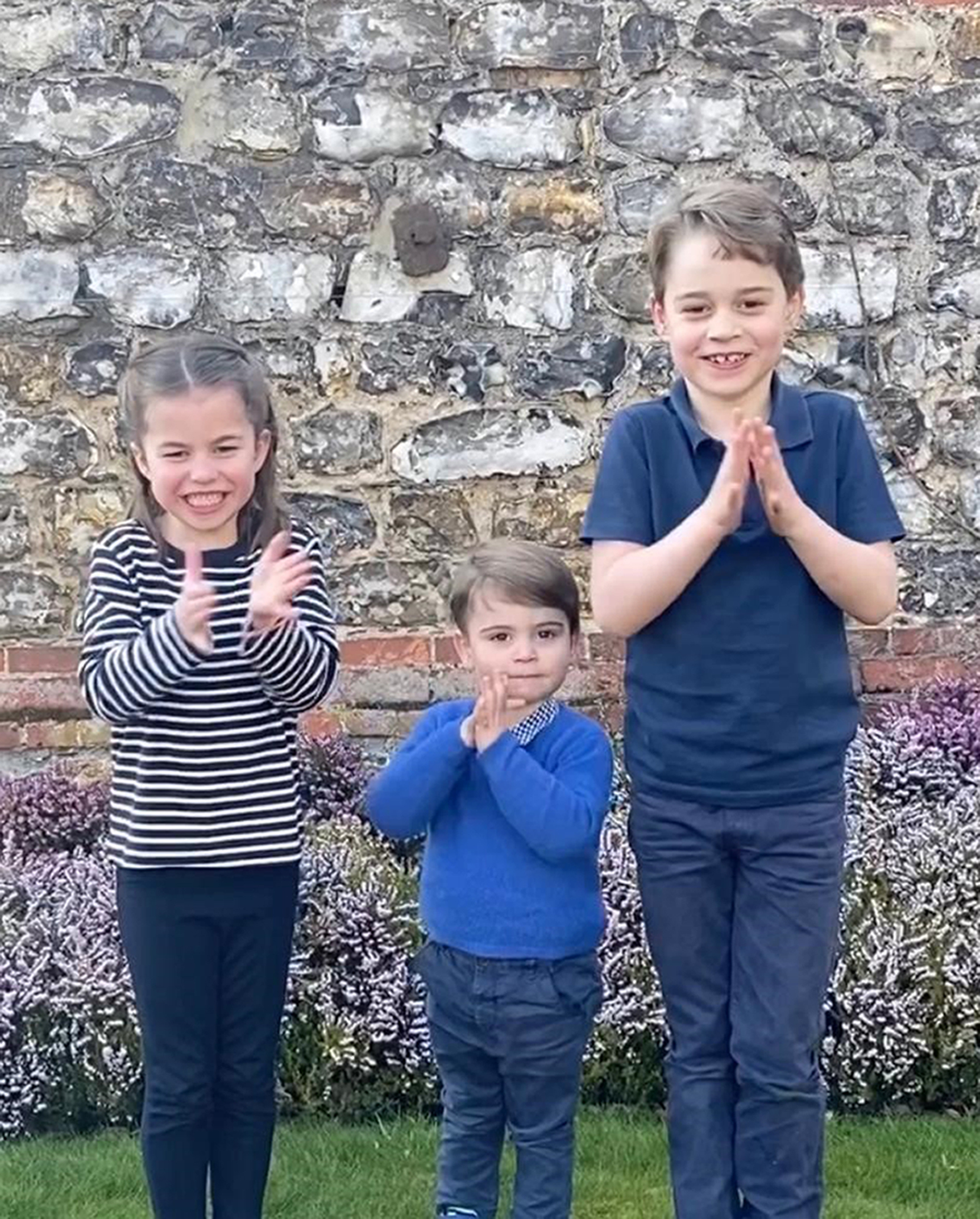 Like families up and down the country in 2020, the Cambridges also took part in the weekly Clap for Carers.

Pictured in the garden of their Norfolk home Anmer Hall, Princess Charlotte and her brothers Prince George and Prince Louis were filmed clapping to show their support for the NHS during the pandemic.

And just like her mother Kate, Charlotte also tilted her head slightly as she clapped – which body language expert Judi James told the Express shows "confidence and authority".

And Princess Diana ‘would have banged William and Harry’s heads together to fix rift’, royal biographer Robert Jobson claimed.