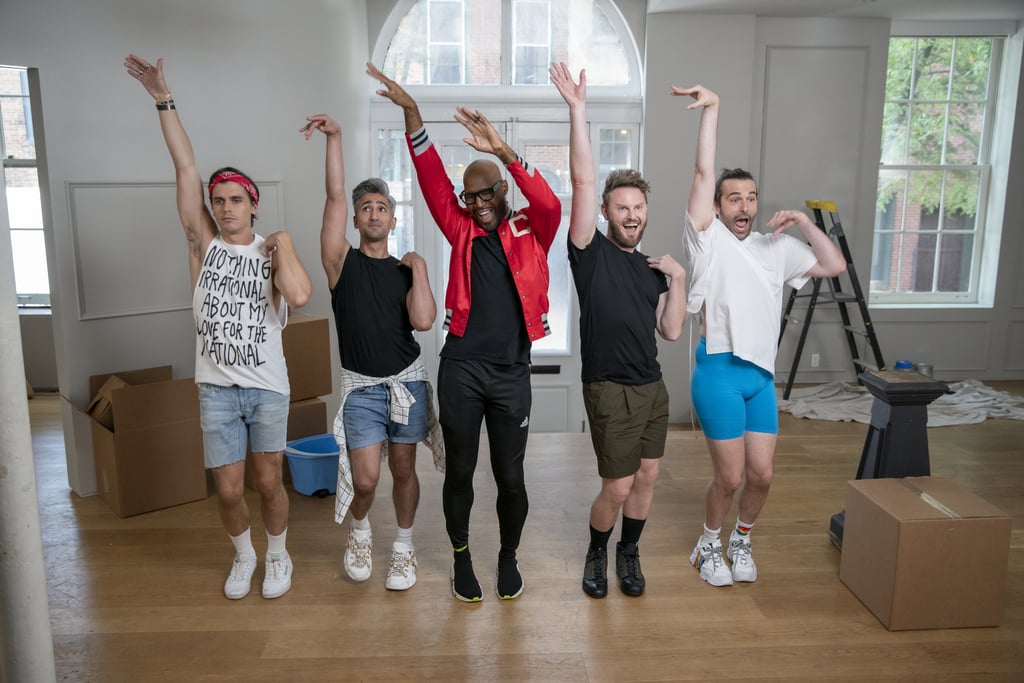 Queer Eye‘s Fab Five are a continuous source of inspiration season after season, but you already knew that. It’s not just the people whose lives they touch in every episode who take their advice to heart — it’s us, too. And personally, I’ve been nothing but awed by Tan France, Karamo Brown, Bobby Berk, Jonathan Van Ness, and Antoni Porowski’s unique senses of style throughout season five, which was just nominated for two 2020 Emmy Awards. Tan, with his rhinestone Gucci platform sneakers, and Karamo, with his self-made slogan tees and designer belts, have become iconic — and every one of the guys has his own take on the most sublime co-ords, whether it’s Bobby’s foil-esque track set or Antoni’s flashy metallic pink pantsuit.

Even though Tan is the hero in the wardrobe department during their makeover sessions, the rest of the crew clearly have an eye for style and were more than willing to share their own personal fashion perspectives for this past season. I talked to Tan (fashion), Karamo (culture), Antoni (food and wine), and Bobby (interior design), who was nominated for his own Emmy Award in the outstanding host category, and they filled me in on their favorite outfits in recent history. Scroll through to find out why they wear what they wear when they’re uplifting others, and learn which memorable closet pieces they certainly won’t forget.

What happened to Cindy Lou Who from The Grinch? Taylor Momsen is all grown up – The Sun