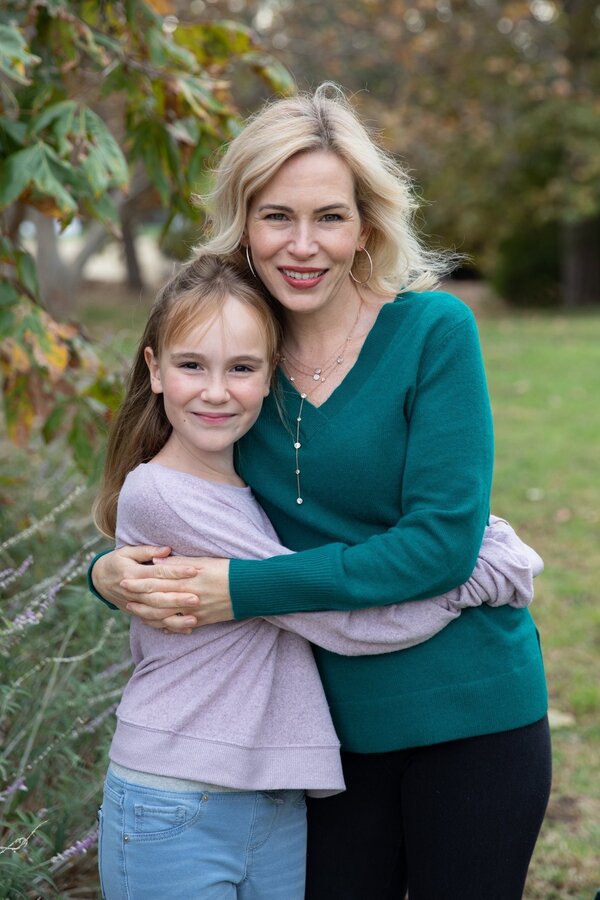 Strapped in the front seat of an ambulance as her daughter lay injured in the back, Kaye Steinsapir took out her phone and began to type.

“Please. Please. Please,” she wrote in part. “Everyone PRAY for my daughter Molly. She has been in an accident and suffered a brain trauma.” Later that day, at Ronald Reagan UCLA Medical Center, she tweeted her message.

Her daughter, 12, was injured while riding her bicycle with a friend near the family’s home in Los Angeles. Ms. Steinsapir, 43, said she was grasping for a tool that could quickly get her plea to as wide an audience as possible.

“I was so helpless,” she said in an interview on Thursday. “I just wanted to broadcast to anyone who could lift Molly up in prayer and could lift me up in prayer, too.”

The hospital’s Covid-era rules initially prevented her and her husband, Jonathan Steinsapir, from being at Molly’s bedside together. The first day of the hospitalization, Mr. Steinsapir spent the days with their two sons at home, while Ms. Steinsapir remained with their daughter in the intensive care unit.

“In the hospital, there were so many hours of waiting, waiting, waiting, and nothing to be done,” she said. In the darkest moments of panic or uncertainty, she reached out on the internet. “So many people shared stories of survival from traumatic brain injury,” said Ms. Steinsapir, who is a lawyer, as is her husband.

“The hope that all these strangers gave us was what sustained us. If we didn’t have that hope, I don’t know how we would have been able to do what we needed to do, to parent Molly and parent our boys,” she said.

She didn’t have much experience on Twitter. Like many parents, she had shared family photographs to a small circle on Facebook and Instagram but in the months before the most recent presidential election, she began to spend more time on Twitter, following news sources and politicians. She barely knew how to tweet.

In turning to her phone to express her determination, anguish and fear, it never occurred to her that she would begin a 16-day-long conversation between thousands of strangers from around the world about life, death, family, religion and ritual.

Alana Nichols, a doctor and lawyer in Birmingham, Ala., checked in on Ms. Steinsapir every day. “As a mother, I was drawn to her vulnerability and her strength, and how she managed to turn Twitter into a positive tool of connection and hope,” she said.

This year, Dr. Nichols said, the election, reactions to the most recent Black Lives Matter movement and the pandemic have turned the internet into a marketplace of anger and vitriol.

“Social media can be so toxic and the doomscrolling phenomenon can put you in this place of total helplessness,” she said. “But Kaye gave us a way to help. She told us we could pray for her and her daughter. Our nation is divided on every big thing happening right now and here it is you have yet another tragedy — but it has had the opposite effect.”

The coronavirus pandemic has left Americans grappling with the colliding forces of isolation and grief, with technology and social media becoming further entangled with the rituals of death. Covid goodbyes are routinely said via FaceTime, with hospital staff using phones and tablets to help family members approximate bedside vigils and final goodbyes.

The Broadway actor Nick Cordero became sick from coronavirus in March and was hospitalized for months before he died in July. Amanda Kloots, his wife, attracted a global online audience of millions that prayed, sang, exalted and ultimately mourned with her. “I just wanted to share because grief is important to talk about, especially at a time right now where a lot of people are suffering from loss,” she said in one video.

Later last year, the model and actress Chrissy Teigen created a national dialogue about our culture’s comfort with public sharing of death and tragedy when she posted on Instagram hospital photographs taken of her, her husband John Legend, and their baby Jack, who was born prematurely and died.

“I cannot express how little I care that you hate the photos,” Ms. Teigen wrote in an essay later that month. “How little I care that it’s something you wouldn’t have done. I lived it, I chose to do it, and more than anything, these photos aren’t for anyone but the people who have lived this or are curious enough to wonder what something like this is like. These photos are only for the people who need them.”

Laurie Kilmartin, a writer for “Conan,” live-tweeted her mother’s last days before she died from complications of coronavirus in June. Ms. Kilmartin had tweeted about her father’s deterioration and death from lung cancer in 2014 and felt even more an impetus to do so as her mother was dying, because of the combination of grief and isolation. “What’s so awful about Covid is you’re completely alone,” she said. “All you have is your phone.”

Ms. Kilmartin followed Ms. Steinsapir’s story on Twitter and understood, from her own experiences, the desire to share in real time. “In a normal situation there would be 20 family members rotating in to support her and her husband,” Ms. Kilmartin said. “I’m glad she had the internet to hold her hand.”

Ms. Steinsapir also explained to her followers why she was letting strangers in on the experience. “Writing and sharing my pain helps to lessen it,” she wrote. “When I’m sitting here in this sterile room hour after hour, your messages of hope make me feel less alone. Even my husband, who is very private, likes reading them.”

In what became a short-form diary, Ms. Steinsapir provided unvarnished description of the realities of witnessing a medical crisis, marked by endless hours of waiting for her daughter to wake up that are then punctured by sudden calamity.

She heaped praise on her daughter’s doctors and nurses, worried about her two young sons, Nate and Eli, and told the internet all about her daughter, an environmentalist and animal lover who chose to be a vegetarian before she was in kindergarten, who was devoted to Judaism and feminism (she used “she/her” pronouns for God) and who dreamed of being a theater actress and a politician.

Like Ms. Teigen, Ms. Steinsapir pushed back against people who criticized her. “Believe me, I wish I were doing anything but desperately begging for prayers to save my daughter on Twitter,” she replied.

But mostly she called for support through prayers. The focus on God was part of what drew Melissa Jones, a mother in Locust Grove, Ga., to read each tweet and reply, even befriending others who were following closely.

“The faith she had hit me,” said Ms. Jones, who cried when speaking about a family she said she has come to love. “The internet right now is a horrible place, the Trump years were very divisive and people have been just so ugly for the last four years, but Molly’s spirit brought out the faith and the goodness in people.”

Ms. Jones had also faced the possibility of losing a child, when her son was critically injured. “My son was in a coma for 11 days and I had that experience of wondering, ‘Is my child going to wake up and am I going to have them back? I knew exactly where Kaye was,” she said.

On Feb. 15, Ms. Steinsapir announced that Molly had died.

“While our hearts are broken in a way that feels like they can never be mended, we take comfort knowing that Molly’s 12 years were filled with love and joy. We are immensely blessed to be her parents,” she wrote.

She agreed to speak to a reporter amid her family’s mourning, she said, because Molly would want her to console the millions of Americans who have lost loved ones in the last year.

“I want to communicate to people that we honor everyone who is grieving and want to share with them the light and love that was shown to Molly,” she said.

I Tried This Savage x Fenty Cami, and It's the Softest Thing That's Ever Touched My Skin

Citrus oil dabbed on cotton wool and hidden behind the radiator is the genius Christmas hack that keeps your home smelling fresh over the festive period, a royal butler reveals