A WOMAN who was desperate to add an archway into her home decided to get creative after being told constructing one would be a "major job".

TikTok user @the_house_acc took matters into her own hands when her dreams of putting an archway into her hallway were dashed by professionals. 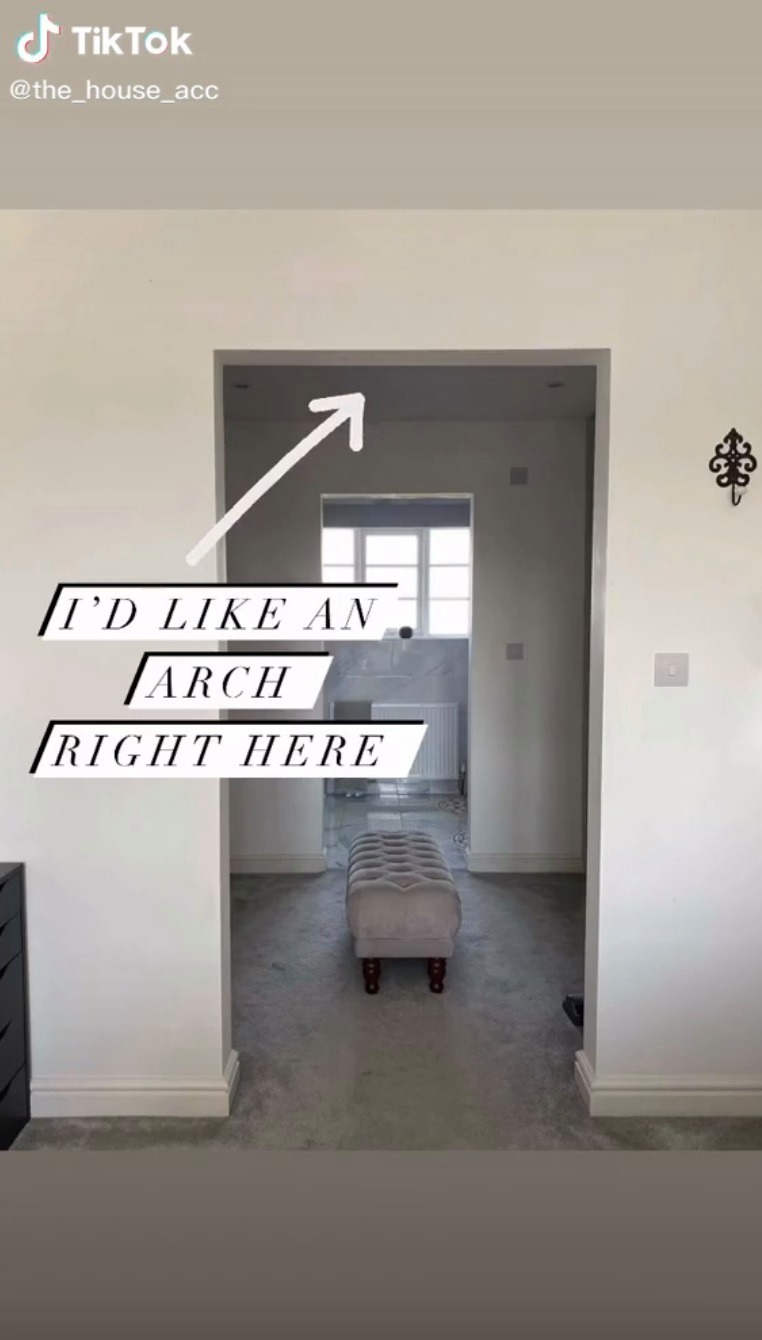 Told it would be a "major job", the DIY fan came up with a quick and easy way to still get the archway she'd hoped for but with a lot less of hassle and saving herself plenty of cash.

Instead, she invested in a £10 tin of stone coloured paint and mapped out her own design on the blank white wall.

"When someone tells you no," she joked, posing with a paintbrush in her video that has now been watched nearly half-a-million times online.

"I'd like an arch right here," she pointed out, explaining: "Major job apparently. Ok let's paint one." 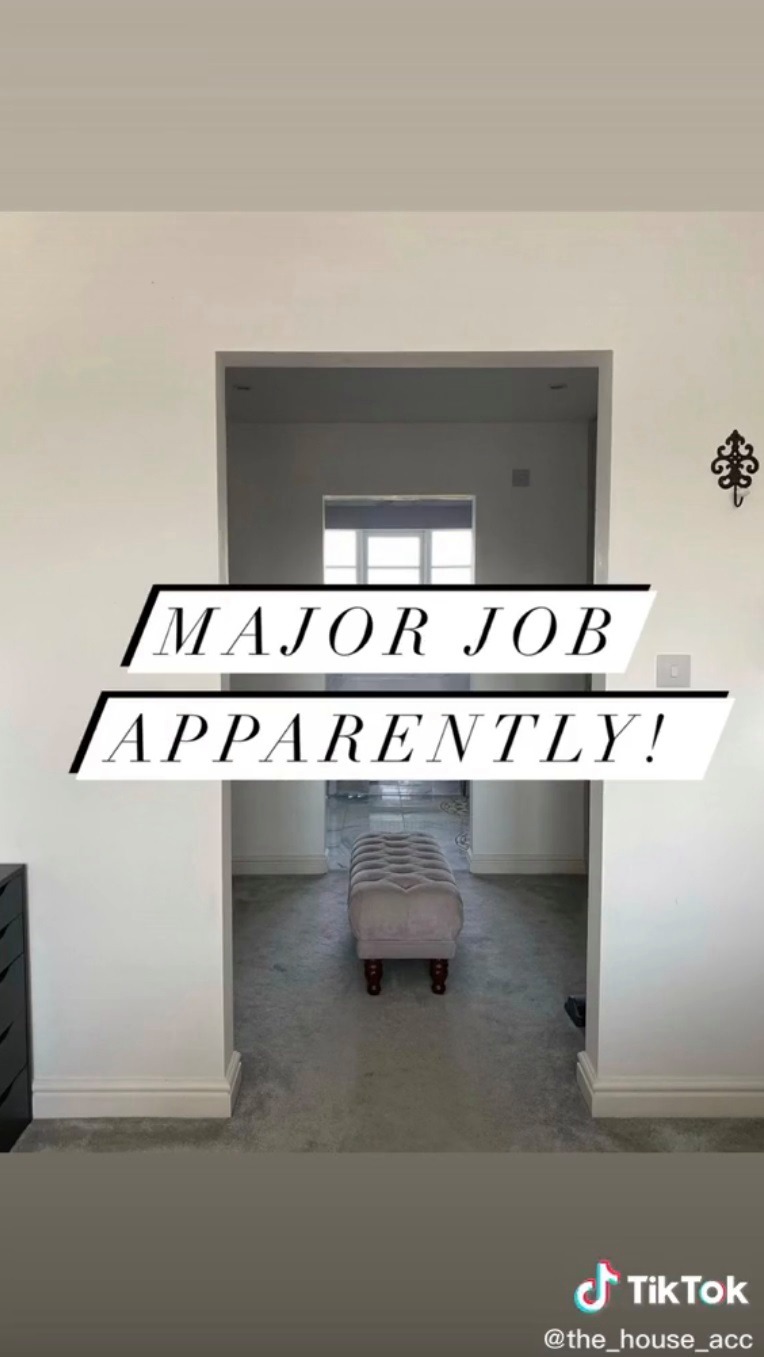 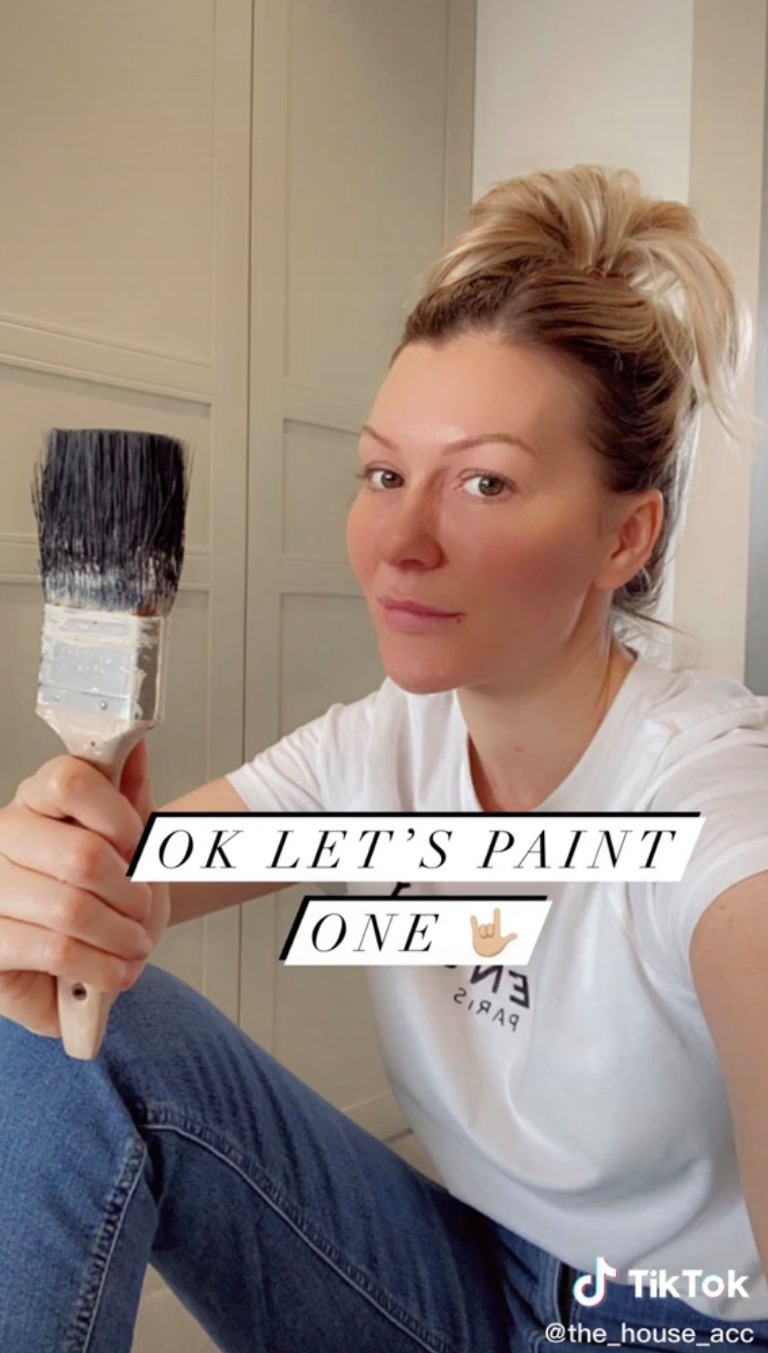 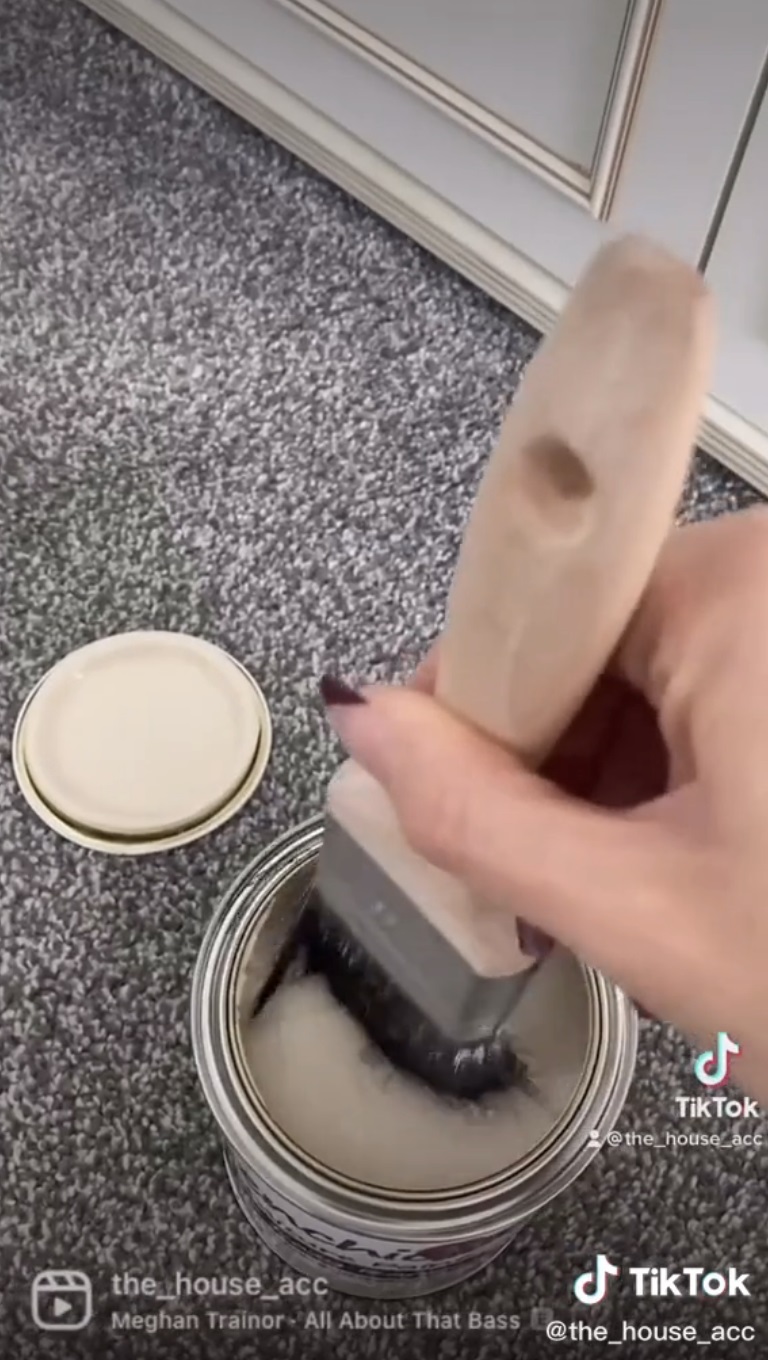 Using tape and a pencil she mapped out her design, before painting her archway on using Frenchic Stone Rosie paint.

She then shared a finished snap of the sharp paintwork that perfectly frames the entry way from the wardrobe space into the bedroom.

People were impressed with the stunning result, with thousands liking her post and hundreds commenting on what a great idea it was. 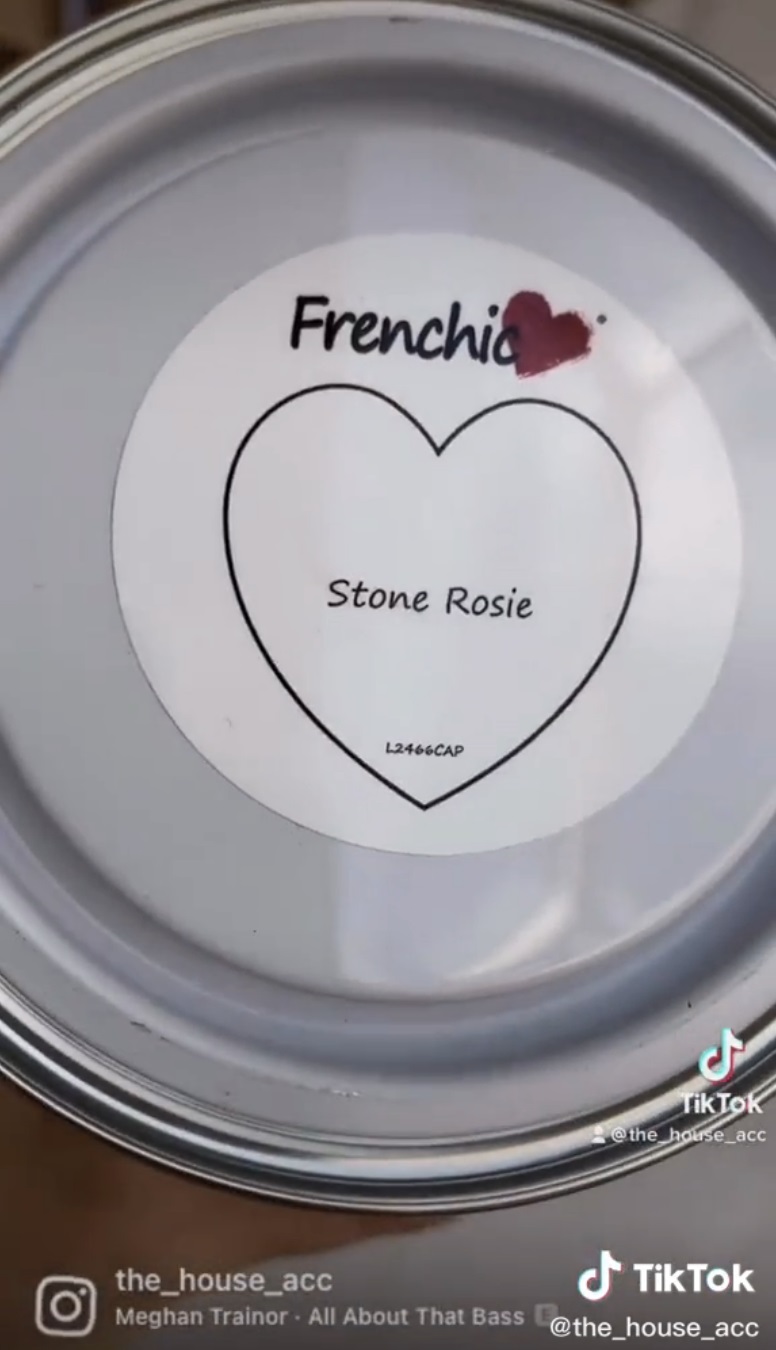 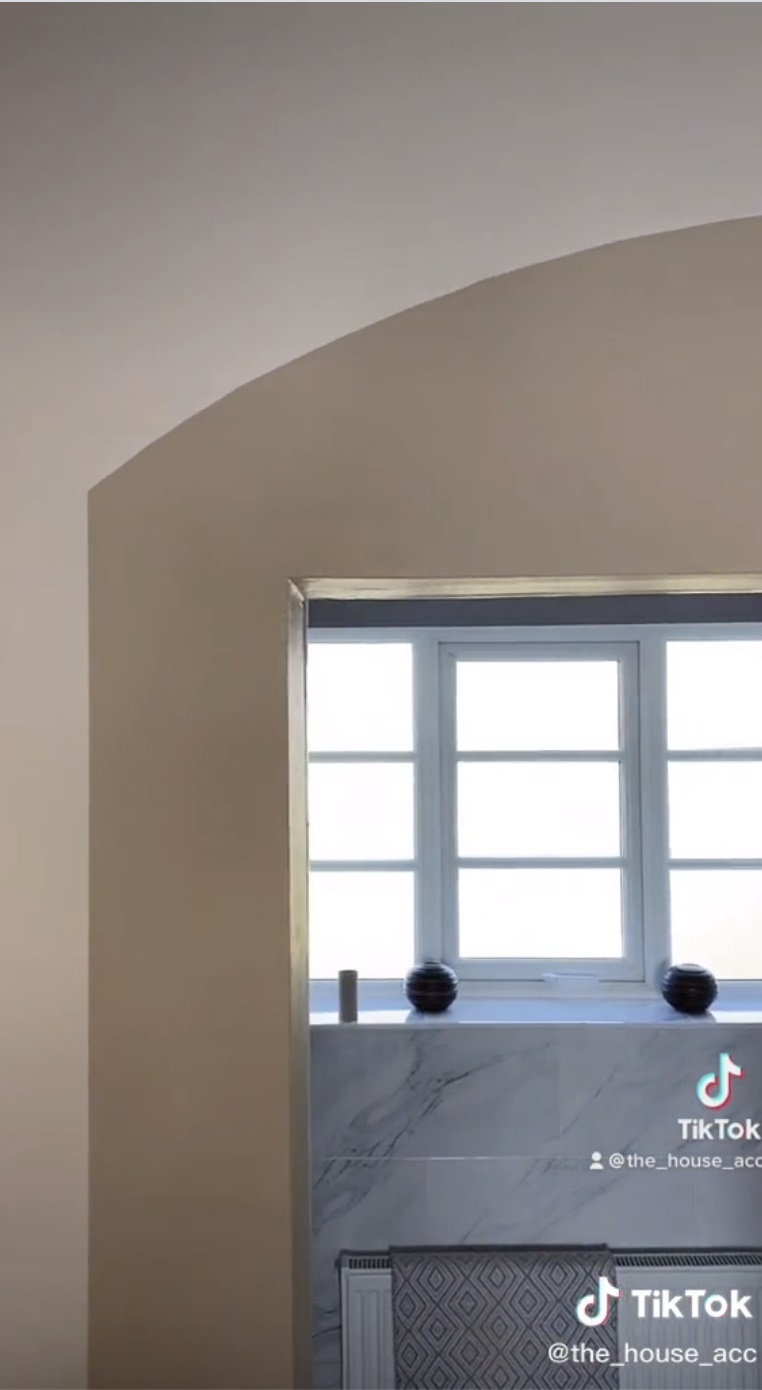 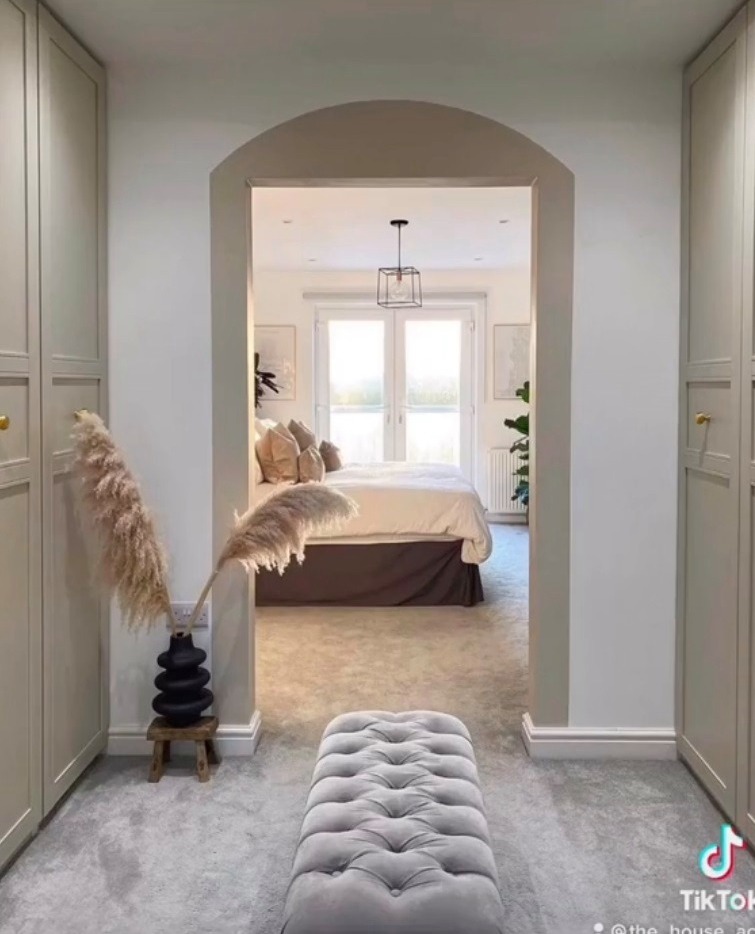 One person praised her efforts and wrote: "That turned out REALLY GOOD!!!"

Another said: "Oooh that's fun! Such a beautiful idea!"

Thinking about recreating the makeshift archway themselves, a third posted: "Looks awesome!! You just answered my prayers for my living room doorway. But you dipping the paintbrush over the rug had my anxiety in high drive."

A fourth joked: "Me looking for a spot to paint an arch."

Insisting that her DIY job was better than bringing in professionals, another added: "Much prefer the painted arch to an actual one."

Meanwhile, check out this DIY fan who totally transformed her outdated kitchen in just ONE DAY – and people can’t tell it’s the same room.

Plus, one woman gave her bathroom a luxe new look for a tenner AND it got rid of her rusty taps.

And this interiors lover transformed her crumbling pink bathroom into a luxury suite with budget eBay finds.